Seattle - We're almost to the weekend folks!  The next three days feature a little bit of everything!

Sunday starts out dry with showers becoming widespread by lunchtime.  And yes, there is a stronger system on the way late Sunday night into Monday dropping lowland rain, wind, and heavy mountain snow! 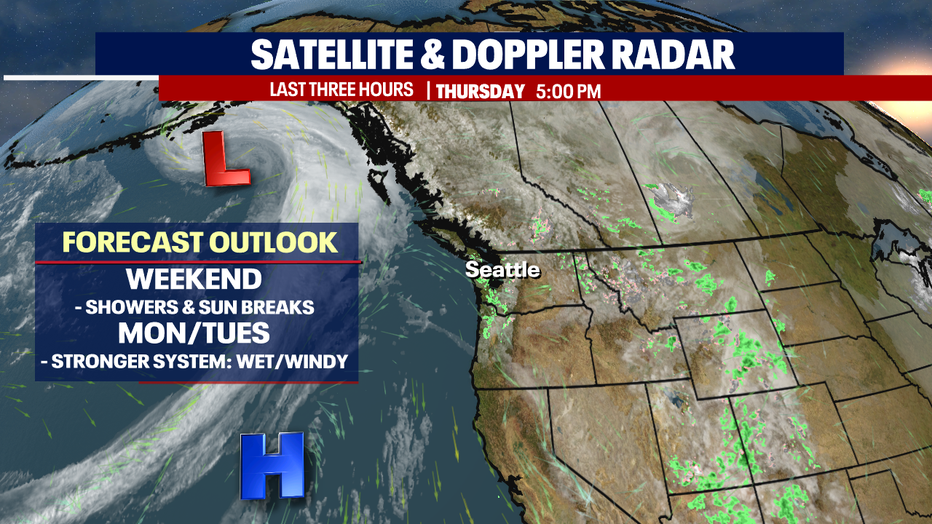 Thursday wasn't so bad with highs just shy of average landing at 54 for Seattle. 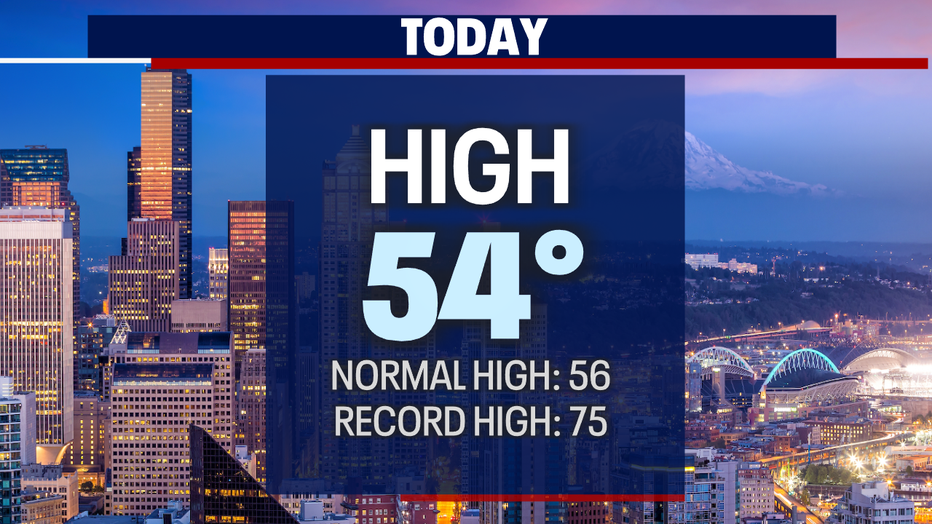 We close out March with less rain than normal.  We were close in the bucket at SeaTac with 3.31".  Average just over 4". 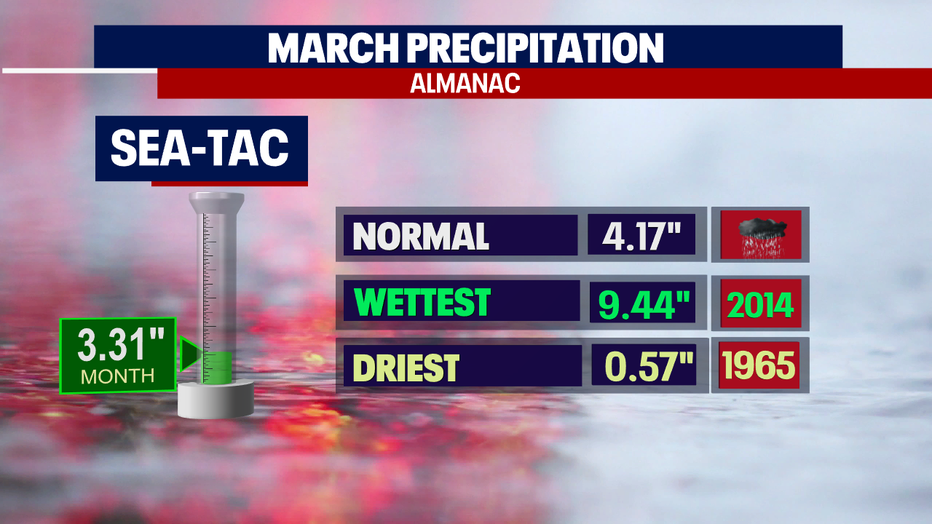 Here's a look at Friday's late system.  Showers pick up overnight into Saturday morning before drying out. Highs land in the mid 50s. 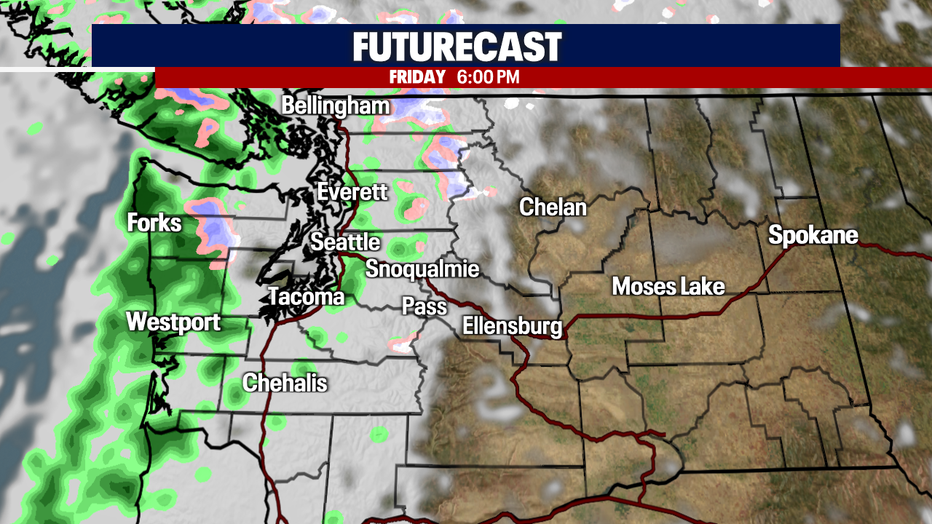 Light showers push in off the coast and hit Puget Sound by noon ahead of a much stronger push later in the evening into early Monday. This system will deliver heavy rain and potentially 1-5 feet of mountain snow over the Cascades through early Tuesday.  Not only will we see rain and snow, but gusty winds too. 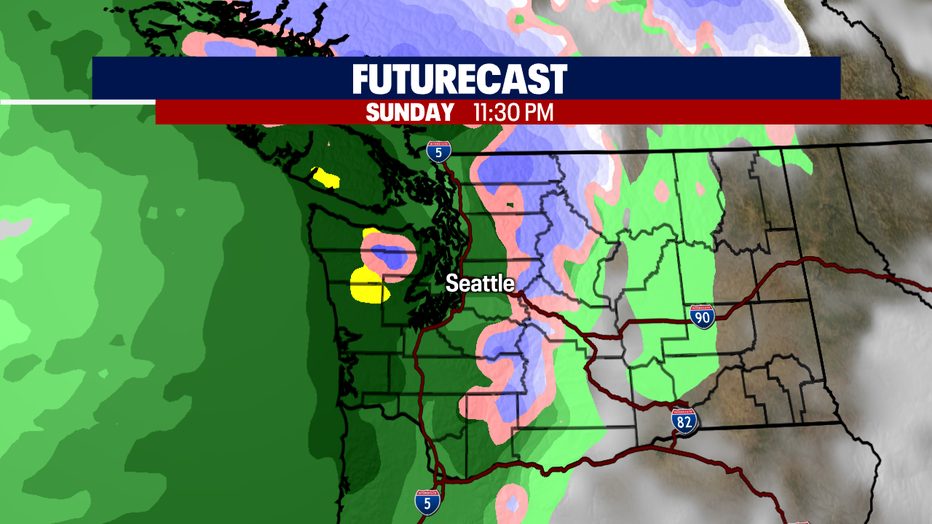 Here's a look at some estimated snow totals through 5pm Tuesday.  Baker lands near 70"!  The rest of the resorts see a foot or two.  If plans have you traveling over the mountains make sure you know the roads and conditions before you go! 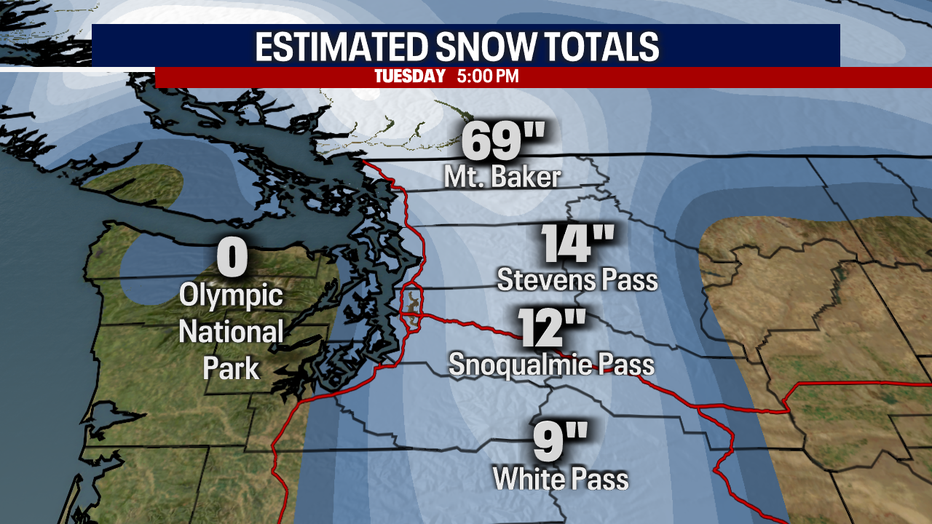 Once we get to Tuesday afternoon the forecast starts to calm down as high pressure builds back in for drier and warmer conditions.  Highs jump from the low 50s Tuesday to just over 60 by Thursday. 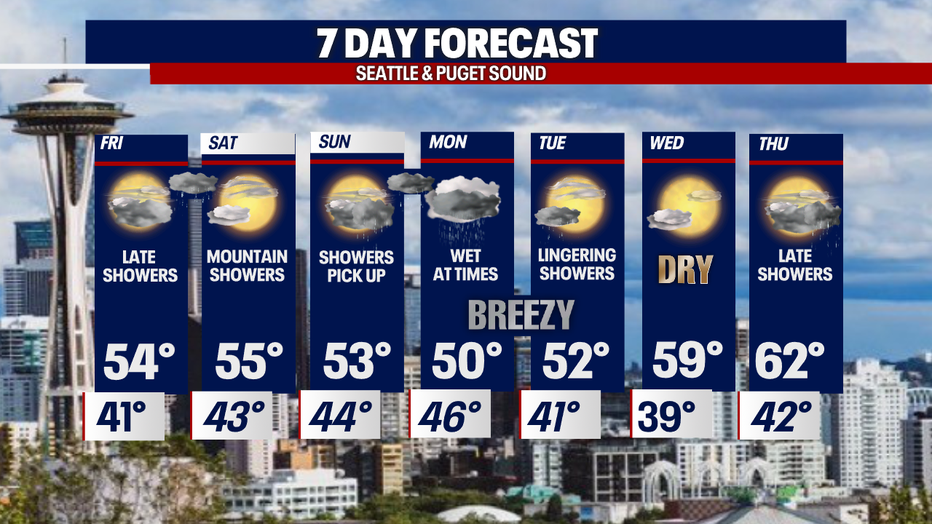 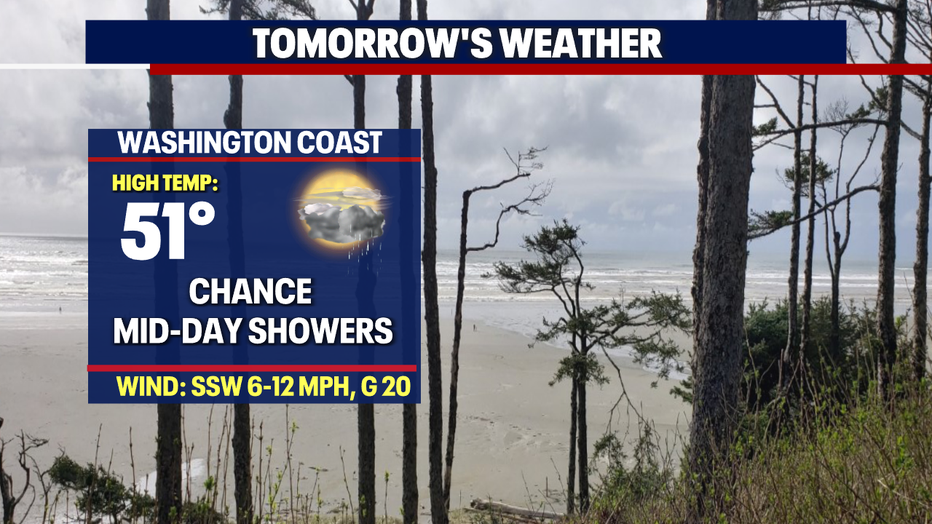 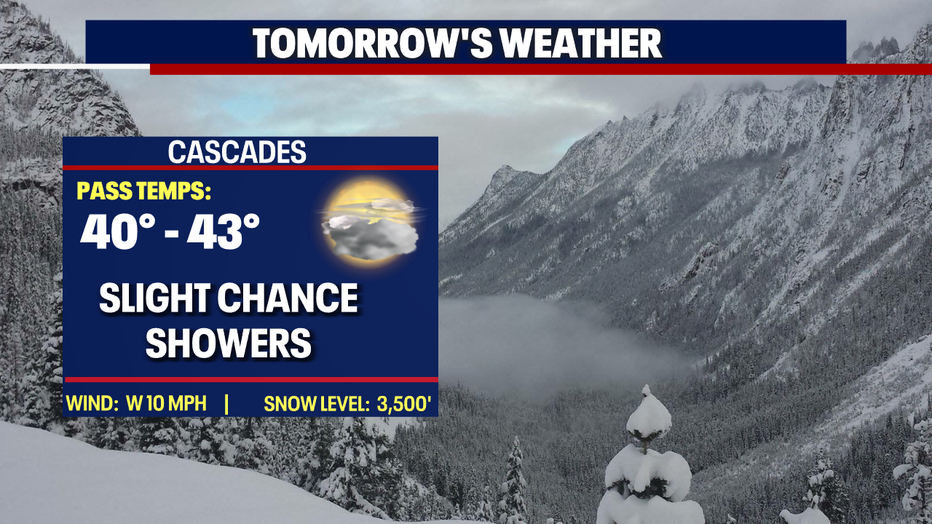 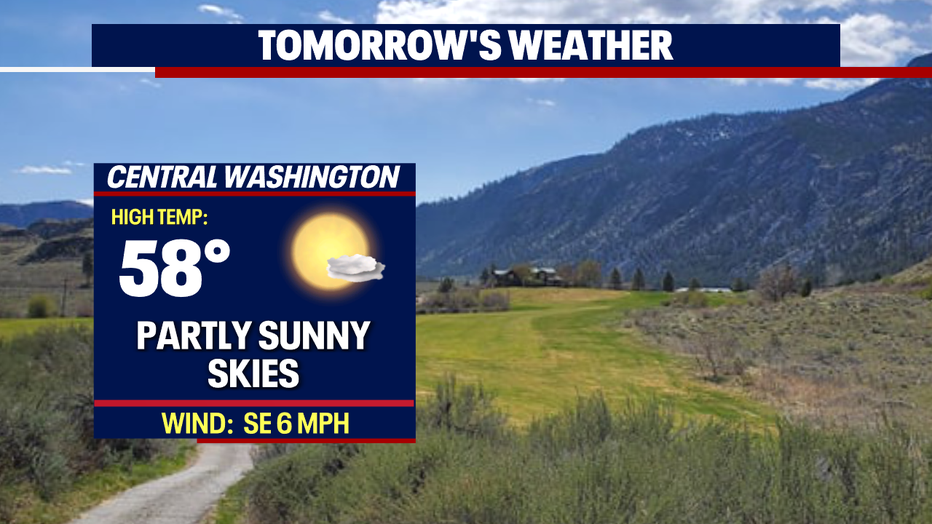