Another hot, dry day on tap

Temperatures will be in the low to mid 90s for much of the Puget Sound region.

SEATTLE - We're not done with September sizzle. Wednesday we set new one day heat records in Olympia (91), Hoquiam (91), and Forks (93) and came within one degree of the heat record at SeaTac (88). But, we're turning up the heat today. Temps soar to near 90 degrees around Puget Sound. The number to beat at SeaTac today is 85 degrees set back in 2007. 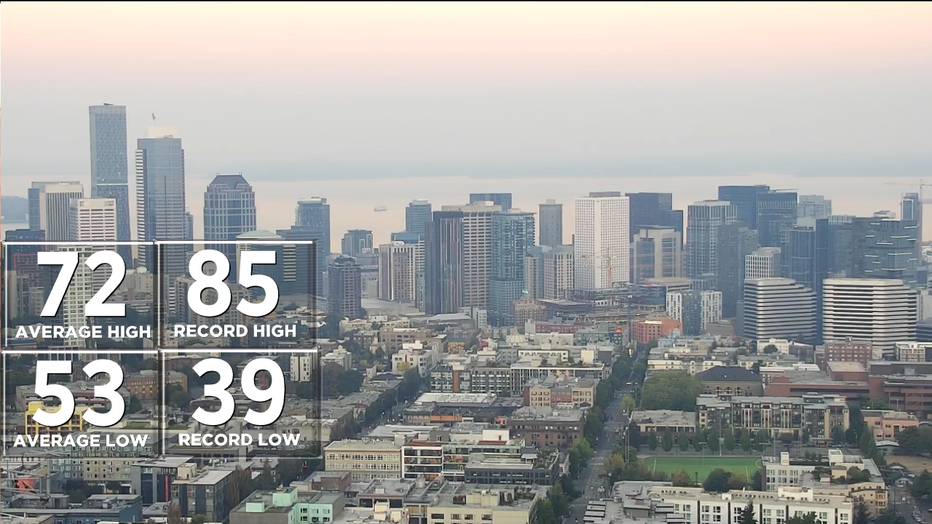 As you can see from our Capitol Hill camera this morning the hazy skies we're seeing already around the region. Air quality is expected to slowly improve over the course of today as winds mix out the worst air near the ground. There's an Air Quality Warning until 11am for most of Western Washington. Until then it's best to limit your time outdoors and keep your windows closed too. 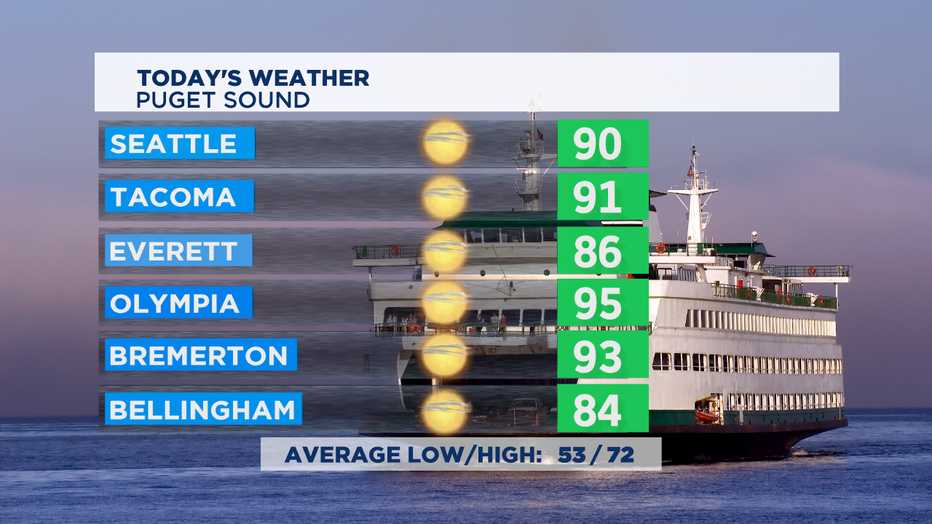 High temperatures in the South Sound, Lewis County, and foothill communities will likely get into the scorching mid-90s. It will likely be the hottest day of the month for a lot of places. Normal high temperature for this part of late summer is 72 degrees. We'll start seeing clouds moving in from the south along the coast today and that will be nature's air conditioning for the whole region over the next few days as the unseasonably strong ridge of high pressure shifts east. 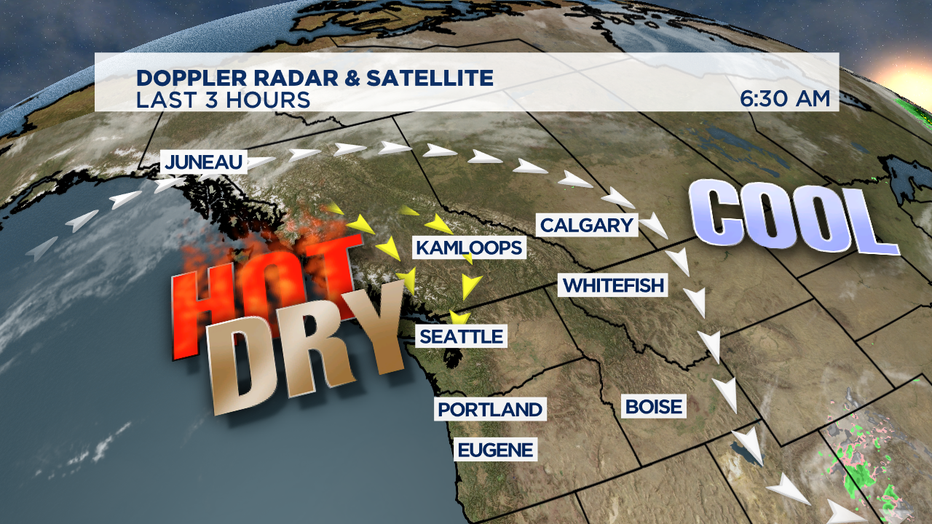 As we see more marine influenced air coming into Western Washington tomorrow and Saturday we'll be near 80, and even cooler with a marine push moving in Sunday. Morning clouds and afternoon sun and finally seasonal temps in the low 70s arrives for Sun/Mon. 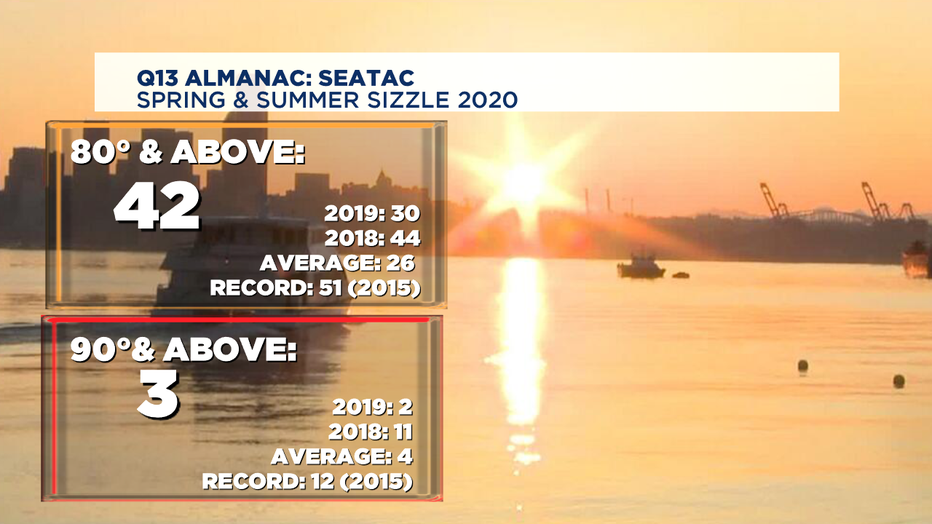 In the meantime, will be our 43rd day of 80 or warmer. So far this year, we've had 168% the usual days above 80. If we reach 90 at SeaTac this afternoon, it'll be our fourth day of 90s this year we've seen that kind of hot weather, which what we manage in a typical Seattle summer. 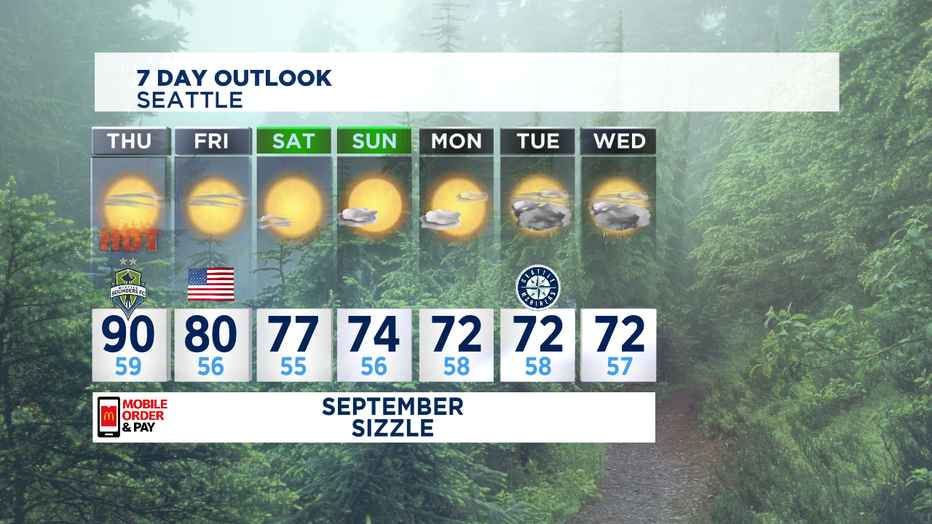 We've actually got some possible September rain heading our way. Too soon to tell if the incoming weather system will hold together enough to really make a dent in our arid conditions. We're coming off an unusually dry July and August and have seen zero rain around the Seattle metro this month. Normally September delivers an inch and a half of rain, last year had a soggy September with more than double that amount. -Tim Joyce