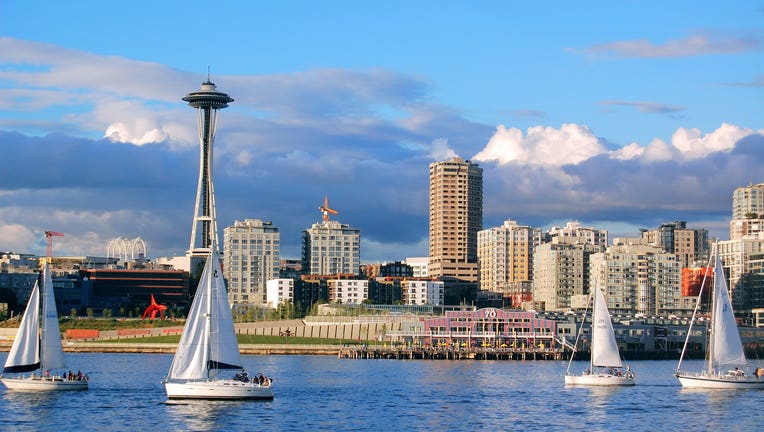 SEATTLE - The city with the rainiest reputation in the nation has just become even rainier.

But if it's any consolation to those Seattleites who prefer to get through a day without dodging puddles, it's become a bit warmer too.

Before this week, the normal daily, monthly and yearly high and low temperatures and rainfall were computed using data from 1981-2010. But every 10 years as the decade changes, NOAA updates the numbers to cover the most recent 30 years.

Here is what's new for Seattle and Western Washington:

The 2010s saw a vast majority of its months coming in warmer and wetter than normal in the Emerald City. 2015 was the warmest year on record in Seattle and just about every month's record for warmest average temperature was set in the last decade.

The exceptions are the summer months where the scorching summer of 1967 remains king, but in July and August, the months that hold 2nd through 8th place all happened in the 2010s.

Overall, every month saw its normal high and low temperature climb in the new measurement period, led by May and July which saw their average high temperatures climb 1.6 degrees. June is noteworthy that for the first time, the month has an average high over 70 degrees (71.1) after decades at 68 or 69 degrees.

The weakest rises were noted in late winter and early spring. The average annual high temperature in Seattle now stands at 61.3 degrees -- a climb of 1.0 degrees. 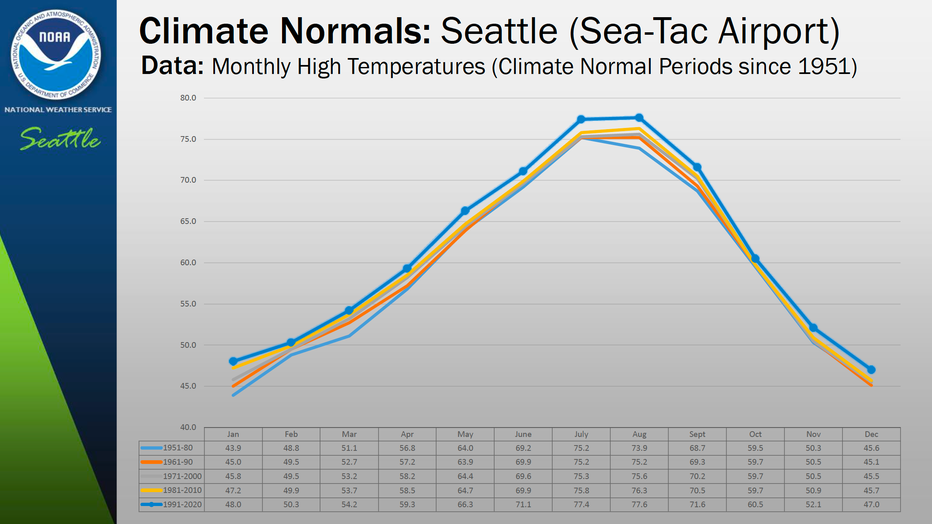 The peak normal high temperature of the year also climbed a degree to 79 degrees. From July 21-Aug. 9 you'll see a normal high of 79 now on the weather almanac pages -- a bump up from the 78 degree peak in the previous 30-year period. Seattle's coldest normal high in late December also rose a degree from 45 to 46.

Seattle had a lot of company as every reporting station in Western Washington noted a rise in temperatures, according to the National Weather Service office in Seattle.

Seattle has also become even wetter, if you can believe that.

That soggy decade has pushed Seattle's new annual rainfall normal to 39.34 inches -- a rise of nearly 2 inches from our previous normal of 37.49 inches. It's far and away the largest increase in normal precipitation since these 30-year period normals began in 1951-1980 data set. 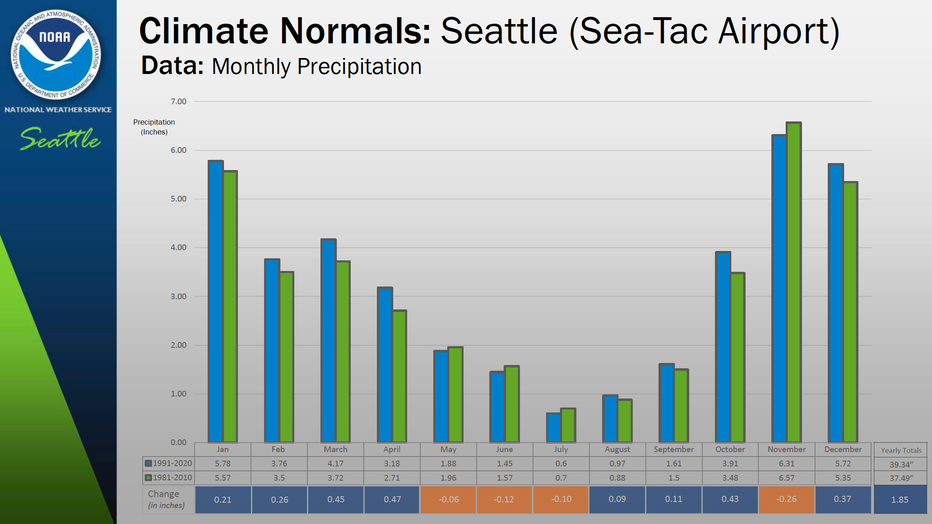 In fact, all stations in Western Washington measured an increase in annual rainfall except Bellingham, which dropped a little over an inch per year (1.12") to 34.71 inches, according to the NWS. Lead Meteorologist Dana Felton suggested that the Western Washington had experienced an increase of atmospheric river (heavy rain) events which brought more rain to much of the region, but had an opposite effect of extending the Olympic Rain Shadow farther to the northeast, covering a bit more of Whatcom County.

On the other hand, Forks can now boast it receives over 100 inches of rain per year, rising to 101.32 inches from 99.54 inches in the previous measuring period.

The average number of days it's rained in Seattle in any given year has also seen an increase to 156 from 152. That puts it just one day short of its record of 157 calculated in the 1951-1980 group.

Eight of the 12 months now have a higher monthly rainfall normal, with the bulk of the increase coming in the first four months of the year and another surge in October. The late spring and early summer ended up becoming a little drier and November dropped a touch from its lofty peak but still remains far and away the wettest month of the year.

Seattle became slightly snowier too, despite the increase in warmth. The average annual snowfall bumped up to 6.3 inches from 5.9 inches.

Western Washington matched much of the rest of the nation in seeing a warming trend over the past decade with just the upper Midwest the lone spot with minimal warming or even a little cooling in the Dakotas. 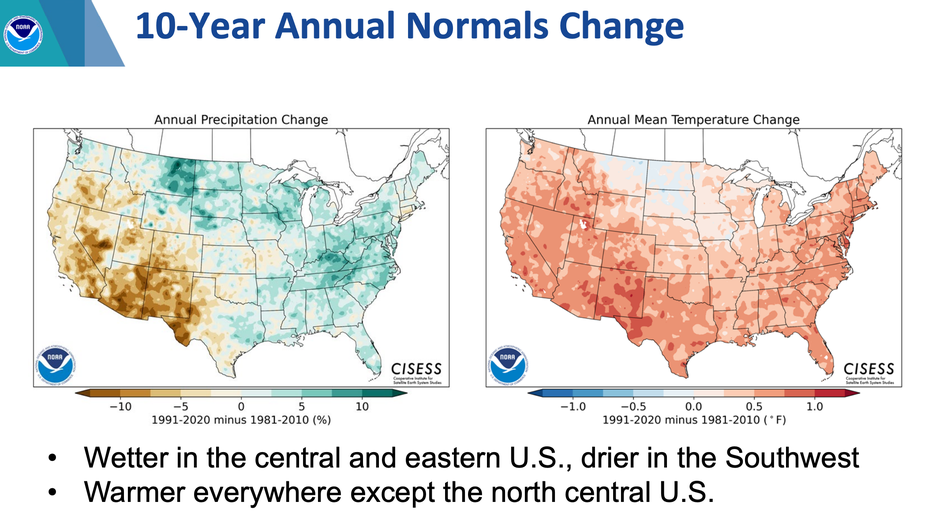 Western Washington was not alone in becoming a bit wetter, with parts of the Great Plains and the Southeast seeing even greater percentage rises in annual rainfall. Meanwhile, the Desert Southwest has been trending much warmer and drier.

These "new normals" will now be used until 2031, when the NWS will update its calculations again for the 2001-2030 time period.