Are we going to have a "White Christmas" in Seattle and Western Washington? The FOX 13 Weather Team is tracking below-freezing temperatures in your holiday weekend forecast.

SEATTLE - Are we going to have a "White Christmas" in Seattle and Western Washington? The FOX 13 Weather Team is tracking below-freezing temperatures in your holiday weekend forecast.

White Christmases are pretty rare here in Seattle. We've only had three in the past 134 years with more than an inch of snow.

Will the Pacific Northwest have a White Christmas?

The forecast will likely change as we get closer to the weekend, but here is how things are looking right now for Seattle, Tacoma and Everett, and the lowlands of King County, Pierce County, Snohomish County, Kitsap County, Thurston County, Mason County, Jefferson County and Lewis County:

Get weather alerts in the FREE FOX 13 Seattle app. Download for Apple iOS or Android. 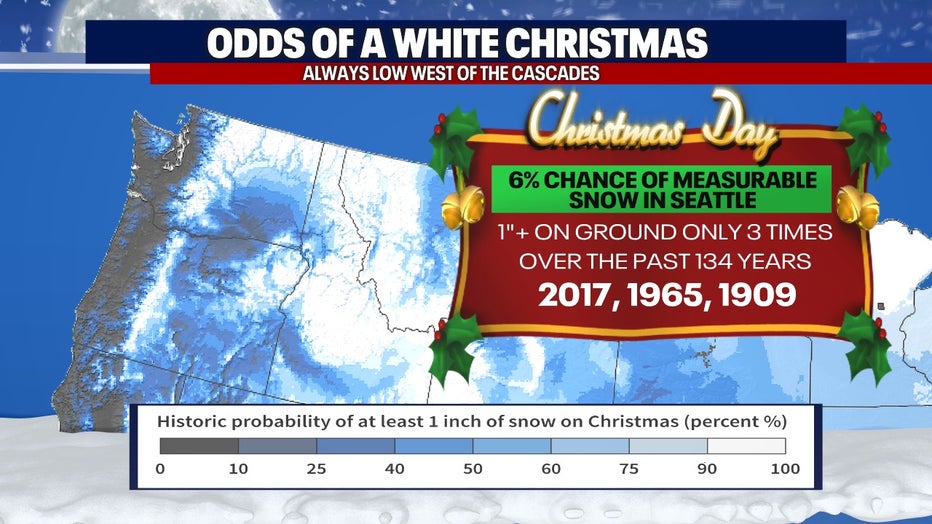 Will it snow in Portland, Oregon?

The National Weather Service in Portland also says it's looking more likely that Oregon and southwest Washington will see a snowier weather pattern late this weekend and early into next week.

Meteorologists say 1" of snow is more likely than not on the Oregon coast and the probability of at least 4" of snow falling in the Willamette Valley are around 50/50.

We get a dusting of snow early next week. Maybe a few flurries and temps stay cold, but we avoid a deep freeze.

A surge of arctic air pushes into the Northwest bringing overnight lows into the teens and daytime highs into the 20s. That’s what we call a "deep freeze."

At least one snowstorm hits early in the week and the city locks down for a few days until we thaw out after the New Year.

The bottom line is, make sure to check back with us regularly this week.

Travel over the passes will be difficult over the next several days and we could be in for some winter weather in the lowland early next week. 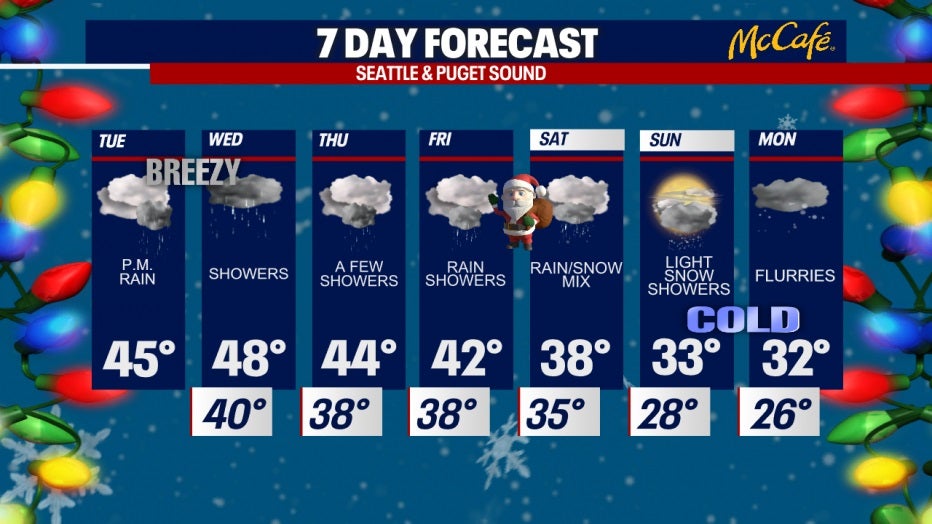 First day of winter, shortest day of the year

Dec. 21 marks the first day of winter and the shortest day of the year.