Seattle: Snow to continue for some, rain for others

Snow arrived in the Seattle-metro area and it's expected to wrap up in the early afternoon. Snow will continue for some and others will get rain.

SEATTLE - Many communities in the North Sound and Port Angeles woke up to heavy snow. The cold air won out in Seattle as the day went on Tuesday.

The National Weather Service reported snow up to 12 inches of snow in parts of Whatcom County. In Bellingham, we got a report of 7.5 inches. Here's a look at other snow totals so far: 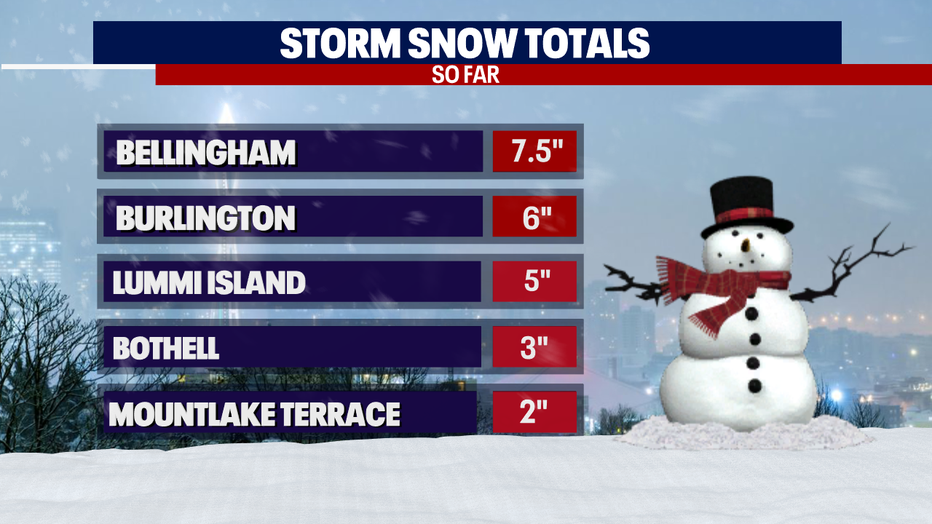 Some of these photos and videos are impressive – check out these snapshots of the snow: 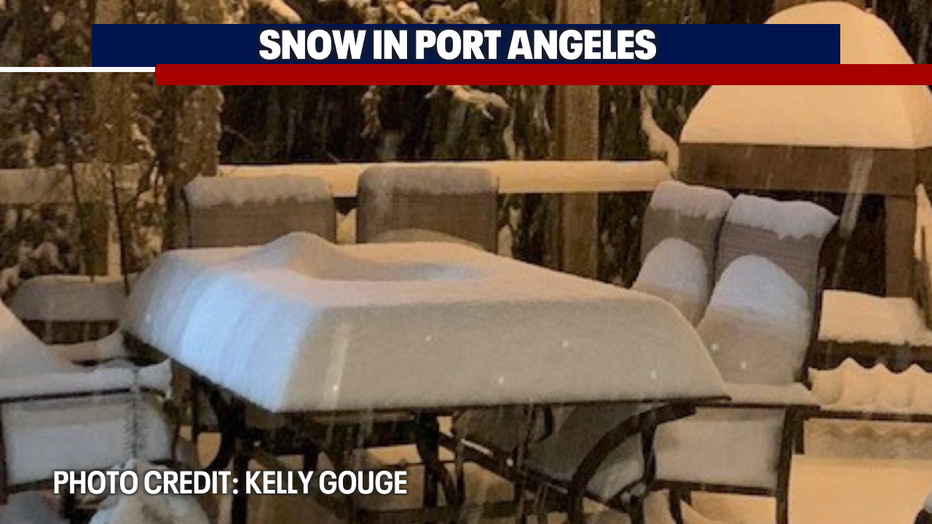 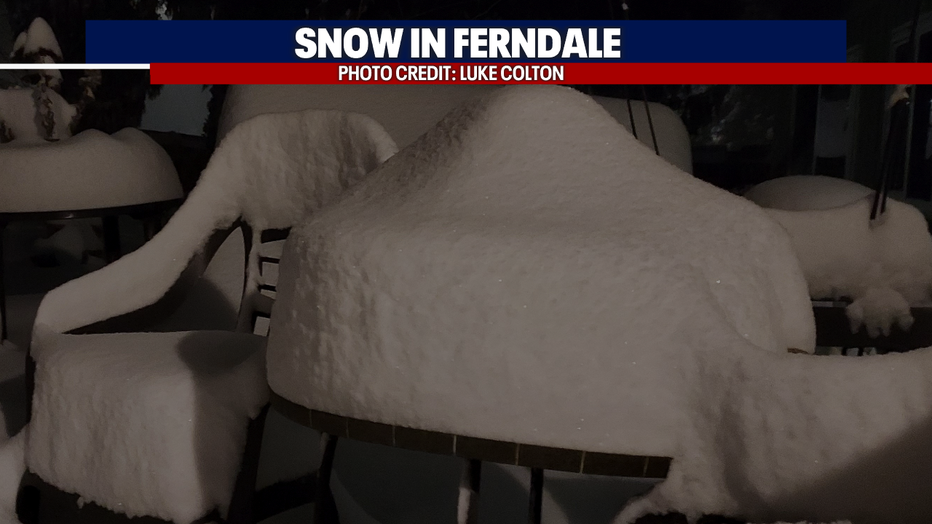 The heaviest precipitation is happening this morning before gradually tapering after 1:00 p.m. There could still be pockets of snow this afternoon and tonight, but it shouldn't be as widespread as what we're tracking earlier in the day. 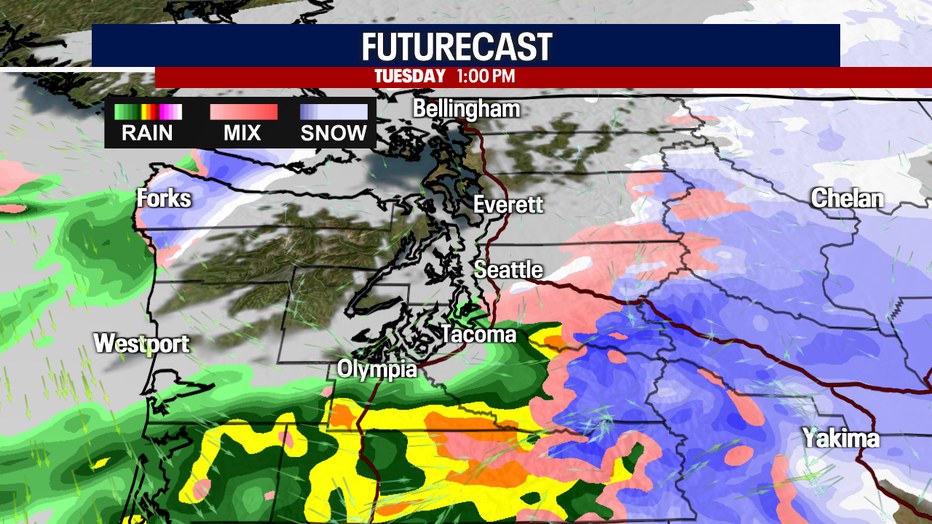 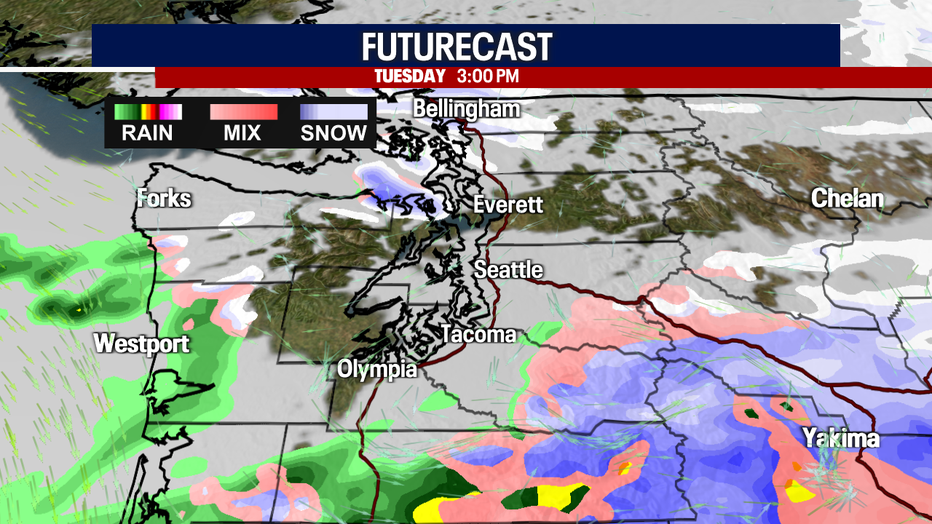 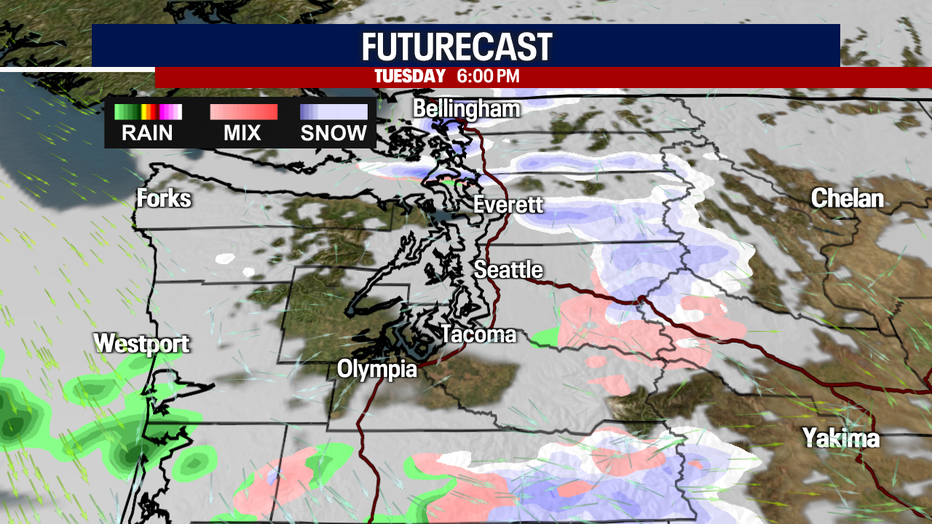 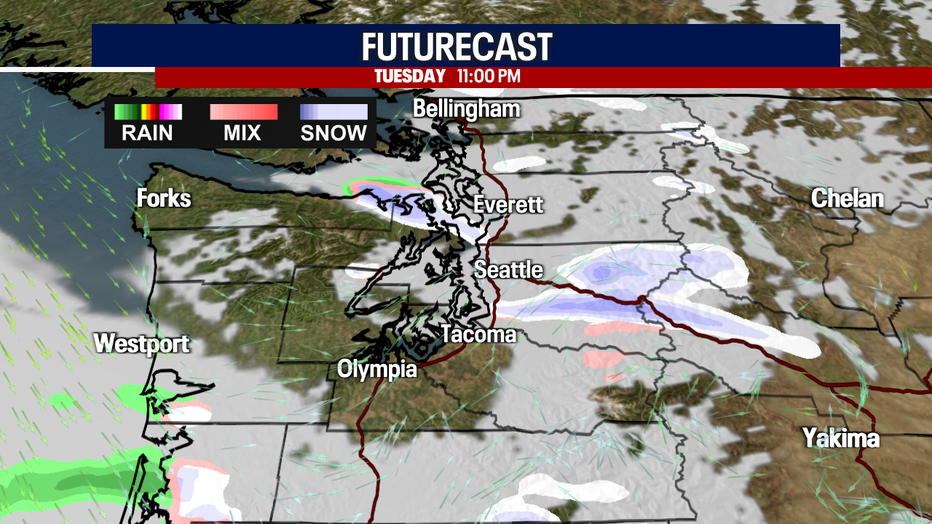 Wednesday will be mostly dry, but icy and snowy roads will still be a problem as temperatures hover below freezing for most. 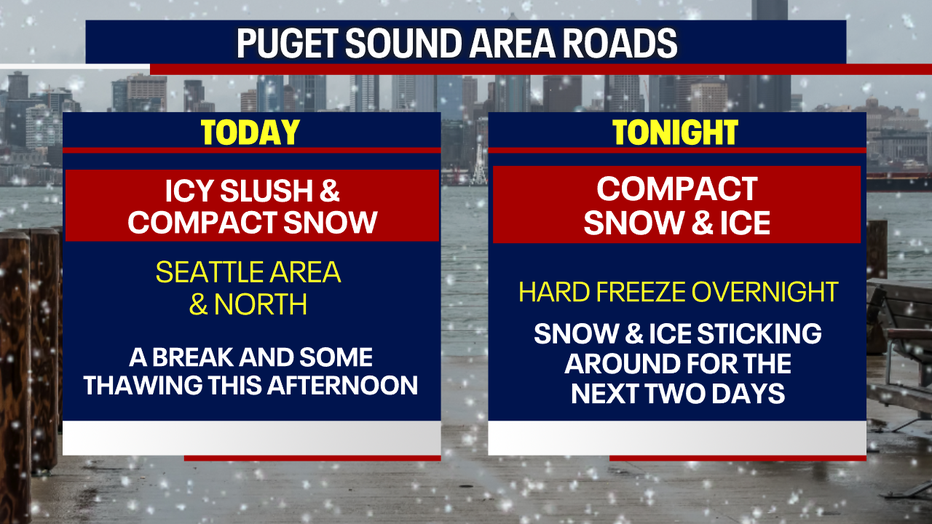 We need to watch the forecast for Thursday night to Friday carefully. There's a chance for a wintry mix, even including freezing rain. In many ways, freezing rain can be more dangerous than snow because it's not easily seen by drivers sometimes.

Going into the weekend, warmer air pushes into Western Washington. The weather looks rather soggy for Christmas weekend, but it looks like precipitation will be rain in the lowlands, not snow. Stay with us as we track the latest! 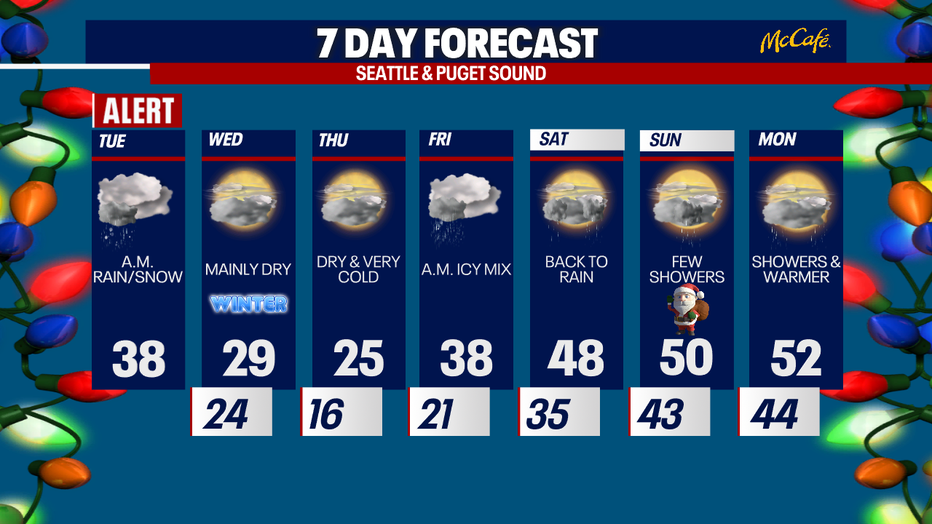 Washington State Patrol Trooper Kelsey Harding is talking to Good Day Seattle about the road conditions as falls over Western Washington. Harding recommends people to stay home but if you have to go out, slow down and give enough following distance.