FOX 13 Meteorologist Brian MacMillan has below freezing temperatures in the forecast leading up to Christmas.

SEATTLE - Rain and snow is falling across Puget Sound as temperatures are expected to drop below freezing in the days to come.

The snow will continue to accumulate through the Tuesday morning and will begin to clear out in the afternoon. Snow totals are going to range, depending on where you are. The further north you are, the better odds of seeing higher snow totals. The further south you are, the more likely you'll experience rain and a winter mix at times. 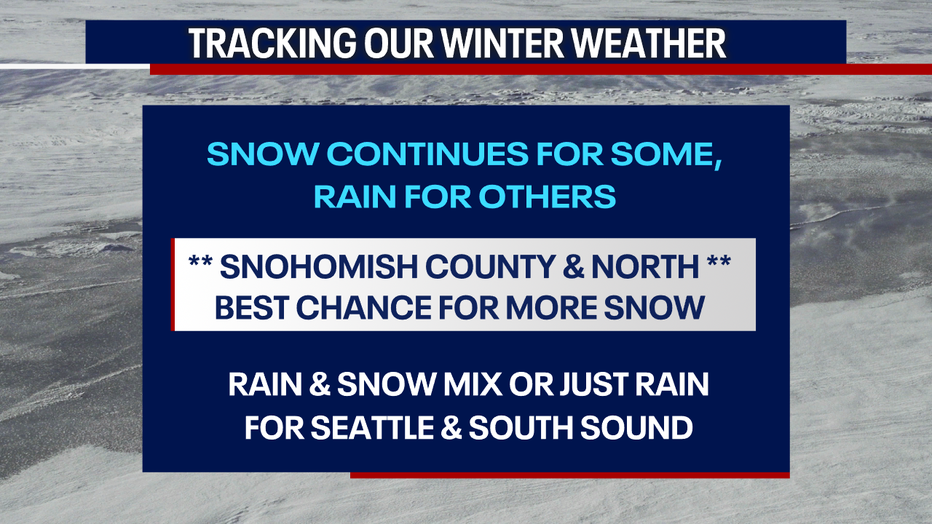 Now, the majority of the snow accumulation will take place after midnight—with the heavier snow totals across the Cascades and foothills.

The snow line will be tricky to track but expected the fluctuation of snow and rain at times throughout parts of the Central and South Sound. Here is a look at the timeline through Tuesday with our in-house model: 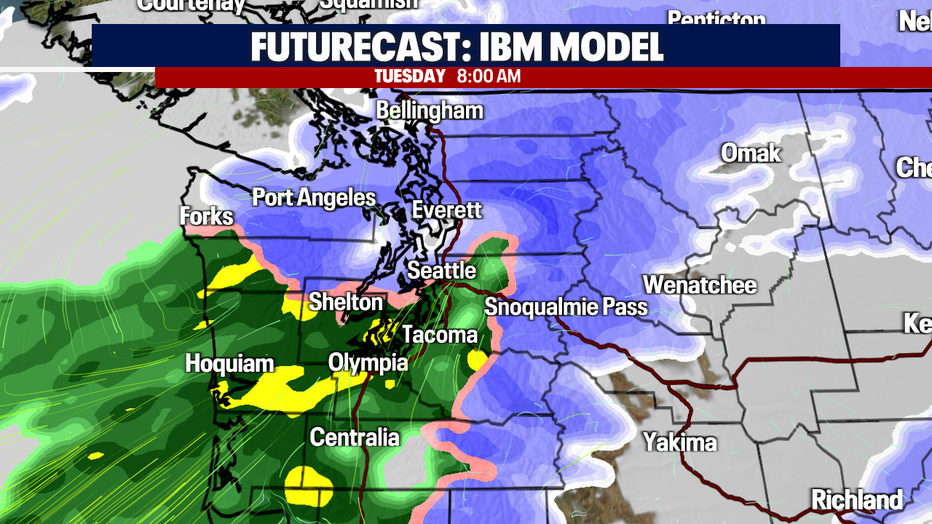 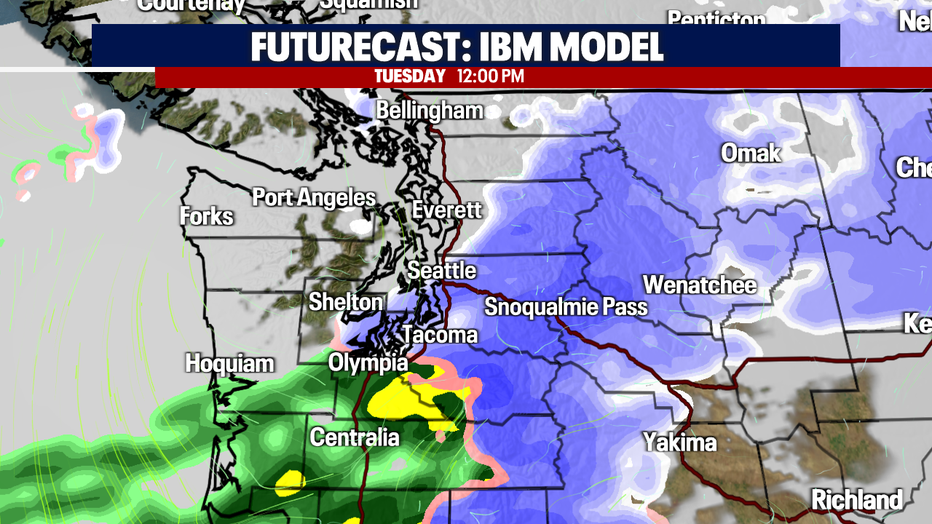 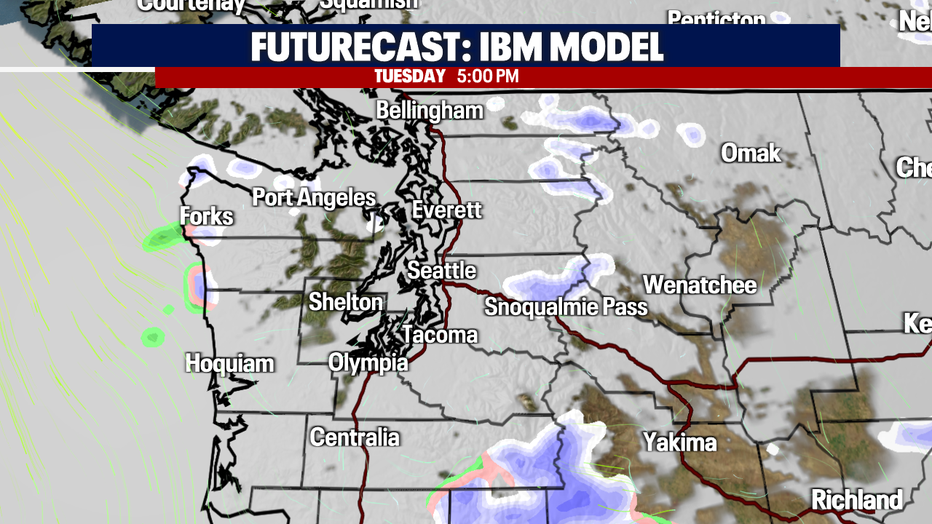 Rain and snow showers will continue on and off through Wednesday morning, but it won't be significant. After the snow, the next story will be the freezing cold temperatures and icy roadways!

Tuesday's highs will vary drastically. That's why we'll be watching for that snow/rain line as the day progresses. Here is a look at Tuesday's highs: 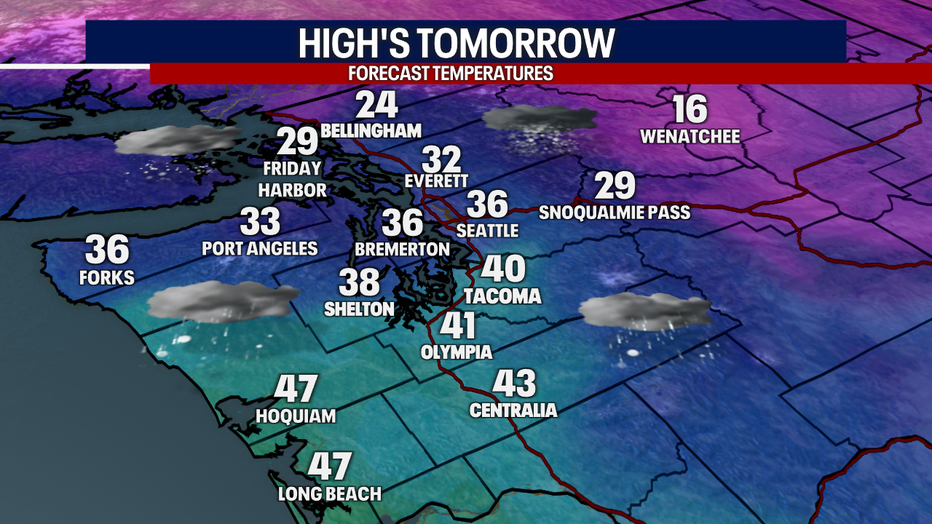 I mentioned the next concern will be icy roadways as we head into the middle of the week. Temperatures won't even make it above freezing as we head into Wednesday and Thursday. It's going to be a cold week ahead, but temperatures warm up in time for Christmas! Here is a look at your 7-day forecast: