SEATTLE - Tens of thousands of people were without power Wednesday morning after heavy snow and powerful winds whipped through parts of Western Washington.

While the worst of the weather is done with this particular system, we're not out of the woods just yet. There are a few more opportunities of lowland snow ahead.

You can plan on mostly cloudy skies on Wednesday, some sunbreaks, cool temperatures and occasional showers. The winds have settled down for now: that's the good news. We're not expecting powerful winds. Friday could turn breezy or windy. 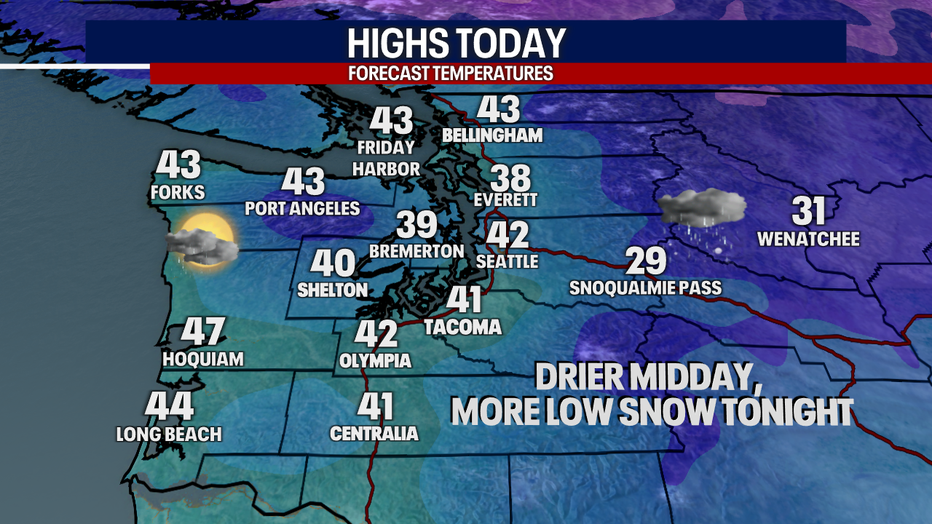 There are still several winter weather alerts in effect, primarily over the mountains. Check back with us and the National Weather Service throughout the day for updates. 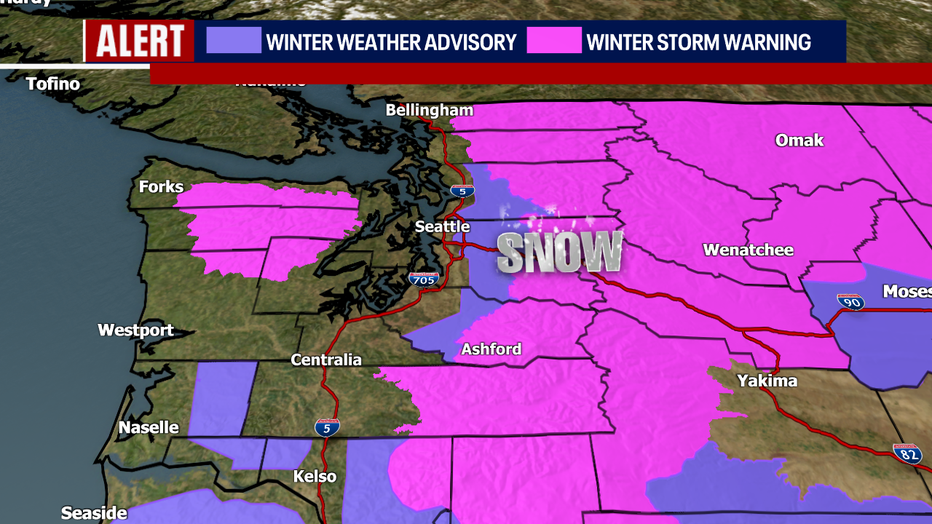 Roads are still a mess after the overnight snow into early this morning. However, with highs in the upper 30s and low 40s, a lot of that snow in the lowlands will continue to melt. Unfortunately, temperatures will plunge below freezing across Western Washington tonight and into Thursday morning. Ice could be a big problem.

The passes will remain extremely treacherous. While there could be on-and-off snow throughout the day for the mountains, the heaviest stuff is done for now.

Let's talk about what we're tracking for Wednesday night. Even though we are just hours away from our next round of precipitation, there remains great uncertainty about how this system will unfold. The forecast models have vast differences, some showing widespread snow across much of Central and South Puget Sound. Others show that showers will be more isolated or scattered.

Bottom line: if bands of heavy snow develop, there could be upwards of one to four inches of snow for the Puget Sound lowlands (even higher totals depending on how long the snow sticks around). However, I think it's most likely that the I-5 corridor between roughly Everett (if not a little north or south of that) and Olympia will just get a trace to an inch of snow. If that. Communities east of I-5 and closer to the Cascades could get a little more if the snow develops. Keep in mind: this could be a non-event if this system tracks farther south than what we're currently expecting. Stay tuned for continuous updates throughout the day! 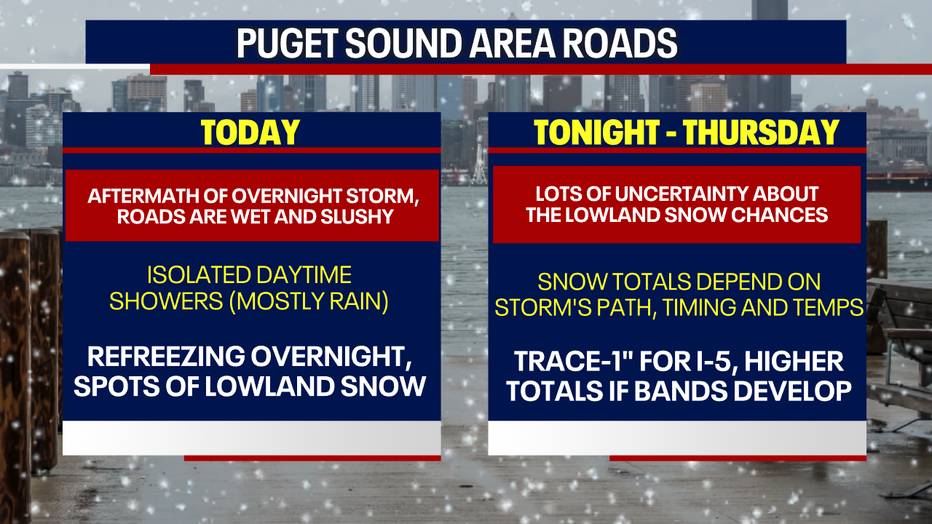 Friday night to Saturday, there could be another shot of lowland snow mixing with rain. We'll continue to track that and keep you posted on the developments.

Right now, it seems like Sunday through Tuesday may trend drier, but this forecast is also subject to change.