The FOX 13 Weather Team is calling a Weather Alert Day as they track just how much lowland snow we could see Tuesday.

SEATTLE - Get ready for a messy and tricky evening commute. After starting the day with some flurries in Central and South Puget Sound, even heavier precipitation is on tap Tuesday afternoon and evening. 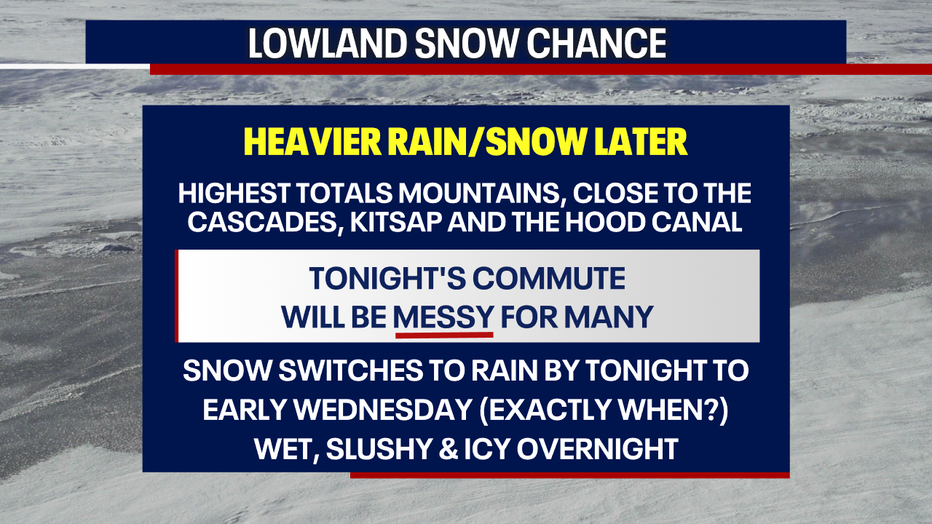 Even though this storm is nearly upon us, there remains uncertainty in the storm's timing, totals and impacts. What we do know: some communities could have heavy snow and high impacts. Others will just deal with wet roads and rain.

Eastern King County up north, the foothills of the Cascades, the Kitsap Peninsula and the Hood Canal have the best chance for accumulating snow today and Wednesday. The passes will get slammed with snow as well. Tacoma, Olympia and Centralia have a lesser chance for snow later today. If there's any additional snow for those communities, little to no extra accumulation is expected.

The passes will get significant snow. One to two feet of snow could pile up over the passes into Wednesday. There, a Winter Storm Warning is in effect until 4 p.m. Wednesday. A Winter Storm Warning is also in place for the Cascade foothills, the Hood Canal and Kitsap Peninsula where three to eight inches of snow could stack up (localized higher totals where heavy bands set up).

A Winter Weather Advisory is in effect for Seattle, Everett, Mount Vernon, Bellingham, Camano and Whidbey Islands, Port Townsend, Port Angeles, Sequim and the Lower Chehalis Valley. Up to four inches are a possibility in these areas. However, the forecast for Seattle is quite tricky. The rain/snow line will be wobbling over the Seattle metro area. If this dives south, Seattle could accumulate a few to several slushy inches. If this rain/snow line moves north, Seattle may just see rain. 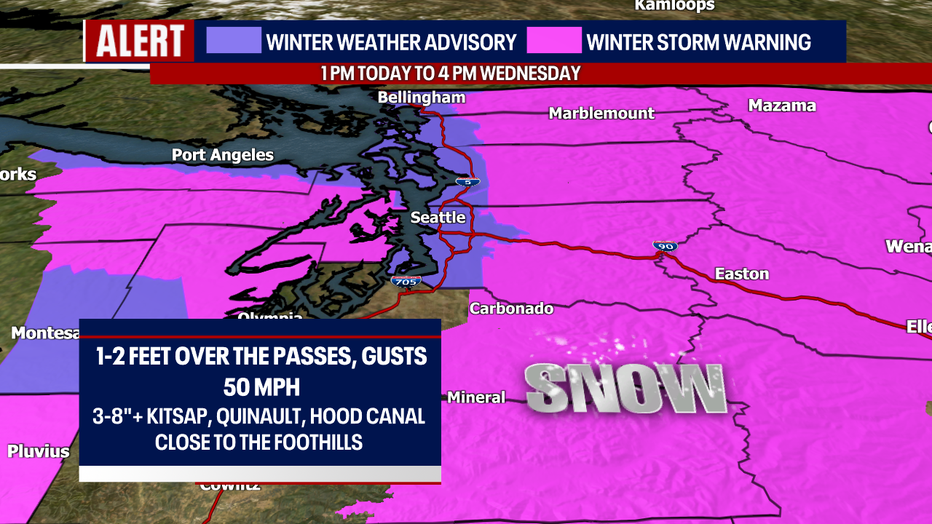 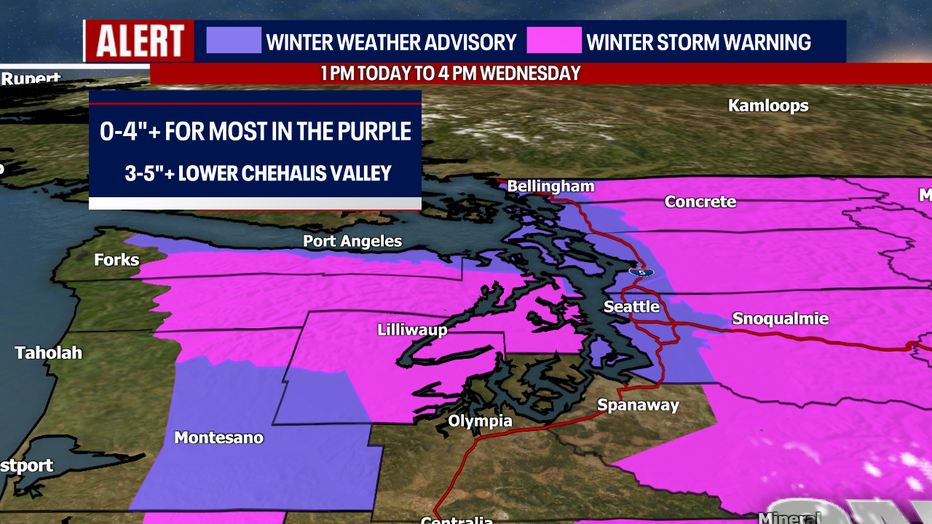 Earlier this morning, we were in the "cold" part of this storm. Throughout the day, the "warm" part of the storm will start pushing in. This warm air will kick up the winds as well. Ultimately, snow will transition to rain in the lowlands sometime tonight to Wednesday morning.

A Winter Weather Advisory is in effect for Tacoma, Seattle and Everett this afternoon to Wednesday morning. There, gusts could reach 40 mph. Minor damages and isolated power outages are possible

Gusts could blow upwards of 50 mph for the coast. A High Wind Warning is in place for the North Sound this afternoon to Wednesday morning for gusts to 55 mph. In those areas, there's a higher chance for damages and power outages. 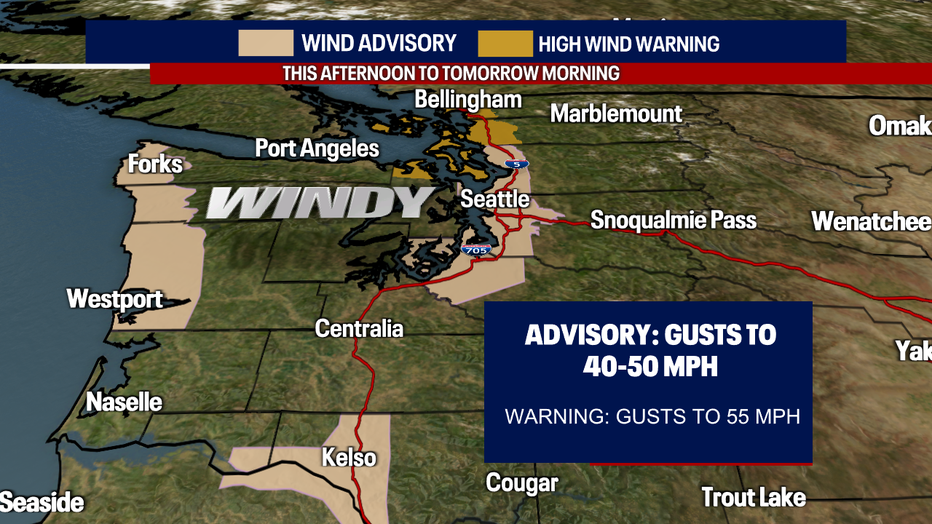 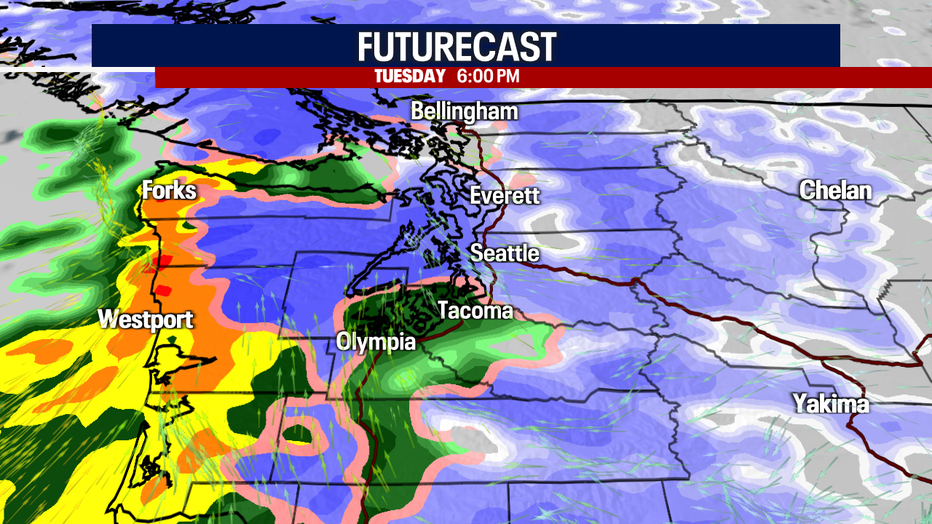 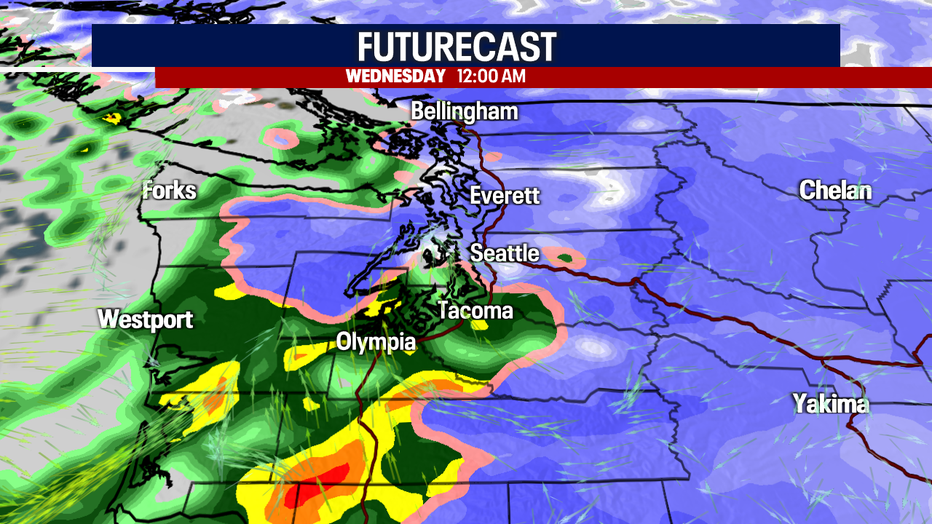 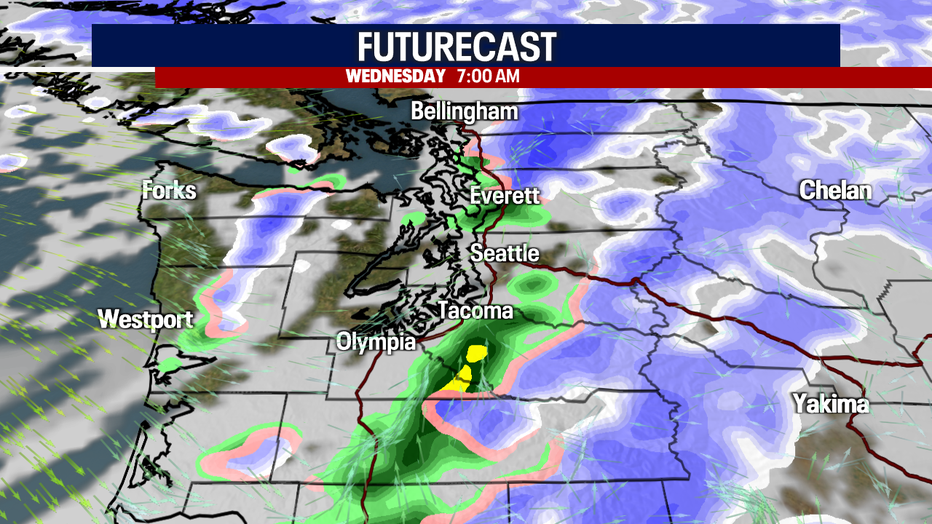 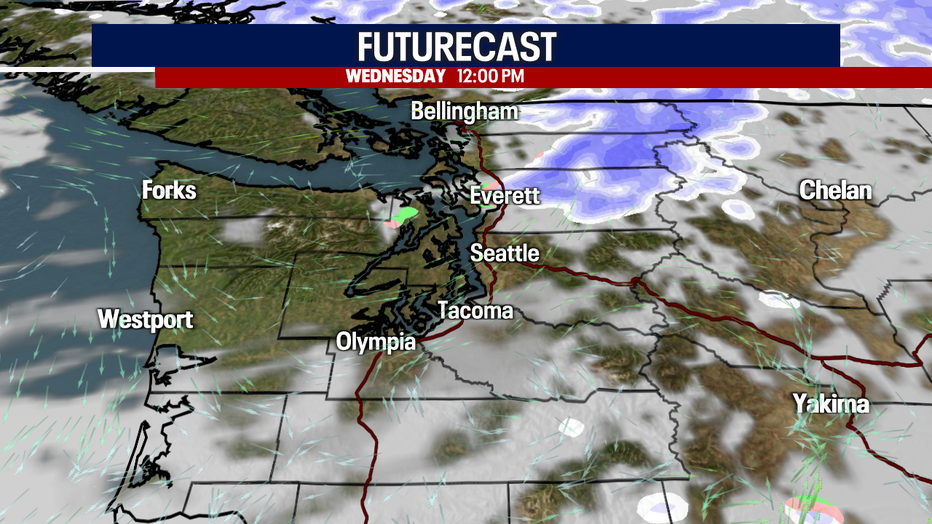 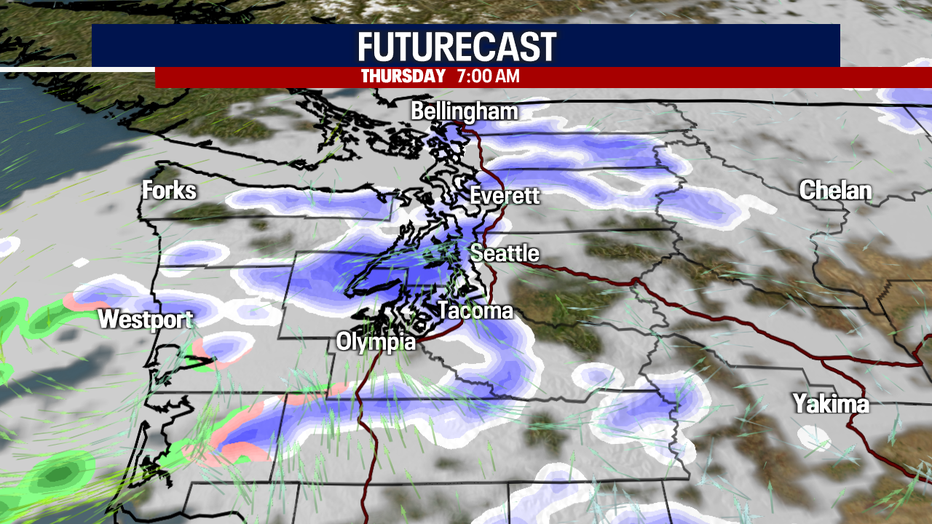 Like I mentioned, temperatures warm up overnight as the lowland snow turns to rain. This means that a lot of the snow will melt. Slushy roads could be a problem.

A convergence zone is possible tomorrow in parts of Central and North Puget Sound. Others dry out midday on Wednesday. Another shot of lowland snow arrives Wednesday evening into Thursday. This event doesn't look as widespread as the one we're tracking today. However, temperatures will be cooler for this second system which may give us a better chance at accumulating snow in some areas. 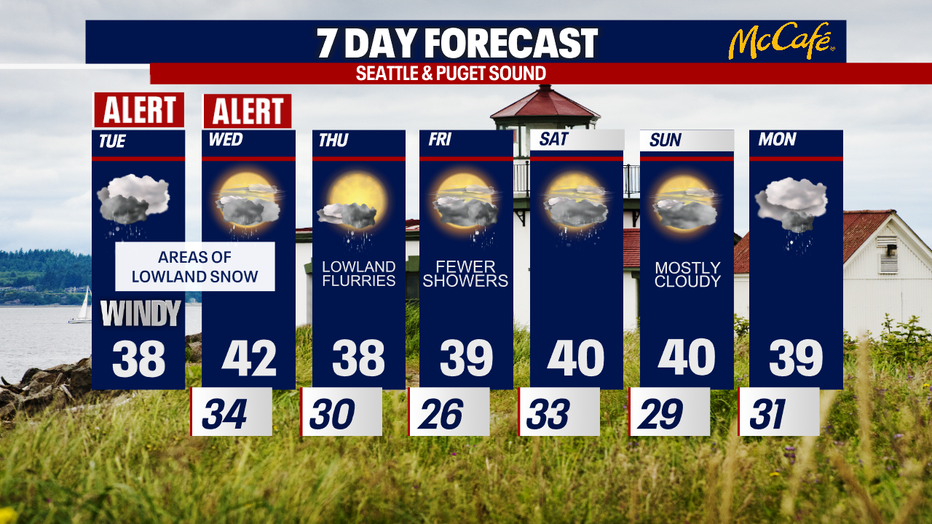 At other points this week, there could be a few more opportunities for lowland flurries. Still a lot of uncertainty so stay tuned! We'll watch it for you closely.