In Seattle's recorded history over 128 years, we've only had eleven days in the 80s for October.

Seattle - Temps will soar to near record highs again Monday, as unusually warm weather persists in the Pacific Northwest.

A strong ridge of high pressure will stay put over the region sending temps into the 80s in many locations. East winds will continue to push smoke from the Bolt Creek Fire into the Puget Sound area, bringing hazy skies. 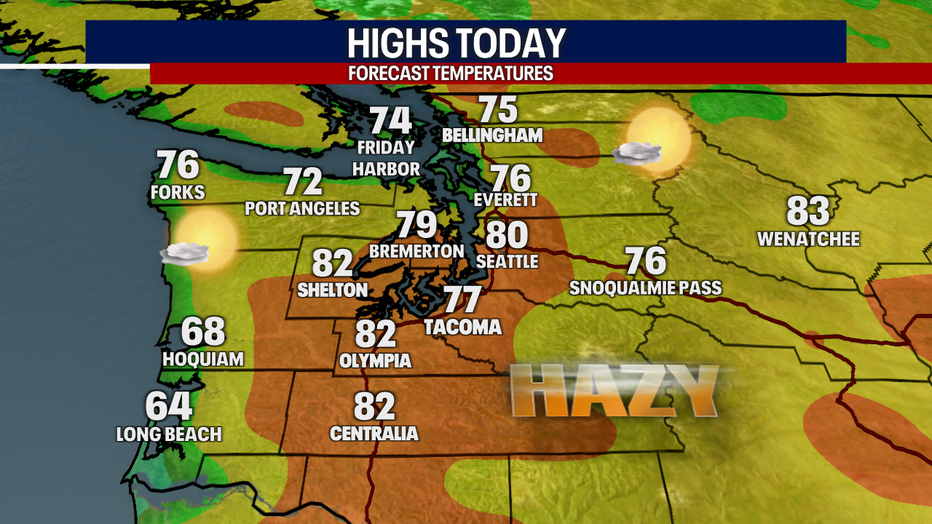 On average, October brings the greatest change in weather we see all year in the Puget Sound area. Average high temperatures drop ten degrees, into the mid 50s. Average rainfall picks up as well, usually bringing in a few soaking storm systems. 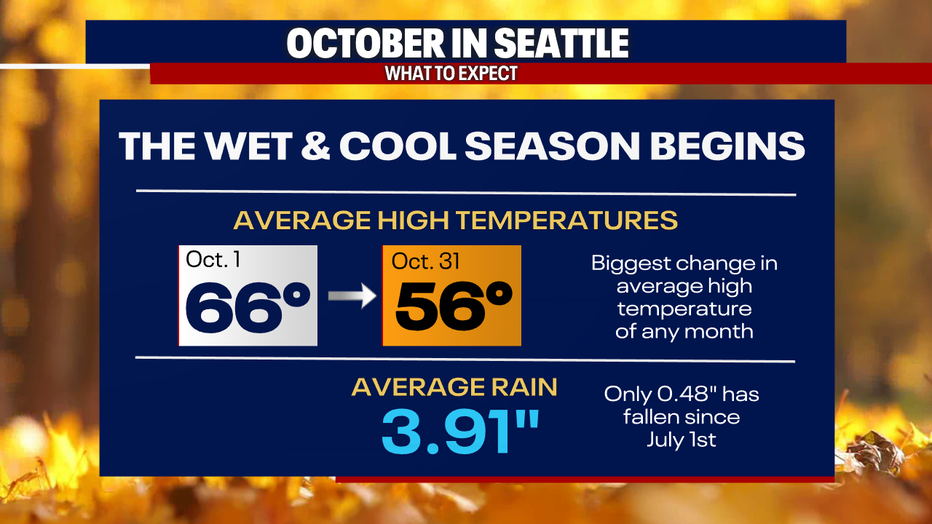 Smoke will continue to impact the Puget Sound area today, but should start to blow northeast Tuesday. Air quality will be much better by Wednesday. 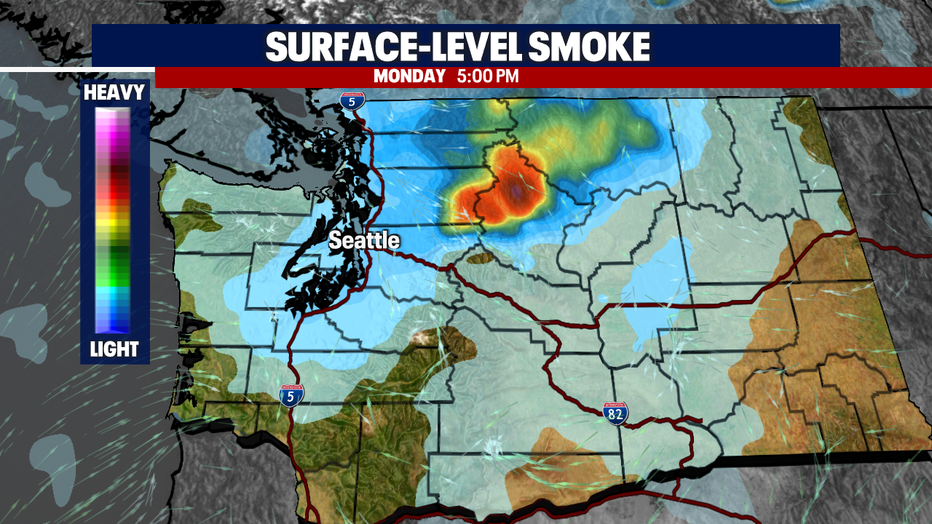 The next two days will be cooler, due to more morning cloud cover and onshore flow. Expect a few sprinkles on the coast as well. Afternoons will still be warm, in the low 70s with mostly sunny skies. 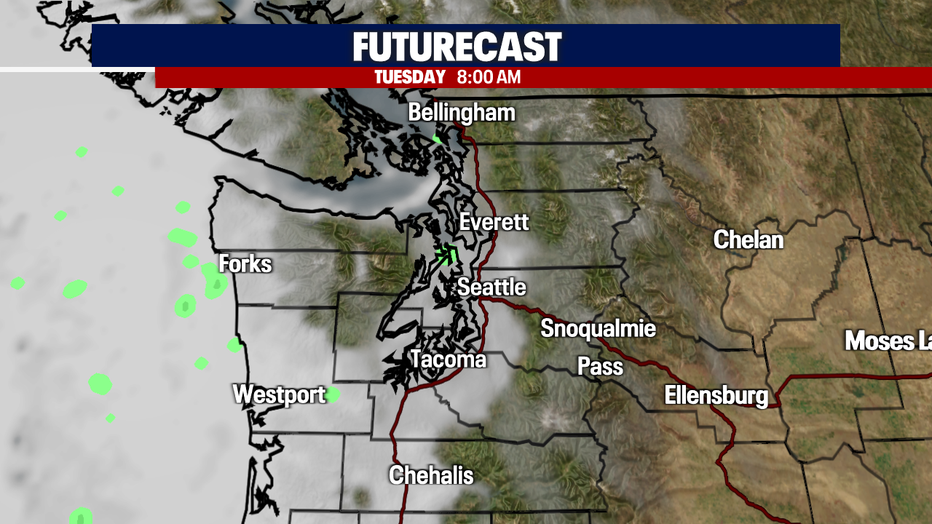 The extended period will remain dry with highs in the low to mid 70s. There is no rain expected for at least the next seven days.

The Seattle Kraken announced their new team mascot Buoy, who stopped by to visit the Good Day Seattle set.