Western Washington could see some lowland flurries this week

At times this week, it'll be cold enough to even see lowland flurries from time to time.

Today will bring isolated rain/snow mixed showers in the morning followed by a drier afternoon with highs only around 40 degrees. Expect partly cloudy skies with plenty of sunshine mixed in. A Wind Advisory is in effect for areas of western Whatcom and San Juan counties normally impacted by the Fraser Valley Outflow winds. Gusts in those spots could reach up to 45 mph. 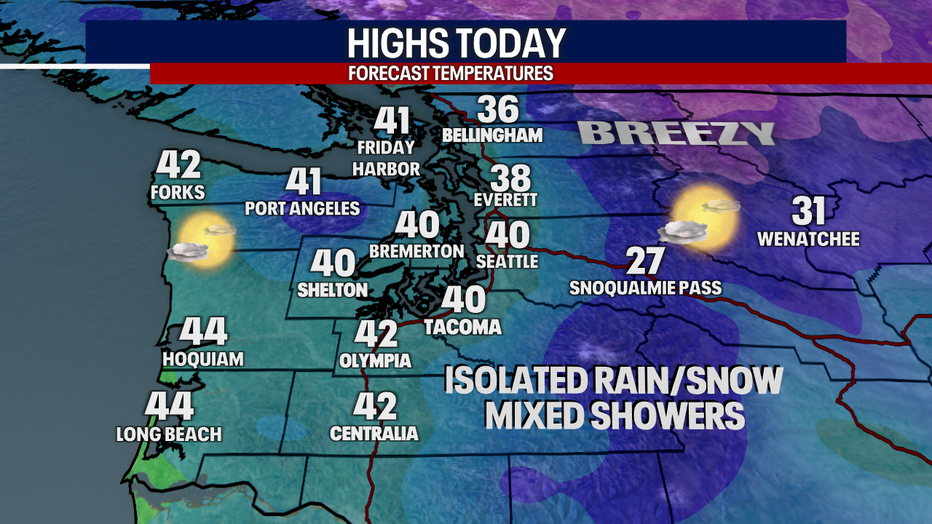 Monday night will bring chilly temperatures with mainly clear skies for much of the night. Overnight lows will be in the 20s in most locations.

Tuesday, the next weather system will sweep through the area. With cold air in place, light snow is possible as precipitation begins to fall in the area. The sweet spot for snow will be north of Seattle, while most lower elevation areas near Tacoma and Olympia will likely just see cold rain. Areas of heavier precipitation could see a few inches of accumulation, while some spots may only see a trace or just a rain and snow mix. The evening commute MIGHT be impacted, but there is also a good chance that snow doesn't stick to the roads because temps won't be cold enough in most spots. The best bet for seeing snowy roads will be north of Seattle and in the higher elevations. In spots of heavier precipitation, it will drag the colder air toward the surface resulting in more accumulation. 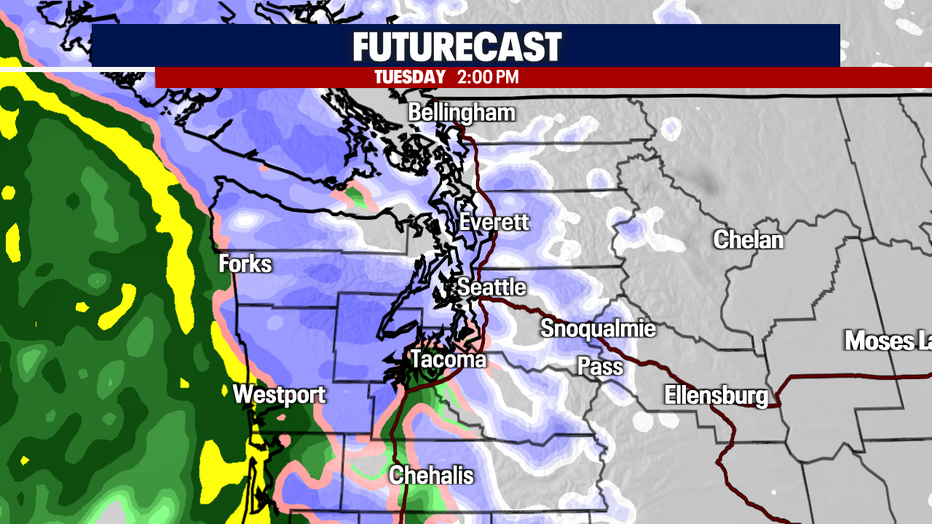 Timing is everything. This is one of those situations where 2 to 3 degrees makes all the difference between accumulating snow and cold rain. 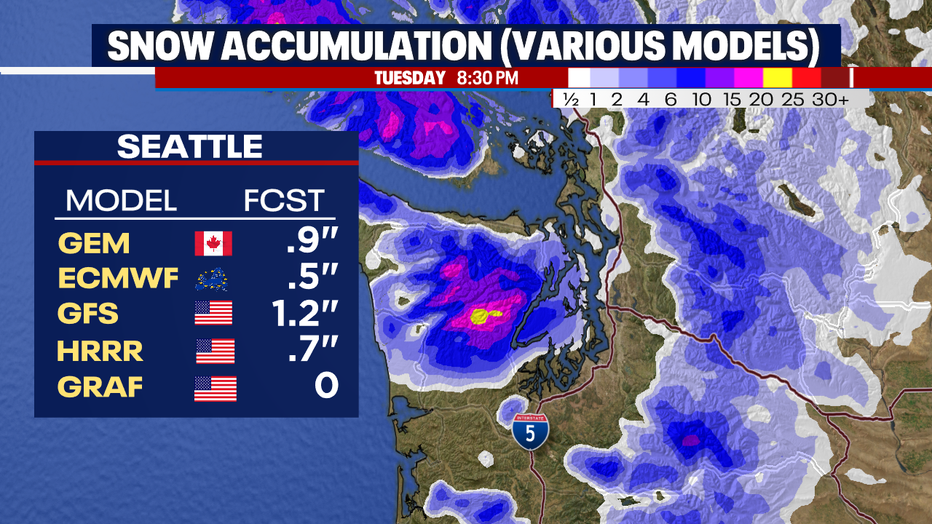 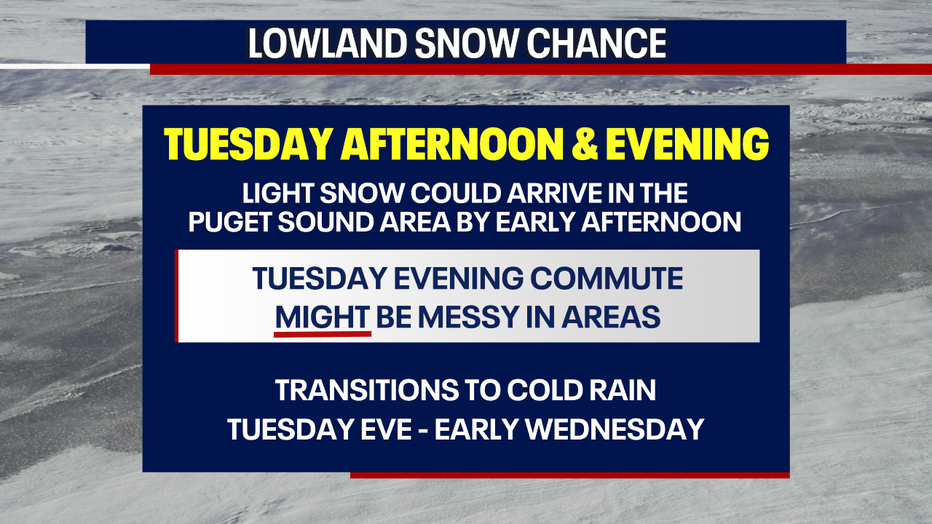 Snow will transition to cold rain at some point Tuesday evening or Wednesday early morning as a southerly wind pushes north. Some models have this happening faster than others. Most lowland locations should be seeing just rain by Wednesday’s morning commute. The commute should be okay in most spots, but areas in higher elevations could still be messy.

The rest of the week and next weekend remains active, with more rain on the way for Saturday. 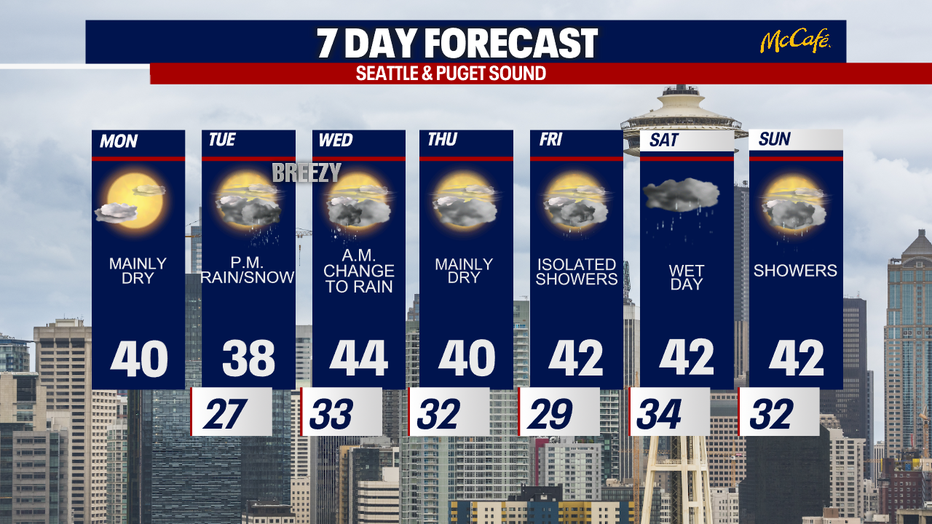