Seattle - If Monday stays dry at Sea-Tac, this will become the longest on record for the month of November.

A few light showers popped up around Western Washington early Monday morning, but the rest of the day will be dry with highs in the upper 40s and low 50s. 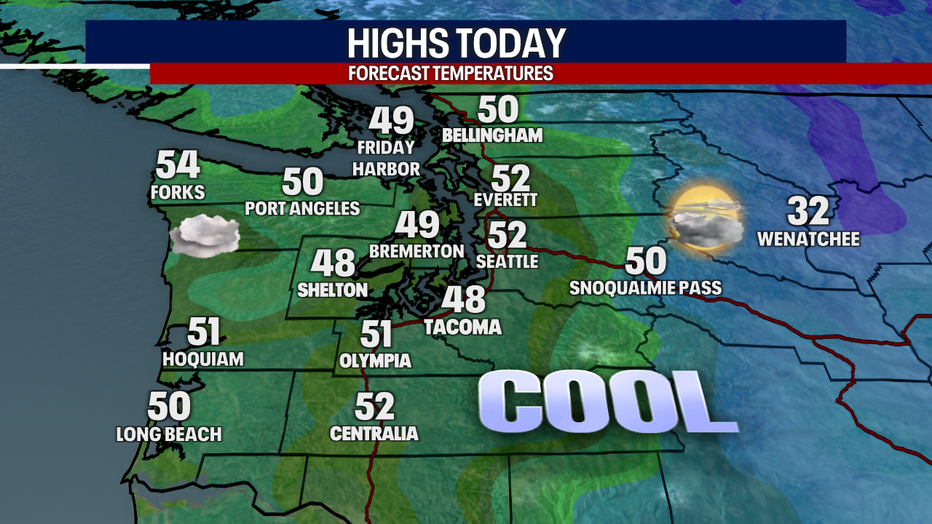 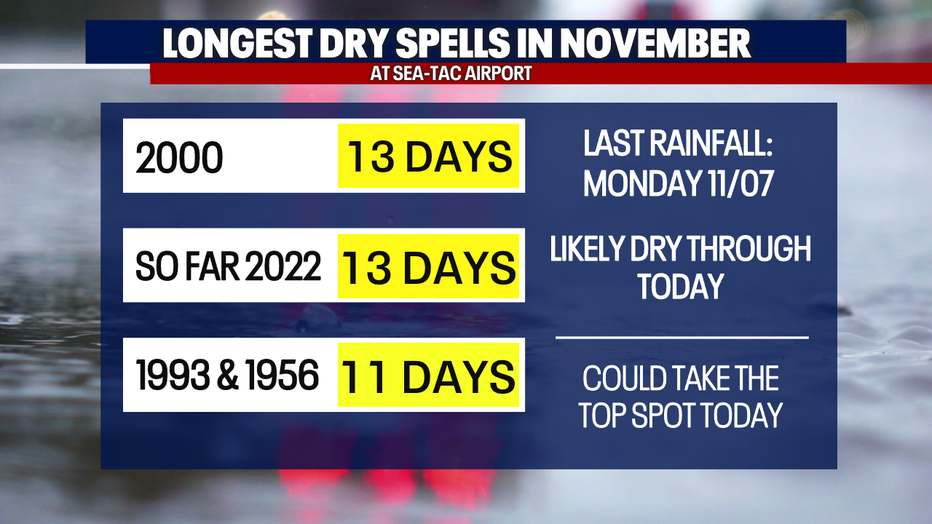 If you are traveling over the passes for Thanksgiving, the roads should be in good shape. We could see some wet snow on Stevens Pass over US-2 on Tuesday and then again over the weekend, but I-90 over Snoqualmie pass looks great until Sunday. In the lowlands, the next system to impact Western Washington hits on Tuesday. Rain will arrive early Tuesday morning and pick up in intensity midday as the front sweeps through the region. It may be breezy at times as well.

Conditions will improve on Wednesday and Thanksgiving as we return to dry weather. Expect more fog Thanksgiving morning, but daytime highs will be back into the mid 50s. Showers return Friday through the weekend. 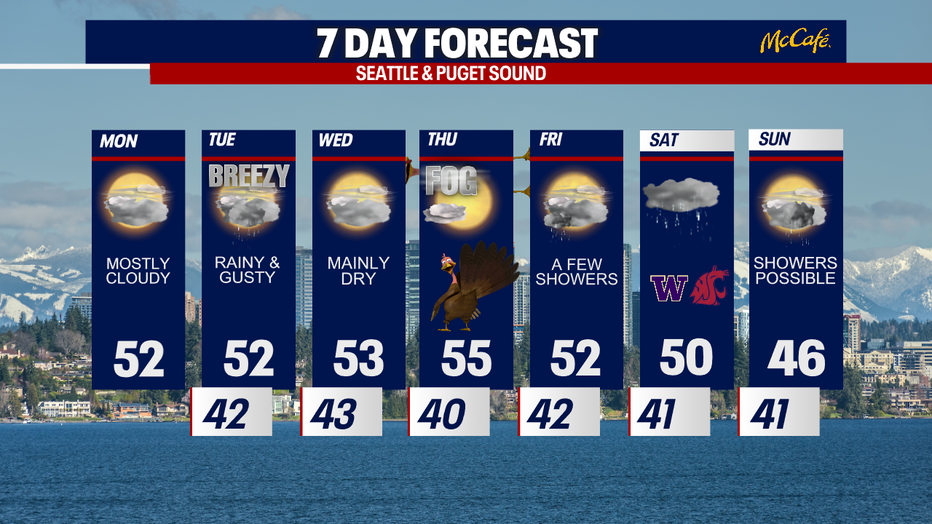