SEATTLE - We've got another spectacular dry December day, but we're starting out with the coldest temperatures we've seen so far this season.

Many places in Western Washington started out in the 20s -- and the frost and fog have caused for some very slippery roads in some spots out there. Fog will lift for some nice sunshine as high clouds slide in from the south. High temps with those south winds will end up warmer than yesterday when we only got into the low 40s. 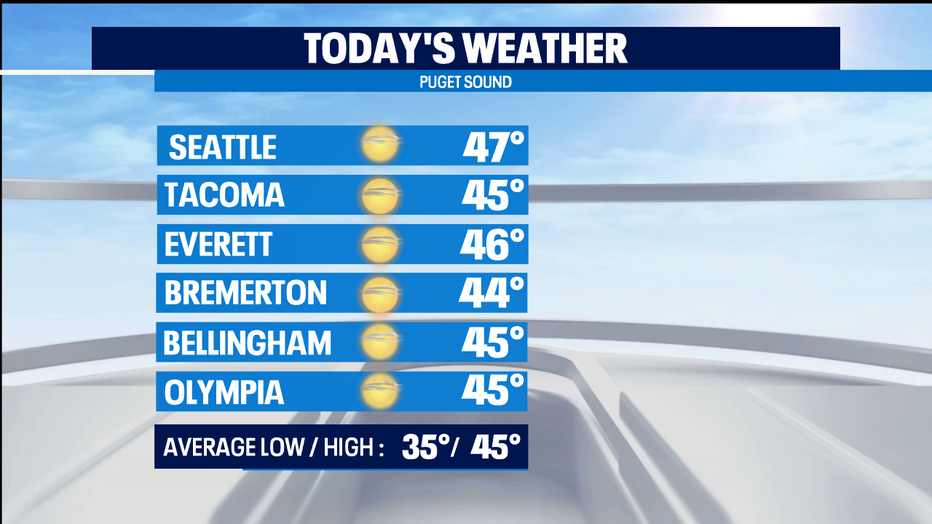 Tonight will be cloudy and not as cold and the continuing southerly winds will keep the atmosphere mixed and the coldest of air wont settle down toward the ground. Unfortunately for folks hoping for a white Christmas, the end result will be the incoming precipitation will arrive as rain and stay as rain all afternoon. The mountains catch some nice snow -- but seasonally soggy for areas along the coast and Puget Sound. 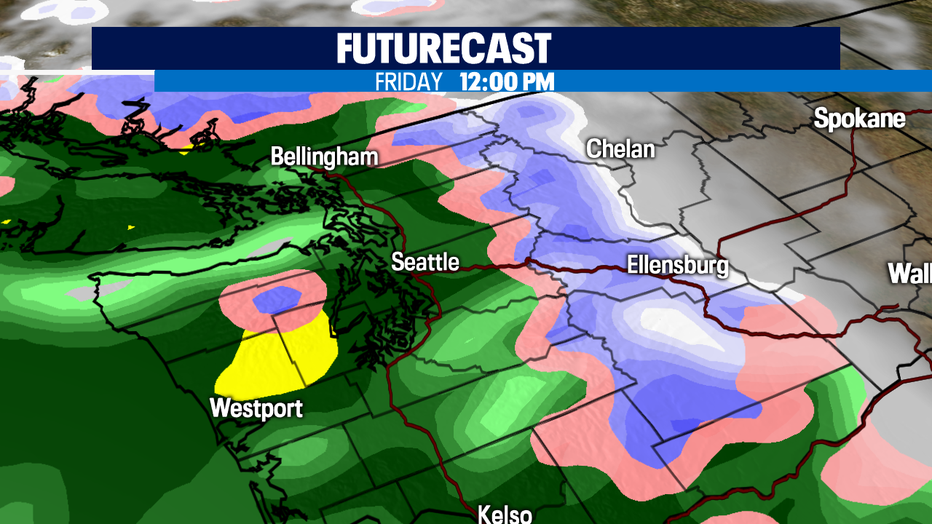 We've got a few more weather systems working across the region to still deliver some lowland rain showers on/off for the weekend. A bit of a dry break that looks at this point to move in late Sunday and last until about Tuesday evening. Then we'll see some more seasonal precipitation for the middle of the week. 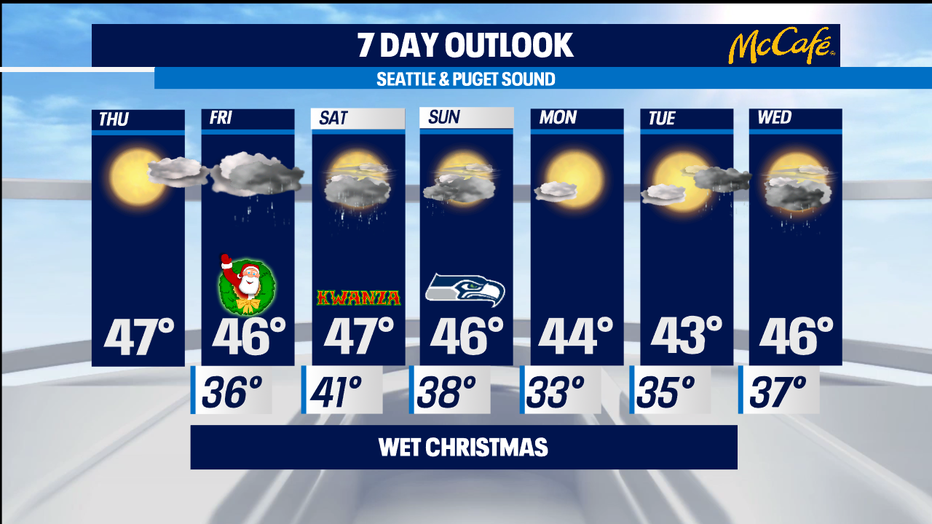 A very early look at New Year's Eve, it looks like high pressure will build in that will keep us dry for New Year's Eve as we say goodbye to 2020. That can mean some fog could keep us from viewing the Space Needle at midnight. Stay tuned. -Tim Joyce