Scattered showers and breezy Sunday, Strong system on the way Monday and Tuesday

SEATTLE - Happy Sunday! Expect scattered showers in the lowlands and snow in the mountains today. It won't be a washout, so keep your plans and have that rain gear with you. Highs will be near the norm around 53 degrees. 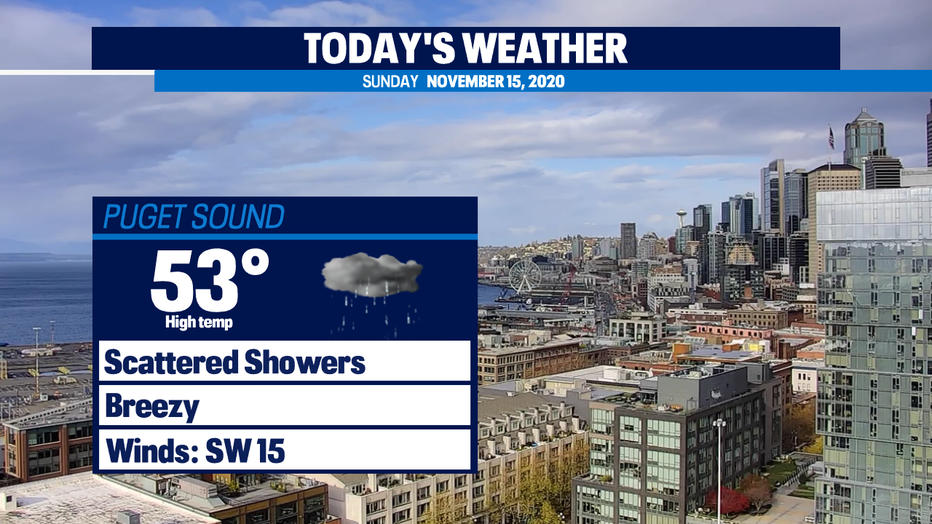 It will be breezy at times today, with gusts as high as 25mph. A High Surf Advisory is in effect for the north and central coast until 7pm. We could see 18-20ft waves. Inexperienced swimmers should stay out of the water today. 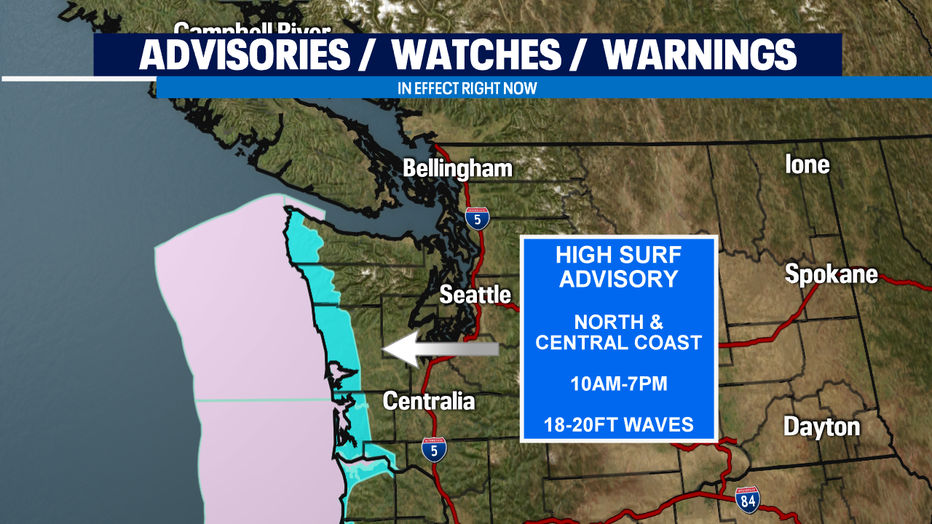 We should dry out for the most part tonight, but big changes are on the way Monday and Tuesday. A warm front will bring rain, heavy at times, from south to north for the Monday morning commute and lunch hour. As it continues to lift north by late afternoon, we'll dry out into the evening. 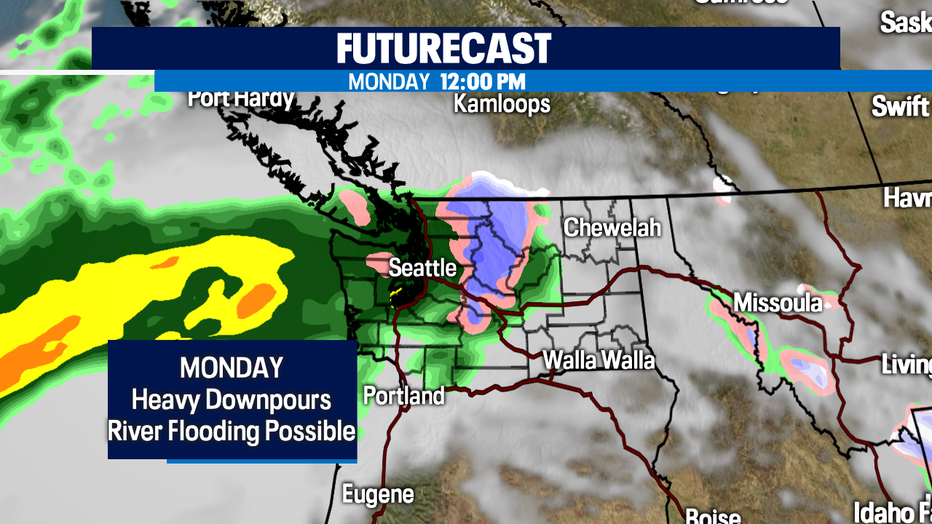 Then a trailing cold front will approach from the west on Tuesday. This will produce thunderstorms for the coast. They won't be severe, but expect gusty winds, heavy downpours, and small hail with the stronger storms. 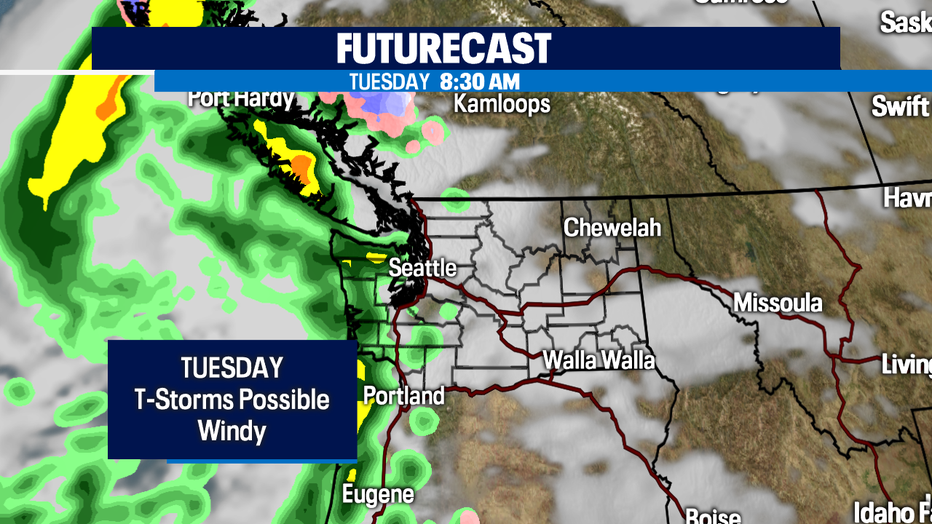 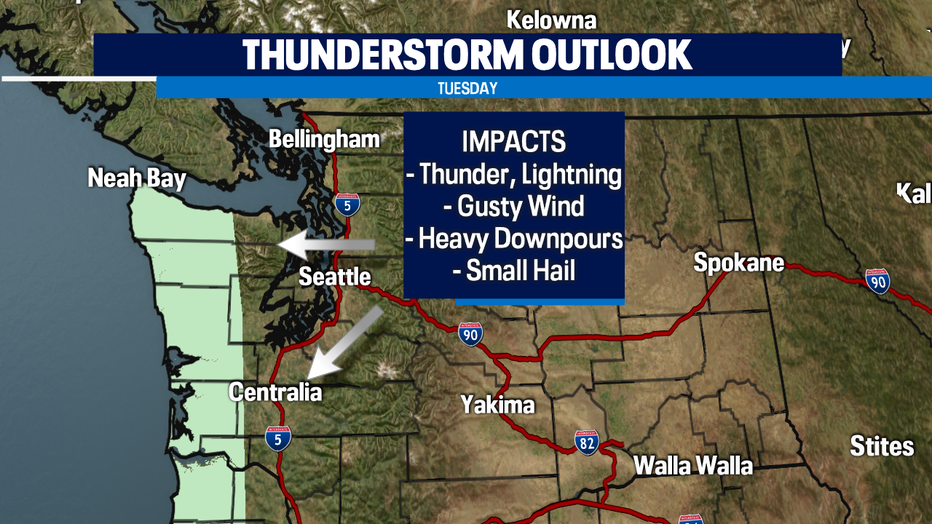 In the time frame of this system, we have to keep an eye on our rivers, as flooding can occur Monday through Wednesday, especially for the Olympic Peninsula, where 1-3" of rain is possible through midweek. 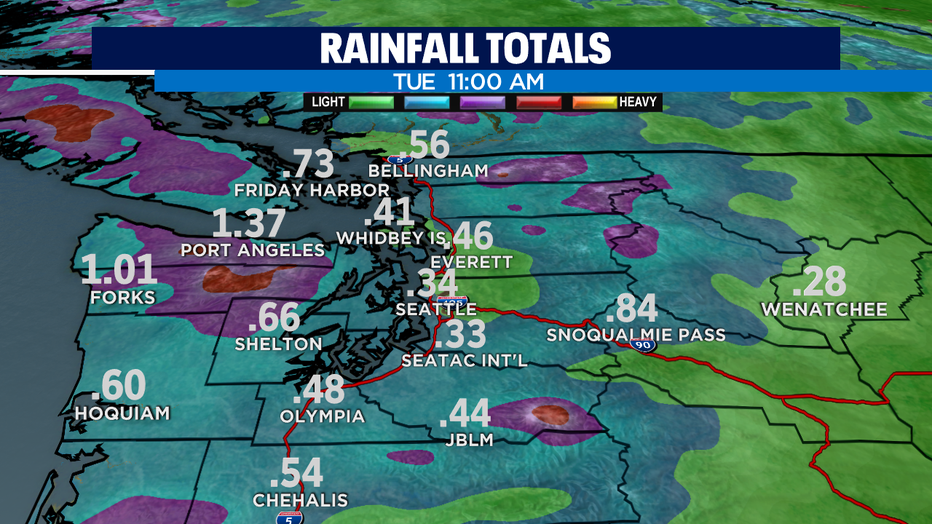 We'll see a drying trend Friday and Saturday with sunshine! Temps will cool with highs in the upper 40s and lows in the upper 30s. Another system looks to approach on Sunday for more rain and breezy conditions. 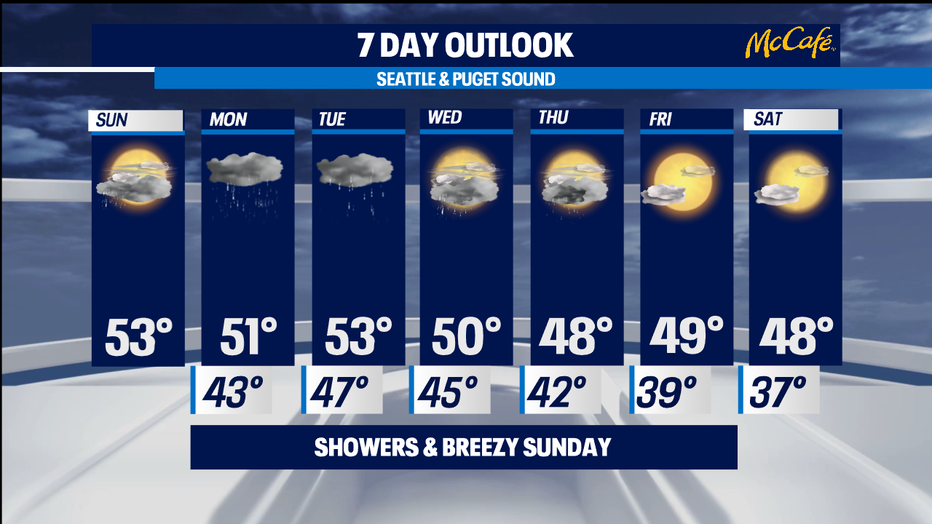