seattle - After a beautiful day the forecast will flip the switch back to more traditional December weather.  We're tracking the next system now that will move in overnight delivering rain, wind and mountain snow. 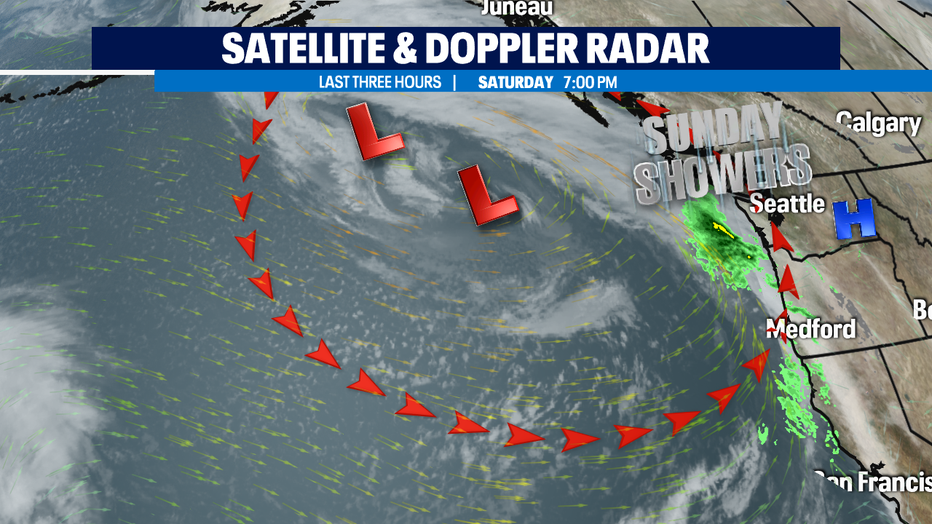 Expect scattered showers for Puget Sound Sunday into Monday with snow throughout the Cascades. There will be some dry periods both days in the lowlands and in the mountains. Highs land in the mid to upper 40s near the metro with near freezing for the high country.  There is a "Winter Weather Advisory" in place from 12am Sunday through 4am Monday.  We expect more than a foot of snow to fall by Monday night above 2,500ft. 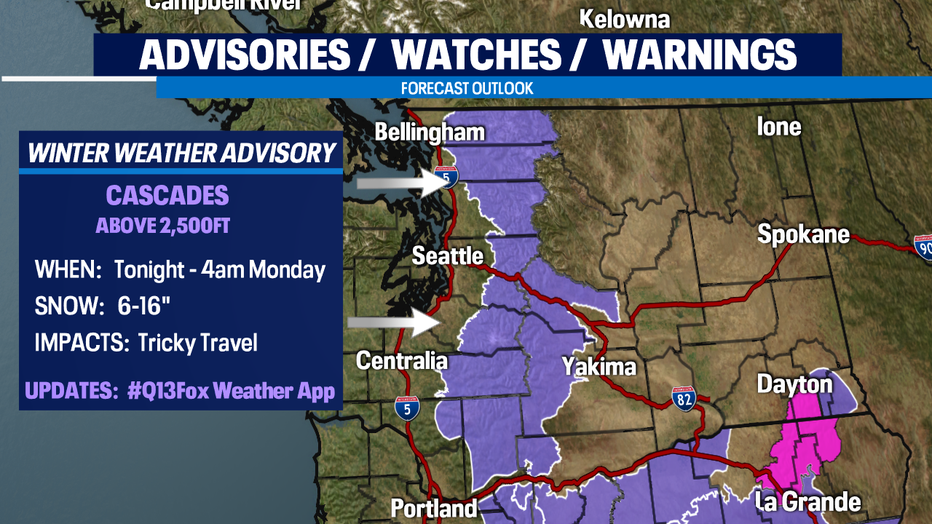 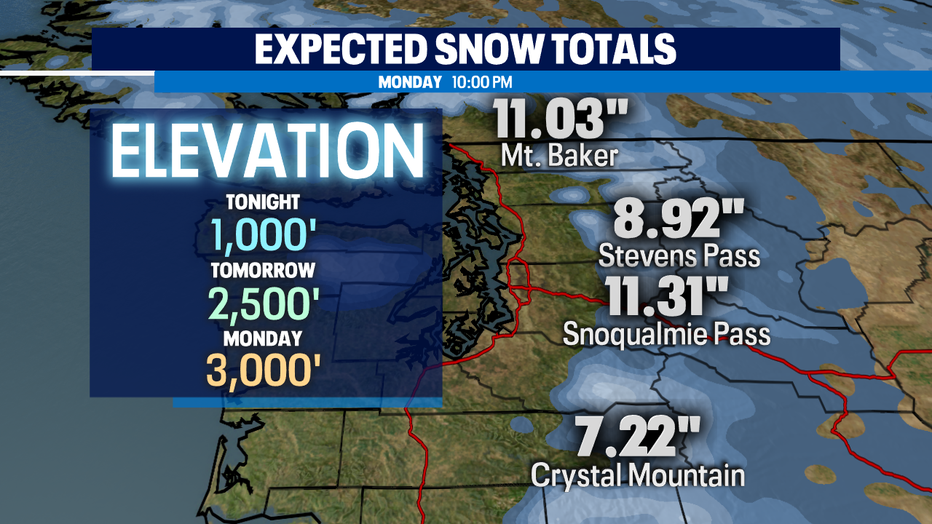 Something else we are keeping an eye on are the winds gusting through the Cascade gaps into the foothills.  Winds will blow out of the east, kicking up between 25-40 mph. 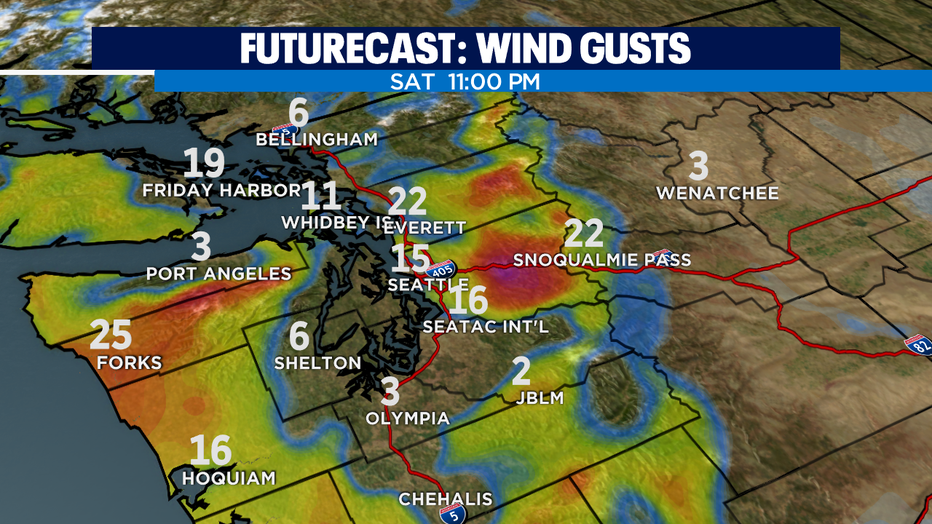 After some brief drying on Monday afternoon, then next frontal system will push inland late Monday night into Tuesday morning.  Rain will be with us for most of the day Tuesday with highs landing near the norm of 45.

Another weather maker moves in Wednesday afternoon or even later that night into early Thursday.  We're tracking the timing of this stronger front as it deepens offshore.  Not only will we see rain, but winds will gust as well.  Highs warm slightly into the upper 40s above normal for this time of year.

Our showery/breezy patterns will continue into next weekend! Enjoy! 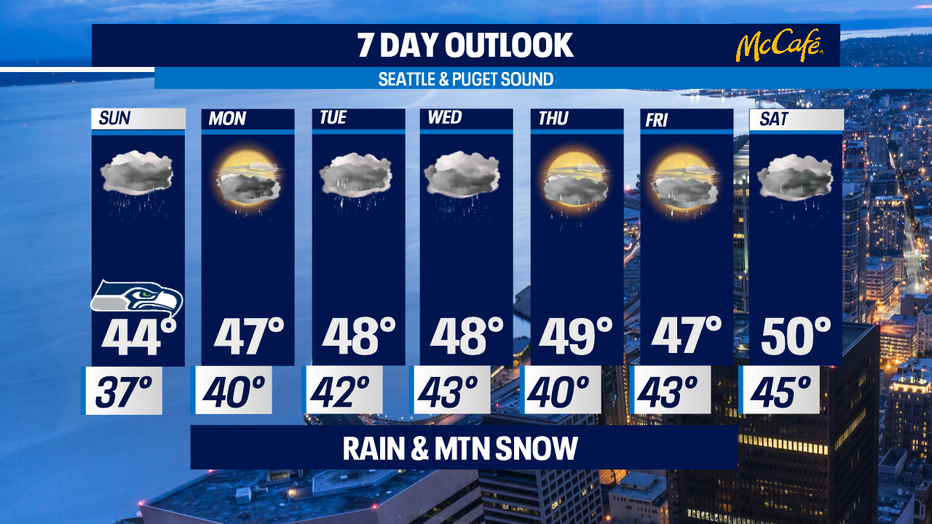 *A "Coastal Flood Advisory" goes into effect Sunday from 9am-1pm.  Minor tidal overflow flooding is expected at high tide.  Look for large waves and hazardous surf conditions with breakers up to 24ft. 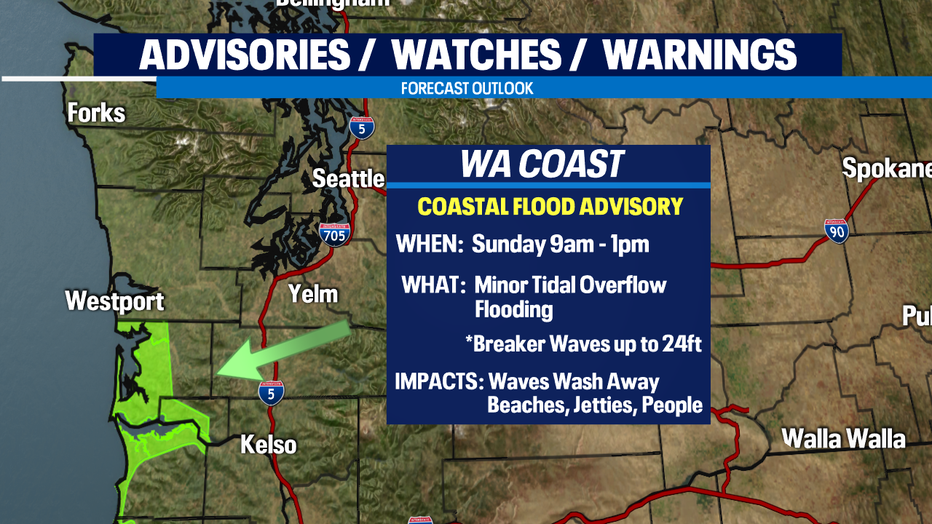