Q13 Weather Anchor Erin Mayovsky forecasts a cool Monday evening, with some sunshine for the first official day of fall on Tuesday.

SEATTLE - Not a bad Monday considering everything the Pacific NW went through during the last two weeks.  It felt very good to wake up for the third day in a row without smoke filled skies, but instead real fog!

Today featured a something for everyone... some clouds, some fog, sunshine and some showers. Highs Seattle southward were slightly warmer than the north, landing just above our seasonal average, 69, for the last day of summer. 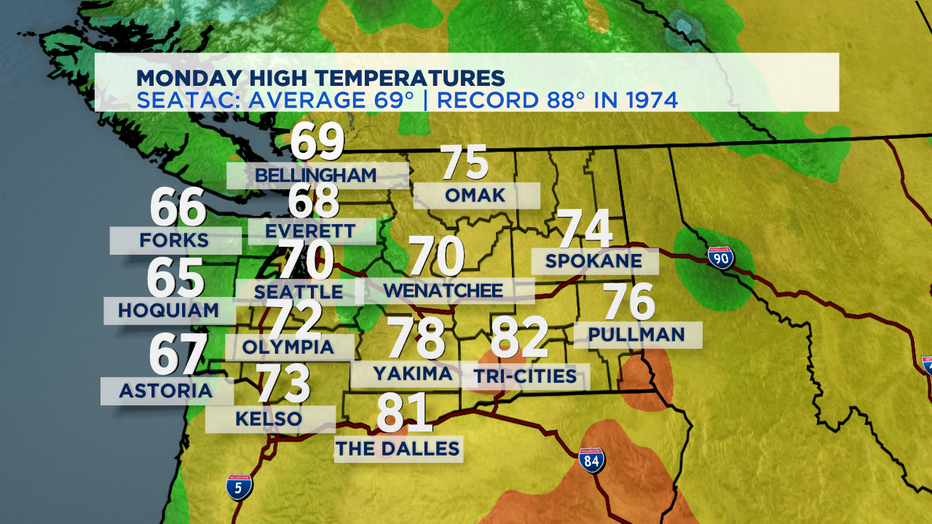 The first day of the Fall season will deliver a variety of weather.  Most of us will wake up to some clouds and fog, but mainly dry.  As a warm front brushes by the area and as it lifts north some areas might see a few light showers by later in the day. Expect some clearing as well. So some of you will remain dry while other see a few sprinkles. Highs will push towards 70 again.  By Tuesday late Tuesday night into early Wednesday morning is when our cold front moves inland.  This weather maker will pack a stronger punch. Look for heavy showers at times with southerly winds gusting at times. The coast will see the strongest winds, which may warrant a "Wind Advisory".  Pretty fitting a big blob of moisture soaks the region on the first full day of Fall. Highs will fall Wednesday into the mid 60s below normal.  *Some areas could see urban flooding issues with so much rain falling, but mostly because of blocked storm drains.  Make sure to look at your drains and gutters before the heavy rain hits. 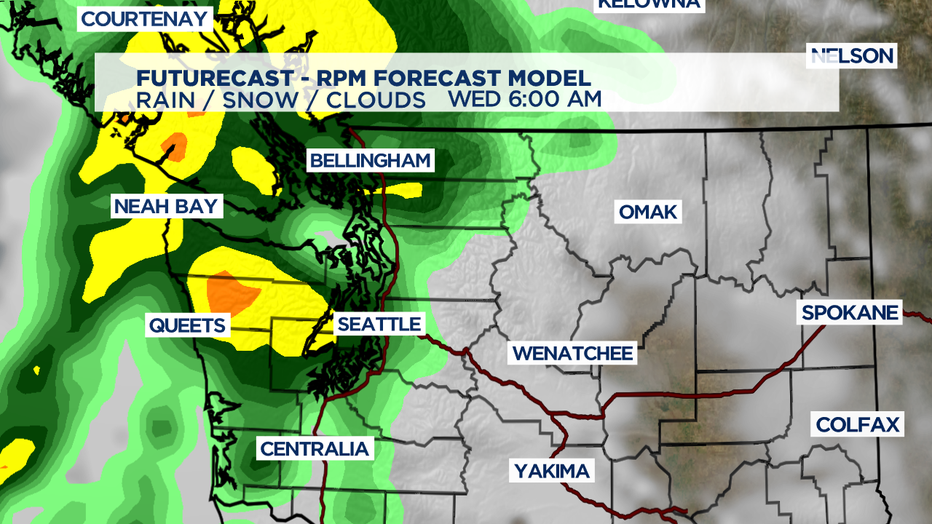 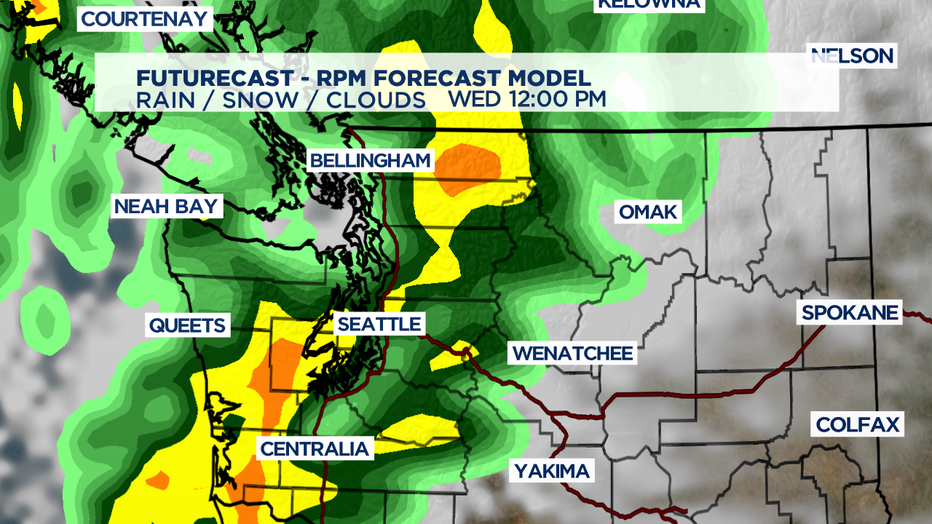 Plan for more rain Thursday as this system hangs around and with the instability  in the air mass we may hear some rumbling of thunder around Puget Sound before we quiet things down.  High will be even cooler only in the low 60s for most. 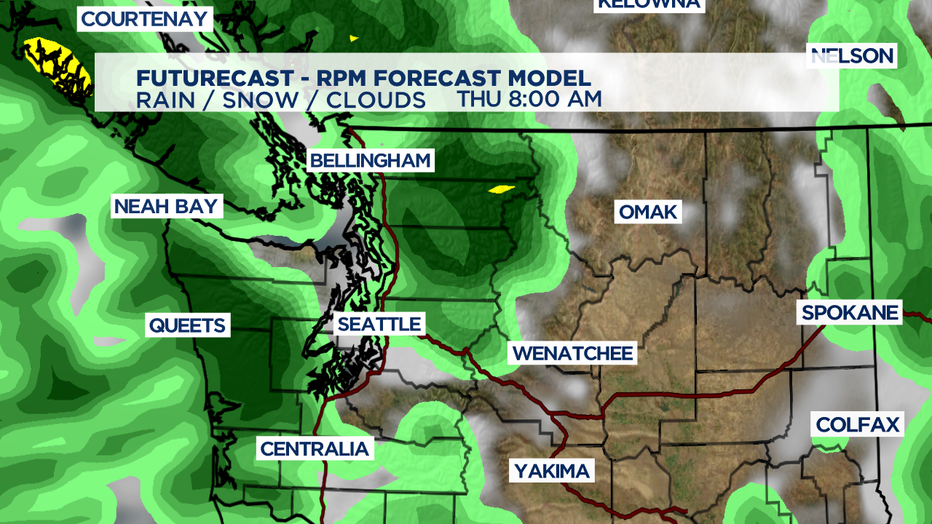 And just when we thought we were done with the first fall storm, bring on the next round of rain Friday with some showers lingering into the weekend.  Highs both Friday and Saturday will climb into the mid 60s.

Seahawks Sunday is up in the air at this point.  As of right now, models are not agreeing and there is some back and forth whether or not we'll stay dry with mostly cloudy skies.  That is what we're leaning towards, but there may be a small window that another burst of showers could spread across the area.

As far as Monday it does look like we dry out by then.  We're still a week away so we shall see!  Stay tuned! 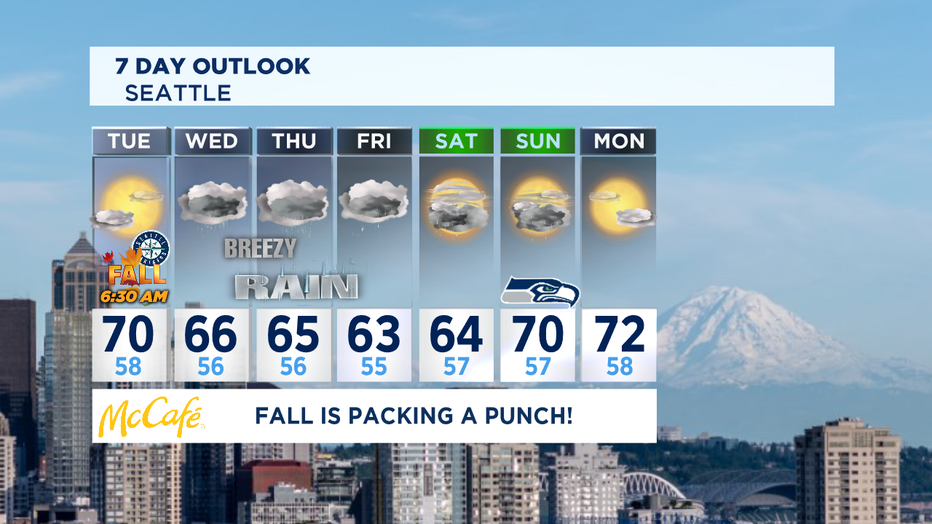 *Tropical Storm Beta in the Gulf Coast is inching closer toward Texas with threats of massive rains, storm surge along with gusty winds.  We expect landfall tonight as the system moves westward before it shifts to the northeast.  Texas and Louisiana will feel the brunt of Beta's affects. 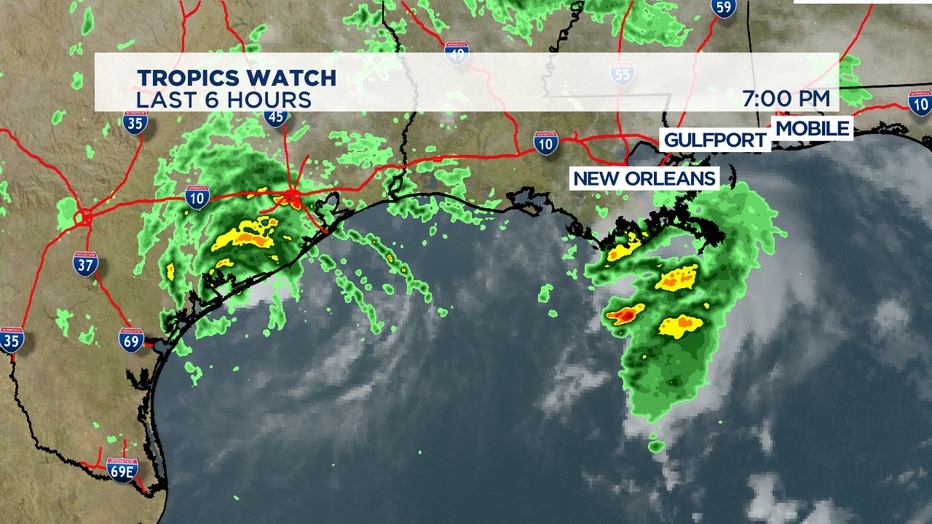