Q13 Meteorologist Grace Lim has a look at air quality and fire weather.

seattle - It was warm & breezy today with afternoon temperatures in the upper 80s and lower 90s! Records were broken in Olympia (91°), Quillayute (91°) and Hoquiam (93°). If you noticed that it wasn't as smoky and hazy compared to yesterday, that's because of the shift in winds. Still, air quality is moderate to unhealthy for sensitive groups. They were more northerly today instead of easterly. Haze is expected to stick around through the first half of the weekend. 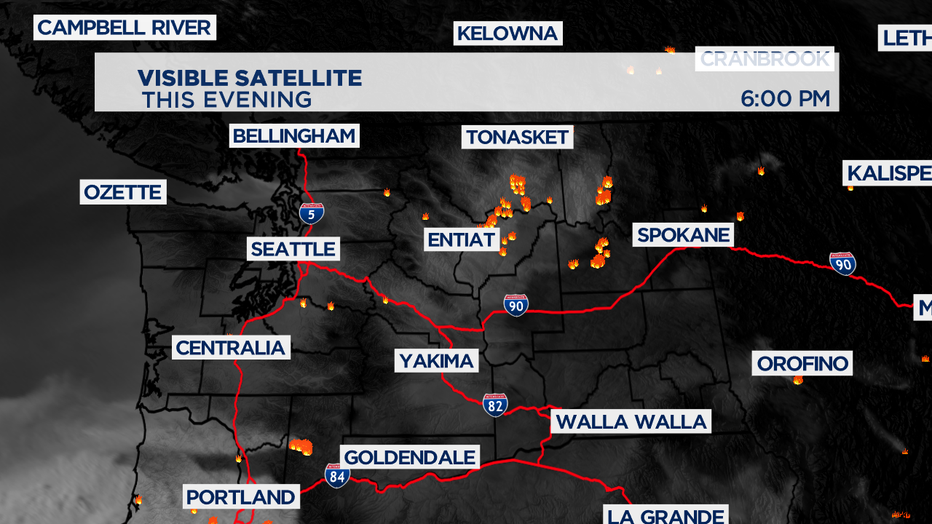 TONIGHT:  Widespread haze will stick around tonight, so close your windows. Low temperatures will drop near 60 degrees.

REST OF THE WEEK: Air Quality Alert is in effect for Western Washington until 11am Thursday but it will likely be extended through Friday as winds shift southerly bringing in smoke from Oregon and California. Air Quality Index is forecasted to be Unhealthy For Sensitive Groups. Expect record heat on Thursday with highs near 90. Friday's temps will climb to 81 degrees. 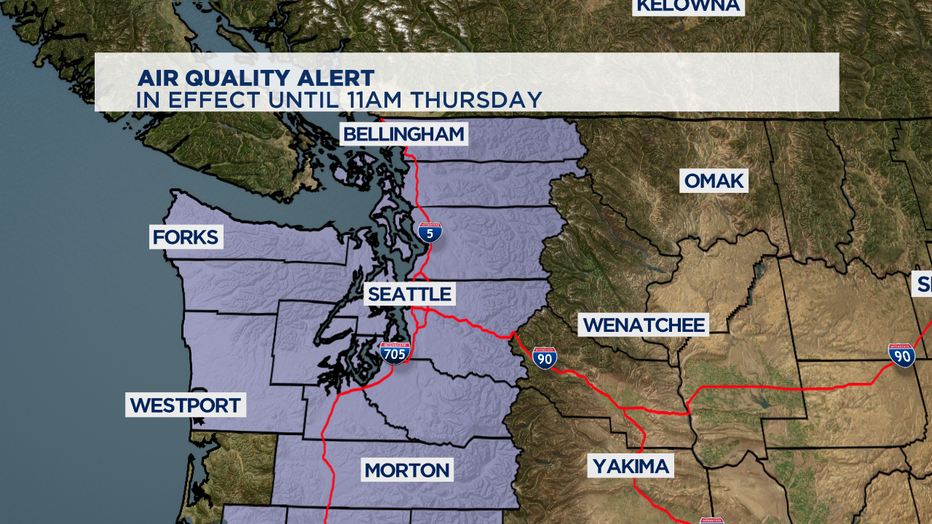 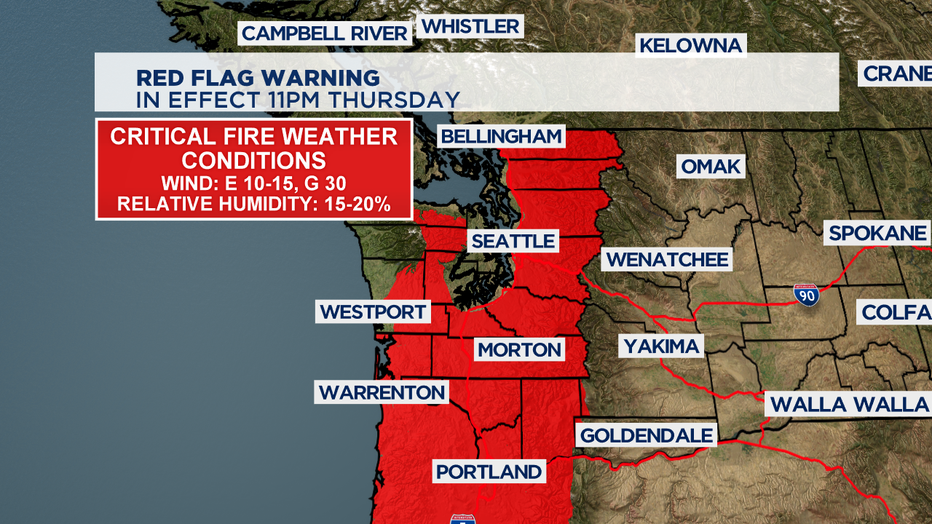 WEEKEND: Southerly winds are expected Saturday so smoke and haze is possible to start the weekend. We'll gradually see winds shift throughout the day and then a marine push on Sunday will usher in cleaner ocean air, finally helping to clear the smoke.

NEXT WEEK: Front will bring much-needed rain Monday through Wednesday and highs will be so much cooler in the lower 70s. 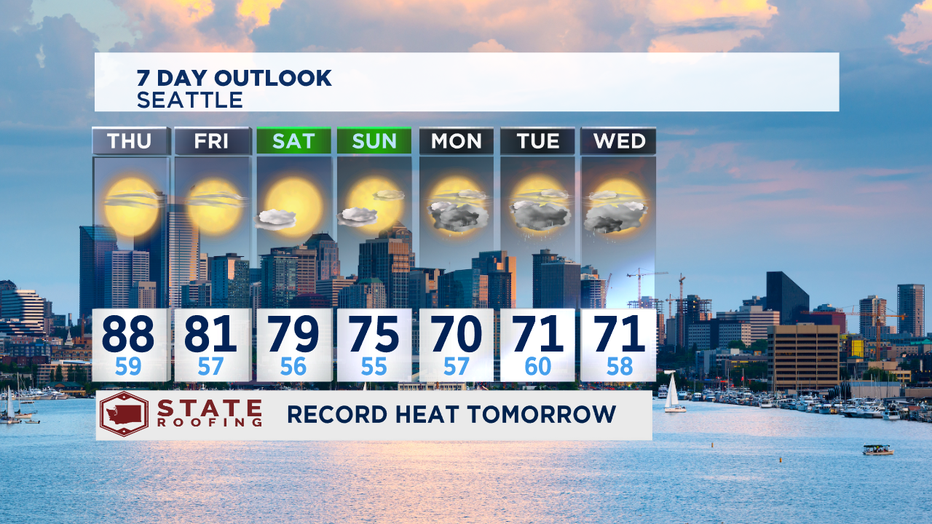