Rainy days for the next couple of days, hope for sunshine this weekend

SEATTLE - We're just about a month shy of the start of summer, but it's a throwback to winter weather in the Pacific Northwest as a potent late-season storm brings gusty winds to the lowlands and another dollop of snow to the mountains. 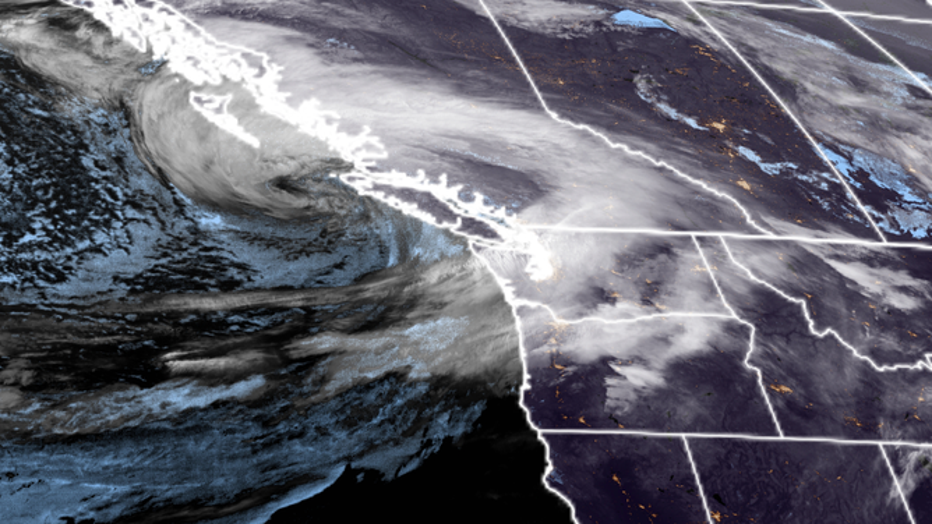 Wind Advisories are in effect for a large portion of western Washington, including the Seattle and greater Puget Sound region, for gusts as high as 40 to 45 mph Wednesday morning into the afternoon. Gusts could reach up to 50 mph along the coast and northern inland islands such as the San Juans and Whidbey Island. Already, Port Townsend has reported a gust of 62 mph while Bellingham hit 55 mph and the Naval Station on Whidbey Island reported a gust of 54 mph.

Strong winds will spread into eastern Washington into the afternoon, with gusts to 50 mph likely in Yakima and Spokane. 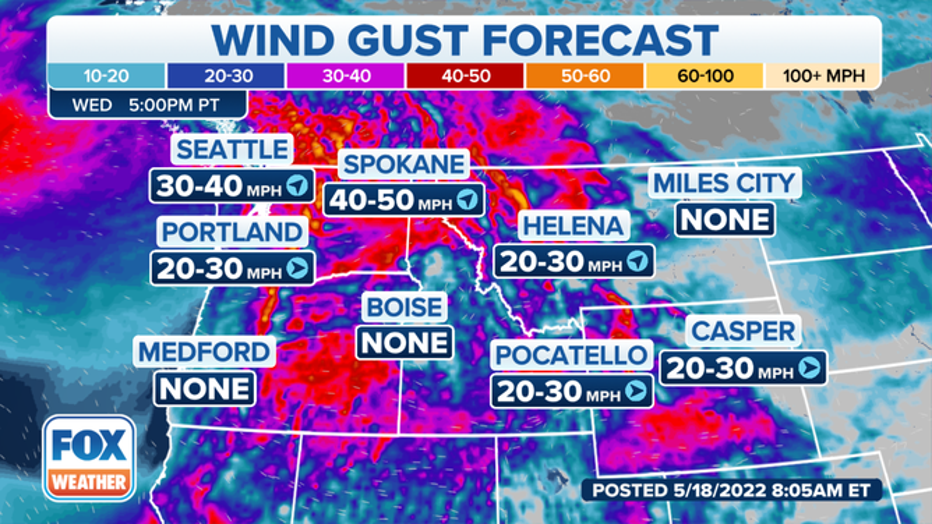 With trees full of leaves – who can blame them; it's been spring for two months now – there is the potential for a larger number of tree falls and power outages than typically experienced with these wind speeds that occur fairly frequently in the heart of the barren-tree winters.

In addition to the strong winds, snow levels will drop to as low as 3,000 feet in the Cascades, prompting a rare mid-May Winter Weather Advisory Wednesday. Snow totals could reach 3 to 6 inches along U.S. Highway 2's Steven Pass, and 3 to 7 inches is likely at Washington Pass. The Mount Baker ski area could see a foot of new snow Wednesday. 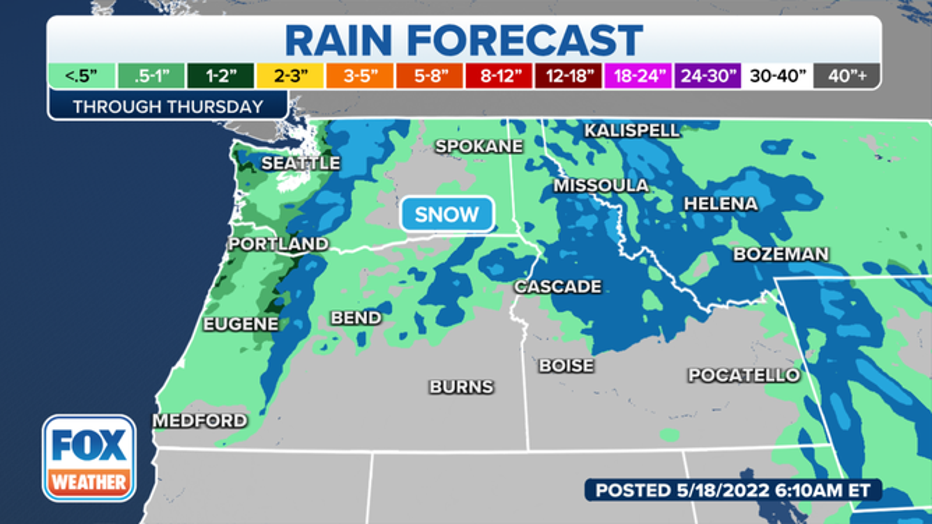 Winds will blow up to 40 mph in the mountains too, adding to difficult travel conditions along the higher passes. The popular Snoqualmie Pass route along Interstate 90 may see an inch or two of slushy snow amid gusty winds as well.

It's the latest stormy punch from Mother Nature, who has spent weeks holding the Pacific Northwest back from the traditional march toward warmer summer weather. Seattle has only had two days considered warmer than average since April 1, and only one day this year that has managed to reach 70 degrees despite average highs in the 60s by now.

Meanwhile, the Puget Sound region has seen significant rainfall on seven of the past 11 weekends dating back to the start of March, and several cities across the Northwest are already well beyond their average monthly rainfall for May. 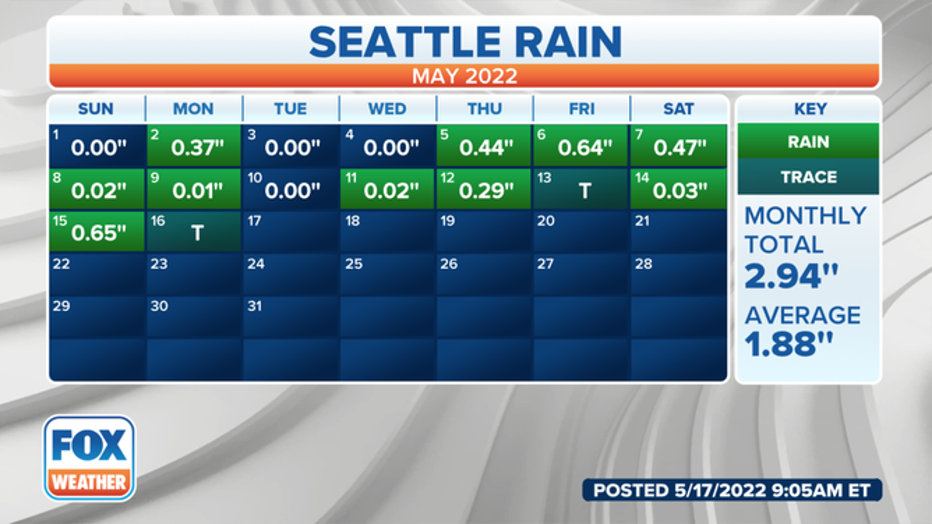 It's been good news for the snowpack. Measurements across Washington, Oregon and Idaho are running anywhere from 30 to 100% above average for this time of year – a bright spot amid the severe drought gripping much of the rest of the West. 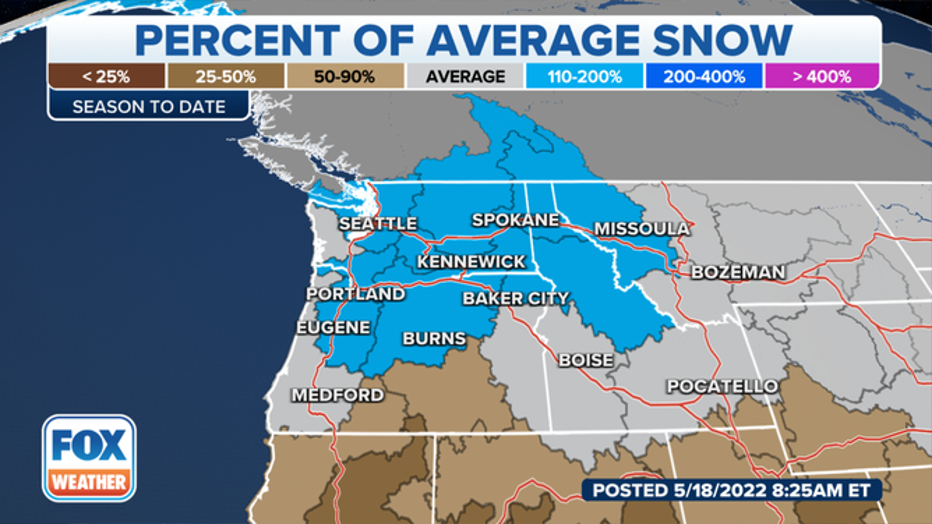 The snowpack at Mt. Rainier's Paradise Ranger Station still sat at a healthy 172 inches as of Tuesday – actually 30 inches more than was up there at the traditional peak of the mountain snowpack on April 1, according to University of Washington research meteorologist Mark Albright.

Tease of spring this weekend

After the storm passes, the waterlogged Northwesterners can finally look forward to a weekend that is trending dry and warm – those in Seattle have at least a fighting chance of notching their second 70-degree day of the year on Sunday. 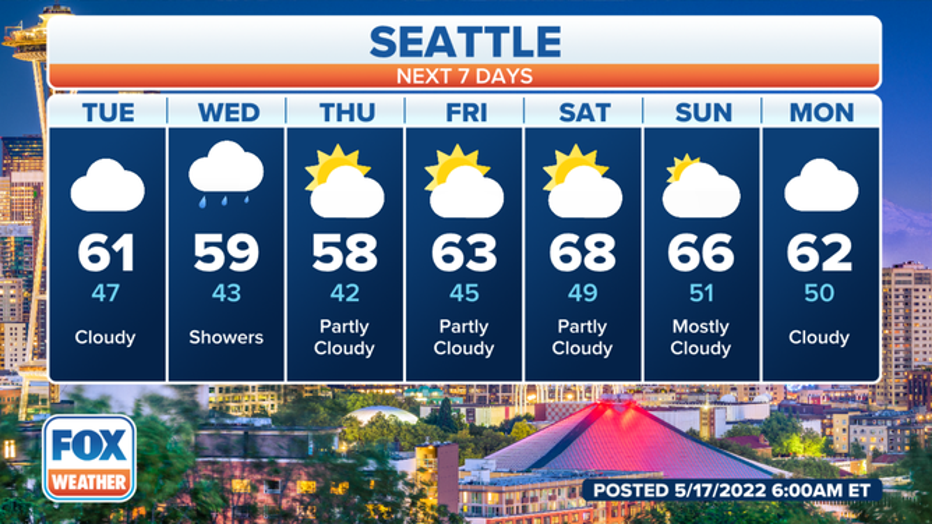 But rain returns to the region early next week.