Rainy but warm Christmas and into the next week

We're tracking mild temperatures and scattered rain for Christmas today! Thankfully, we're not expecting snow or freezing rain for our region, even over the passes. A series of atmospheric river events will bring rounds of rain to Western Washington in the days to come. 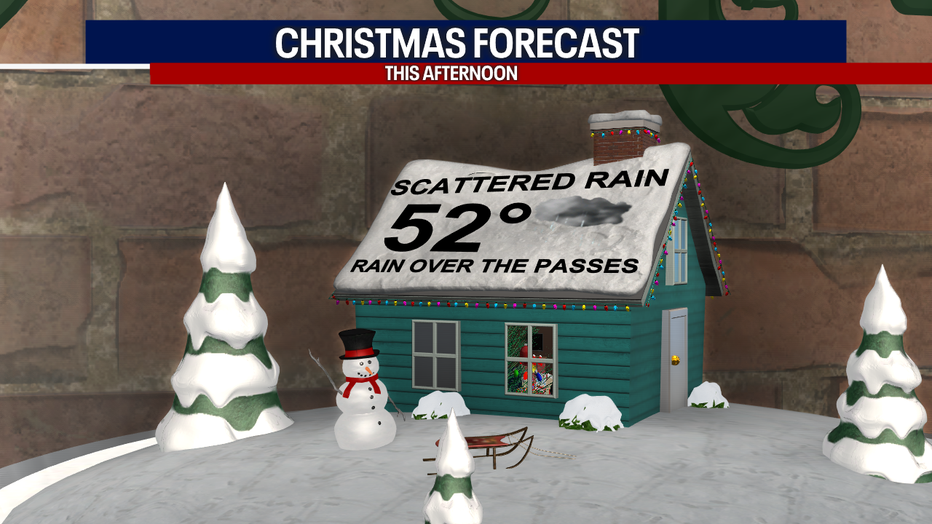 Highs today will reach the low to mid 50s for most. You can plan on cloudy skies and rounds of rain. 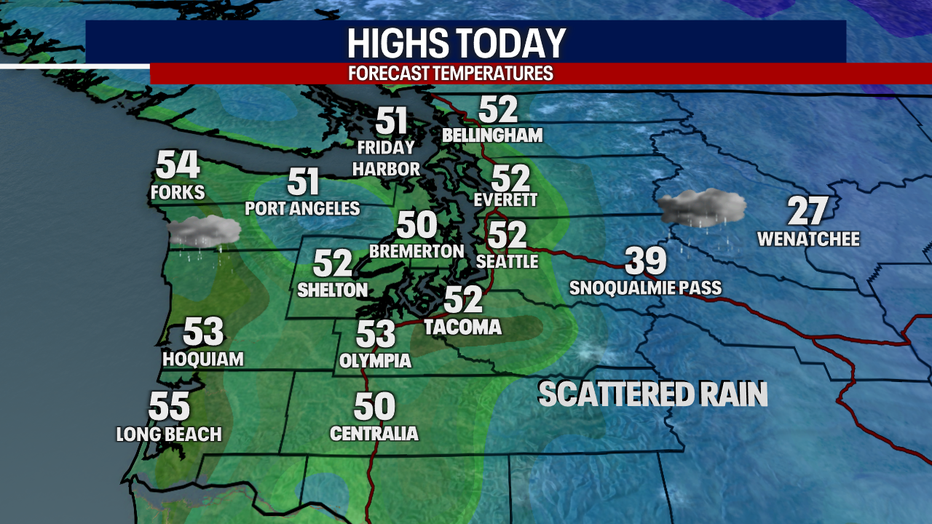 There's a Coastal Flood Advisory in effect for the North Coast, Strait, inland waters and Western Skagit and Snohomish Counties until 4 p.m. due to king tides. Minor tidal overflow could flood parking lots and local roads. Remember to never drive into flooded waters! This advisory lasts until 10 tonight for the South Coast. 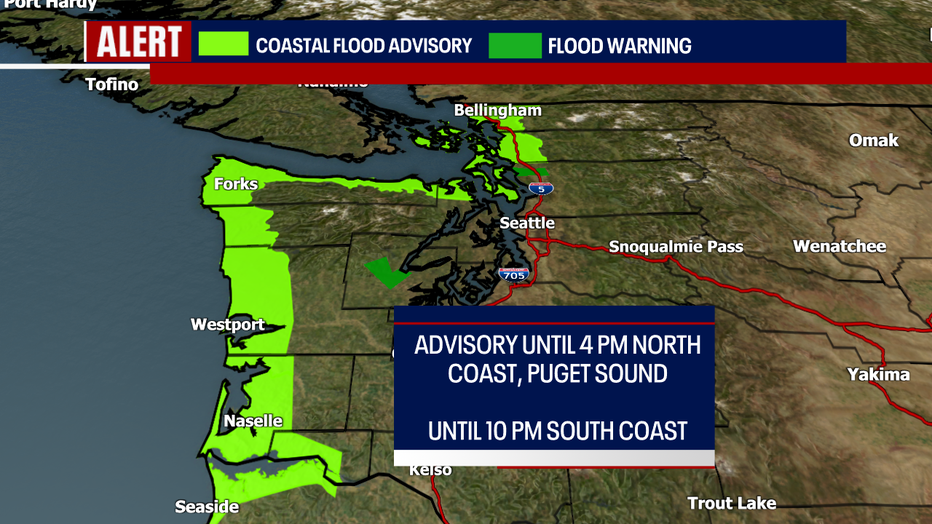 With rounds of rain in the forecast, we're expecting river levels to rise across Western Washington in the days ahead. However, widespread river flooding isn't expected through tonight.

Where heavy rain develops and storm drains get clogged, there could be localized street flooding, too. 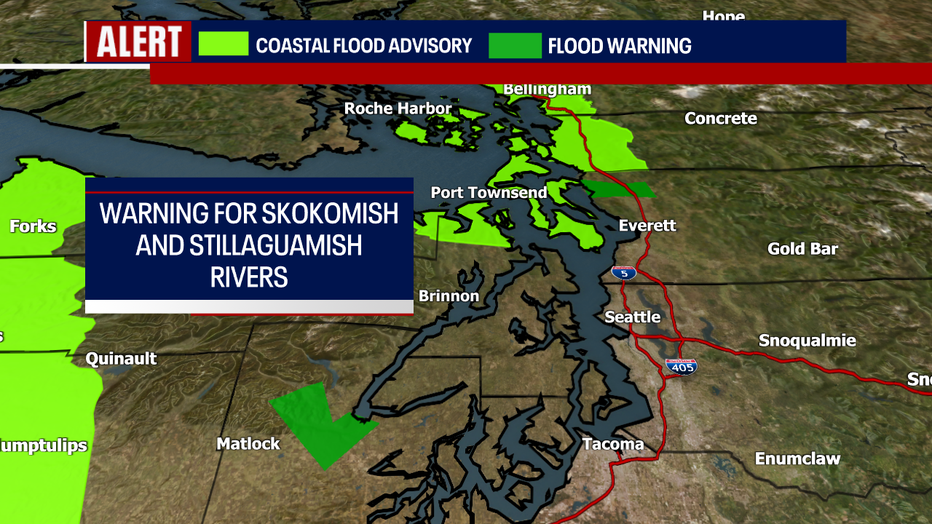 If you're traveling in parts of Eastern Washington today, there could be freezing rain. This Winter Weather Advisory is in effect until 6 p.m. for the Yakima Valley. 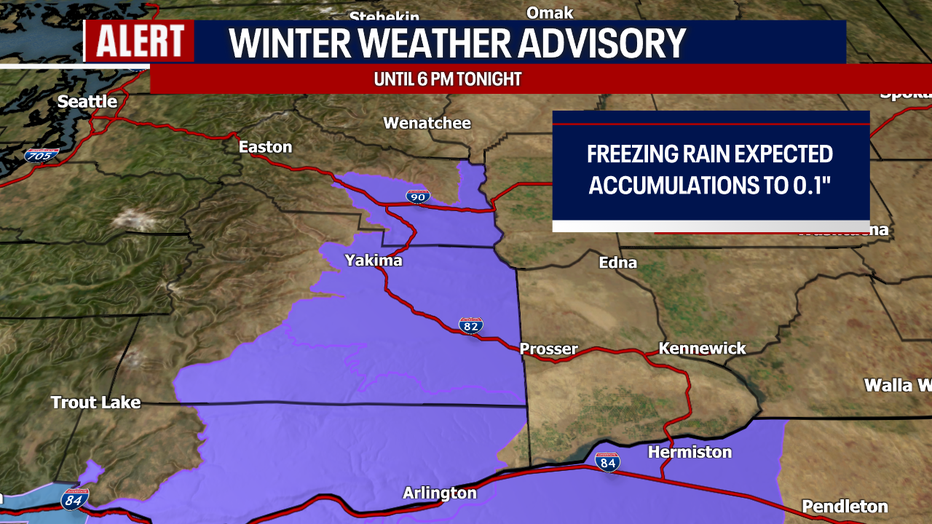 Earlier this morning, both Stevens and Snoqualmie Passes were closed. Snoqualmie Pass reopened by the 9 o'clock hour. While conditions are generally expected to improve over the passes today, we'll have to watch for flooding with rain in the forecast and the recent snow and ice melting.

Monday looks rather soggy. Tuesday, strong winds could sweep through Western Washington. This doesn't look like a major event for most places, but moderate winds could trigger power outages and cause some tree damage.

Wednesday, heavy mountain snow could stack up over the passes. Rounds of lowland rain and mountain snow stays in the forecast through New Year's Eve. 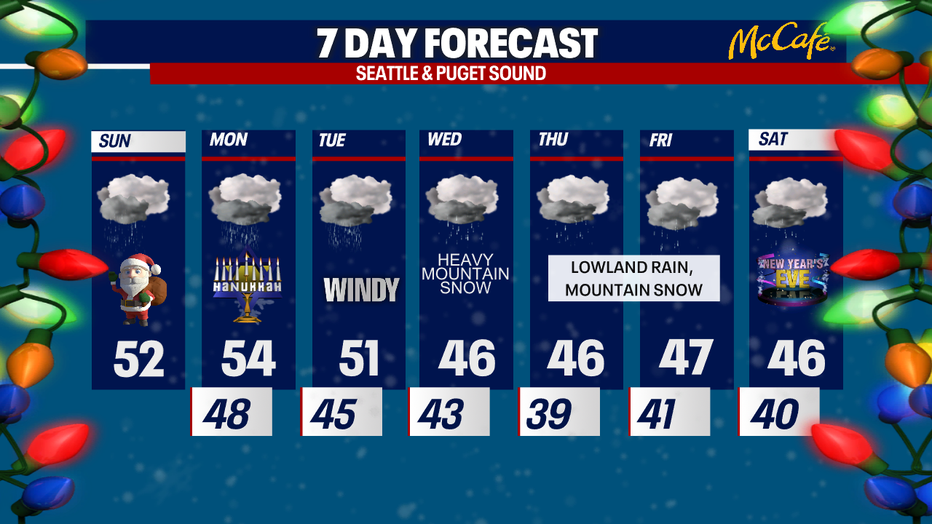 Hope you have a wonderful Christmas and Hanukkah!