SEATTLE - The big weather story Saturday: A calmer day for the lowlands, but not so much across the Cascades as Snoqualmie Pass completely shut down after several spin outs and collisions.

Highs Saturday landing in the low 50s at the airport.  Normal for this time of year is now 54. 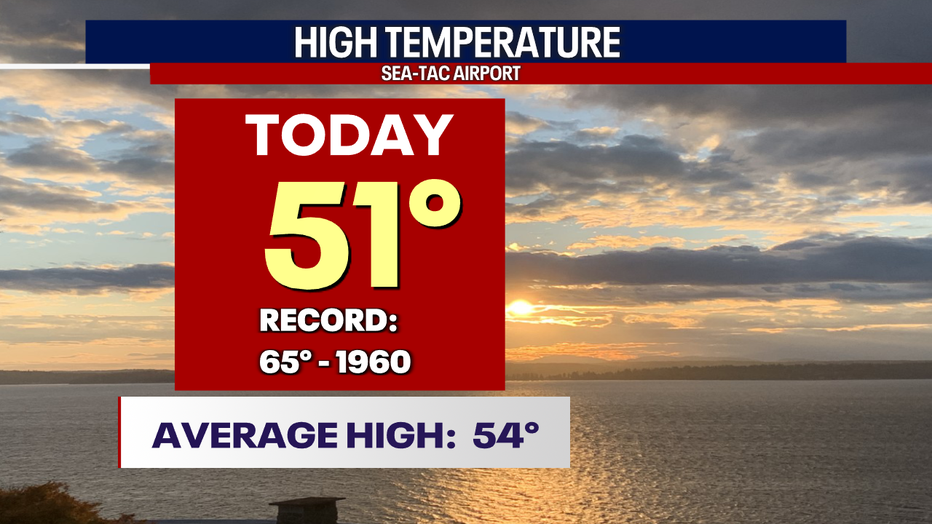 Hard to believe, but it's that time of year again when we enter the dark zone.

Don't forget to roll back the clocks an hour for Day-Light-Saving time.  Our new sunset time on Sunday is 4:44pm. 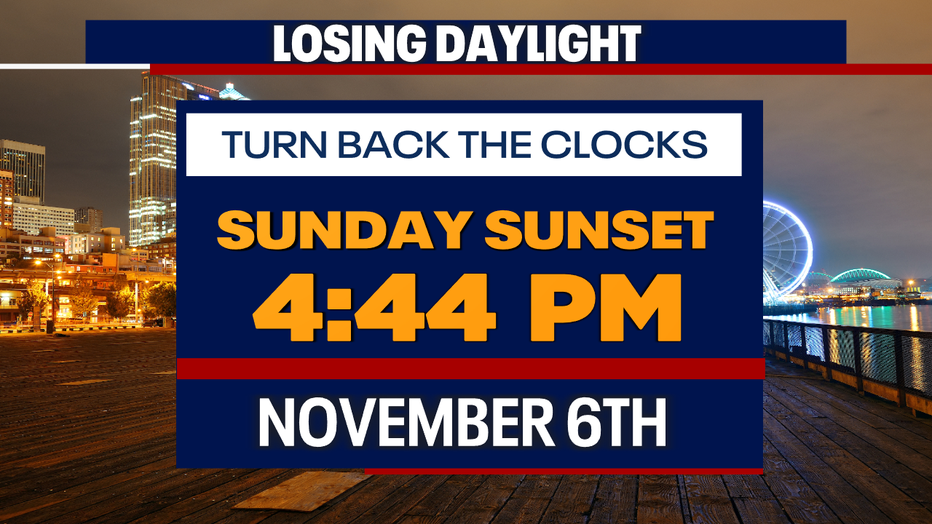 Overnight temps Sunday cool into the low 40s for most with much colder air on the way next week.  The metro area might just see the first freeze by Wednesday.  Brr! 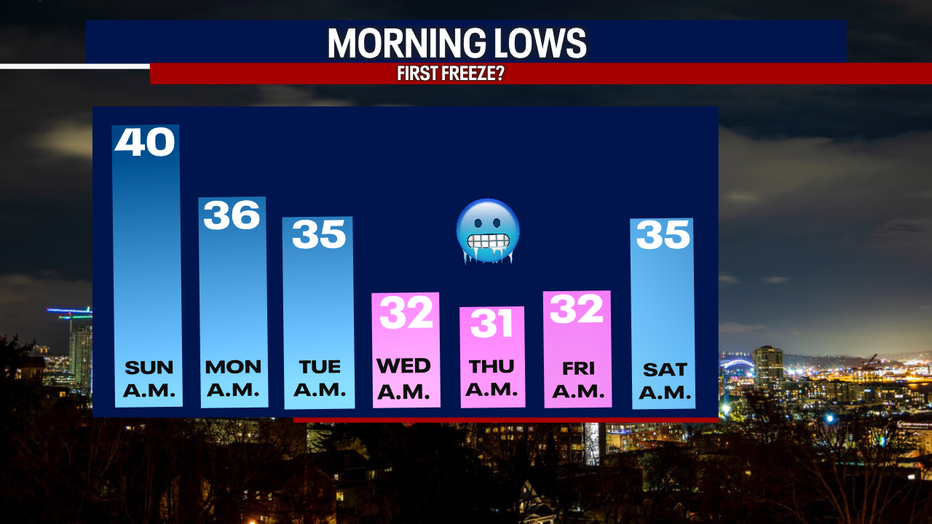 Wake up weather Sunday features lowland rain with heavy mountain snow.   Highs tomorrow cool off into the mid 40s.  Those chilly highs are more reflective of our seasonal overnight lows for this time of year. 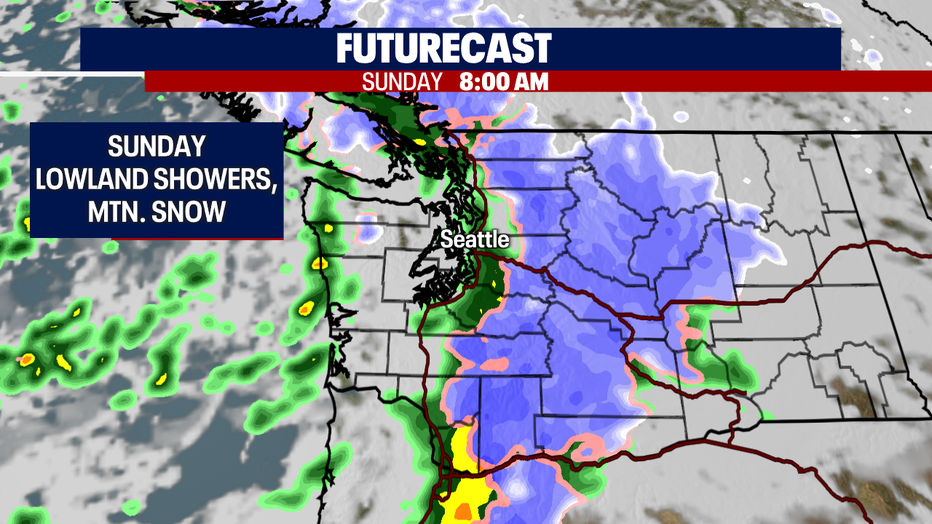 The coast has a chance for a thunderstorm to fire up throughout the day.

We're also forecasting breezy conditions around Puget Sound with gusty winds at times in the foothills. 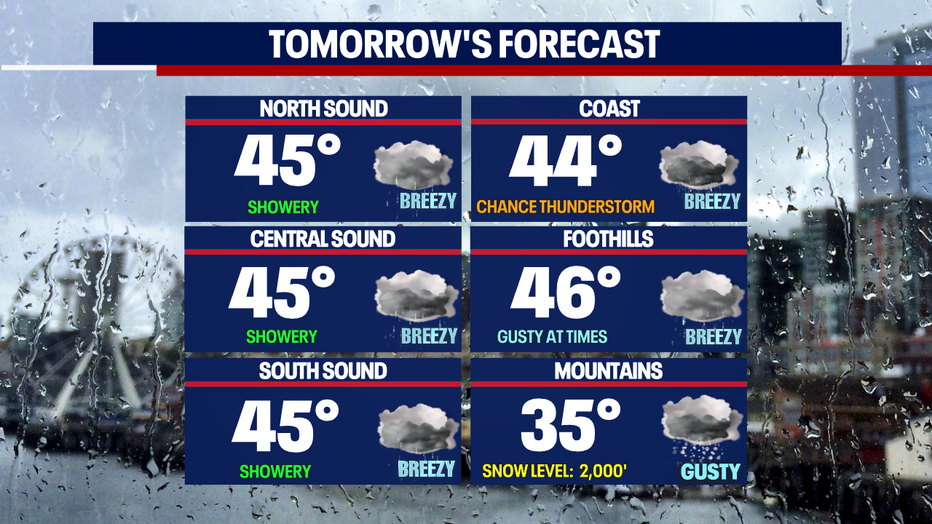 As snow levels continue to fall the Olympics and Cascades remain under a "Winter Weather Advisory" much of Sunday until 4pm, except for Chelan County where the advisory expires at 10pm.

Plan ahead if you are traveling over the mountains as heavy snow will blanket the high country.  We expect up to 16" in some locations.  Allow extra time as closures are possible. 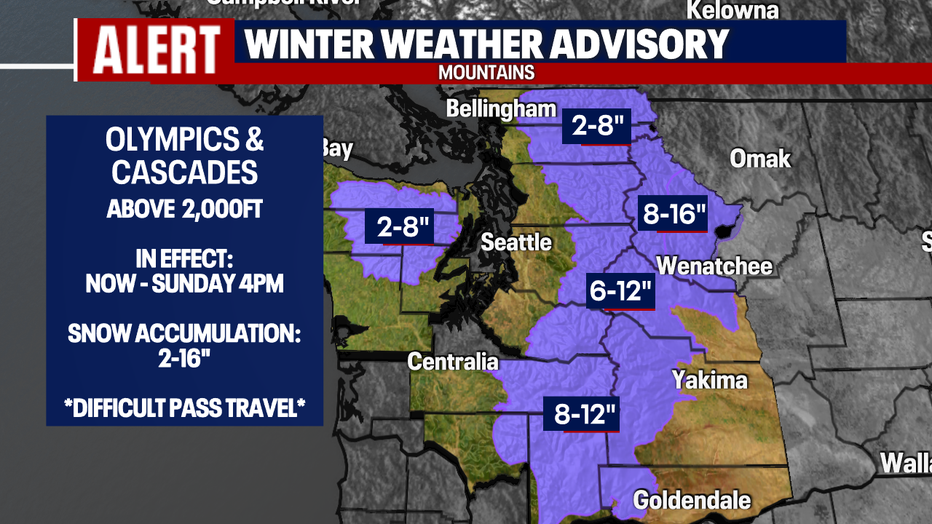 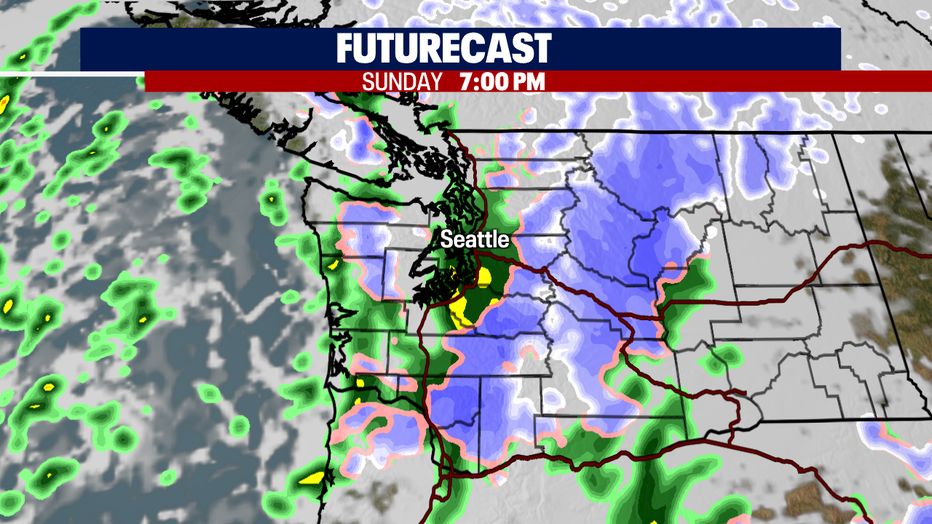 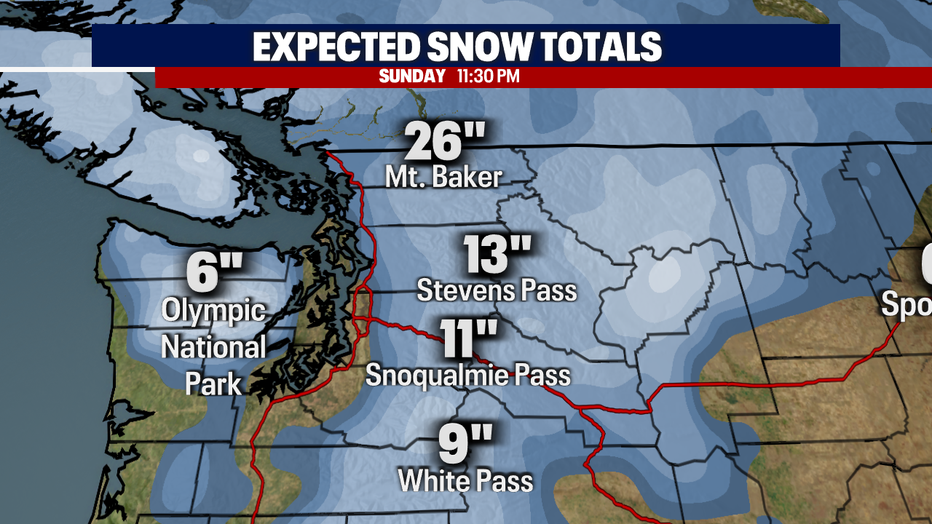 As moisture diminishes across the much of the mountains into Monday some areas to the north will hang on to showers.  Snow levels will remain close to 1,000' and that means there is a chance for some folks to wake up early Monday, when temperatures are the coldest, to a lowland wintry mix before warming up and drying out.

Areas to watch Monday morning: The North Sound and east of I-5 into the foothills of the Cascades. We do not expect any accumulations. The rest of the week looks mainly dry and cold as temperatures overnight drop into the upper 20s to low 30s. 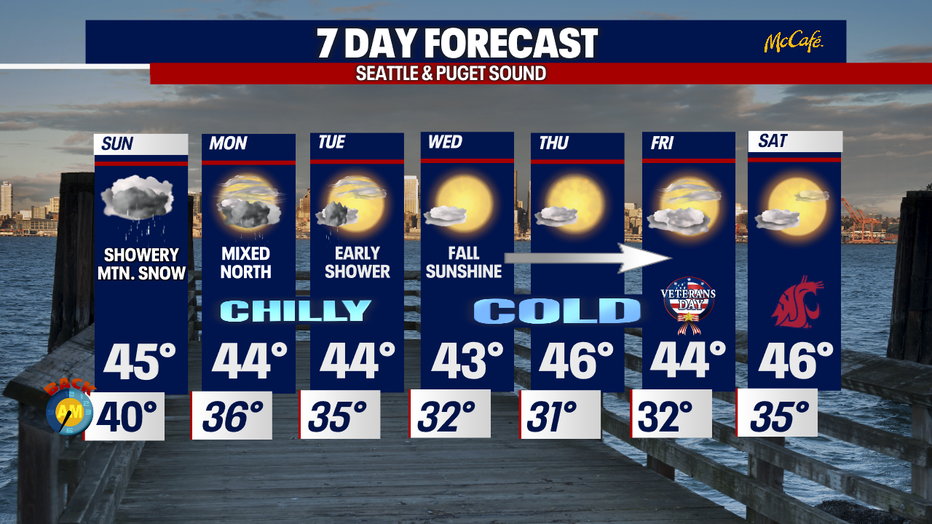