Saturday will be warm but rainy

Get ready for a wet next couple of days!

SEATTLE - Happy Friday! Change is in the forecast-- rain, wind, and mountain snow will head our way starting Saturday afternoon!

Today though….not bad! Seattle topped out at 50, which is four degrees shy of normal. Areas to the north were cooler, but spots to the south were much warmer!  Kelso hit 60 and Vancouver landed at 61. 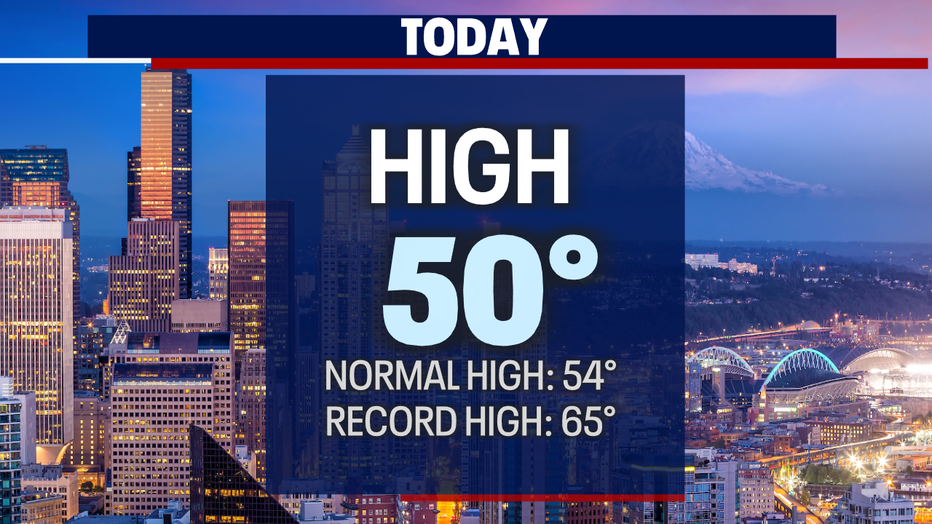 Overnight temps around the metro will drop to near 40, while places to the southwest will cool even more into the mid 30s.  Overall, our low temperatures will trend warmer over the next five days. 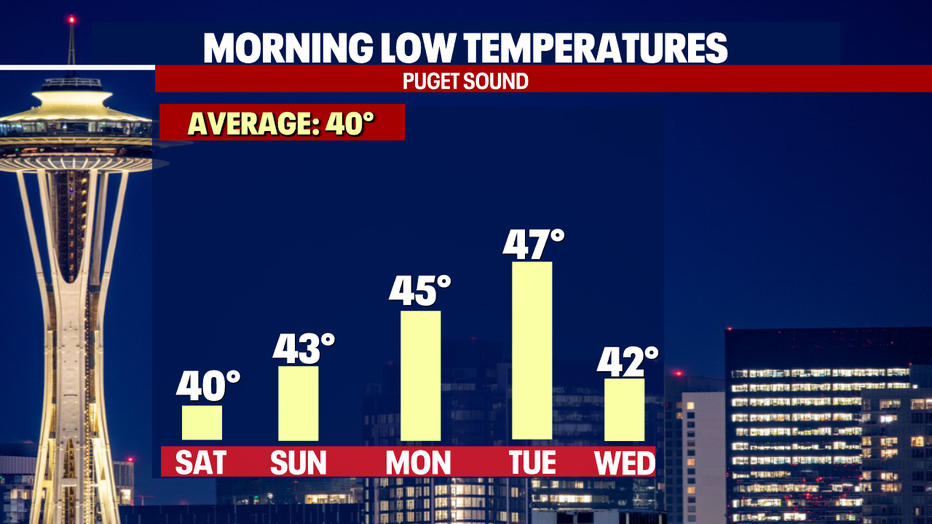 Who's heading to Lumen Field tomorrow for some MLS soccer?  The Sounders host LA Galaxy as they look for their first win of the season.  Kickoff is set for 12:30pm on FOX13. Plan accordingly though… the match will start out under dry conditions, but by the end of the game don't be surprised if showers take over.  Winds will become breezy too! 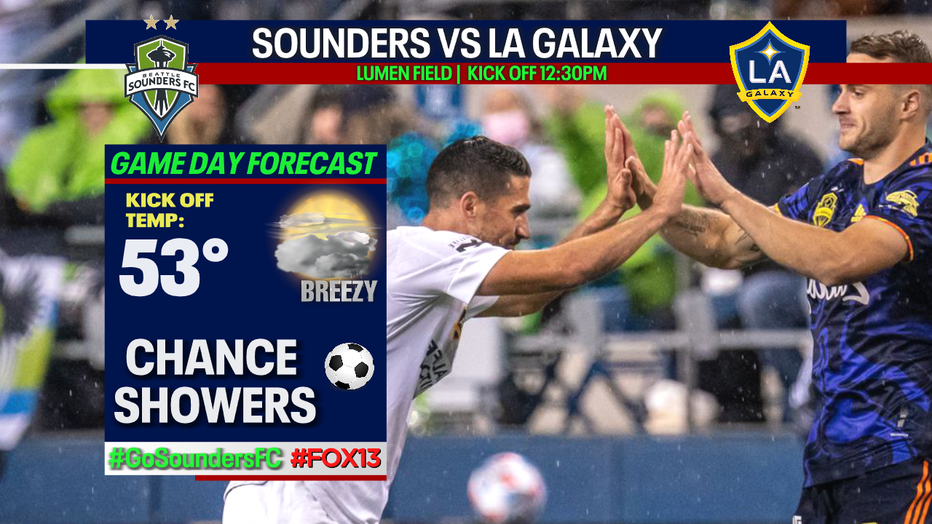 This system pushes through Saturday afternoon lasting through Sunday midday.  Rain will spread inland and winds will follow.  Snow will start to fall over the mountains as well.  We're looking for 2-4" from this storm for the Northern and Central Cascades with much more to the south where a Winter Weather Advisory will be in effect for 10-12". 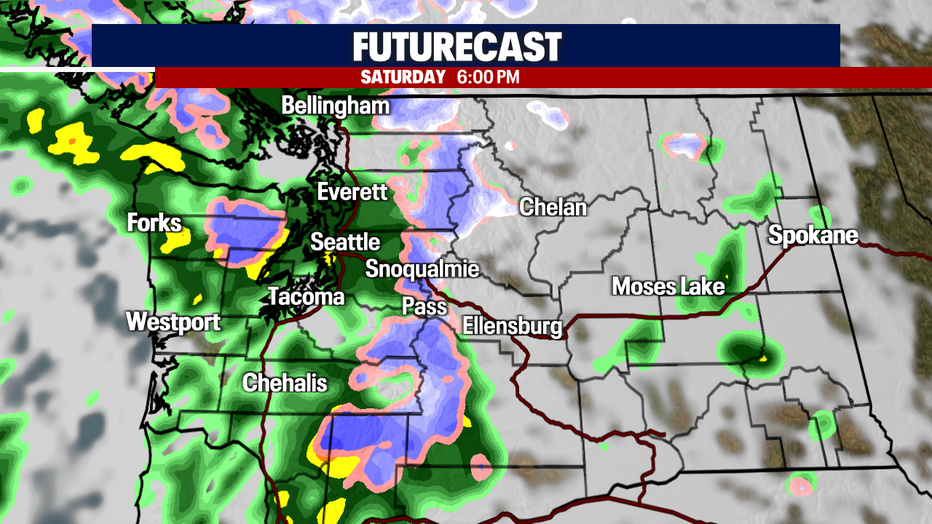 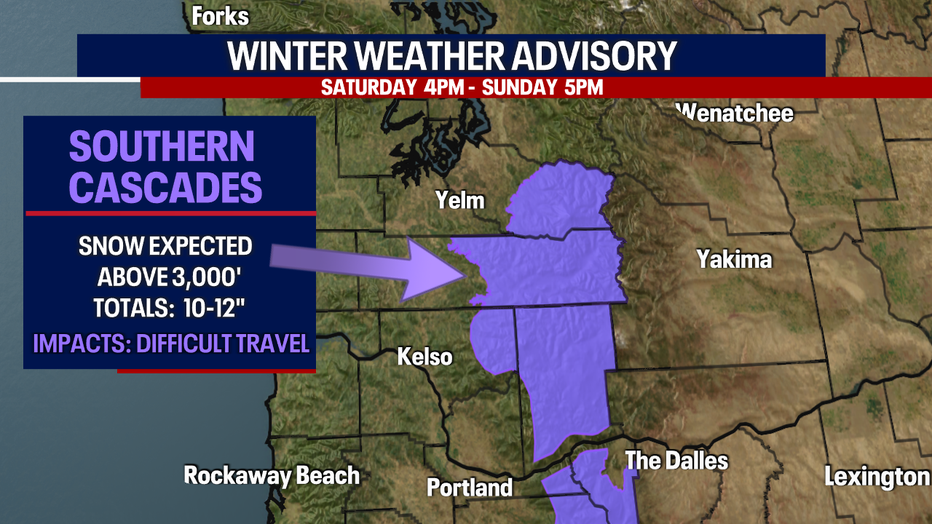 Sunday sees a bit of a break from the steady rain. By dinner time, showers will hang mainly to the north and over the Cascades.  We'll see some winds gust up out of the south too. 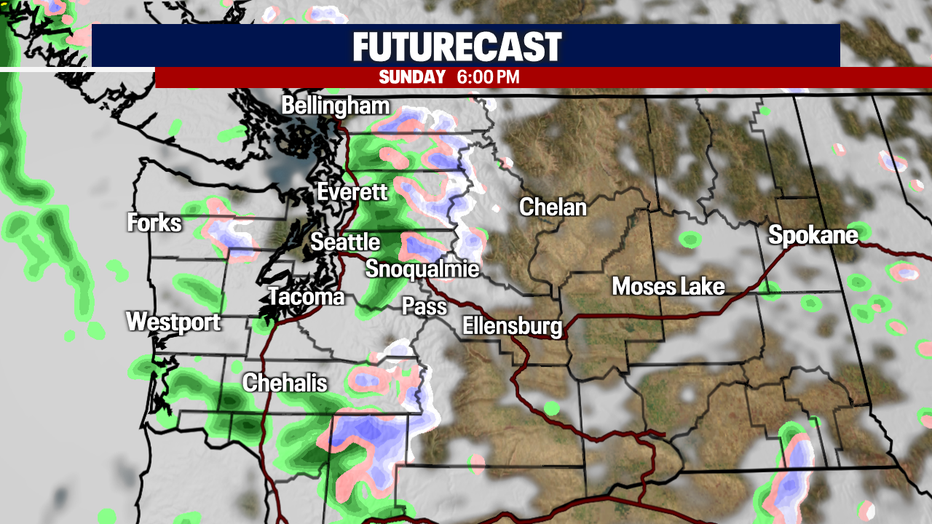 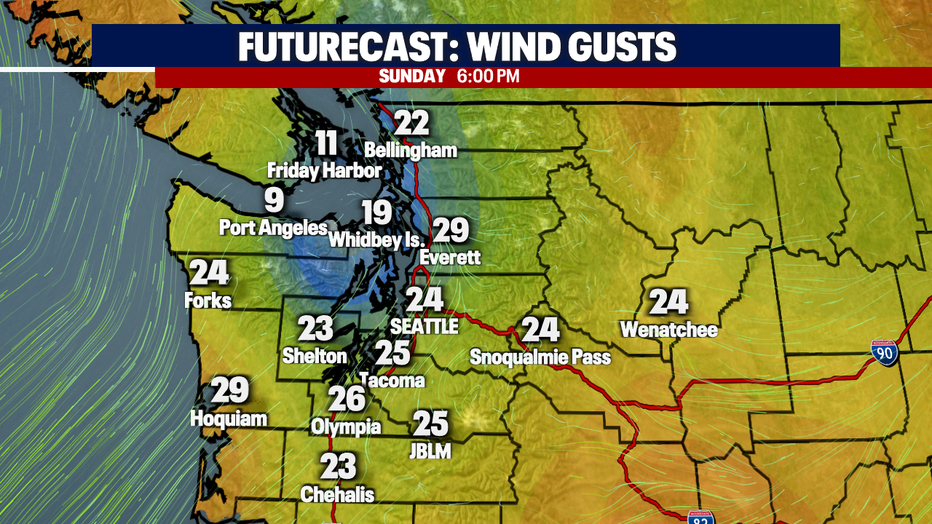 By 8 a.m. Monday, we'll say hello to another "Atmospheric River!"  Yep, more rain will tally up in the bucket at SeaTac.  Going into the weekend we have just over an inch in the gauge but by Tuesday, we'll add another 1-2" to that total.  Normal for the month of March is 4.17".

With all the rain over the weekend into the start of the work week, we'll potentially see some area rivers start to rise and move into minor to moderate flood stages.  This is something the FOX Weather Team is keeping a close eye on during this weather event. 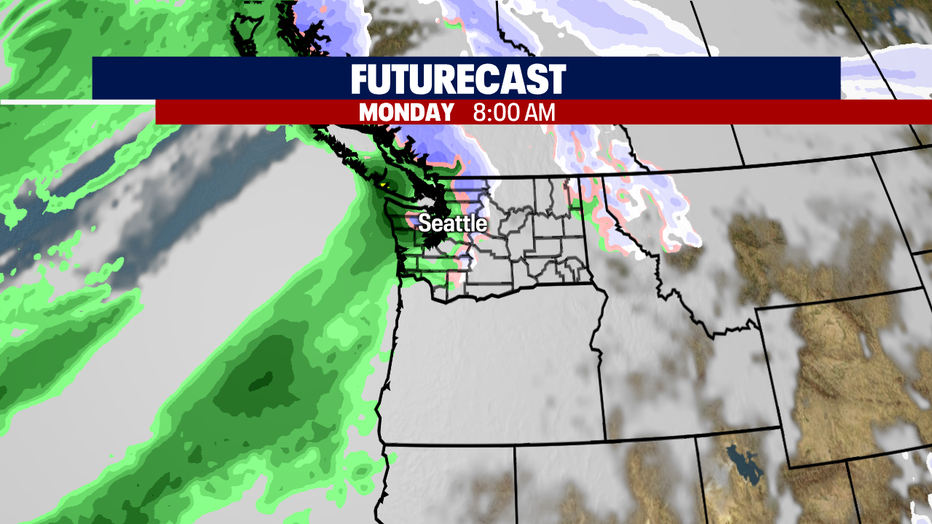 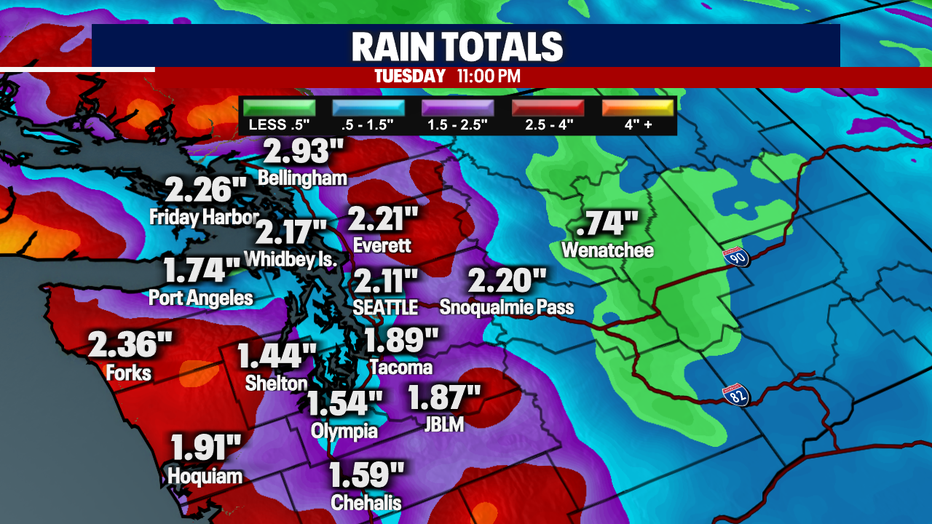 We expect a little more than half a foot to fall across the Cascades Saturday to Tuesday.  This will be a nice late winter refresher for the slopes.  Be sure to check road conditions before you go! 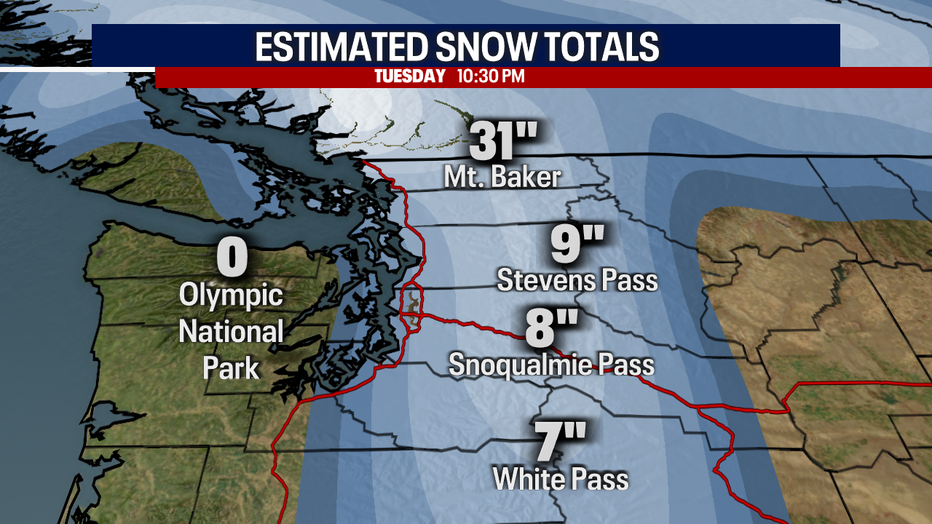 We start to calm down some late Tuesday into Wednesday and through the rest of the week.  We'll see more typical mid-March weather featuring sun breaks and showers on and off.  Highs hang in the low 50s! 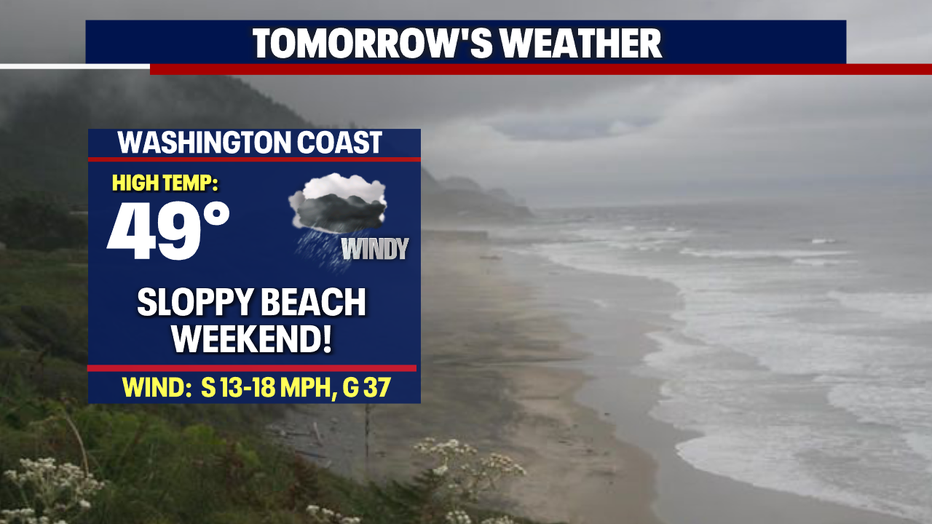 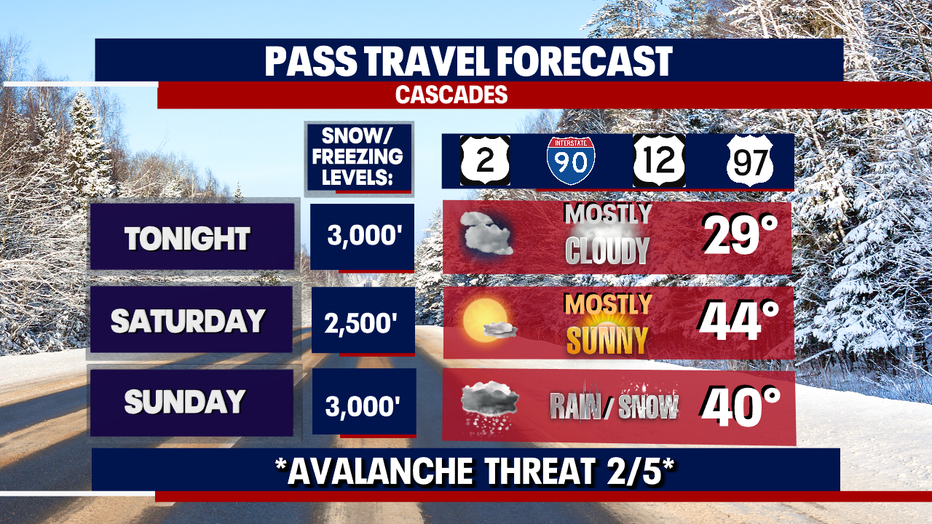 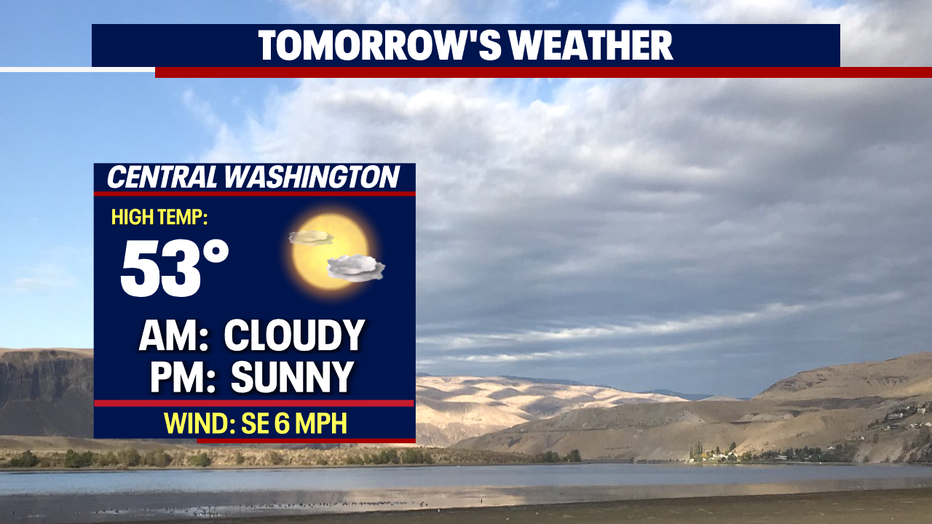