Western Washington is still seeing areas of heavy rain, increasing the threat of landslides in some areas.

SEATTLE - Given how soaked we've been since the new year started, I'm rebranding the month Rain-uary for now.

Historically January is second wettest month of a typical year. And this year it's roaring in with storm after storm after storm. The next one arrives this afternoon and stays with us through a really wet evening commute and tonight as well. 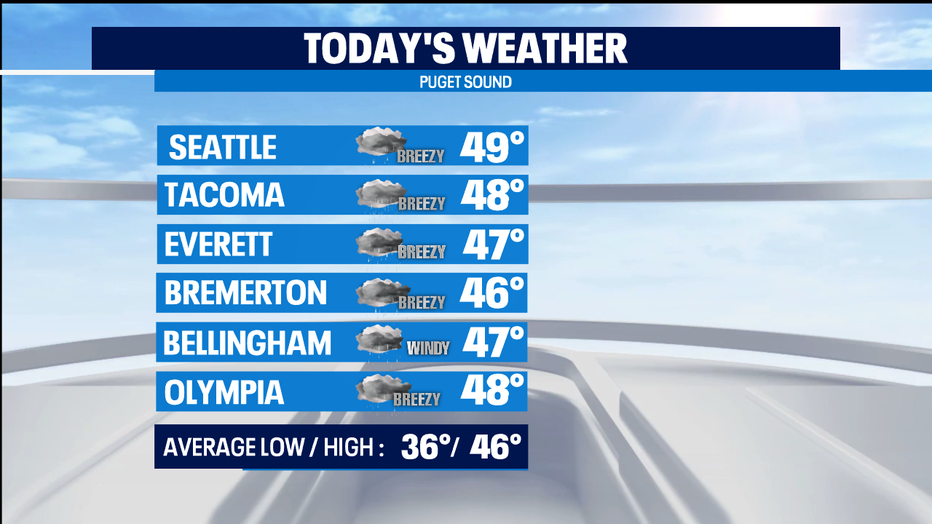 The rain today will come with quite a bit of wind as well. The windiest areas are the northern coast, San Juans, and western Whatcom County where there's a High Wind Warning in place for the late morning through the early evening. To the south of those is a Wind Advisory with slightly less impactful winds, but still quite blustery. 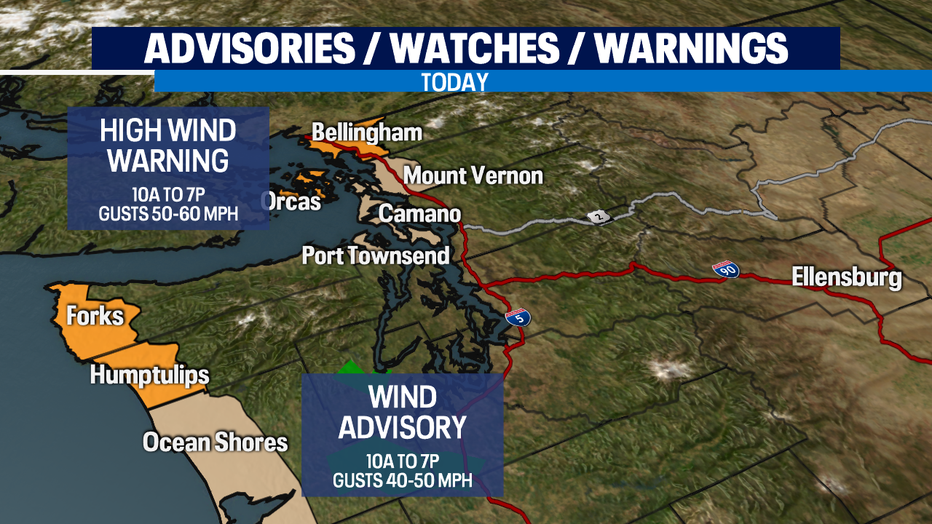 We've got an elevated risk of landslides the next few days around Western WA with all the rain we've seen and more that's on the way. The landslide risk remains even as we dry out. A landslide can happen on a perfectly sunny day and the state Dept. of Natural Resources says we're one of the most landslide prone state in the nation due to our relatively young topography and very soggy weather. 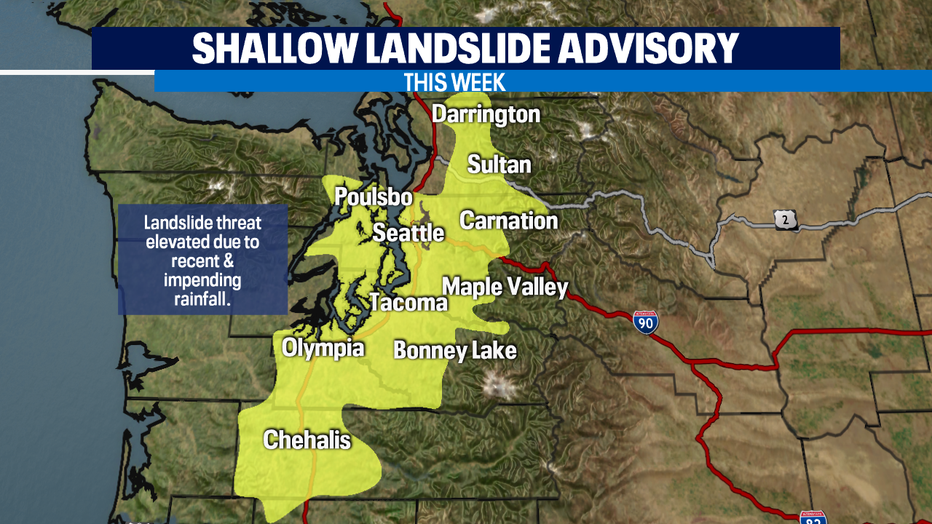 We're also going to see quite a bit of snow. We've got a Winter Weather Advisory for our main passes (Stevens & Snoqualmie) starting at noon and going all night long into Wednesday morning. The Cascades to the north and south will are under a Winter Storm Warning where a whopping 15-25" of new snow are possible. 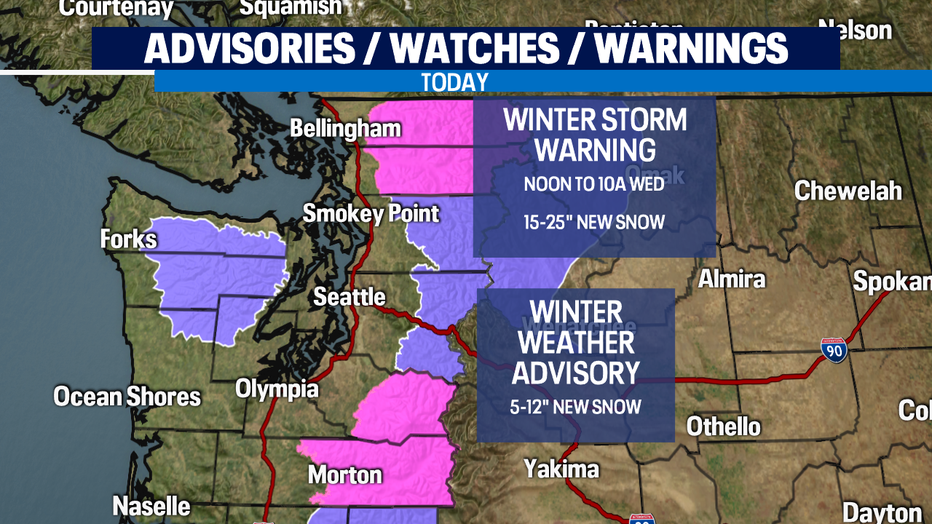 The lowlands get rain, but a lot of it. The dry weather last night and this morning has allowed many of our rivers to fall below flood stage. Minor flooding is still occuring on a few rivers in our region. Those could rise back to moderate flooding with incoming rain tonight. Make sure to obey all road closed signs. The Nat'l Weather Service mantra is "turn around, don't drown". 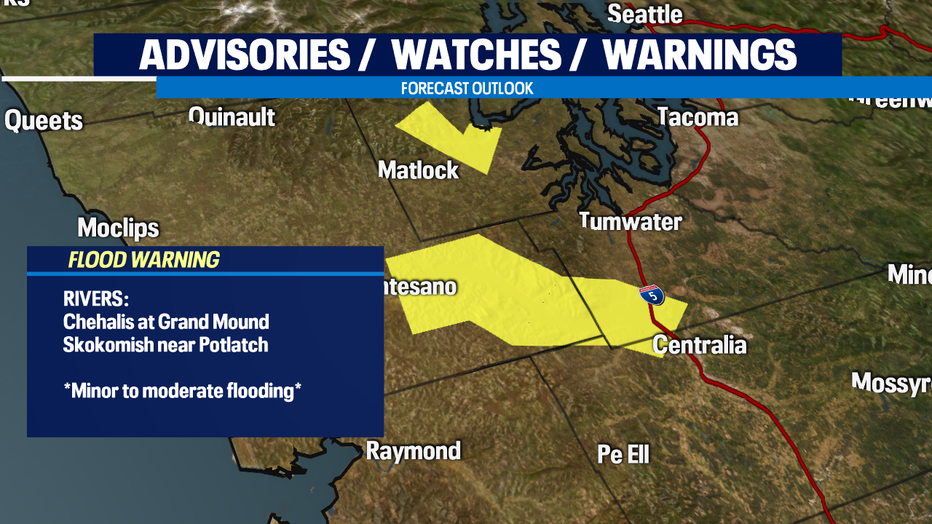 We'll start drying out Wednesday with a few batches of showers that look, right now, to move through in the early morning and late afternoon/early evening. 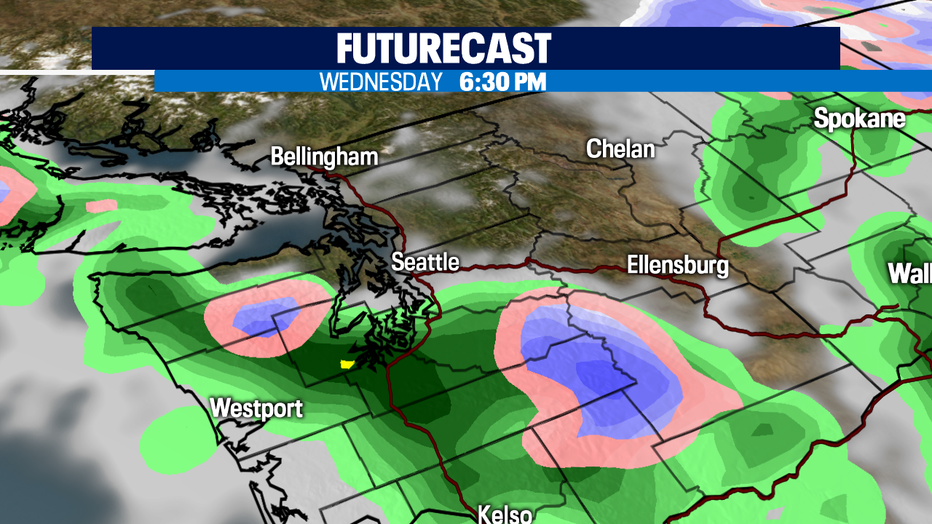 Thursday could be our first completely dry day around Western Washington this year! But the parade of storms continues (with some breaks in between). 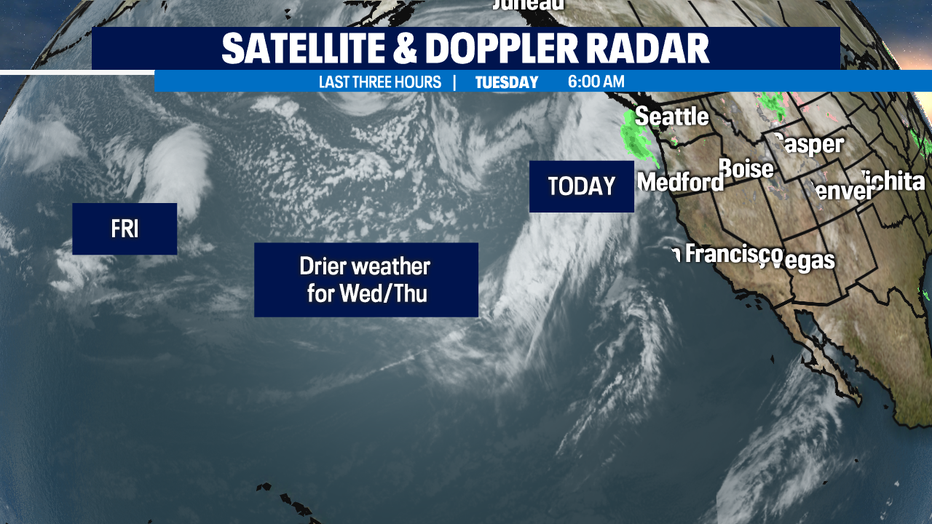 Another weather system looks to move through on Friday and a stronger, wetter one Saturday night into Sunday. So, the Seahawks game early Saturday afternoon could end up being totally dry. 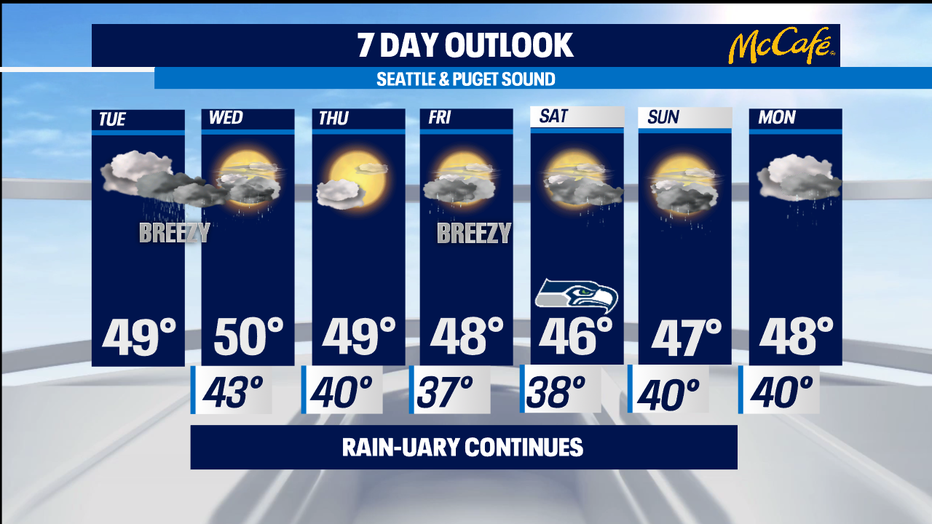 Yet another possibly Monday night. Only 74 days until spring, but who's counting? -Tim Joyce