More rain and cooler temperatures on the way Thursday

SEATTLE - It was a beautiful day across the region as we enjoyed a brief dry break ahead of the next system, which is already on its way.

Highs are on the cool side again, landing near 60 in Seattle. 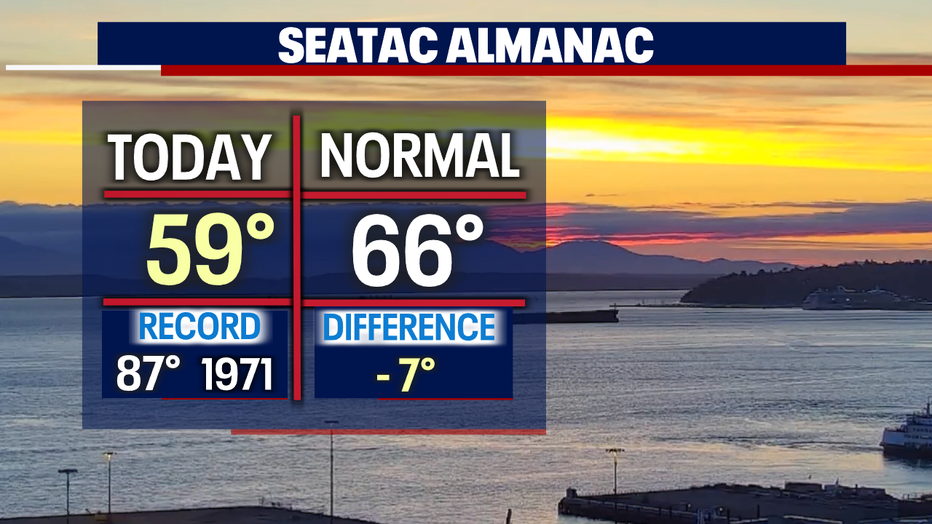 As the latest front moves inland, showers will start out light overnight and increase as we move through the day. Look for lows to land near 45 for the metro area. 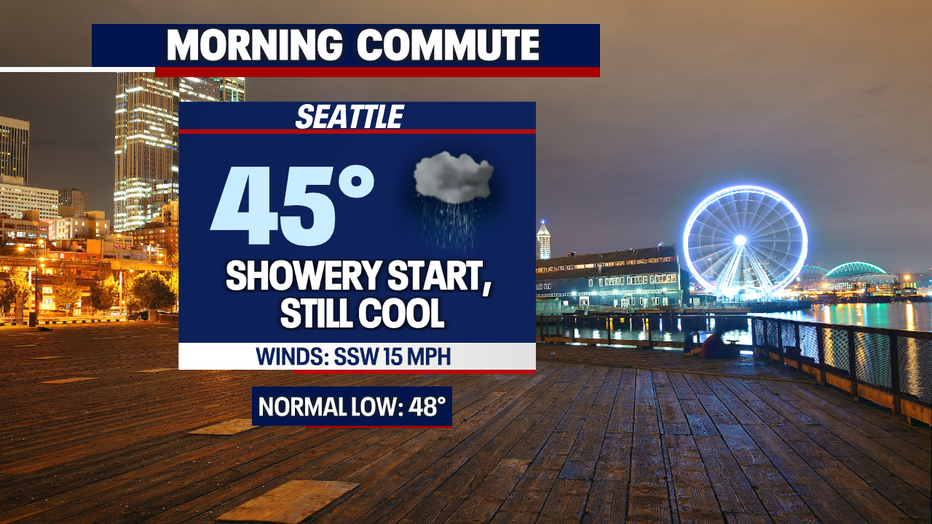 Highs Thursday top out only in the low- to mid-50s. That's 10–16 degrees colder than average for this time of year. Not only will showers turn to rain for the evening commute, but winds will also start to kick up. Look for sustained winds out of the SSW at 15 mph, with gusts of 20-30 mph in the late afternoon. The coast, North Sound, and islands could see the strongest winds. 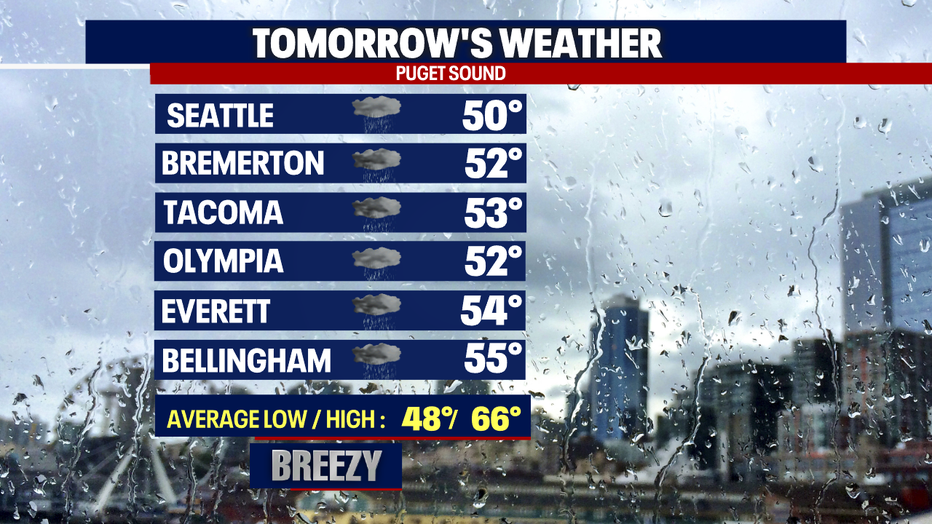 Rain will be widespread by lunchtime Thursday, with moisture extending all the way down into Oregon through the Cascades. 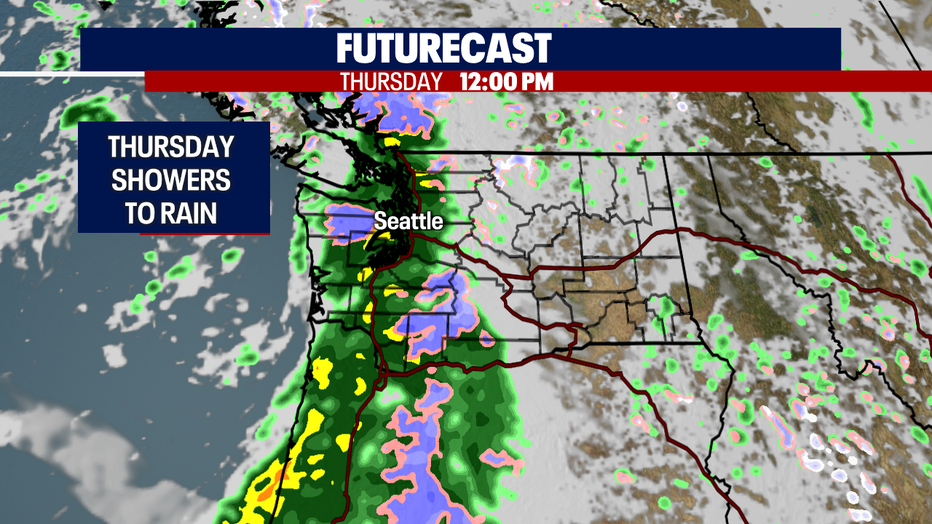 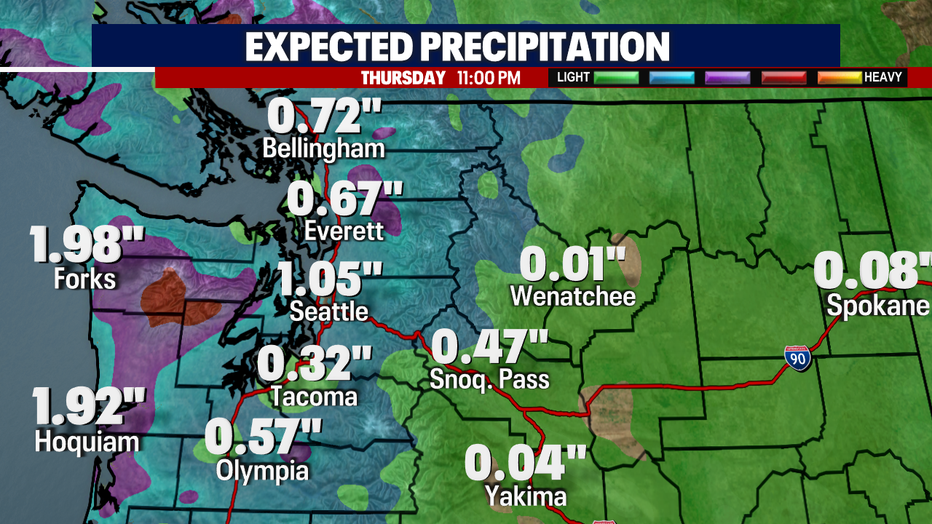 Here's when winds are expected to hit their peak gusts Thursday: 2:30–4 p.m., just as the evening traffic picks up. 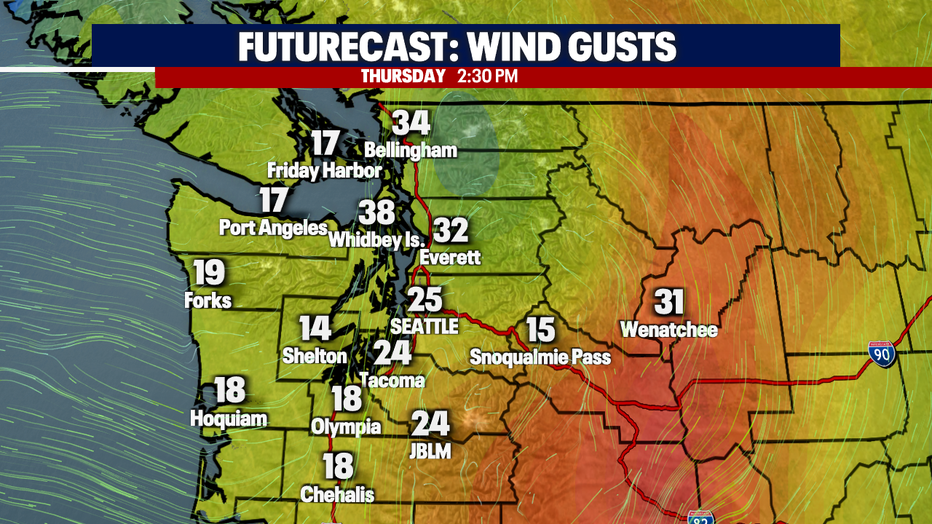 Friday, we flip back the other way and dry out again. Highs warm slightly into the upper 50s. 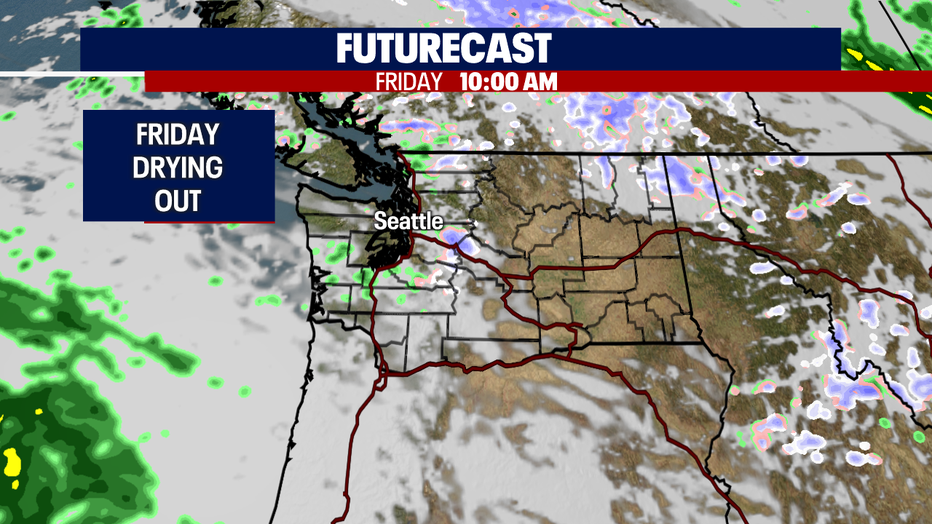 The weekend looks wet, too, but highs will climb into the low 60s. On Saturday, showers will push in from the southwest, spreading into Puget Sound by 8 a.m. Those showers will let up some by lunchtime, before the next round of rain early Sunday.

Sunday will be rainy almost all day. Highs top out in the low 60s, again cooler than average. 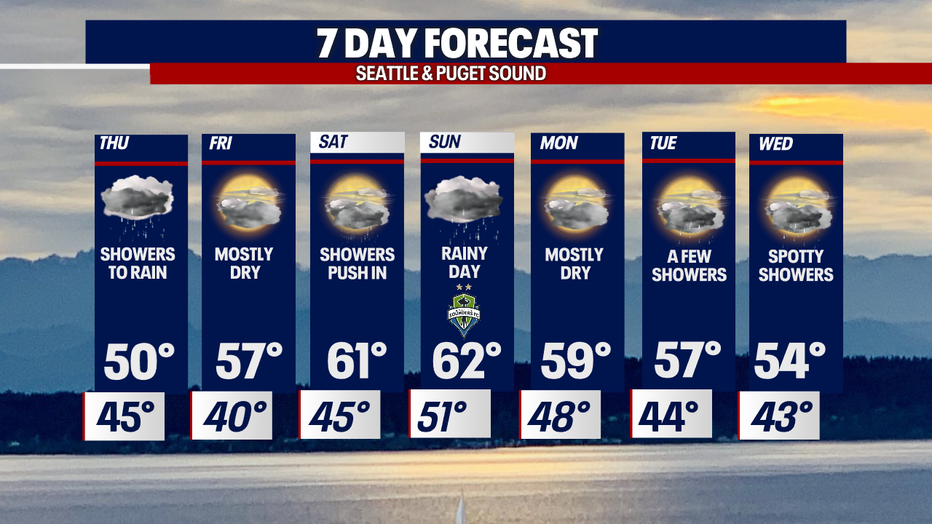 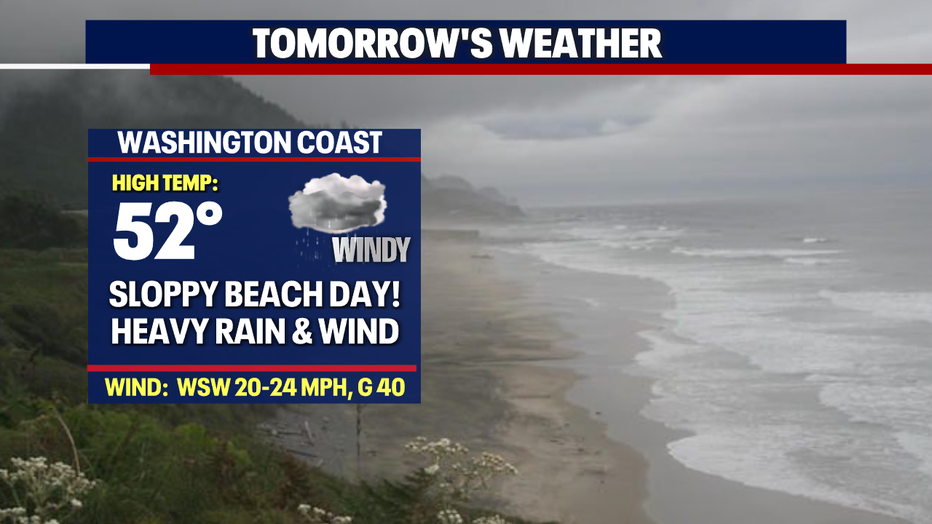 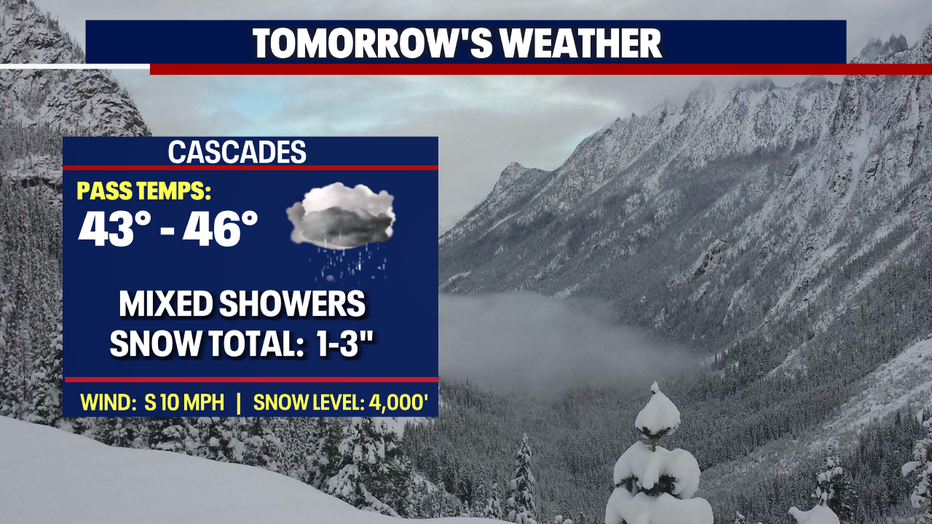 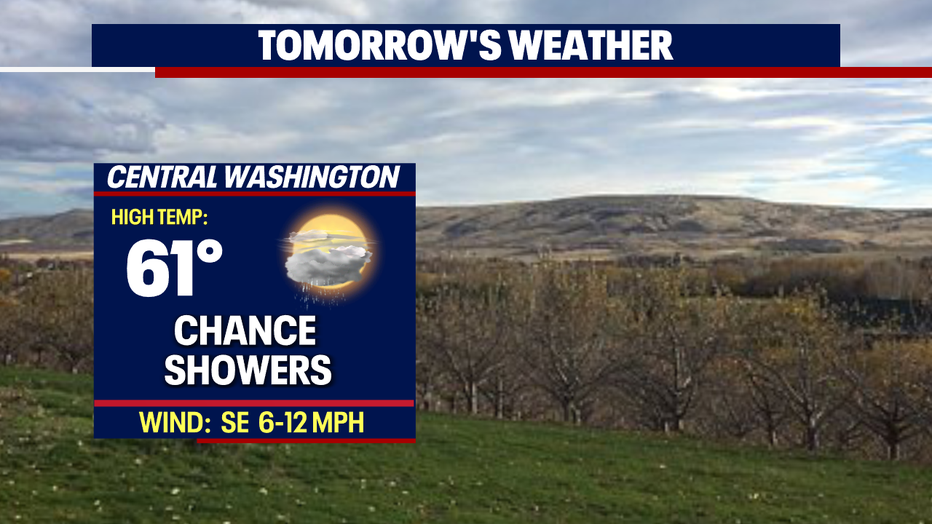