Seattle - The big weather story continues to be the dangerous flood situation around the region as a strong, subtropical atmospheric river slammed the Northwest with heavy rain and warm conditions.  Highs went soaring above average today with Seattle hitting 57 and a few other spots landing in the low 60s.  Normal for this time of year is 52. 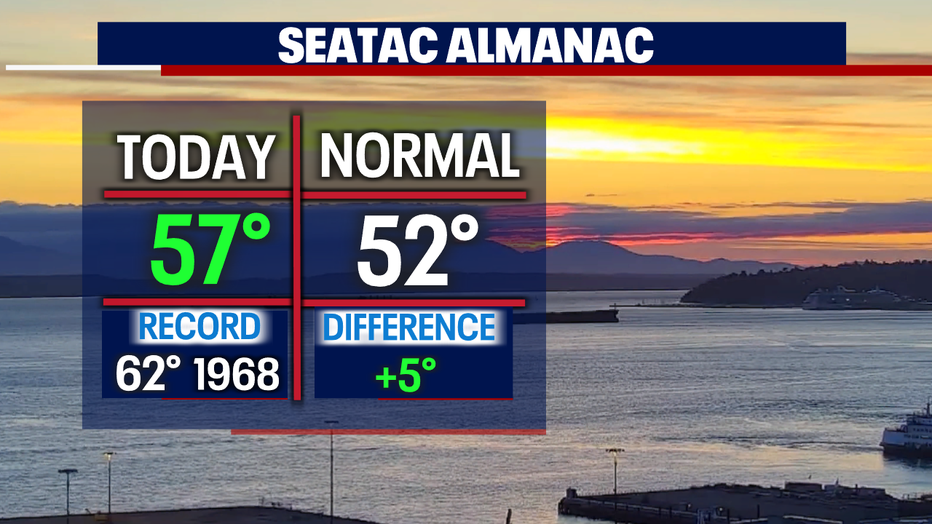 The huge river of moisture in the sky caused around a dozen rivers to jump into minor to moderate to major flood stages. And many of those rivers still running fast and high tonight still on a "watch" or "warning" list.  We will see minor to moderate flooding around much of Western WA. 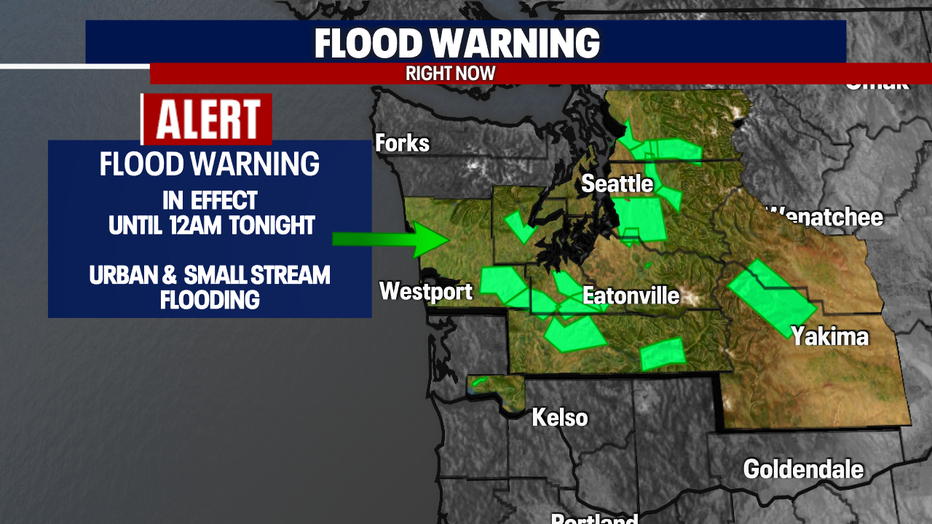 As we move into Wednesday rain will pick up again but won't be as heavy or steady as we saw Sunday and Monday.  Rivers will start to slowly recede as we push into Wednesday night and early Thursday morning. 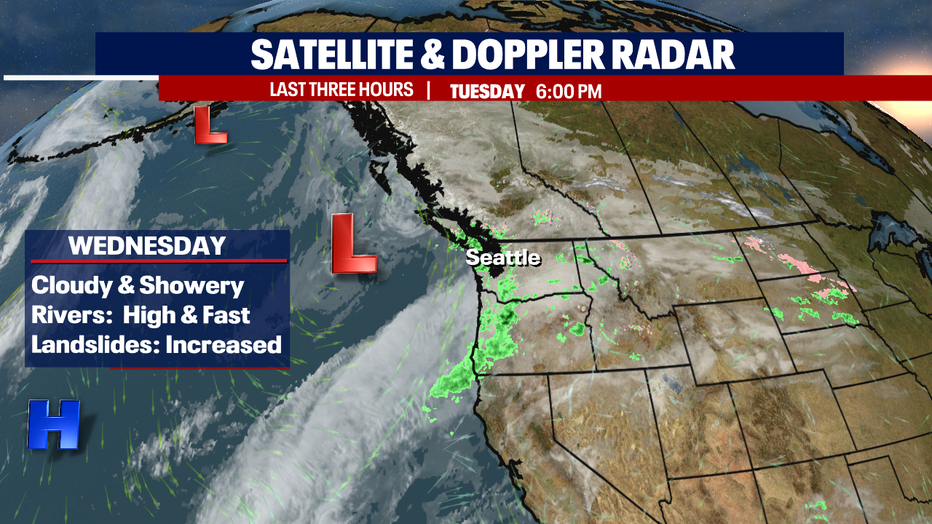 With grounds very saturated and soaked the threat of landslides will remain increased this week.  Know your surroundings when traveling near hillsides and through the mountains. 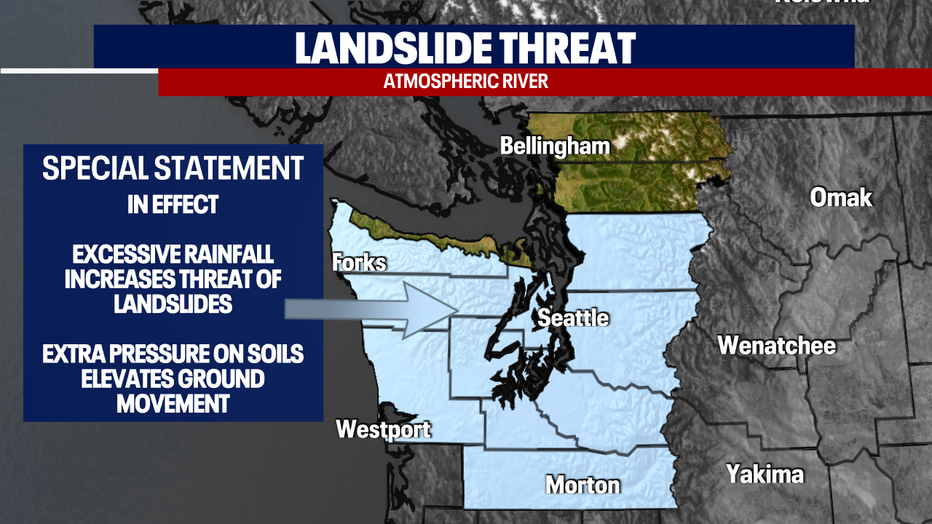 Both the morning and evening commutes Wednesday will see rain.  Heaviest showers will come during the afternoon commute. 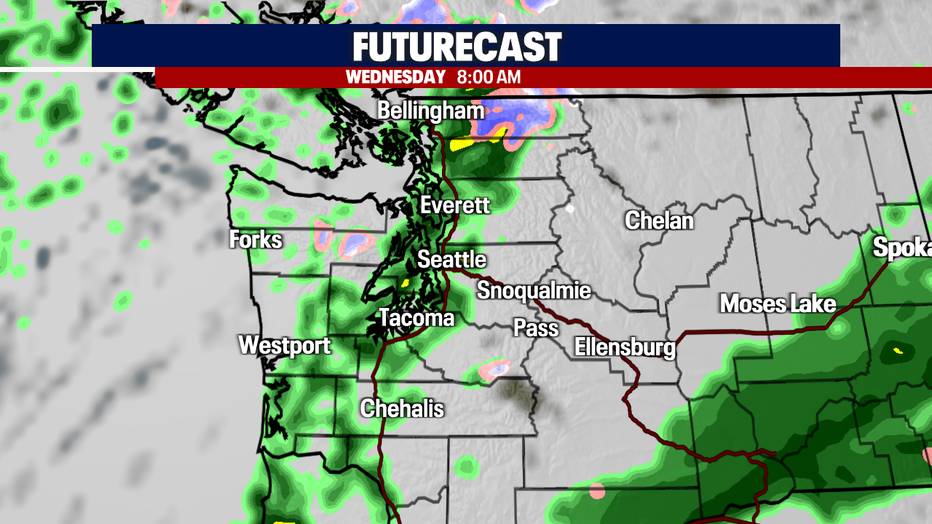 By late in the day the Northern Cascades will start to see snow fall again as temperatures cool and snow levels drop.  Lowland commuters see more rain, heavy at times. 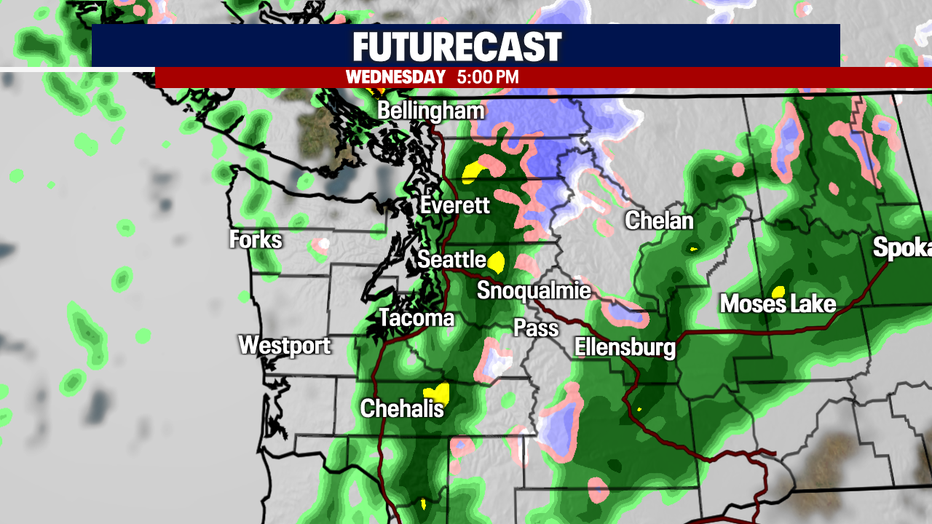 We're also keeping an eye on the chance for some isolated thunderstorms popping up Wednesday.  Highs land near average in the low 50s.

Showers will stay in the forecast through Thursday with afternoon clearing as we start to dry out.  Highs cool and drop below average into the upper 40s.

Drier and cooler conditions are forecast as we sail into the weekend.  Highs hang in the low to mid 50s.  Overnights sit near normal in the upper 30s. 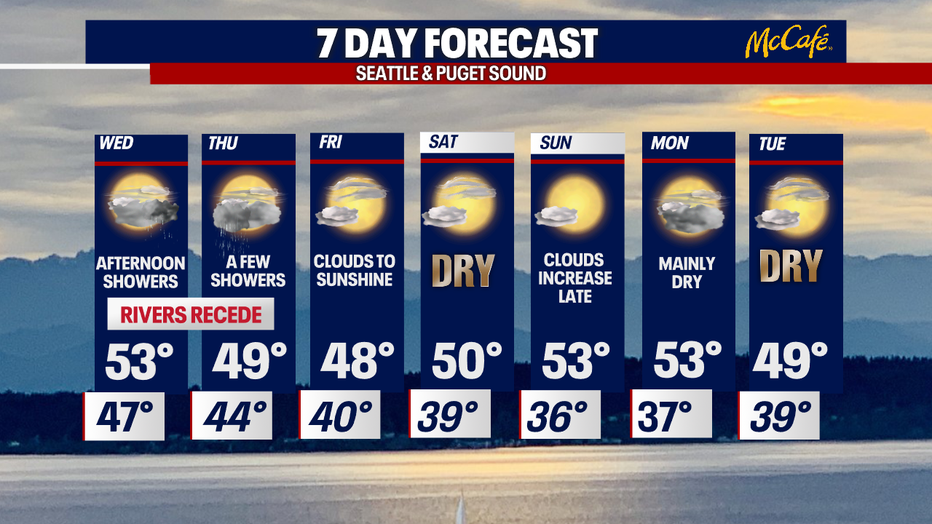 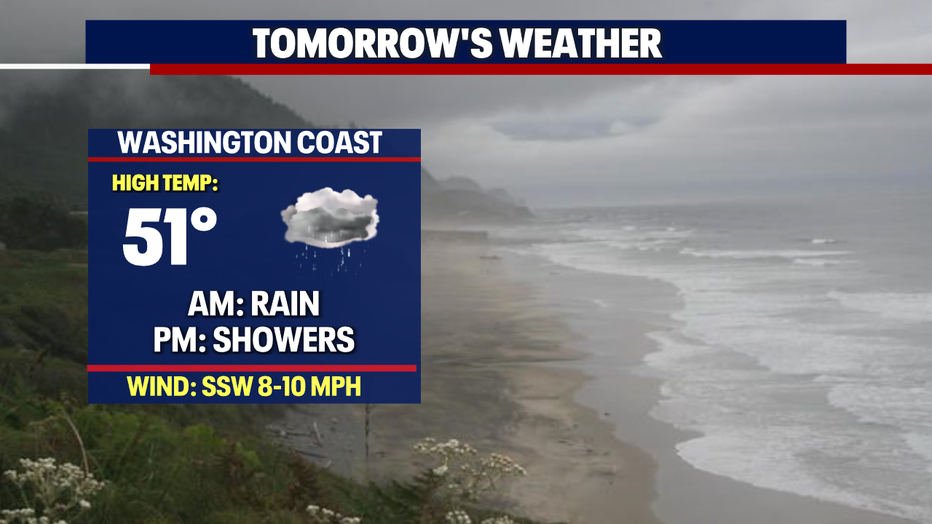 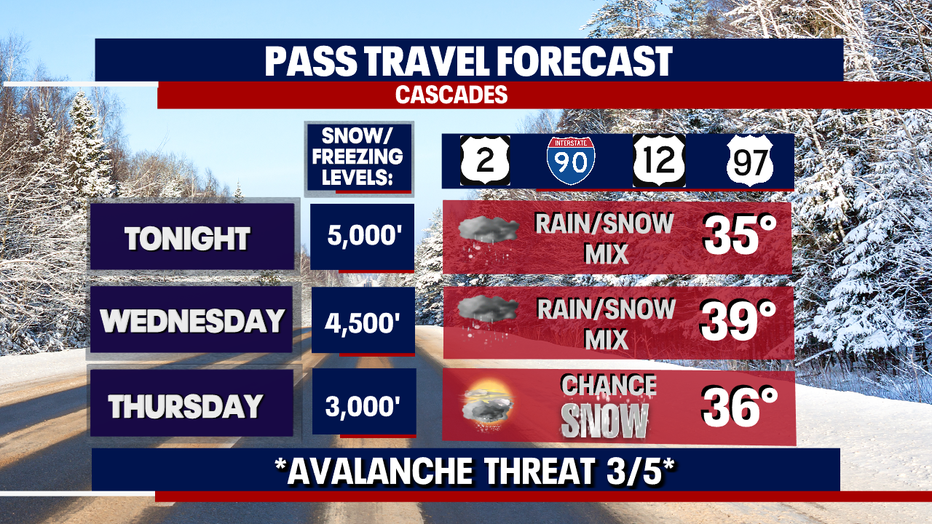 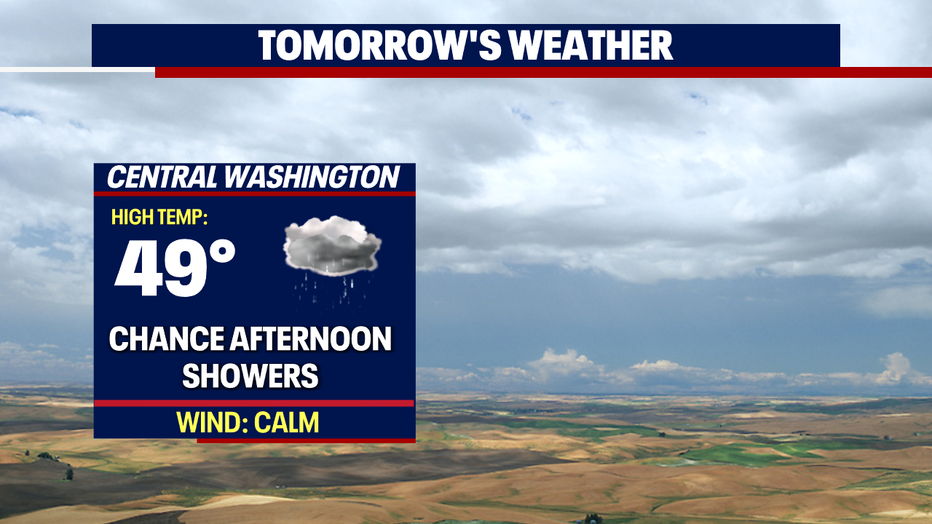