SEATTLE - Rain tonight as another front moves through the region.  This system will also deliver more mountain snow with gusty winds.  Winds will increase along the coast, through the Strait and across the southern interior from Tacoma south. Our strongest gusts will push into the overnight hours and then start to let up as we wake up Sunday.  Rain and snow will pick up to as the front moves over the area.  We expect showers to linger into Sunday.  And with the instability in the atmosphere, we may see a few pop-up thunderstorms around the coast. 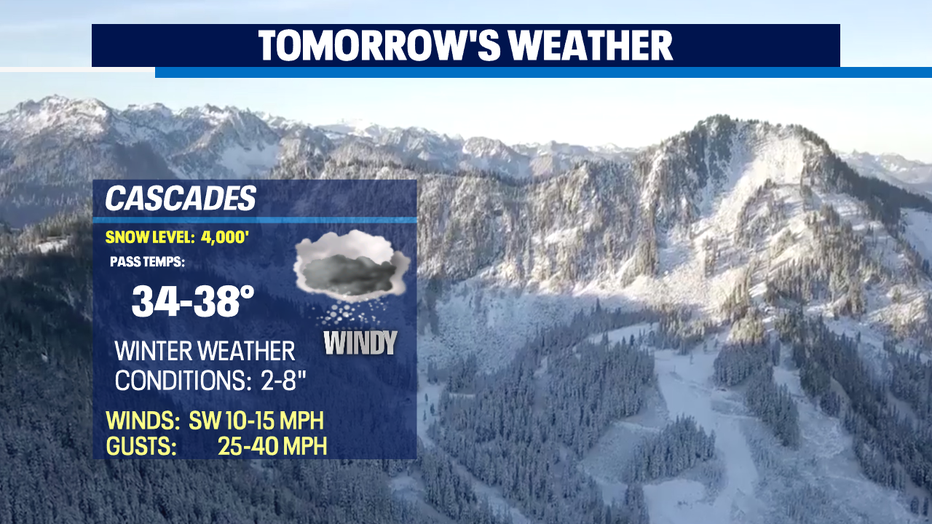 Something also to keep an eye on is the increased threat of high surf crashing into the coast.  Sneaker waves are dangerous as they push over rocks and jetties.  If you're in those areas be very careful a strong wave doesn't pull you back out to sea.  We're also dealing with abnormally high tides Sunday as well.  Strong surf coupled with high tides could bring minor flooding to the coastal areas. 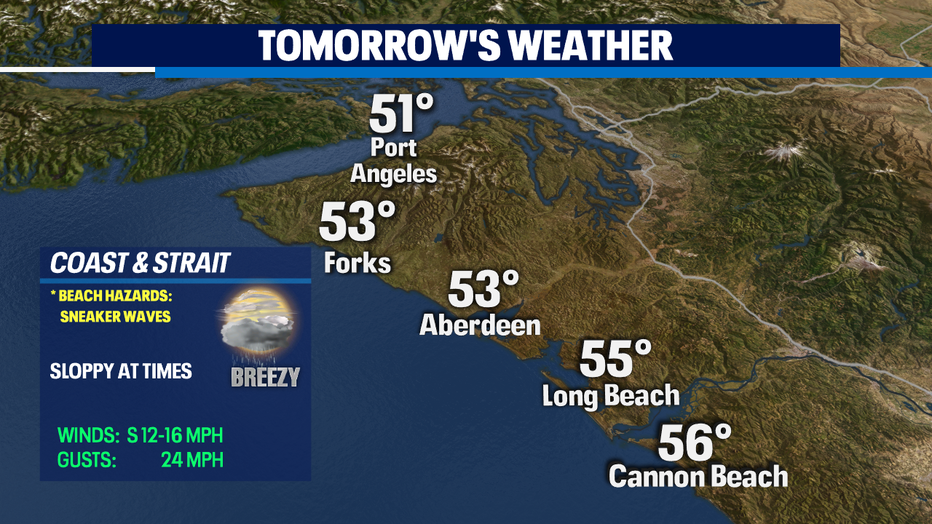 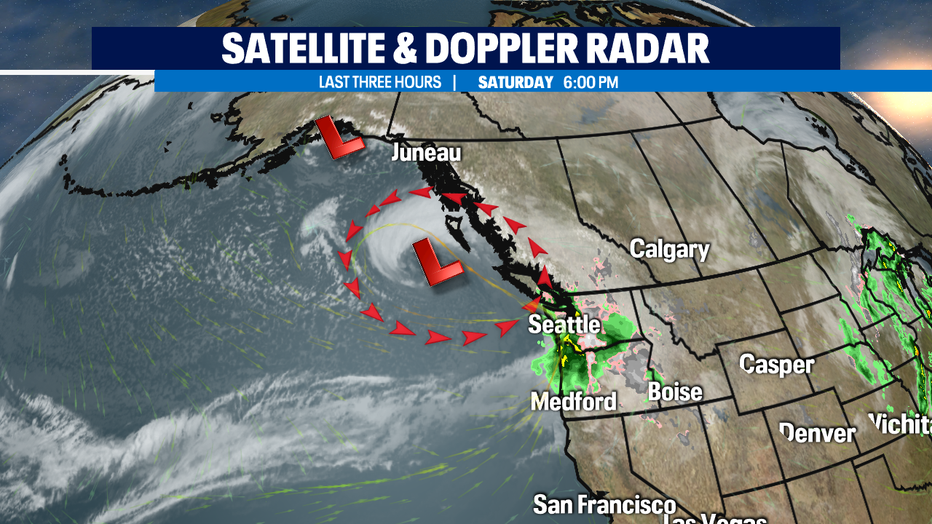 We expect another foot of snow in the mountains before the weekend is over.  Be prepared for winter driving if traveling over the Cascades.  Temperatures will stay cold, right near freezing.  Southwest winds will continue to gust through the valleys and gaps up to 40mph.

The work week brings more rain and wind.  We are now definitely into the stormy fall season.  Usually, November is our soggiest month. And although it took a bit to get going, we're going to pick up some decent rain totals this week. Monday starts out with light showers moving up from the south.  Showers will exit to the north just after dinner for a brief break before showers spin back in for round two on Tuesday.  This system will warm us up a bit too.  Snow levels will climb between 6,000-8,000'.   Skies will remain mostly cloudy with highs in the low to mid 50s.

At this point Wednesday will be breezy and rainy at times.  Highs will drop to near average at 50.  Showers will linger into Thursday as well.

Models are hinting we may dry out some at the end of the week into the weekend, but we'll have to wait and see at this point! 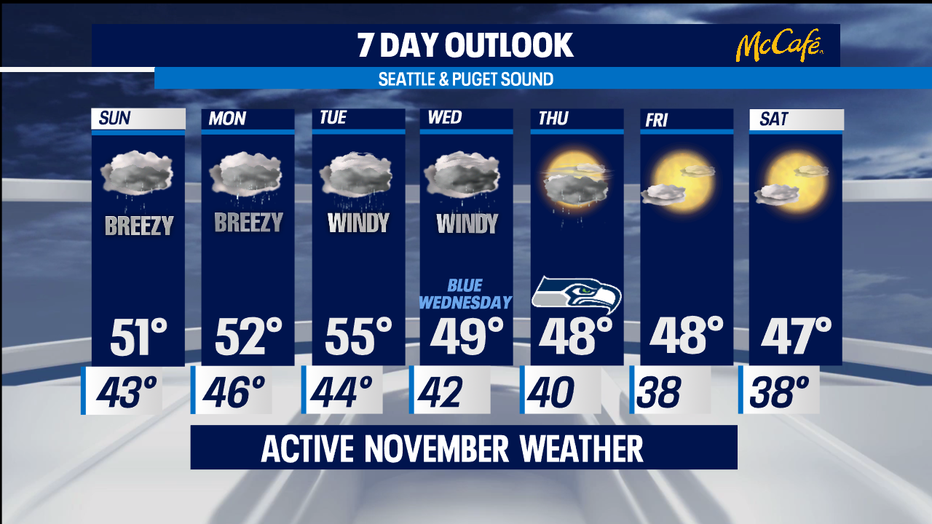 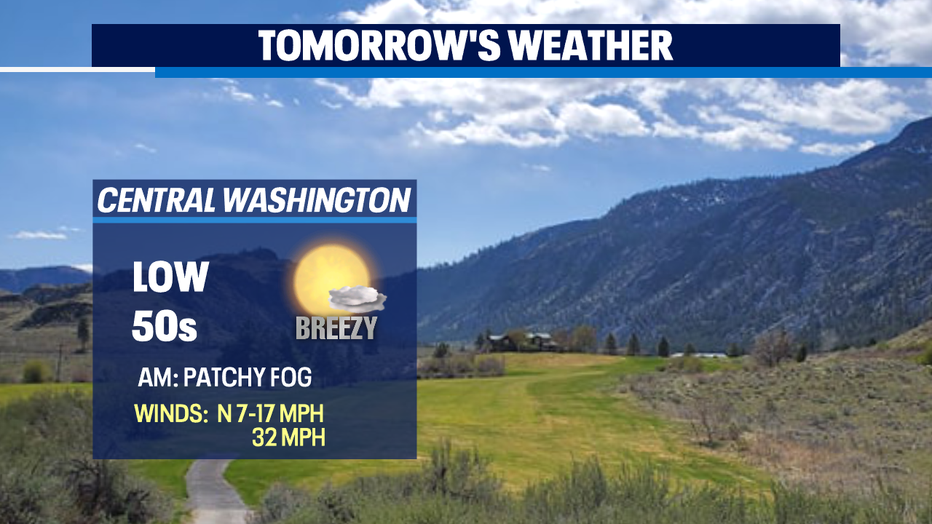