Showers, mountain snow to continue into next weekend

SEATTLE - After a frozen start to the day, we're tracking another surge of moisture across parts of Western Washington. A rain and snow mix is in the forecast. Little to no accumulations are expected. 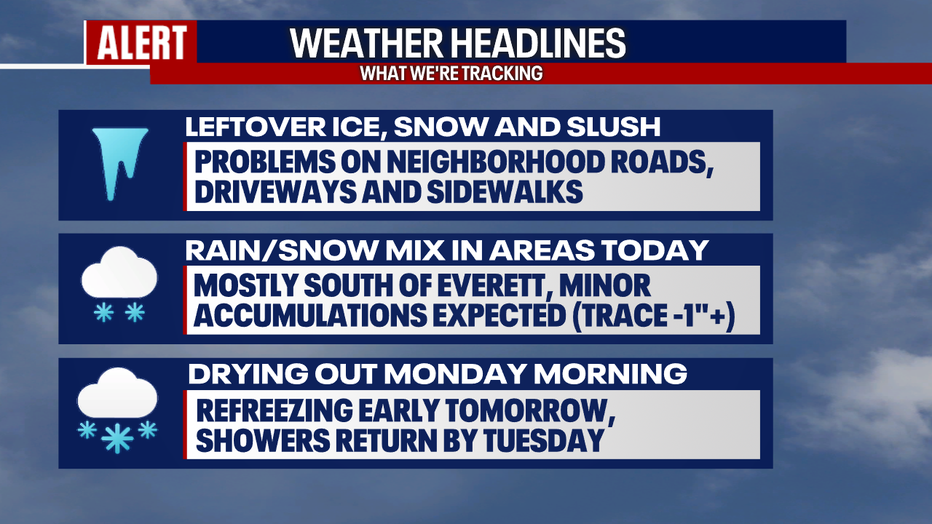 A lot of neighborhood roads, driveways and sidewalks remain snowy and slushy. If you're able to shovel the snow on your property, I'd recommend doing that before temps plunge below freezing Monday morning. Tomorrow's commute could be slick and icy. Check out our overnight lows! 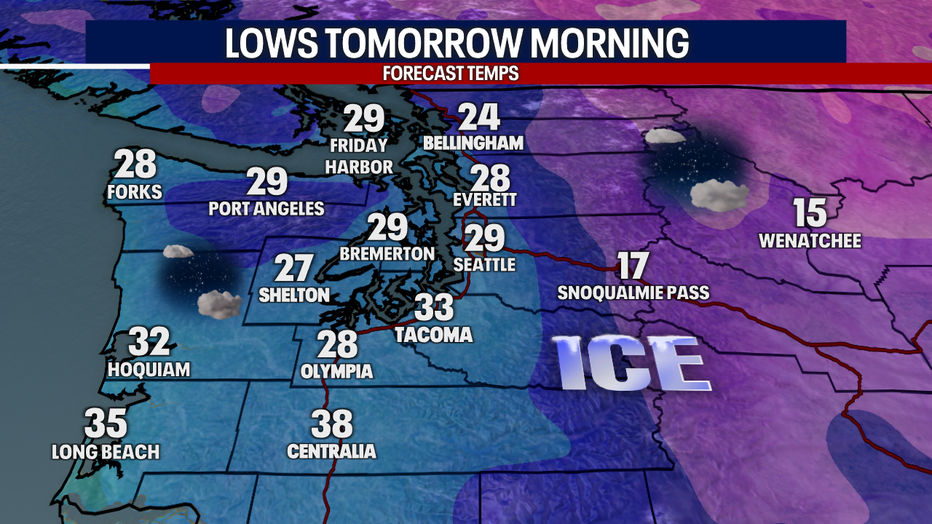 Let's talk about our forecast for today. An area of low pressure is hovering off the Oregon coast. As air moves counterclockwise around this low, a shot of moisture is triggering rain and snow in Western Washington. 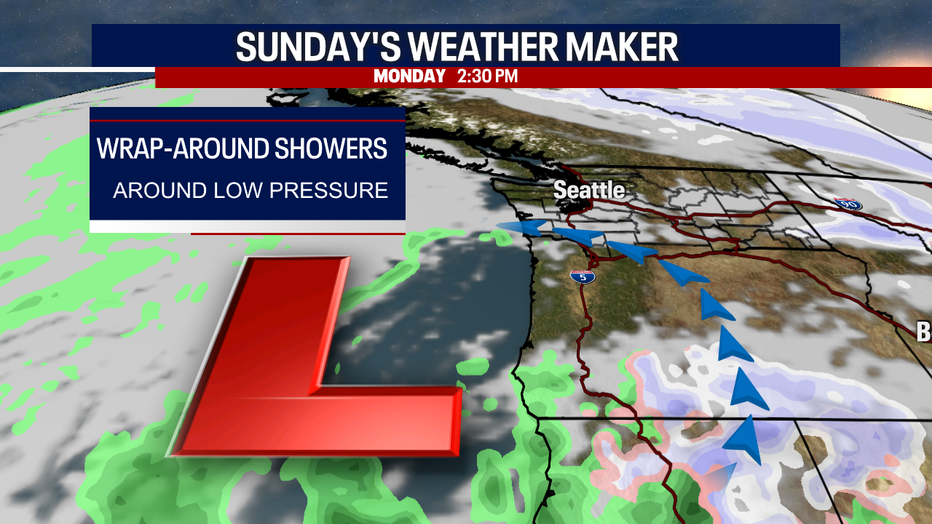 In general, we expect most of the precipitation to happen along and south of Snohomish County. This particular event doesn't look as impactful as the last few storms; however, there could be some light accumulations in some areas. Here in the Puget Sound lowlands, we know it doesn't take too much snow to give us problems.

Here's a look at our snow accumulation forecast. Keep in mind: the coverage, timing, totals and impacts hinge on the path of this storm. If this system pushes farther north, more communities could see rain and snow today. If the storm veers farther south, fewer places will get precipitation. 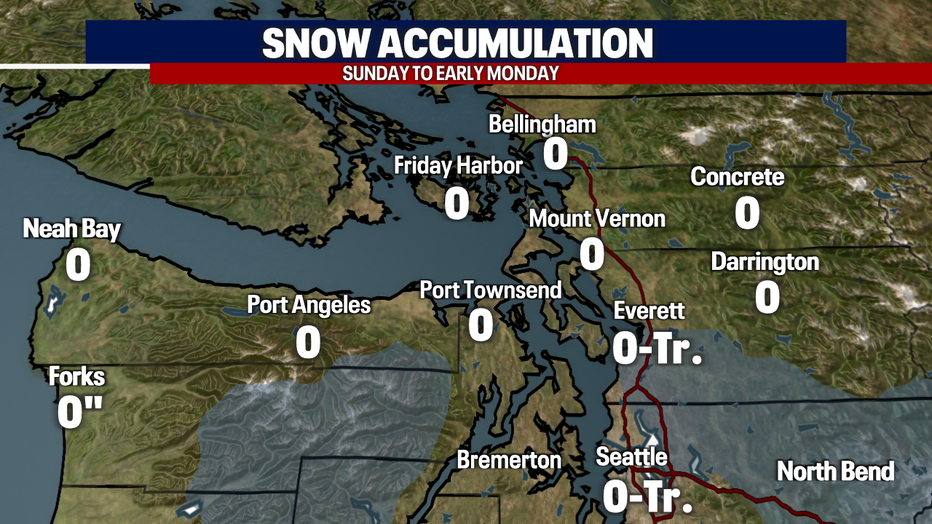 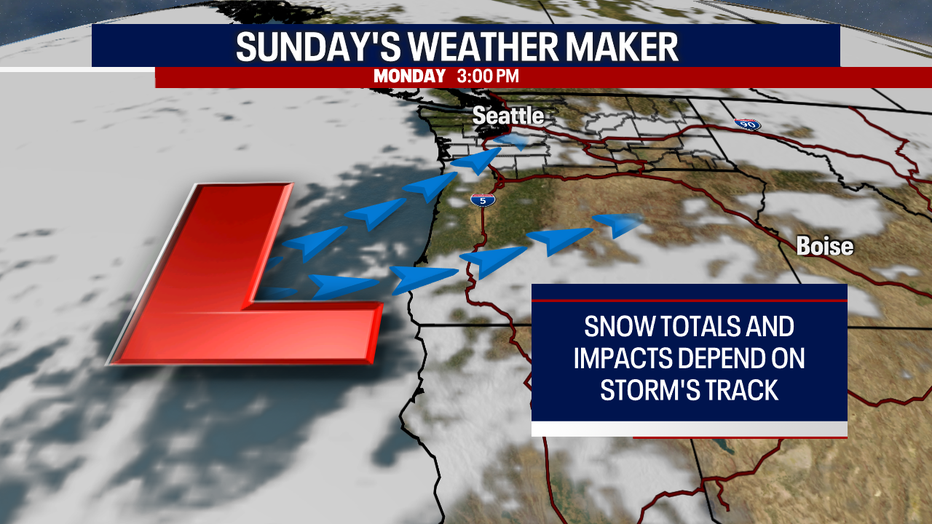 Based on trends right now (this could change throughout the day), it looks like snow accumulations will be most likely in Pierce County through the Oregon state line. A trace to one or two inches is in the realm of possibility for the South Sound and parts of Southwest Washington, but there could be localized higher totals under the heaviest bands of snow.

In Seattle and Everett, it could be more difficult to see snow sticking. This is because afternoon temperatures will warm above freezing. It's still possible that heavy showers in King and Snohomish Counties could cool the atmosphere down and drag down the snow to the surface. All it takes is a difference of a couple degrees to determine who sees snow and how much. 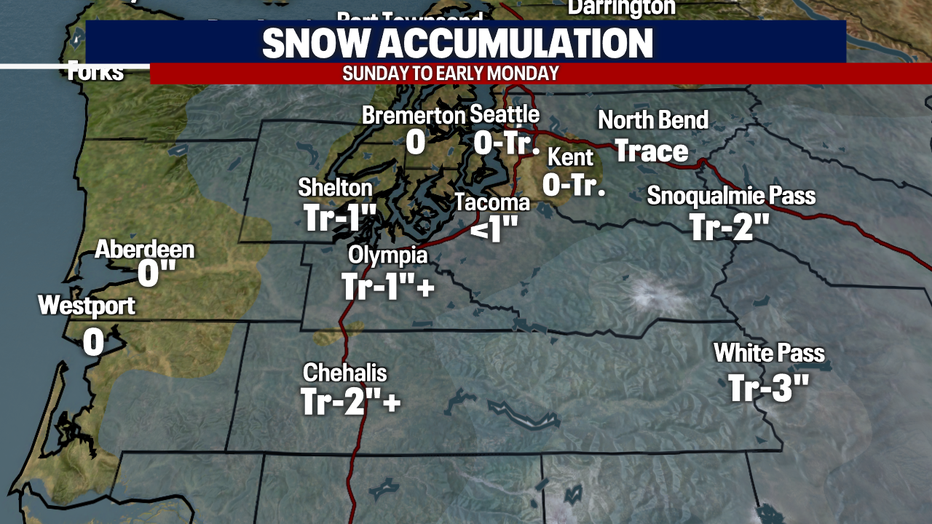 The National Weather Service has issued a Winter Weather Advisory for communities near Oregon and into Southwest Washington. A few inches of snow could stack up. There could even be freezing rain with a light glaze of ice. This could make for extremely treacherous conditions for drivers. 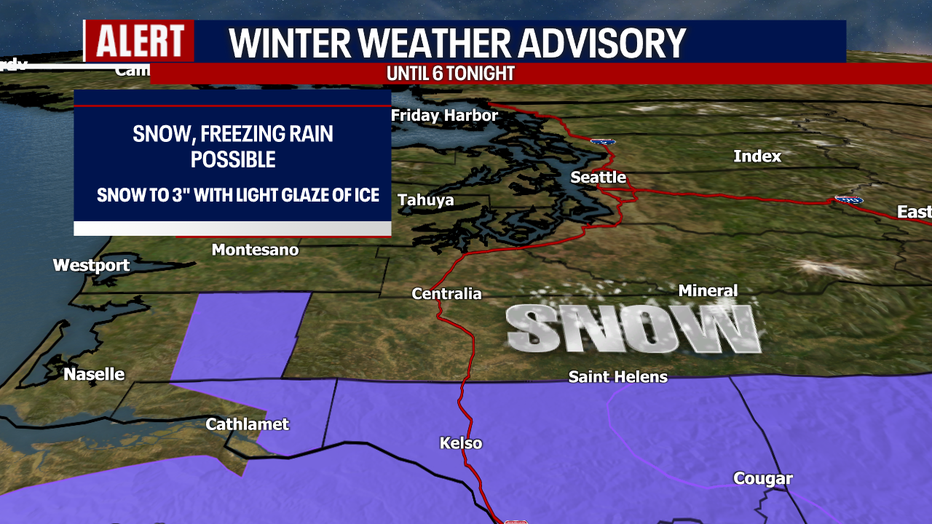 Here's a look at high temperatures today. Don't pay so much attention to the exact numbers as the overall picture: it's going to feel quite chilly. You can see why there will be a battle between the rain and snow today! 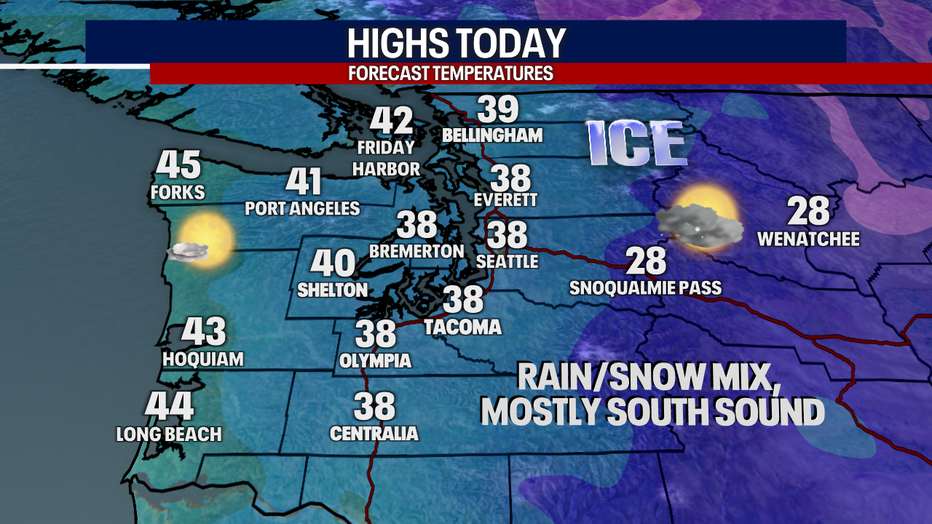 A few showers are possible Tuesday, but the day will likely wind up mainly dry and cloudy.

Wednesday night into Thursday, it could be windy and soggy. Lowland rain and mountain snow make a comeback.

Friday into Saturday will stay showery. There could be snow mixing with rain in the lowlands at times. This bears watching! 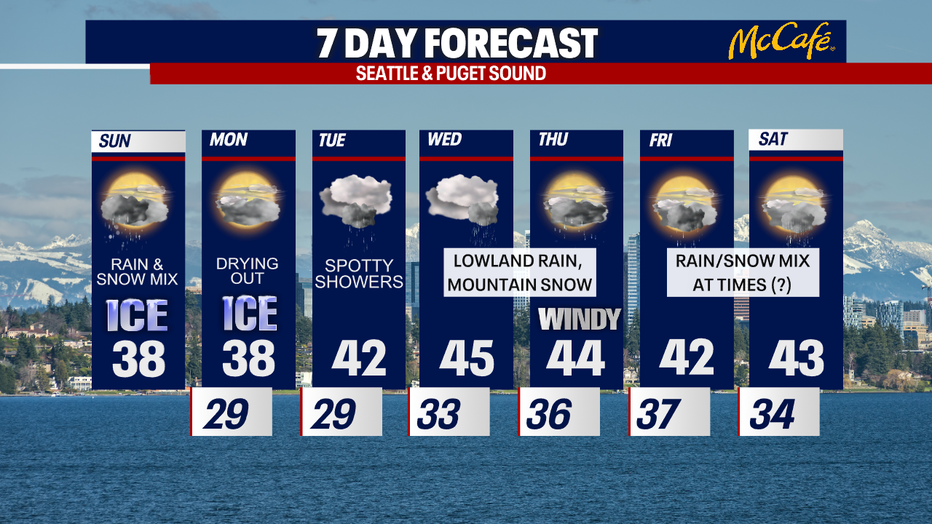 Thanks so much for choosing FOX 13. It's truly a privilege getting to forecast for you!

Please share your photos, videos and weather reports with us. You can find us on social media!