Temps in the low 40s with scattered rain this week

FOX 13 forecaster Erin Mayovsky has the latest conditions for the week.

SEATTLE - A mostly quiet Tuesday across the region. Temperatures warmed into the low 40s around Puget Sound and that's still several degrees below our seasonal average of 48.

Pockets of showers stretched over the lowlands dropping a little bit in the bucket at Sea-Tac.  December now has just over an inch of rain at the airport. 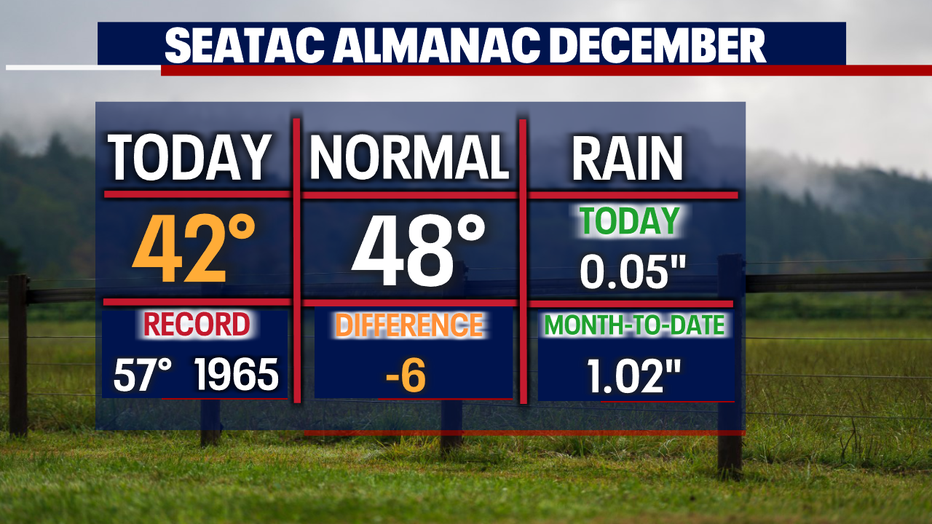 Overnight temperatures won't stray too far from where they landed Tuesday. We expect lows to hang in the upper 30s to low 40s through tomorrow morning west of the Cascades. To the east, lows dip into the teens for places like Yakima and the Lower Columbia Basin. 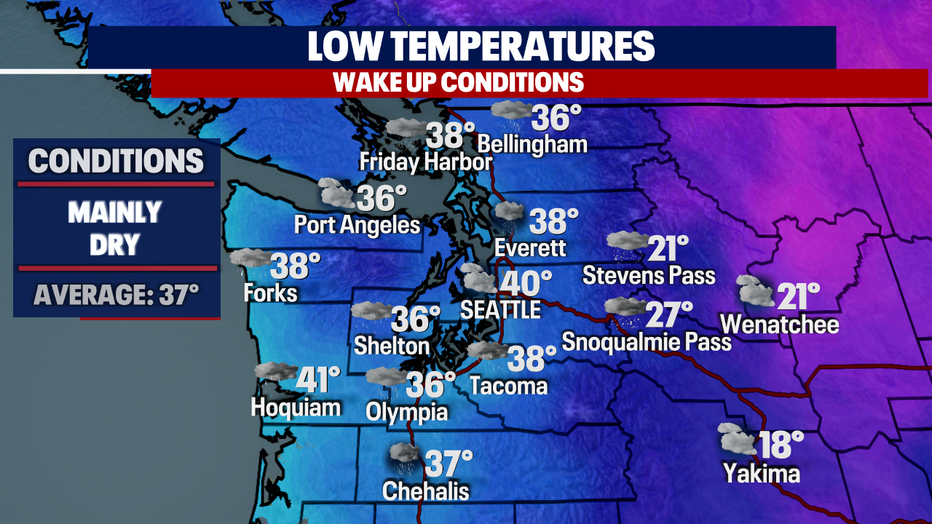 Models show us a few spotty showers along the coast Wednesday ahead of another system heading our way late Wednesday night into Thursday. So don't be fooled by our dry, cloudy day as rain, wind, and mountain snow will pick up overnight. 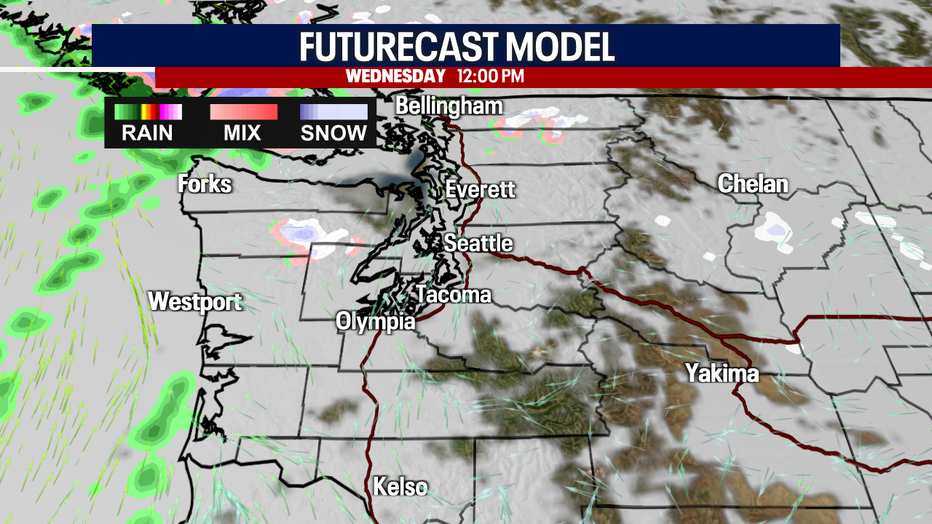 Highs tomorrow warm a few degrees into the mid-40s under cloudy skies. Look for rain to push into Western WA off the coast near midnight. 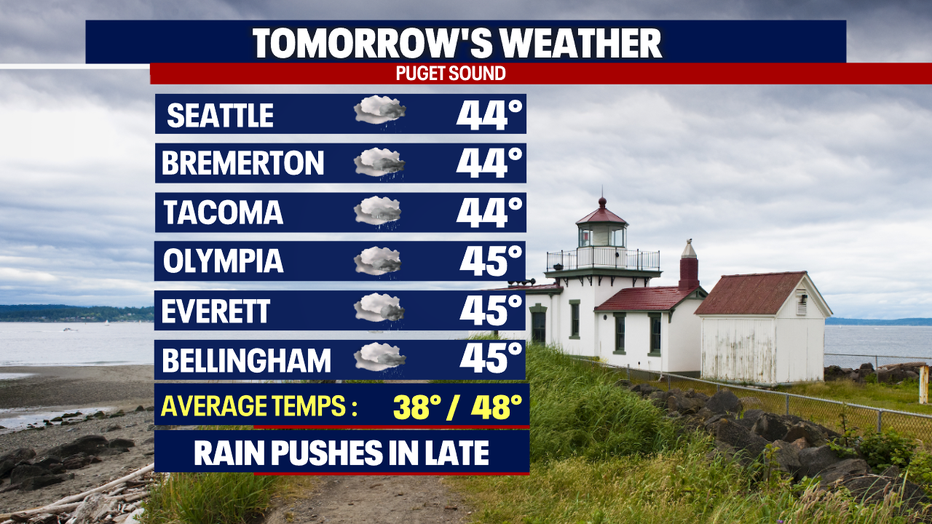 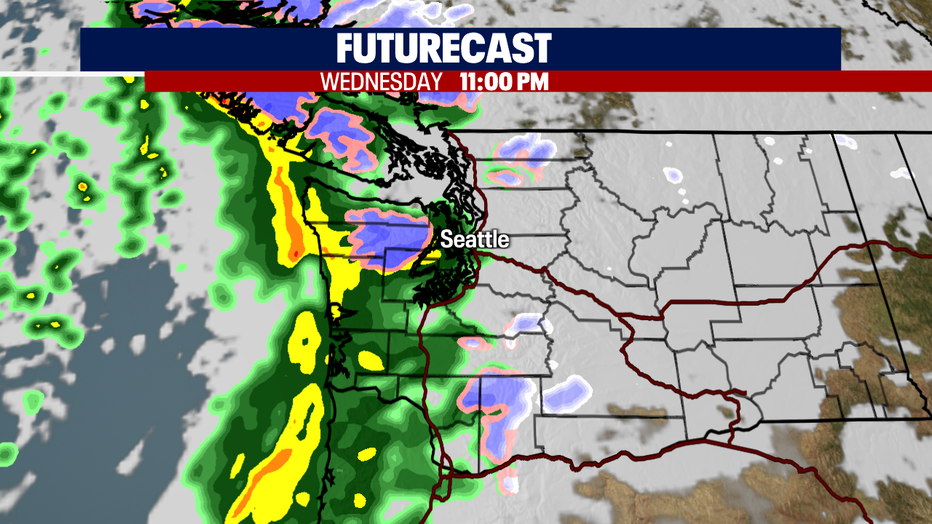 As the lowlands see widespread rain, the mountains will see lowering snow levels with the potential for 5-10" to fall overnight. This is why a "Winter Weather Advisory" goes into effect at 10 p.m. Wednesday lasting through 10 a.m. Thursday.

We do expect difficult driving conditions across the mountains. Know the roads before you go! 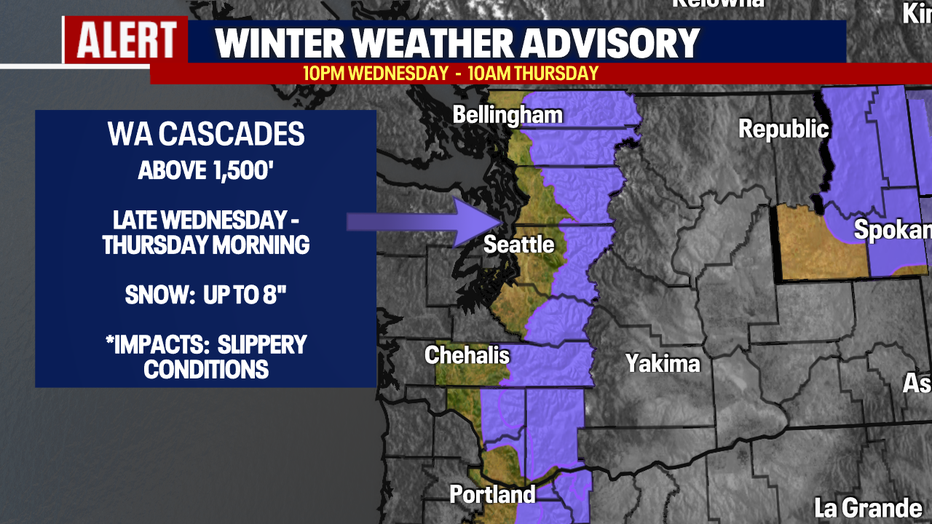 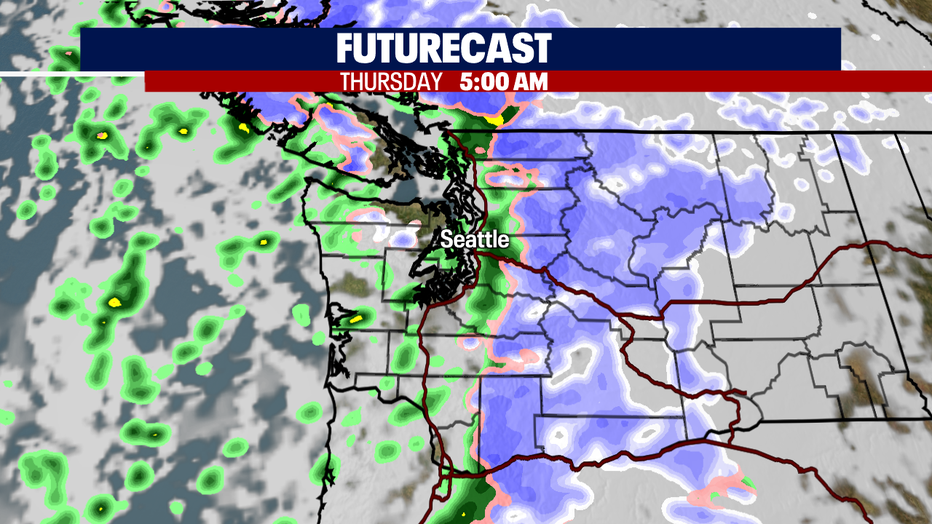 This system will also fire up winds for the northern interior.  A "Wind Advisory" goes up late Wednesday night into mid-morning Thursday for Admiralty Inlet, the Islands, and Western Whatcom County.

We expect sustained winds out of the southeast 20-35 mph with gusts up to 45 mph.  As winds whip through the north, be aware some areas could see down trees or potential spotty power outages. 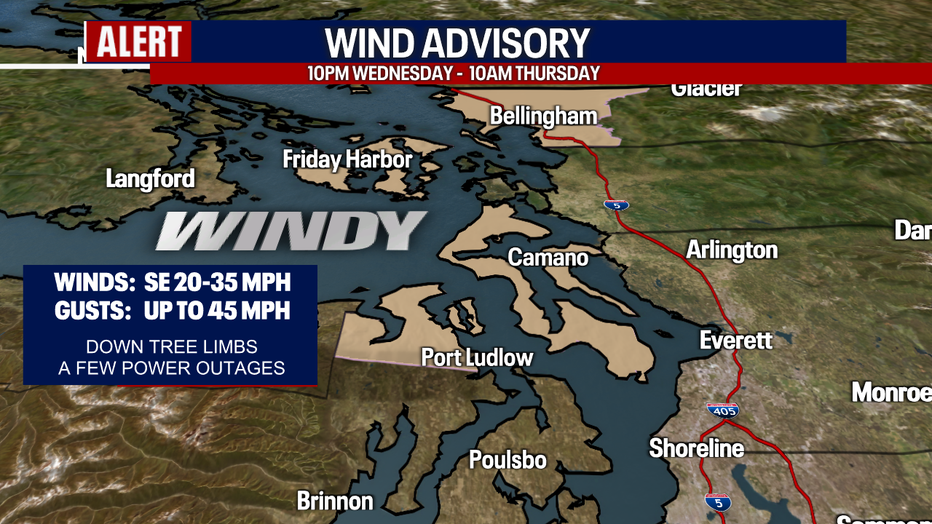 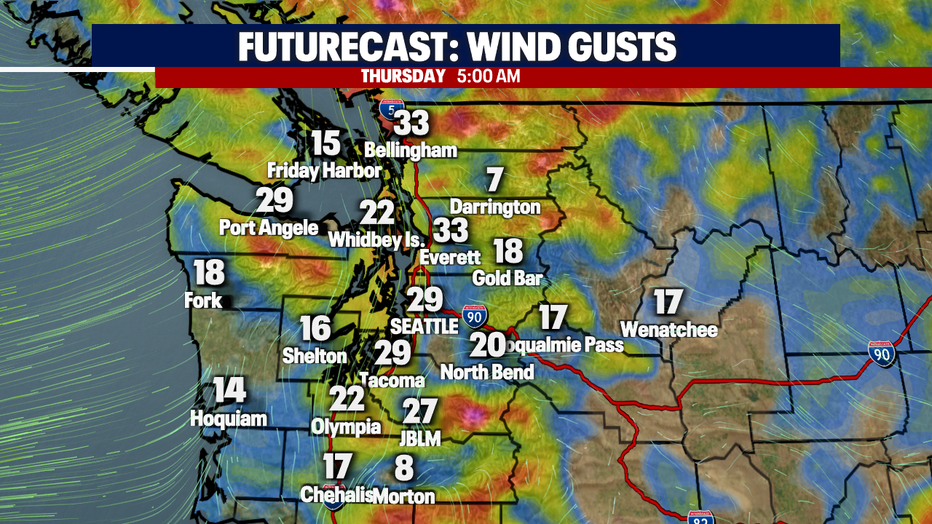 The weekend brings a chance of mixed showers as overnight lows drop to near freezing for many. Highs hang in the low 40s.

Next week starts our dry with cooler highs, only in the upper 30s.  By late Tuesday, a chance of showers returns. Enjoy! 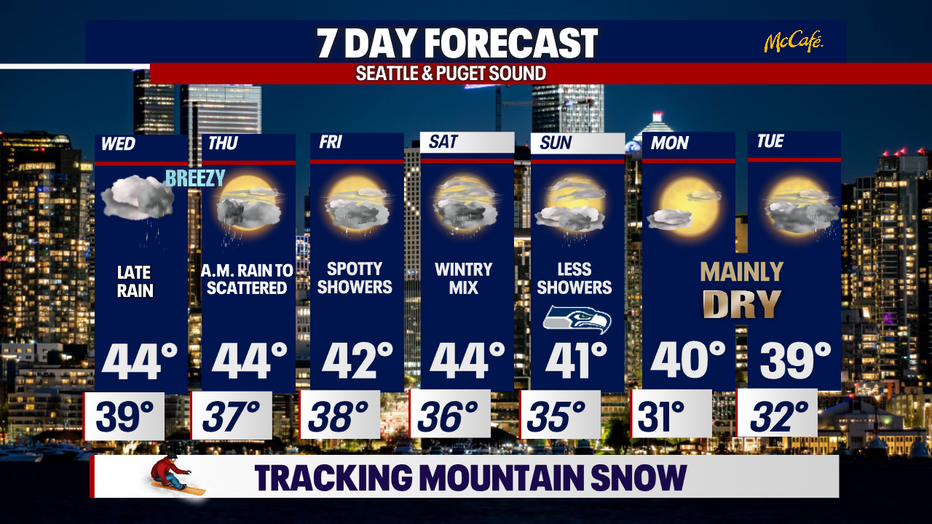 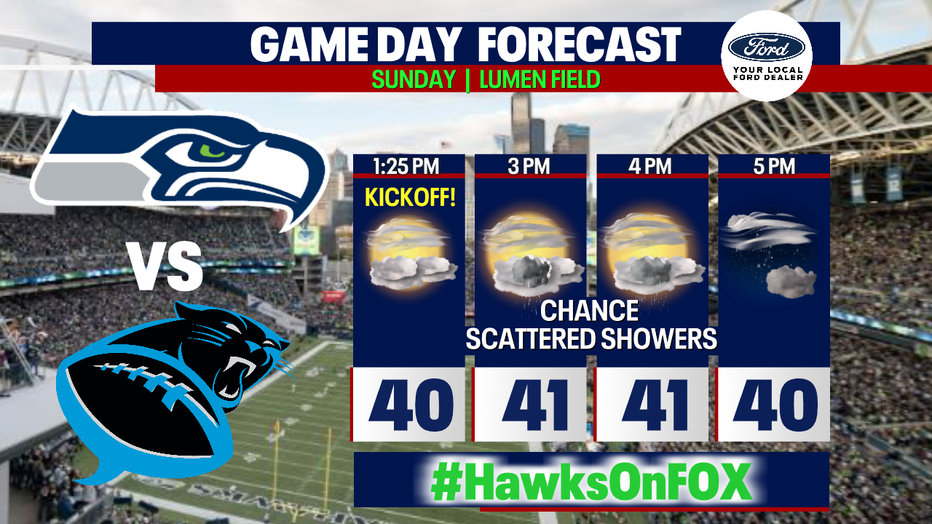 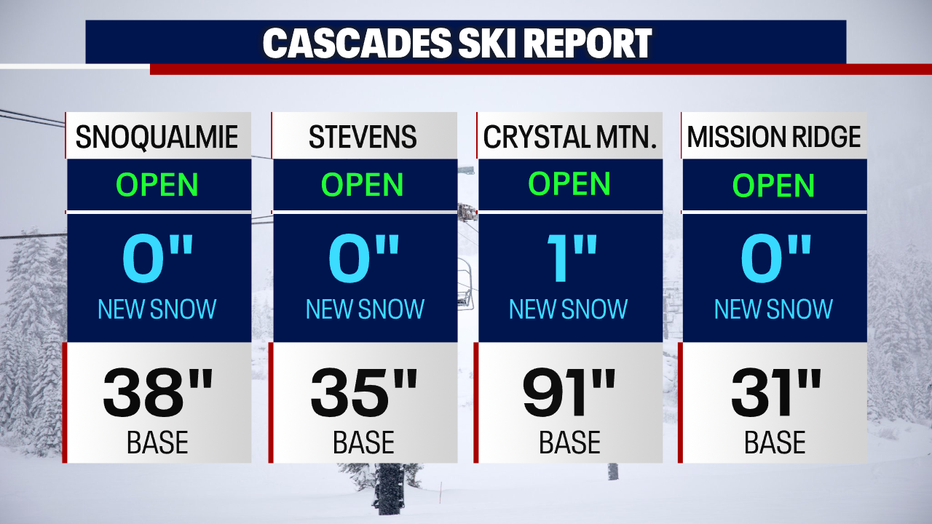 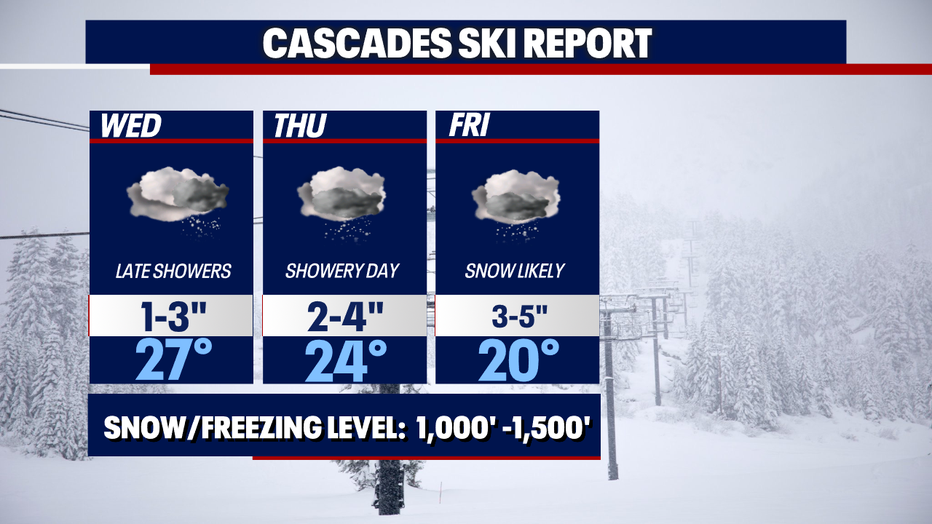