Seattle - The impacts are still being felt after Thursday's heavy rain, but quieter weather is on tap for the upcoming weekend.

SeaTac, Olympia, Bellingham, and Hoquiam all set new daily records for June 9. SeaTac's total of 1.10" made it the sixth wettest June day on record (since 1945). 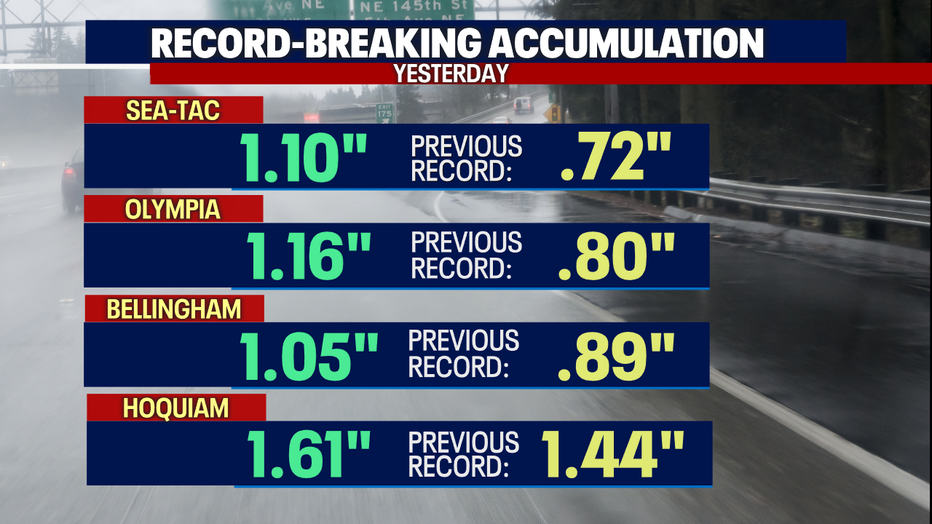 June's rain total is now over two inches and has far exceeded the average rainfall with 20 days still left to go. There are a few Washington rivers that will crest at minor flood stage today, including the Skagit River near Concrete and the Stehekin River at Stehekin. 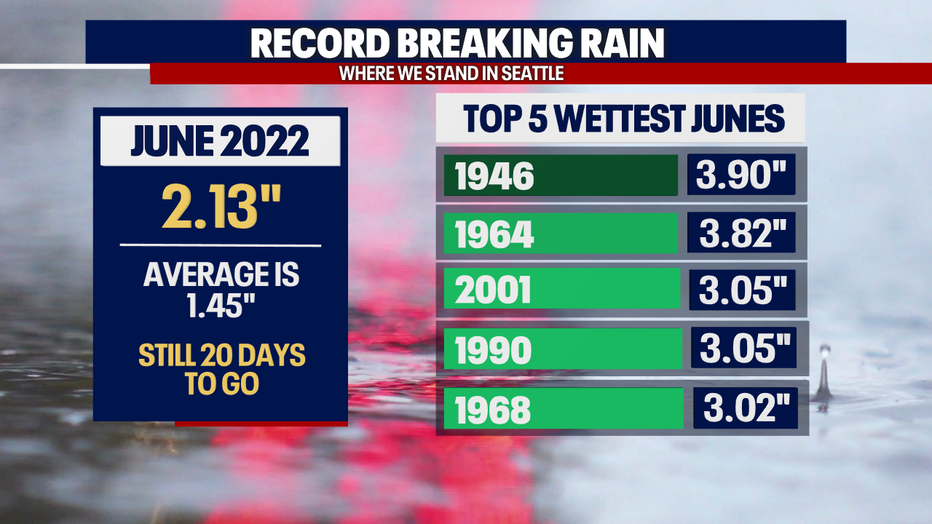 Today, more showers will move in this afternoon from the south. Areas south of Seattle will be hit the hardest. Scattered showers are expected in the north Puget Sound areas.

High temps today will be back into the mid to upper 60s. 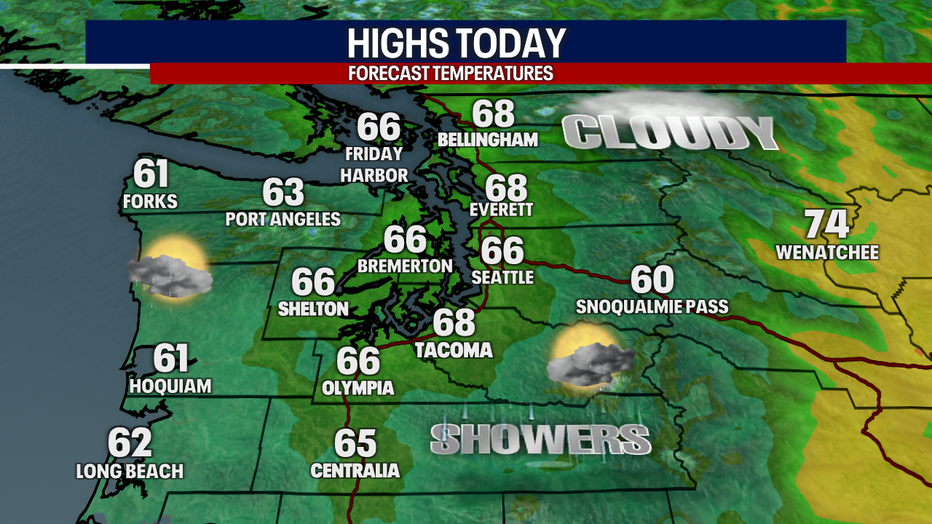 Saturday will be very nice with mainly dry conditions, partly cloudy skies, and highs in the upper 60s. A few showers could roll in on Sunday and Monday, with cooler temps. 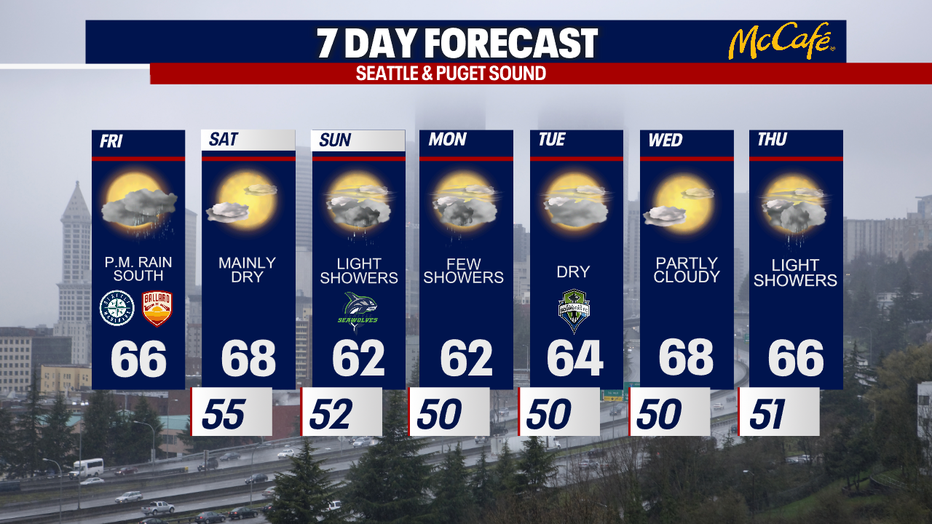