Seattle - Today will be dry and mostly cloudy with a little bit of sun trying to break through the clouds mid-day.  Highs will be in the upper 50s to low 60s, which is below normal.  Normal for this time of the year for Seattle is 65 degrees. 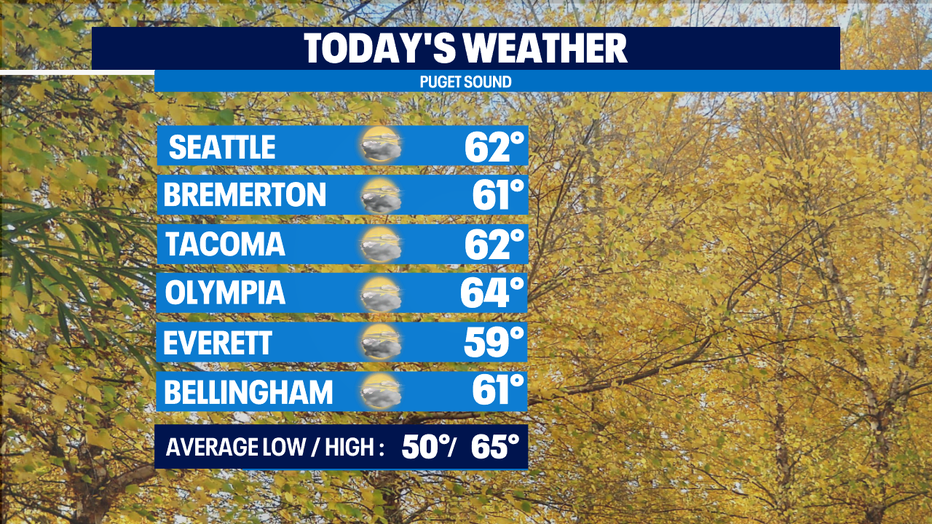 Rain returns tomorrow during the morning commute.  The rain tapers off a bit in the afternoon.  Highs will be chilly, topping out only in the mid-to-upper 50s.  Here's FutureCast for tomorrow morning around 9 a.m.  Looks like pretty good rain for Tacoma late in the morning commute. Wednesday will feature partly sunny skies with a chance of showers, and highs in the mid-to-upper 50s.  Overnight lows are getting colder around here too.  We'll be bottoming out in the upper 30s and low 40s.

Thursday looks like the nicest day of the week.  Expect mostly sunny skies and highs in the upper 50s.  The Seahawks are playing at home in a Thursday Night Football game.  The weather should be great for that.  Go Hawks!

Friday, things get unsettled again.  It'll be partly sunny with a chance of showers and highs in the upper 50s.

Right now, the weekend look oogie.  There's a chance of showers on Saturday with highs in the upper 50s to near 60.  Rain looks likely on Sunday, and it'll be chillier with highs only in the mid 50s. 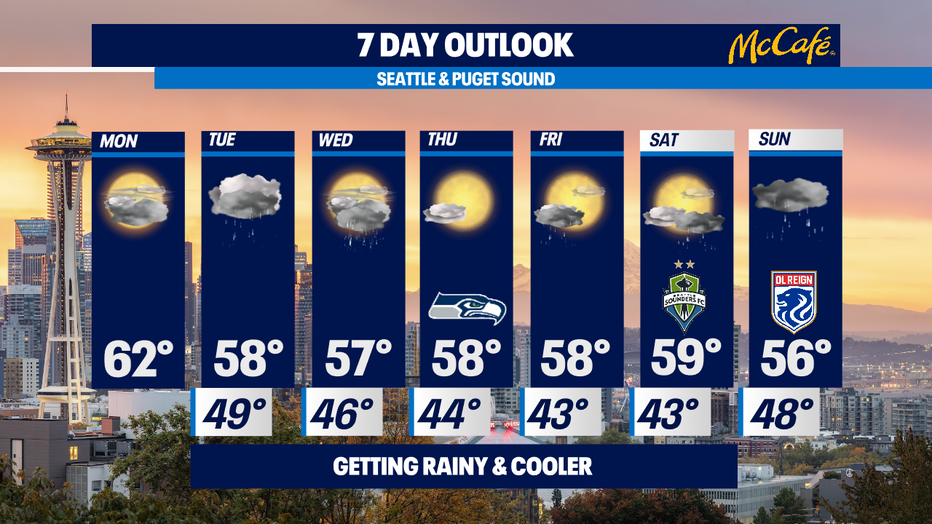 With mostly cloudy skies and highs in the low 60s, it's a Waggin' Tail Day for the Pet Walk Forecast.  It's time for Halloween Pets!  Here's little Gracie as an Ewok! 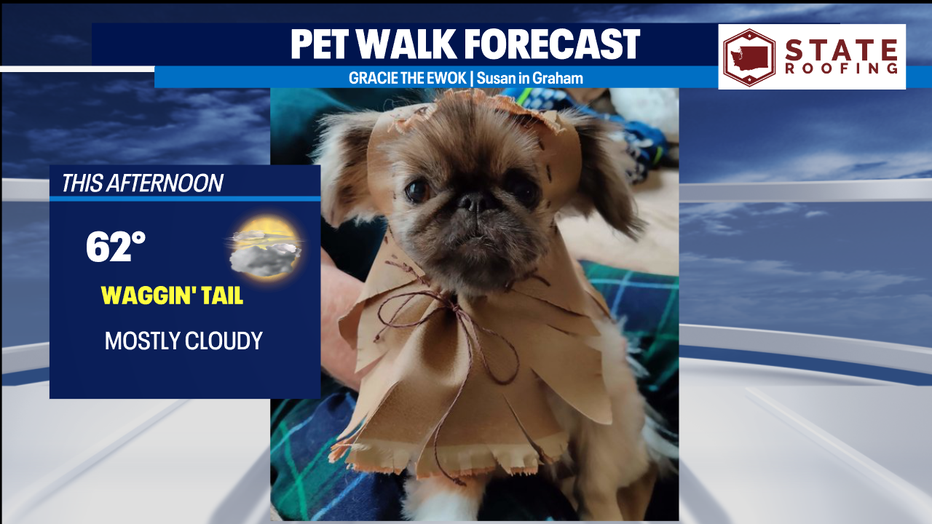