Temperatures dropping slightly to end out the week

SEATTLE - Wednesday looked pretty spectacular around the Northwest. Highs slowly warmed into the low to mid 50s around the region.

SeaTac hit 51 while just northeast down the road in Seattle, the Sandpoint neighborhood landed at 55, which is above average. 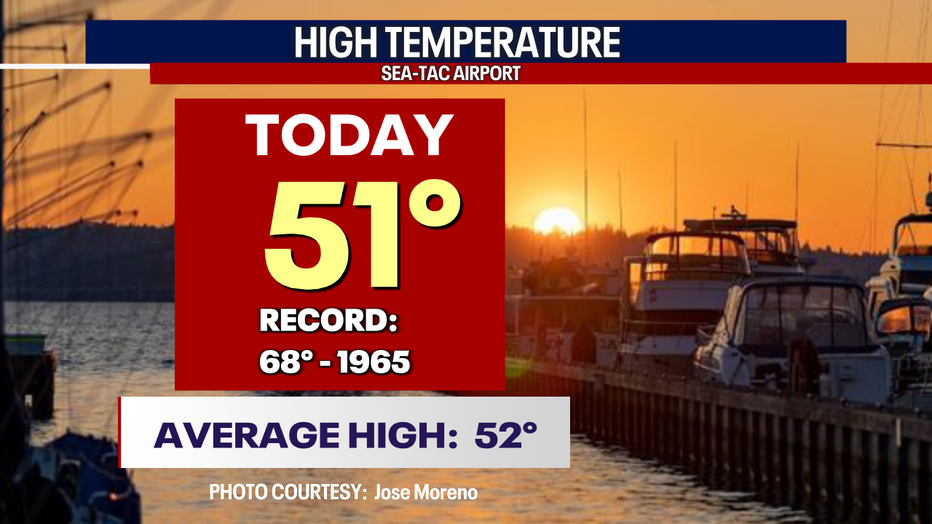 We're forecasting another chilly overnight with areas of freezing fog developing for folks through portions of the South Sound.

Allow for extra time on the road in Pierce County when out early tomorrow. 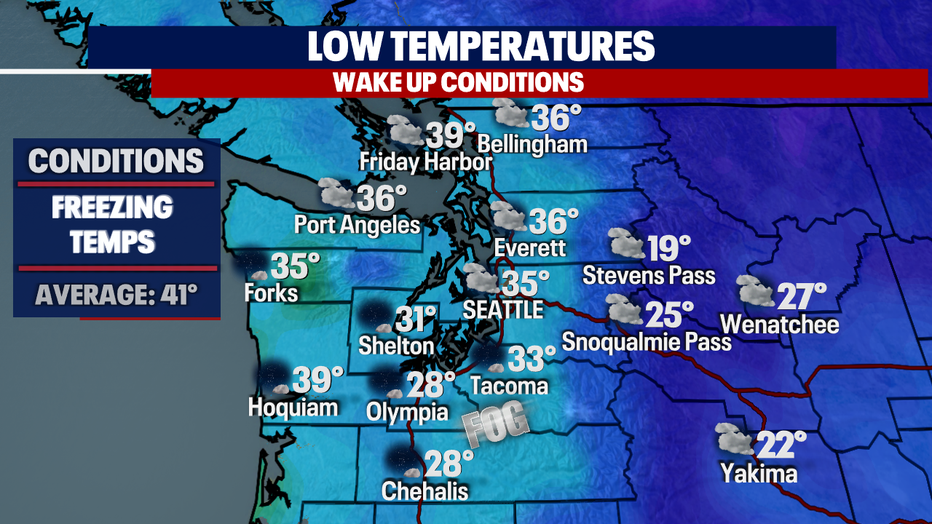 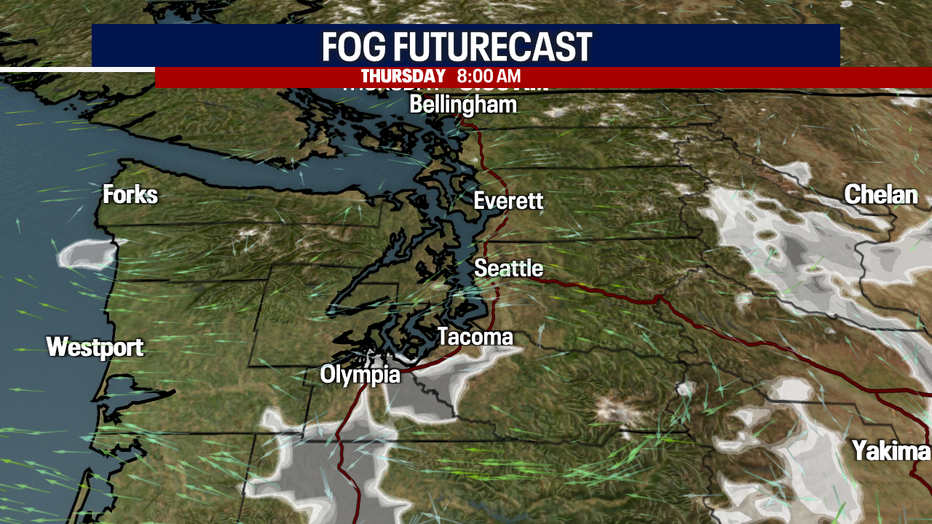 Thursday will look like a repeat of Wednesday except we're mixing in some gusty winds into the forecast.

Winds will pick up overnight for the foothills of Puget Sound as a system digs into the eastern portion of Washington. This will open the door for not only winds, but mountain snow across the eastern Cascades. 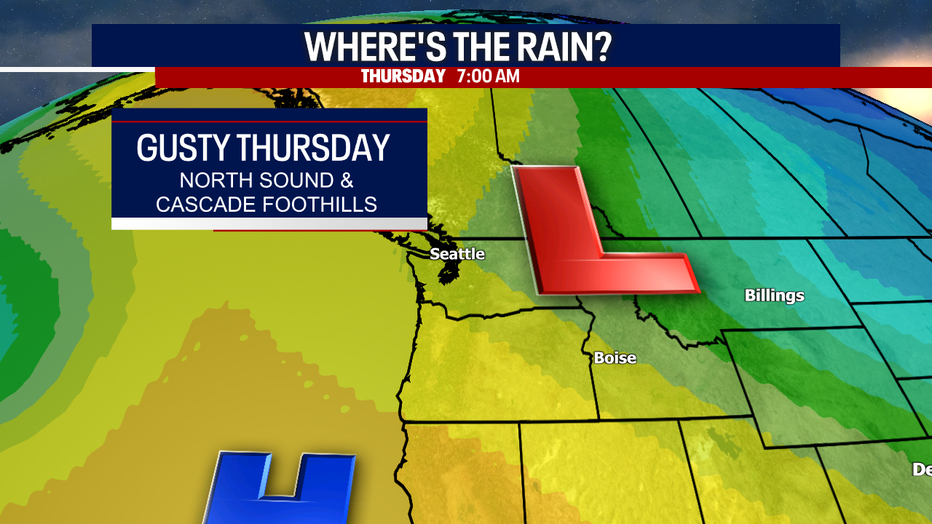 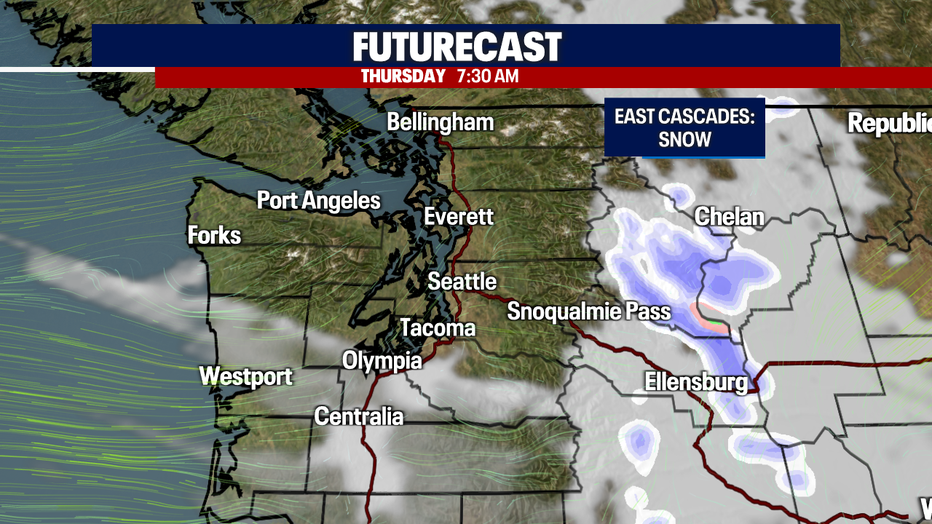 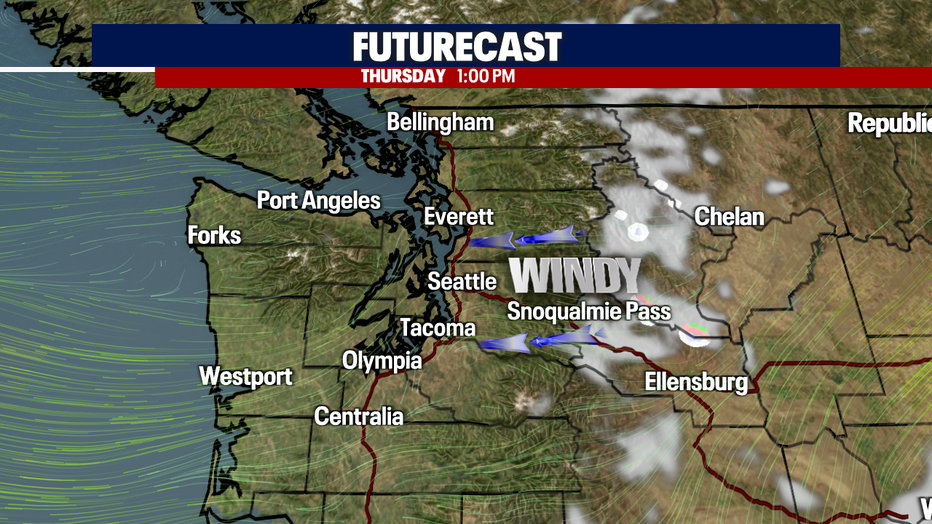 A Wind Advisory will remain in effect through Thursday evening for the foothills of the Cascades.

Please be careful in those areas as we could see trees and limbs down along with some power outages. 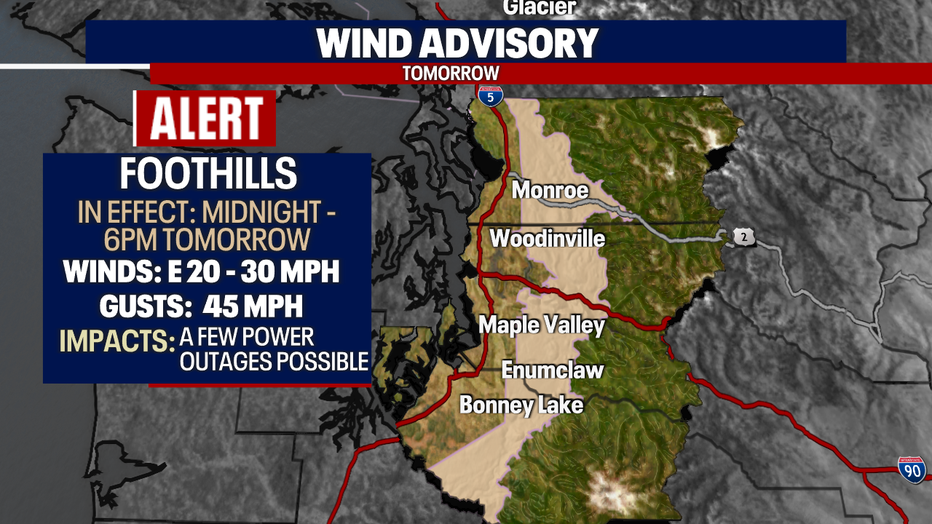 And although the North Sound is not under wind advisory, we are forecasting potential peak winds of 20-40 mph for Western Whatcom County. 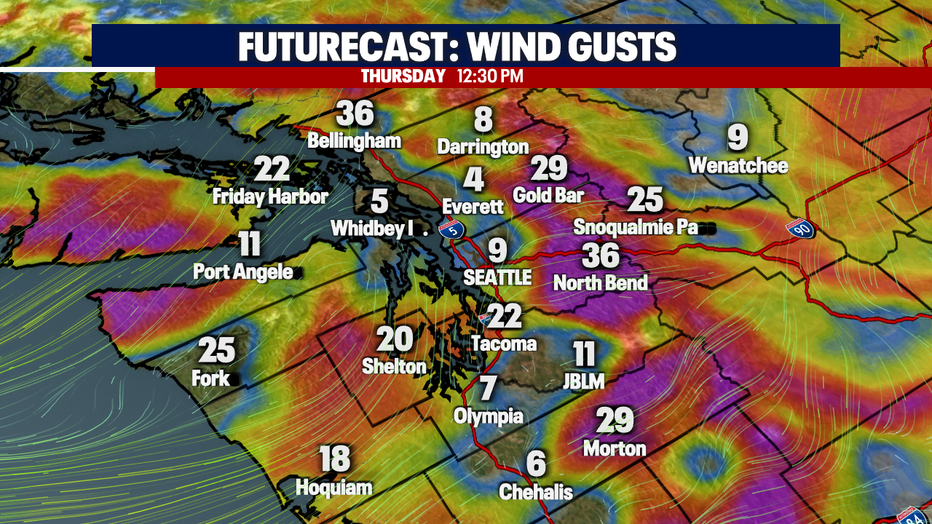 The forecast remains pretty quiet through the weekend, but change is looming in the Pacific. That nice upper ridge of high pressure that's been keeping us dry finally breaks down allowing for a pattern switch.

By late Sunday into early Monday, a system pushes inland delivering light to moderate showers for the lowlands with some snow for the mountains.

A stronger front will blow through Tuesday keeping widespread rain in the area. And yes, we're tracking several other systems as we push into the Thanksgiving holiday. Stay tuned! 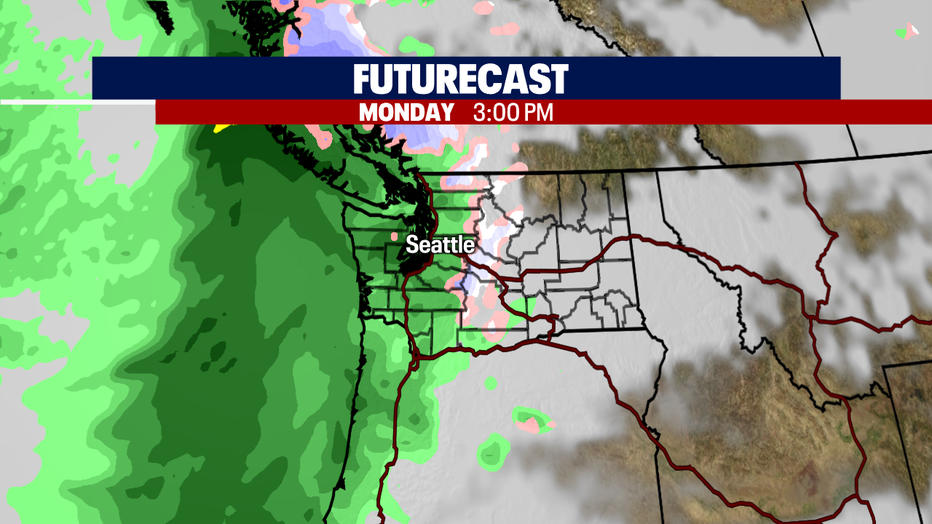 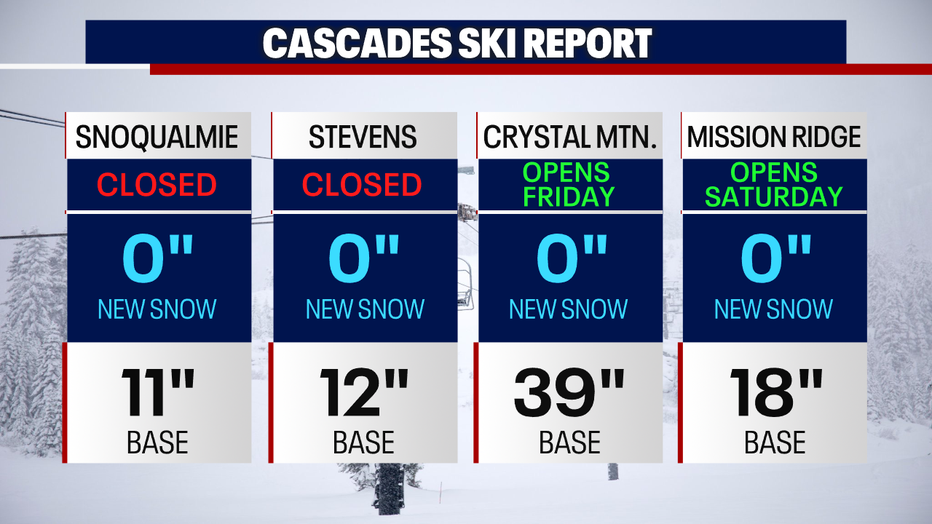 Have a great rest of the week all! ~Erin Mayovsky, FOX 13 Forecaster 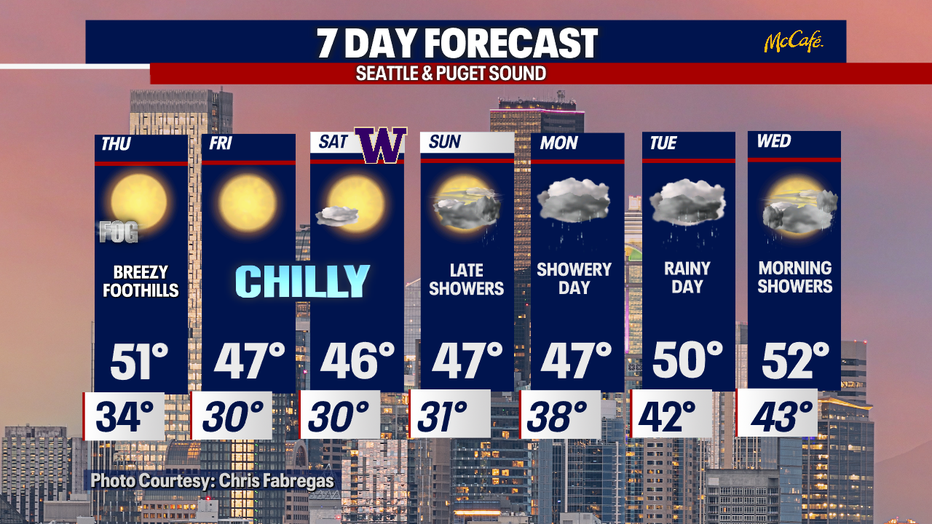 *We're tracking the dry streak! No precipitation in sight until late Sunday into early Monday. So, at this point it looks like we have a shot at tying the record. 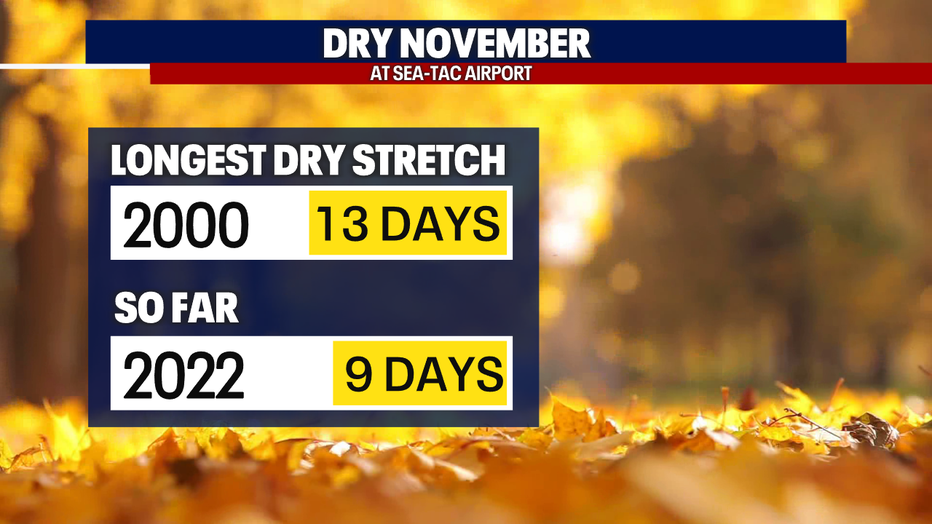 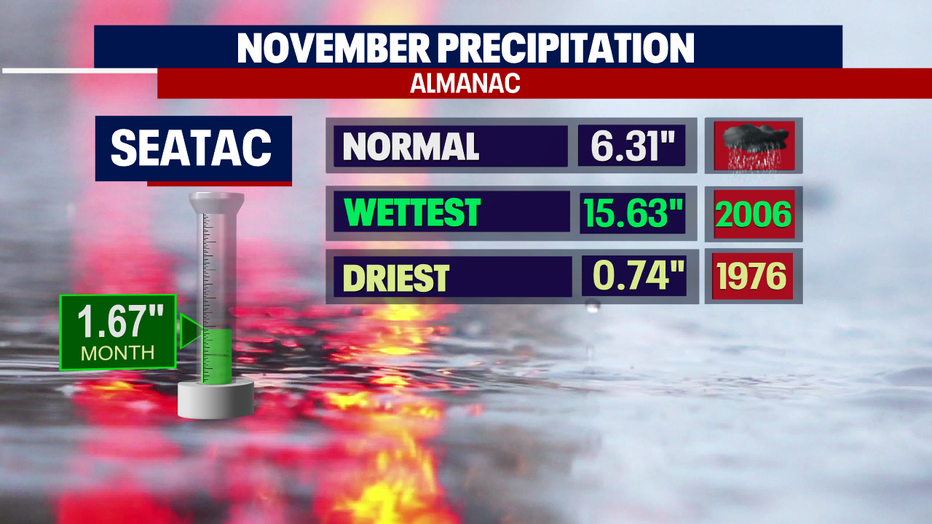