Seattle - A slow clear out today! Most of us will hang under cloudy skies until late afternoon/early evening.  Highs will match those Fall-like skies too, landing only in the mid 60s. 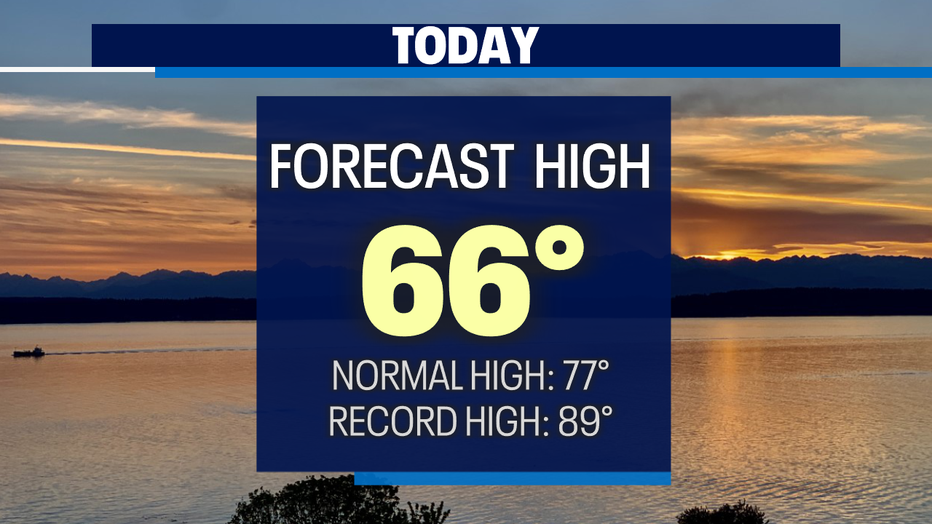 We can thank a cool upper level low dropping down from our neighbors to the north for the September/October feeling weather.  The low will start to shift east later today and by sunset, 8:10pm, we'll be under less cloud cover. 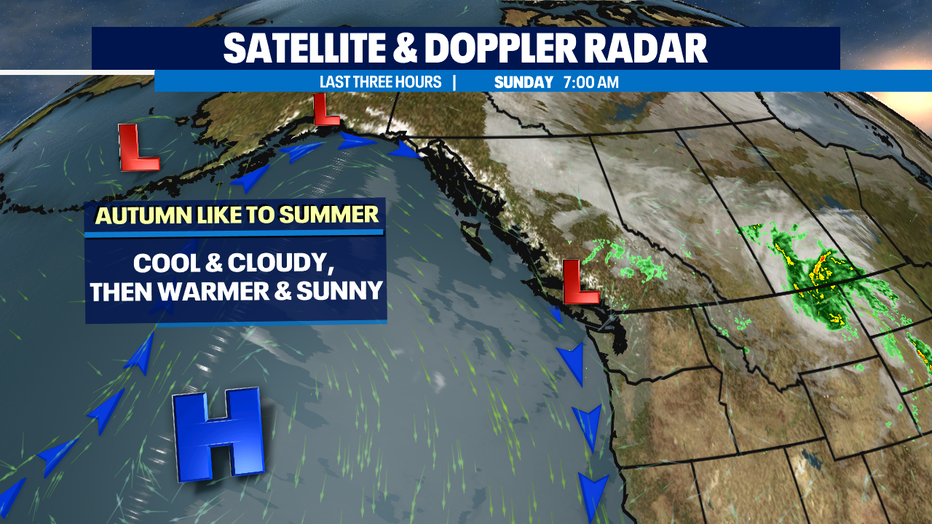 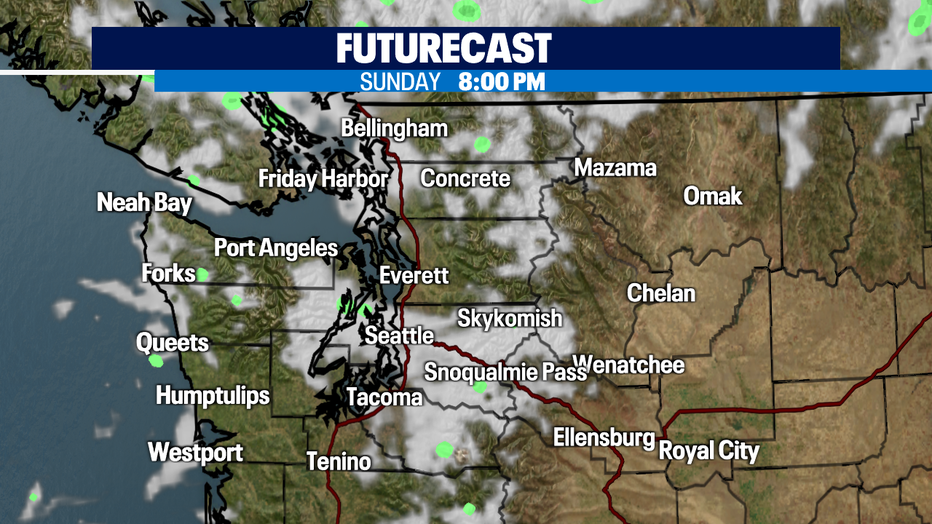 Most of us will wake up Monday to clouds overhead with just a few scattered showers/drizzle to the north through the Islands along with Snohomish, Skagit, and Whatcom Counties.  As the low continues east more clearing will follow with slightly warmer temperatures. 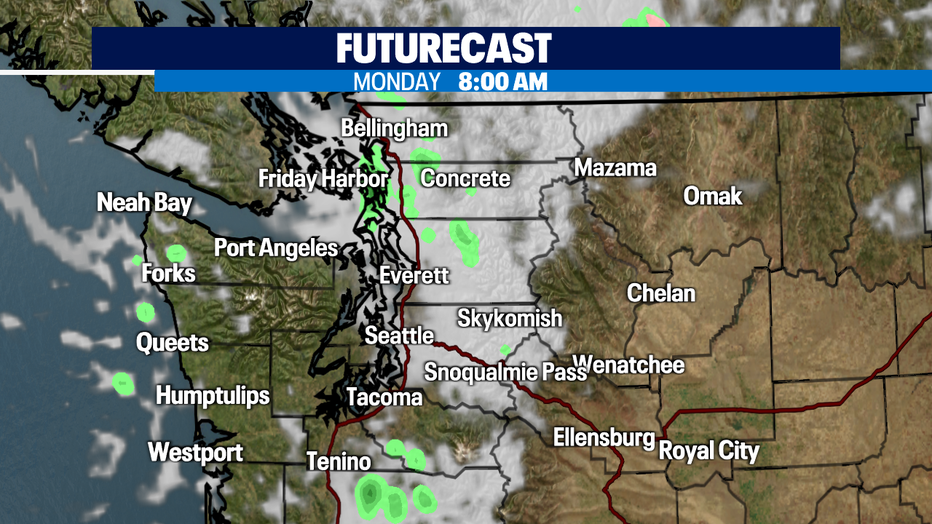 As we look at rain totals for the month of August… well, it's pretty much not existent!  We've only seen 0.08" in the bucket at SeaTac!  Normal rainfall for August is just under an inch with the wettest August on record back in 1975 where we saw 1.63" of rain. 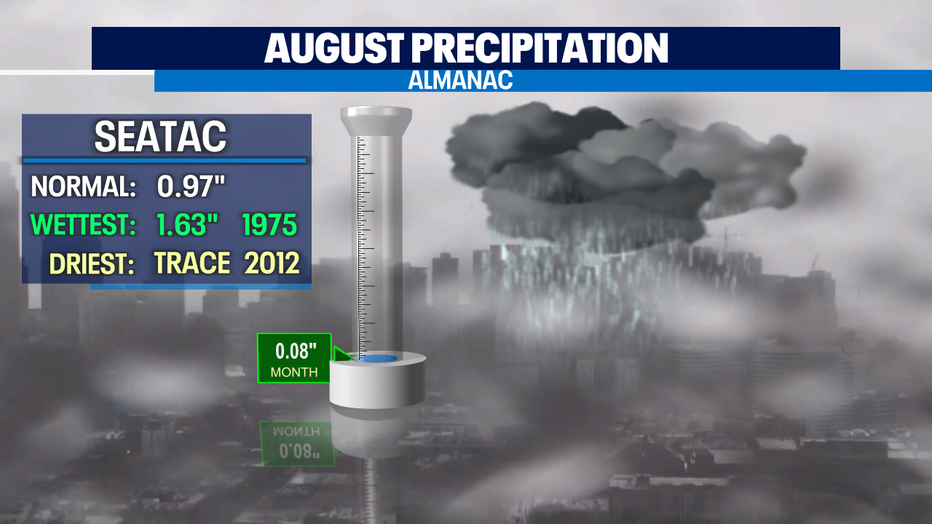 Good news for folks in Eastern WA where air quality is improving to moderate and unhealthy readings for sensitive groups only!  That's much better breathing than the very unhealthy for all levels we've been seeing in the Lower Columbia Basin from the Schneider Springs Fire.

Even though there is improvement we will remain under a "Air Quality Alerts"  for Chelan and Okanogan Counites through the next few days. 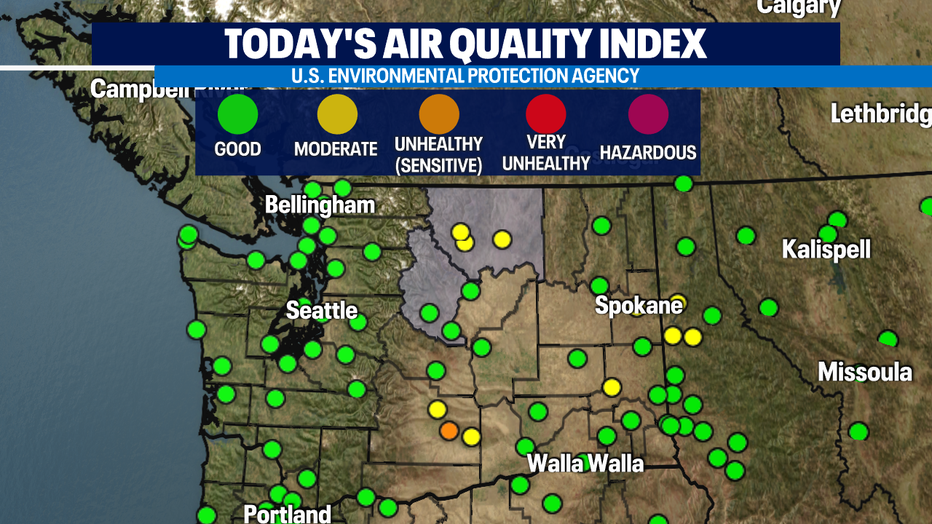 We will warm up through mid week back into the average seasonal high temperature range with Tuesday and Wednesday seeing the warmest days this week under partly to mostly sunny skies.  There is a chance for a few passing light showers later in the week.  Most precipitation looks to develop at the coast and over the mountains with the North Sound getting a little drizzle at times!

Have a great day all!  ~Erin Mayovsky, Q13 Forecaster 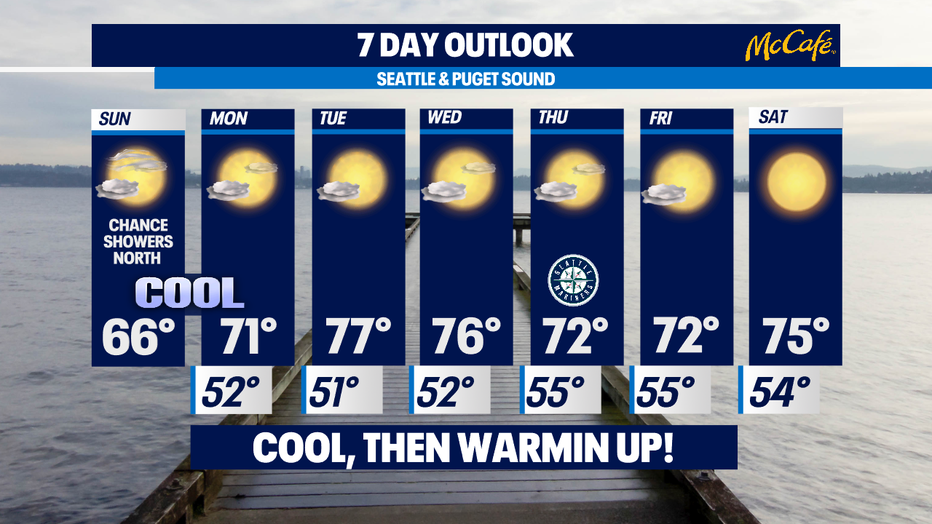 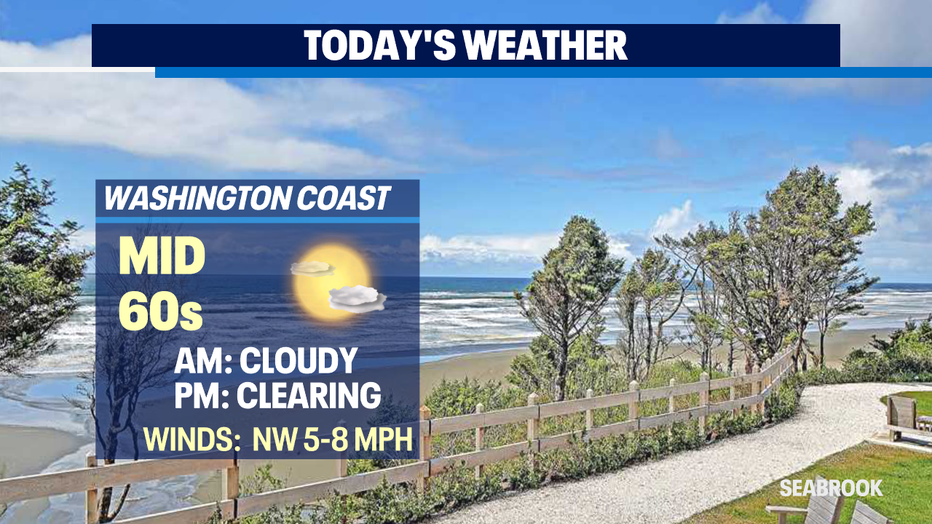 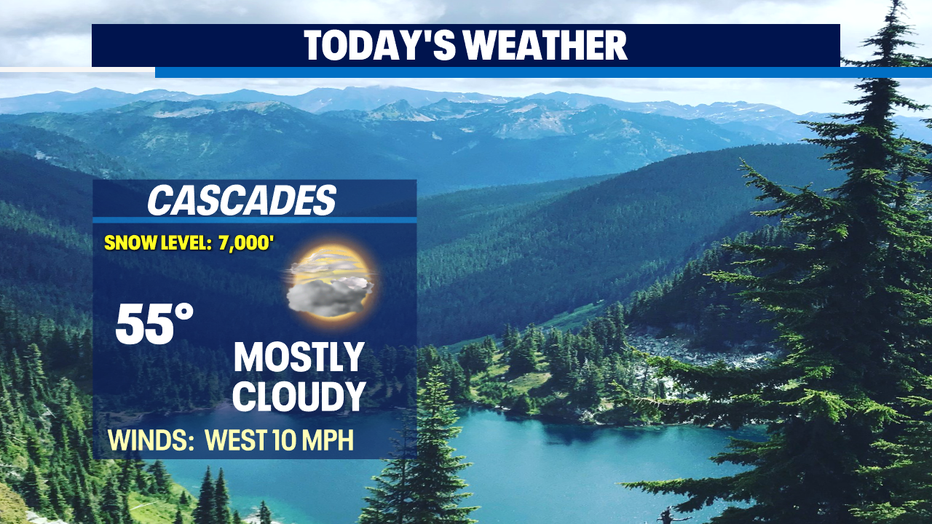 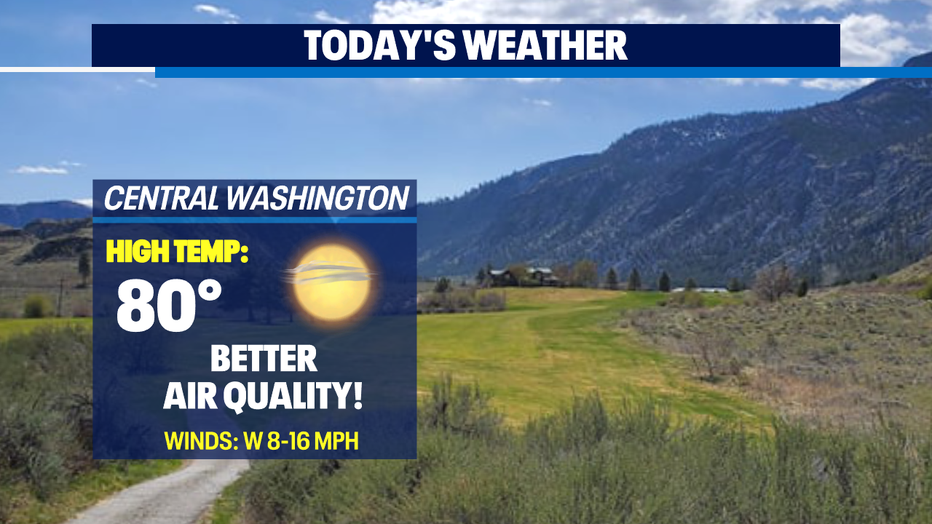 *Q13 Holiday Countdown is back! 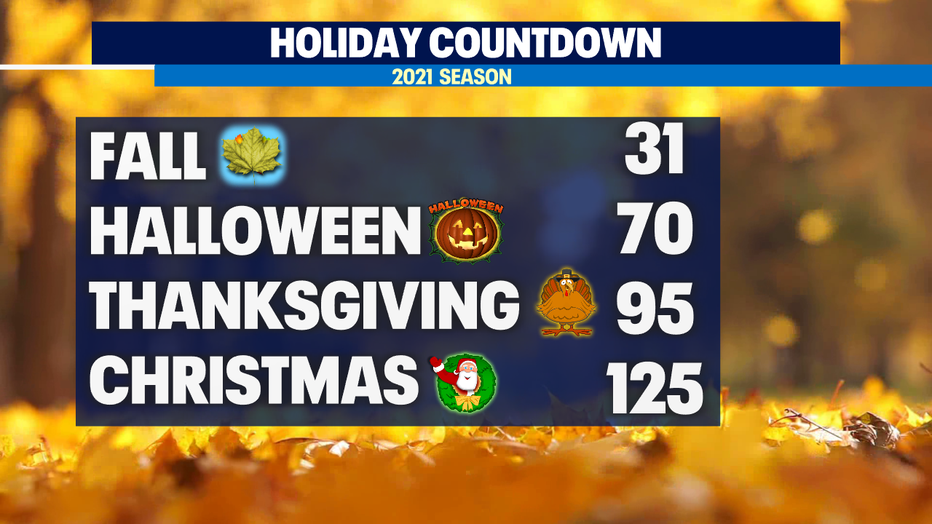