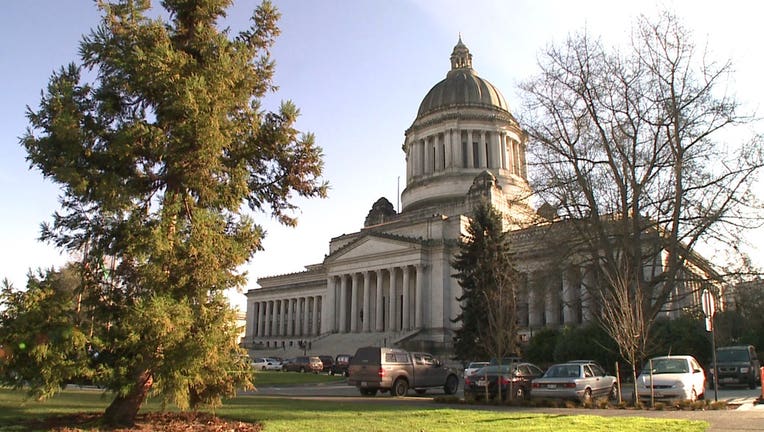 OLYMPIA, Wash. - The first half of June in Olympia must have had residents wondering if summer was ever going to come. The city waddled through 11 consecutive days with observed rainfall, with about 2 inches of rain alone at the tail end of the soggy stretch on June 13-15.

"Can we just turn the rain off for a bit?" I'm sure a few mused.

Mother Nature listened to the first part, but must have tuned out the end of the sentence, for the rain did turn off for a bit. Then "bit" stretched into "a while"… and then "a long while"… then "a month"… then "two months"…

Now they couldn't be faulted for wondering if the rain is ever coming back. (Don't worry, it is… in a "bit"?)

Tuesday marked the 70th day in a row without measurable rain in the capital city, far shattering the previous dry streak record of 55 days set in the summer of 1960. There have been a few weak weather systems to roll through Western Washington in the interim -- Seattle's rain streak began on the same day but ended at 51 days weeks ago. But none of the rain managed to find its way into the South Sound -- at least in measurable amounts. 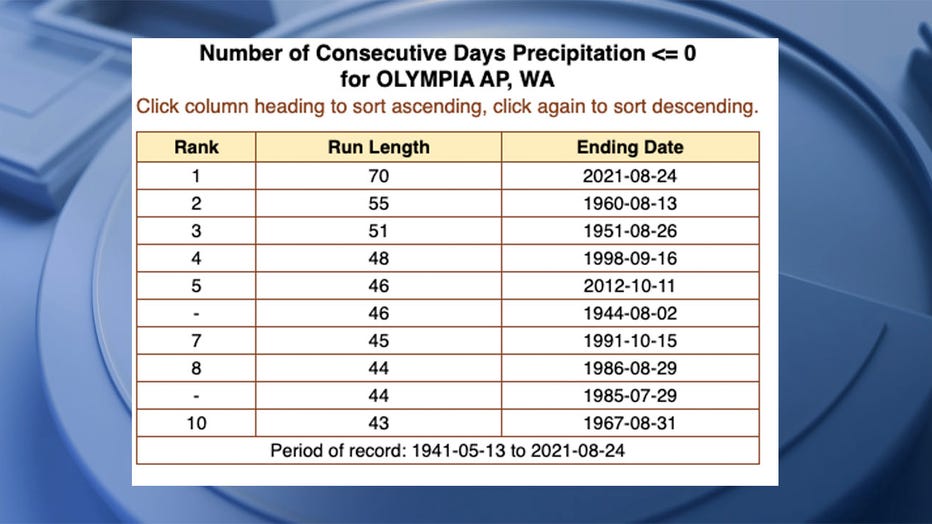 It's likely the longest measured dry streak in Western Washington and it'll match Portland's all-time record 71-day streak on Wednesday. Olympia has long passed some other towns that you might think of being in sunnier climates: Orlando and Houston's record dry streak is 36 days while it's 43 in Atlanta, 44 in New Orleans and 48 days in Miami.

But it still long trails many other cities such as Spokane at 80 days, Dallas at 85, and Pasco at 97.

And it's still months away from reaching some of the dry stalwarts in the southwest. San Francisco once had a dry stretch of 177 days, while Los Angeles once went 225 days without rain, and Las Vegas made it a full 8 months!! That 240-day dry streak just ended in December.

How long will the dry streak go?

It looks like rain returning "in a bit" this time around is closer to the standard definition. A weak cold front is expected to sweep though western Washington later this week with areas of light showers expected.

Forecast charts predict as much as a tenth of an inch of rain late Thursday into early Friday in Olympia.

Temps near 80 on Wednesday