SEATTLE - Feeling like fall! Passing on/off showers today, mostly in the morning. A brief convergence zone could deliver some brief steady light rain in Snohomish and then King County this afternoon. Temperatures will be around seasonal norm of 58, but a few spots in the south sound will end up hitting 60. 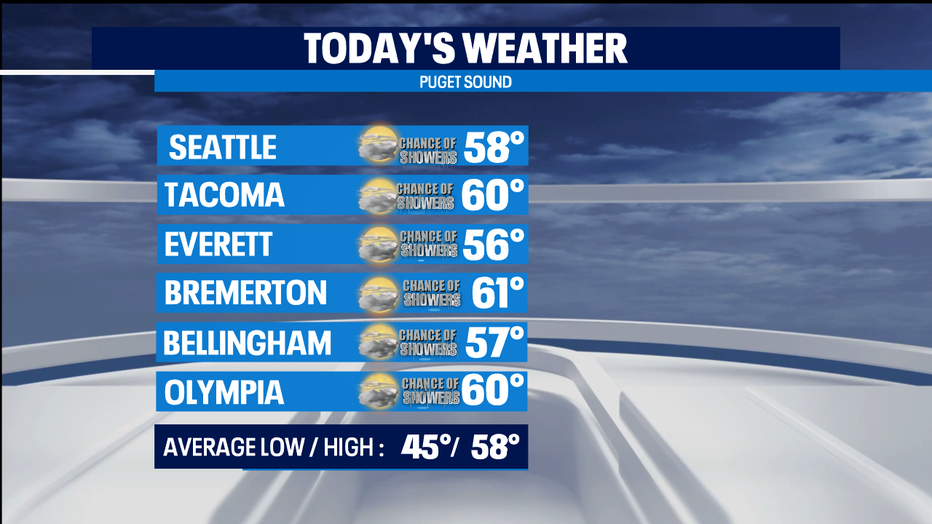 The overall flow is out of the NW which keeps the skies pretty cloudy and a chance of on/off showers in the forecast for Tuesday. Looks a tad wetter late Tuesday into early Wednesday. Another round of rain looks to move in Friday into early Saturday. 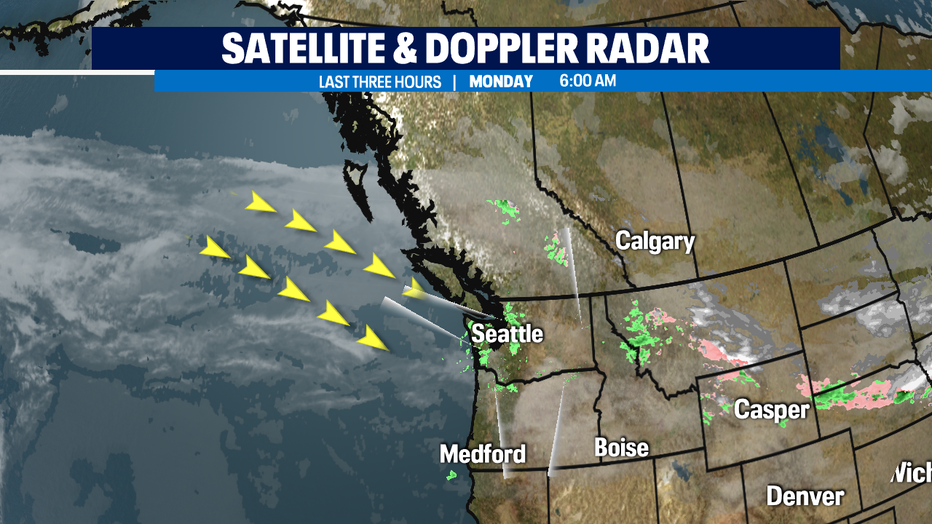 We'll see significantly cooler weather as we get into the later part of the week-- which will also mean much lower snow levels in the mountains. 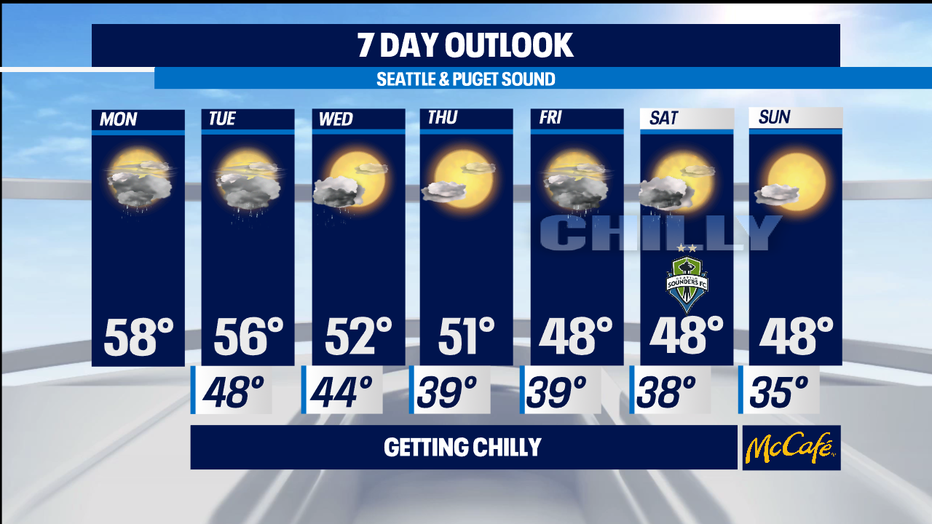 Overnight lows in the Puget Sound lowlands will get into the mid-30s. That will mean freezing and frosty overnight temperatures in the foothills -Tim Joyce