Cloudy and scattered shows for Saturday

SEATTLE - After a chilly but sunny start to our Saturday, the rain returns for the afternoon and will stick around into Sunday too. Temps will end up a touch cooler than yesterday and a bit shy of the normal of 51. 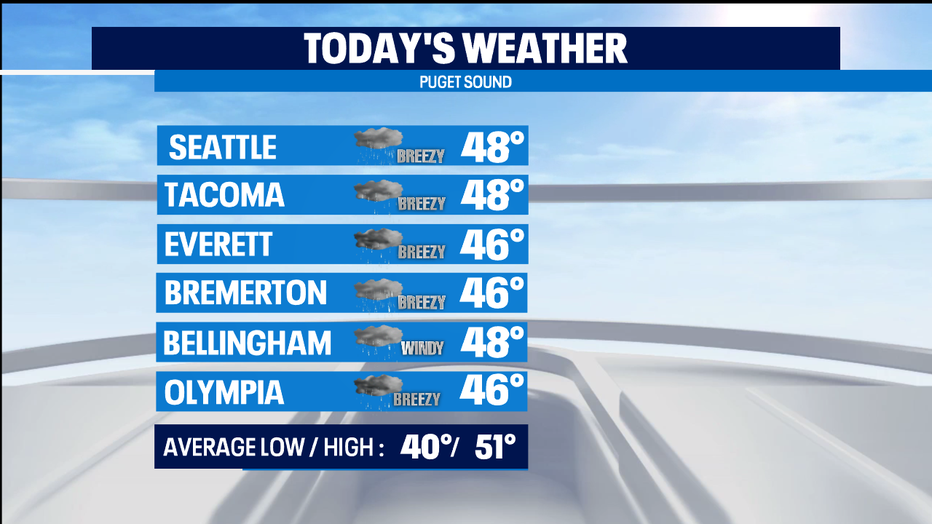 The mountains and parts of Central Washington will see additional snow move in later today and Winter Weather Advisory is in effect into the afternoon- but I wouldn't be too surprised it it was extended into the evening with the front moving in. 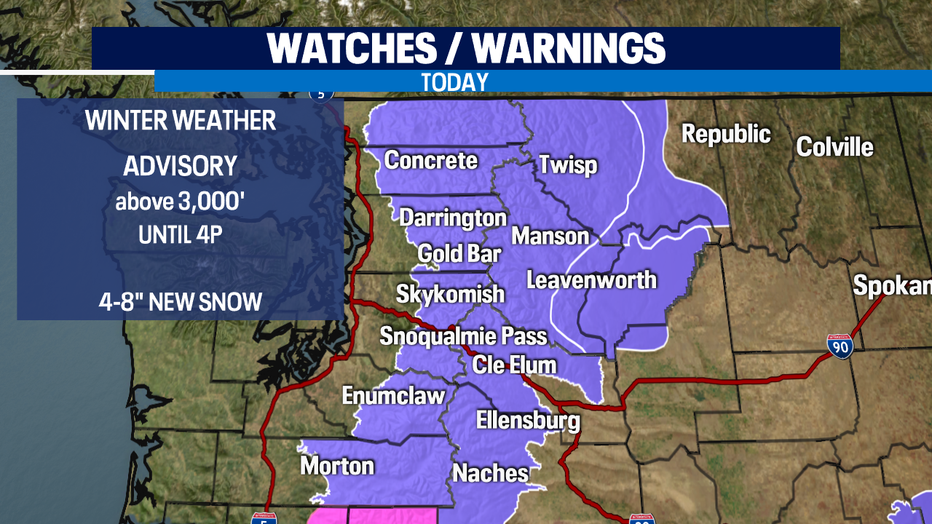 The center of this next weather system is moving into British Columbia and that's where the windiest conditions will be tonight. Wind gusts around Puget Sound and the coast will gust at times up to 25-35 mph between 7-10 pm. 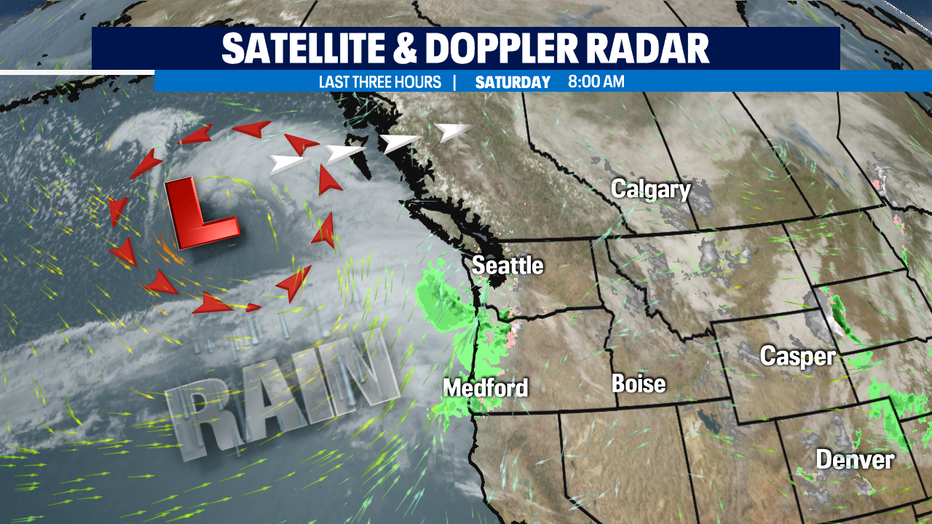 Tomorrow we'll see a bit of a soggy morning and then some on/off showers at times with temps again near 50. 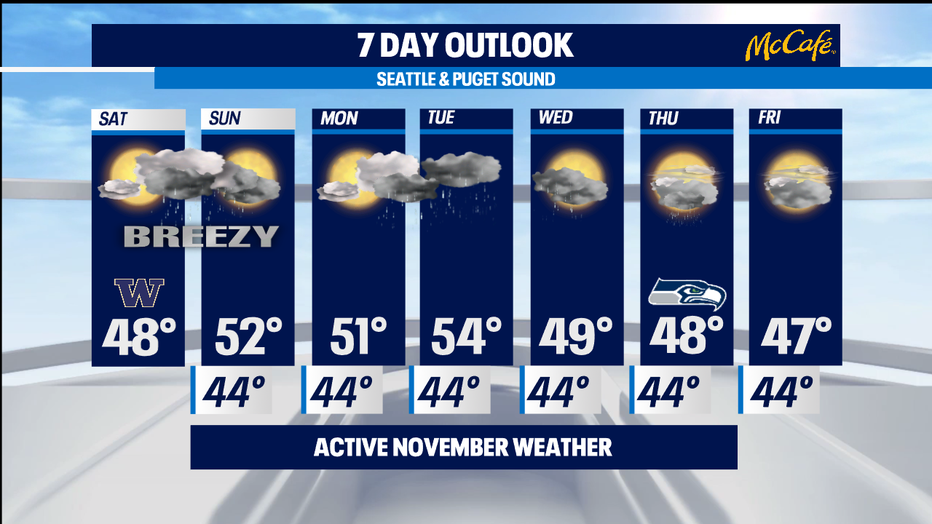 Next week starts out dry on Monday, but our next round of lowland rain, mountain snow and blustery winds moves in by Monday evening and will be with us for most of Tuesday and probably a bit into Wednesday as well. By Thursday Night Football, it's only a chance of showers in the forecast for the Seahawks at CenturyLink. -Tim Joyce