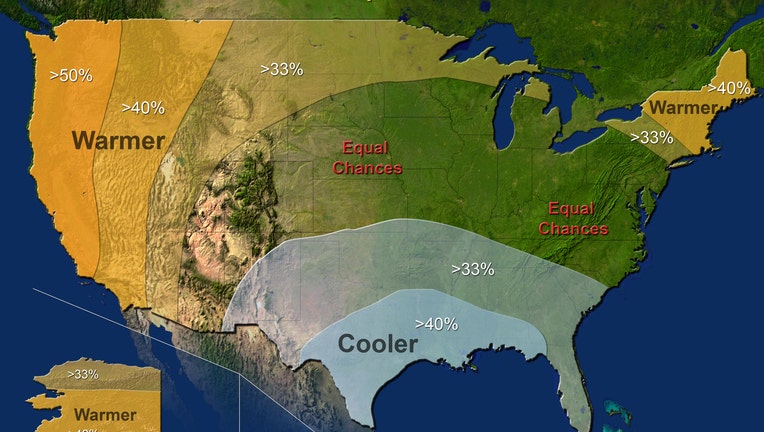 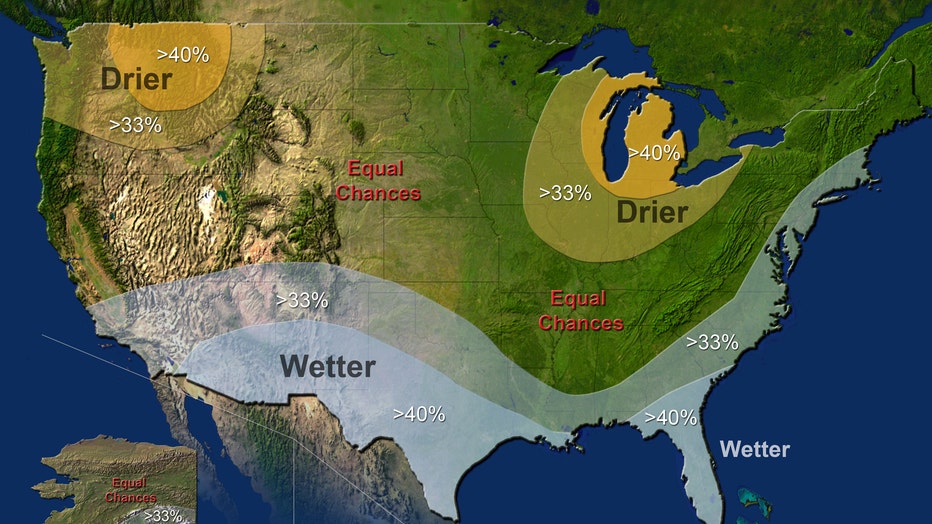 (CNN) -- Oh good, the brutal cold conditions that froze much of the country last winter are unlikely to happen again.

The National Oceanic and Atmospheric Administration said in its seasonal outlook Thursday that some of those areas east of the Rockies might even see warmer temperatures this time.

Remember how we kept talking about the Polar Vortex last winter? Chances are there won't be as much chatter about it as we move into December and January.

"The Polar Vortex is always there," CNN meteorologist Dave Hennen reminded us. "When it breaks, it spills cold air into the U.S. It's pretty unlikely that it would happen two years in a row."

Looks like NOAA agrees, though it warns folks in the South and Southeast to expect below-average temperatures -- and more precipitation.

So cities like Detroit and Chicago that saw record amounts -- or near records -- of snow shouldn't have as much of the white stuff, but Atlanta and Dallas may have to keep their snow plows ready, Hennen said.

While we probably won't hear as much about the Polar Vortex, we might see El Niño move his way back into the weather discussion.

Hennen said forecasters have been waiting for an El Niño to form in the Pacific, but it has yet to materialize.

NOAA's Climate Prediction Center puts it as a 67% likelihood of happening during the winter. But the El Niño will be a weak one and bring only some rain to drought-stricken California and other states in the West.

"We're likely to see normal amounts of rain," Hennen said, "which will help with the drought, but not alleviate it."

Breakdown by region of what NOAA expects:

Northeast --- above-average temperatures, above-average precipitation along the coast. Hennen said it's important to remember that a lot of storm systems start in the South and work their way up the coast, so cities like New York and Boston might get more than their normal amounts of snow.

Mid-Atlantic -- temperatures should be about normal as will the precipitation amounts in the interior parts of each state; wetter toward the ocean

Midwest -- Should be normal in temperature and precipitation in most areas

South -- colder, wetter in most areas

Pacific Northwest --- drier and warmer than most years

Hawaii -- It's always nice, it seems, but expect less rain this season