The northern lights might be visible just after sunset or before sunrise, depending on the weather and cloud coverage in the Puget Sound region.

KALALOCH, Wash. - Mother Nature has been putting on incredible shows for days across Washington State, with a multiple-day Northern Lights event mixed in with another scene of glowing waters from bioluminescence off the northern coast.

"The past week has been full of mind-boggling nature experiences," says photographer Mathew Nichols. "(Monday) night made me feel like the luckiest guy alive!!!"

"(I) immediately noticed the waves were glowing blue as bright as I've ever seen them!!" he said. 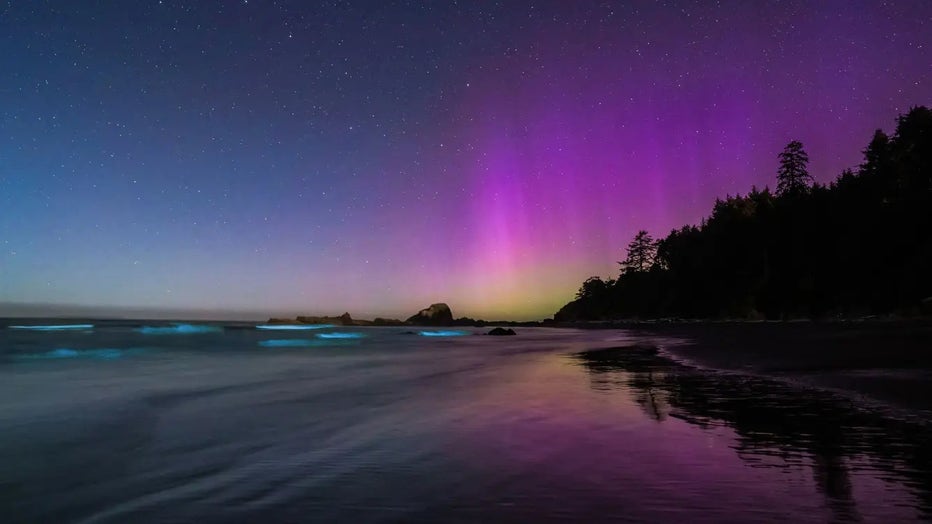 But as he was taking multiple photos of the blue glow, he noted the Northern Lights began to appear -- giving him a second experience with both glowing skies and glowing water in the same month.

"So here I was watching the waves glow bright blue while watching the Northern Lights vibrantly dance through the sky," he said. "As I peered down and noticed I was also capturing the beautiful reflection of the lights, I suddenly found myself living in a dream." 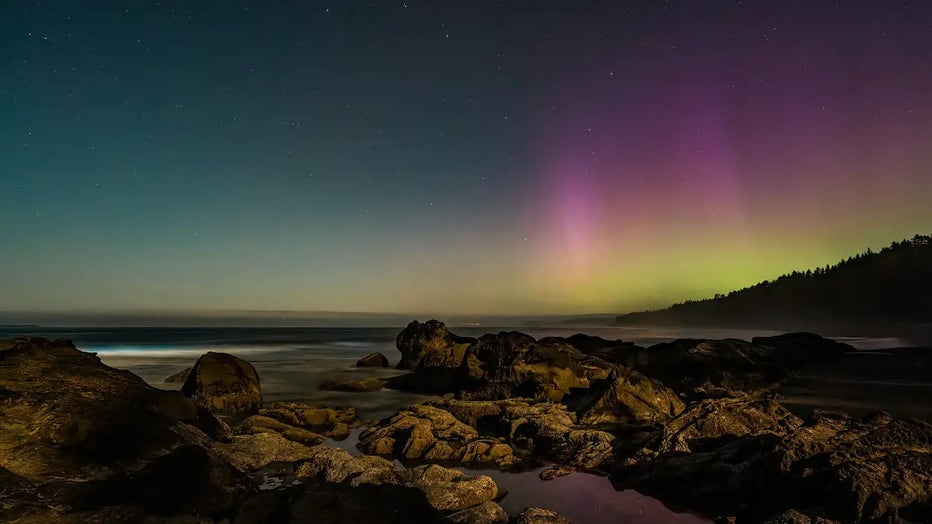 Bioluminescence is when living organisms produce light, so they have the chemistry within their cells, their bodies to have a chemical reaction that involves the release of energy comes out as light that we can see, says Michael Latz, a marine biologist at Scripps Institution of Oceanography through the University of California, San Diego.

"The purpose of the light can be for attracting prey or searching out prey like a flashlight or attracting mates or defending against predators," Latz said. "Bioluminescence or signaling by light is a really effective way of communicating, and of course, in shallow waters like along the coast, it's something that occurs at night."

How about an encore?

The Northern Lights weren't quite done with their shows this week, providing an even more brilliant encore on Friday across the Northwest. 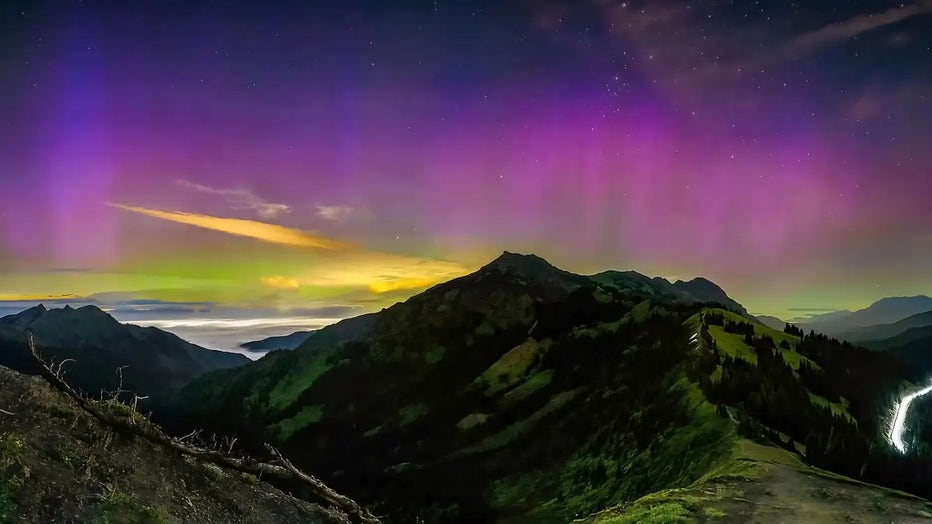 Nichols was up at Hurricane Ridge in the Olympic Mountains for this show, which did not disappoint.

Solar activity has quieted for the moment, but the sun has been on an active streak of late.