Seattle - Marine clouds are pouring on board from the Pacific Ocean and we'll be mainly cloudy throughout the day, with only partial clearing this afternoon.  And it will be cooler, with highs only around 70.  78 is normal for this time of year. 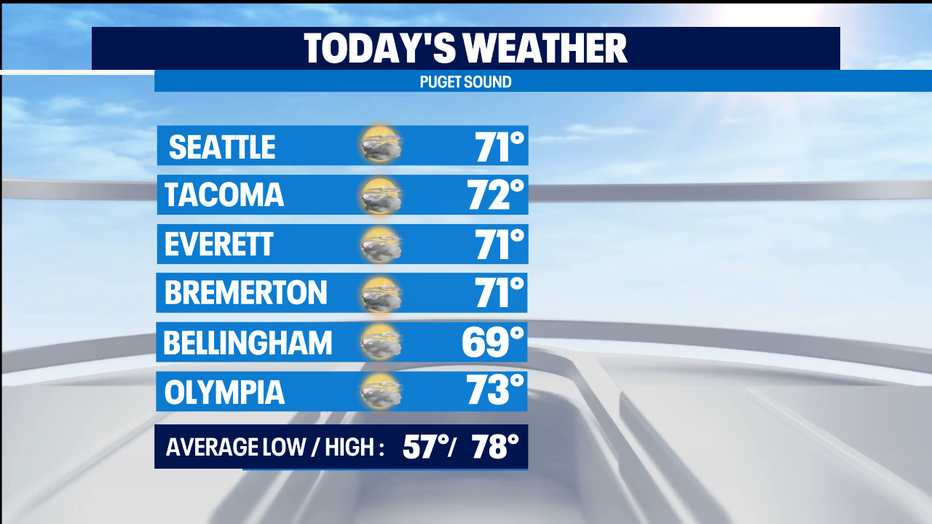 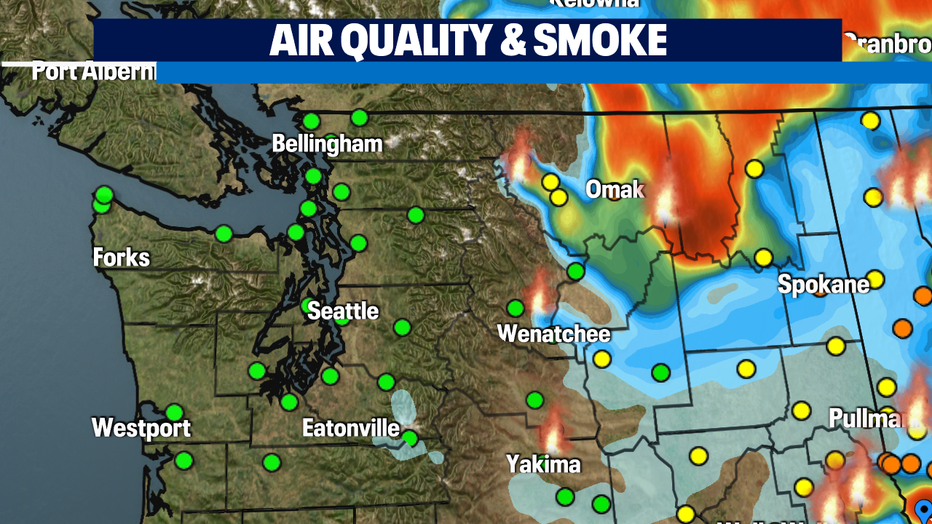 There is also a Red Flag Warning for most of Eastern Washington for high fire danger due to gusty winds and low relative humidity. 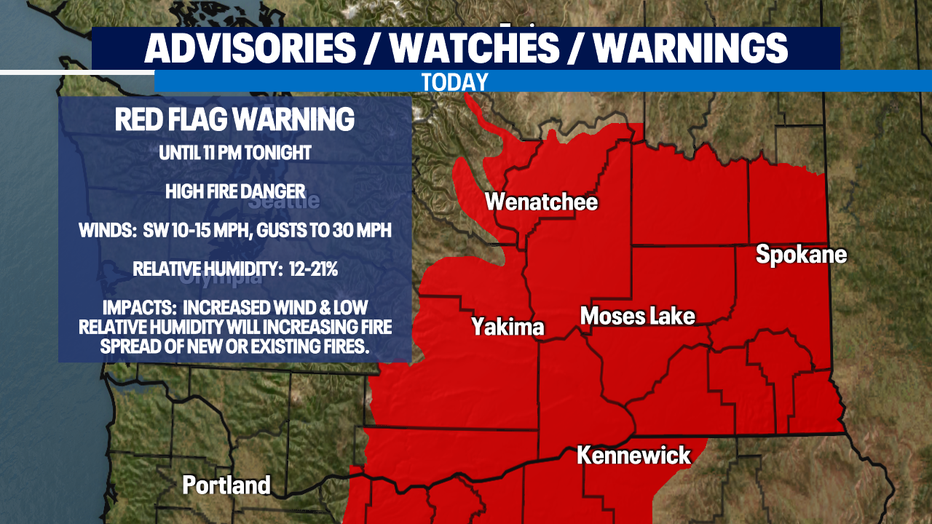 Tomorrow, Friday, will be similar to today with clouds most of the day and cooler-than-normal temps, topping out in the upper 60s.  Also . . . fingers crossed! . . . we could get a little bit of drizzle!   Check out the "FutureCast" forecast for tomorrow morning around 5 a.m.  There are green blobs on the map!  Hopefully we'll get a nice bit of light rain or drizzle.  We need it!  The governor just declared most of Washington State under a Drought Emergency. 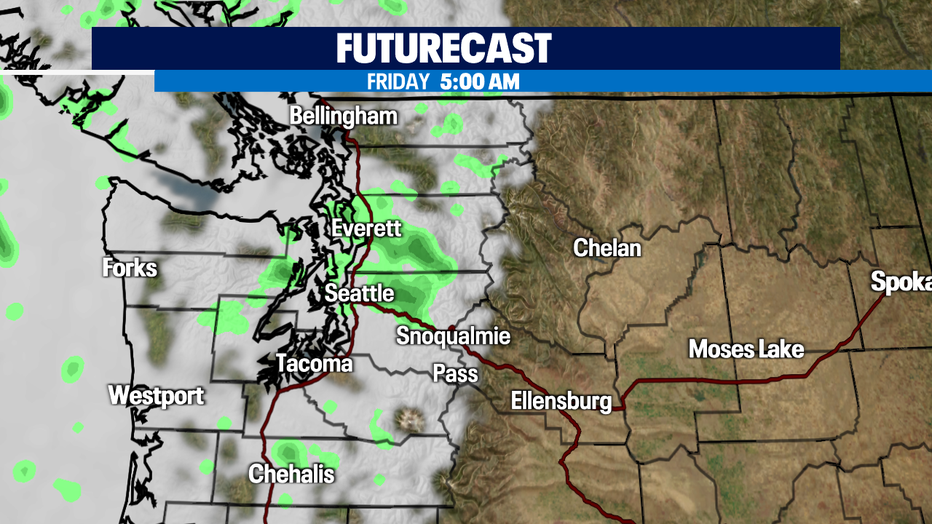 On Saturday, we'll start out with some clouds, but the sun comes out in the afternoon and we'll warm up to the mid 70s.

Sunday will be mostly sunny with temps around normal for this time of the year – around 78.

Next week, the July sun takes hold again and we'll top out in the upper 70s to near 80.  Warm, but not too hot.  Super comfortable summer weather. 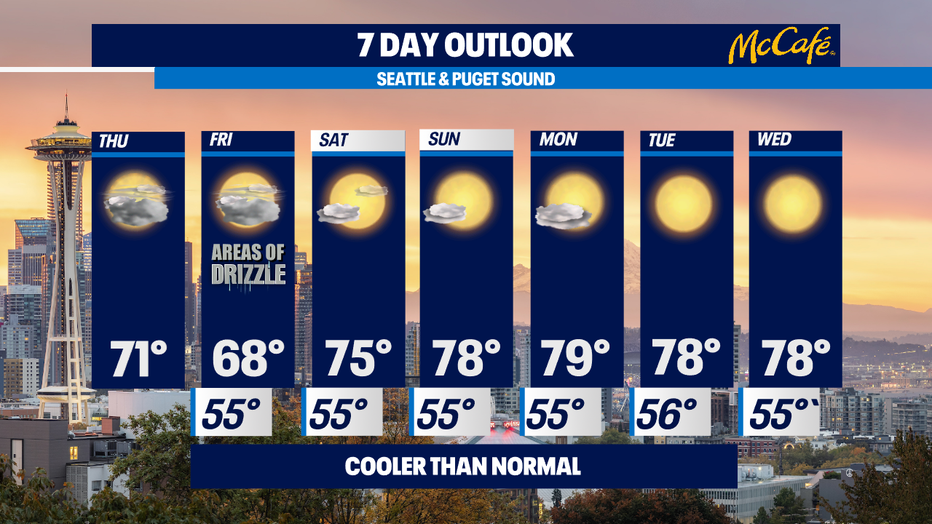 Here's a great viewer photo of an osprey feeding 3 chicks in their nest.  I believe the osprey was the inspiration for the Seattle Seahawk! 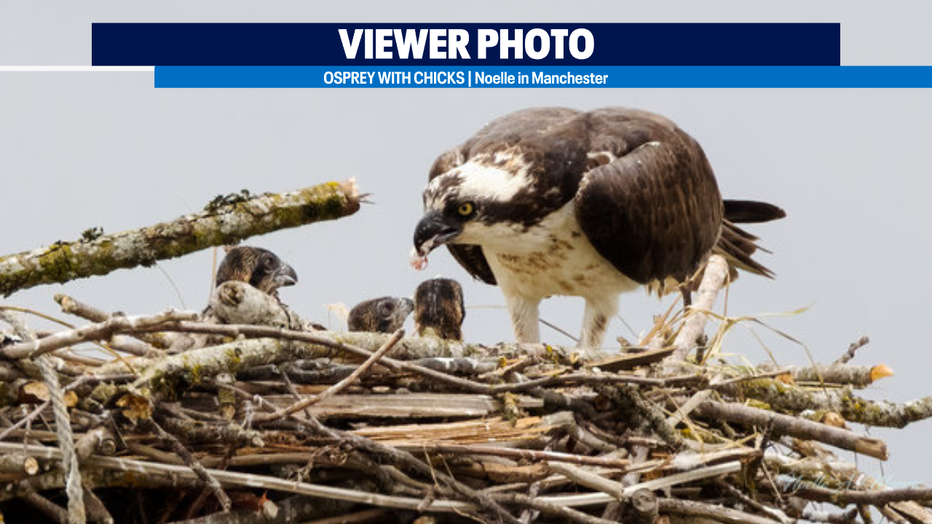 And, with a partly sunny afternoon and highs around room temperature, Dudley and Linus, these cute French Bulldogs, will enjoy a Waggin' Tail Day! 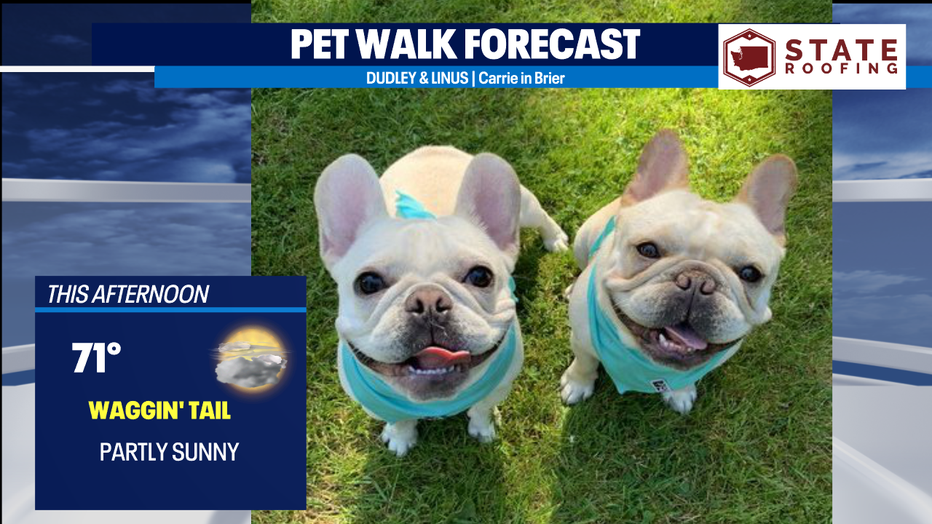