Showers and sunbreaks in the forecast for much of this week

SEATTLE - A soggy Sunday had some much needed rainfall for our somewhat parched region. We've been drier than normal for March, April, & May. Yesterday saw a half-inch of rain around Olympia and double that amount out on the central Washington coast. 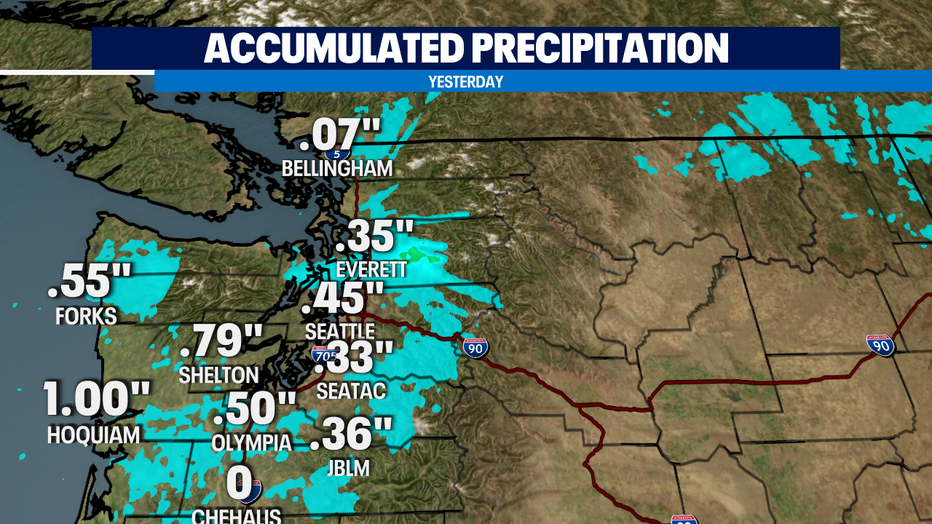 That active soggy weather system is moving across Western Washington this morning. Bands of moderate to light rain moving across parts of Puget Sound will keep the first part of the commute pretty wet and chilly with temps in the 40s. Snow levels could be low enough to deliver some snowflakes to 4K feet, the elevation roughly of Stevens Pass, but not much will stick. Can’t rule out an isolated small t-storm with this kind of a weather pattern. 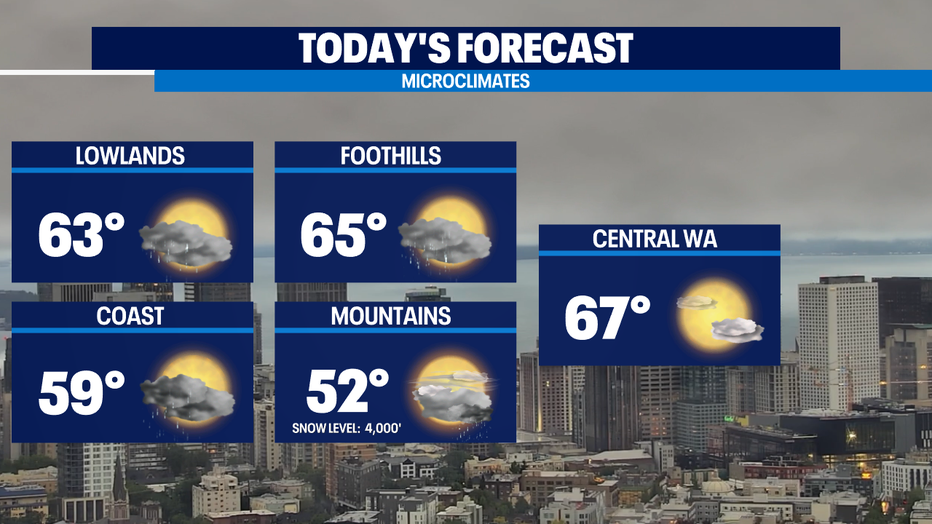 This afternoon a chance of rain at times in the lowlands as we warm a bit more than yesterday’s very chilly high in the mid 50s  most of us will be closer to 60. Normal is close to 70 for this part of June. 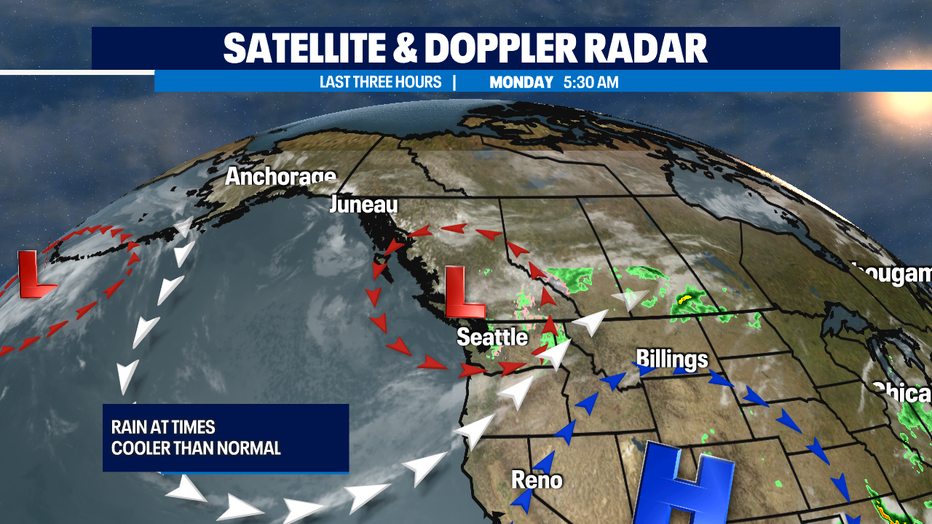 We've got a dip in the jet stream we call a trough. That will help keep the first half of this week cool and showery, though the wettest spots will be along the coast and mountains. 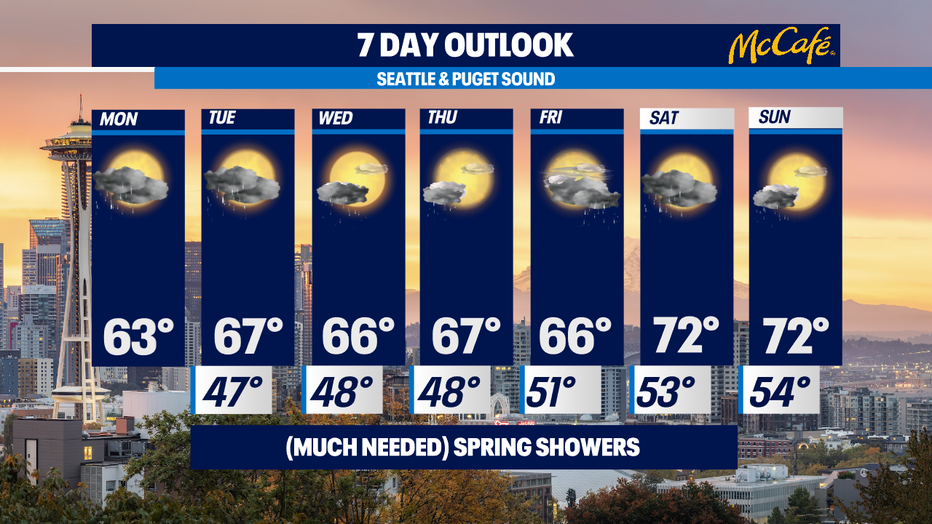 We dry out a bit late in the week. I think the dry period will be most of the day on Thursday and most of the morning and afternoon on Friday. While we warm towards normal temps, there's chance of some showers next weekend. -Tim Joyce