The rain and snow comes to an end after the weekend

We're tracking a few inches of mountain snow overnight, but heavier snow sweeps through the higher elevations by Friday afternoon. In the lowlands, there could be spots of snow mixing with rain at times the next two days.

In the short term, we're forecasting snowy and icy roads over the passes into early Friday. Elsewhere, we expect a few showers in the lowlands. In some showers, there may be "chunky rain" - an affectionate nickname around these parts for a rain/snow mix.

We'll have to especially watch Snohomish, Skagit and Whatcom Counties (along with communities along and south of Olympia) for this wintry mix overnight. Even if snow falls closer to sea level with spotty showers into early Friday, accumulations are unlikely under 1,000 feet. About a trace to an inch or snow could stick to the Cascade foothills by Friday morning. Lows tumble to the mid-30s for most places along the I-5 corridor. 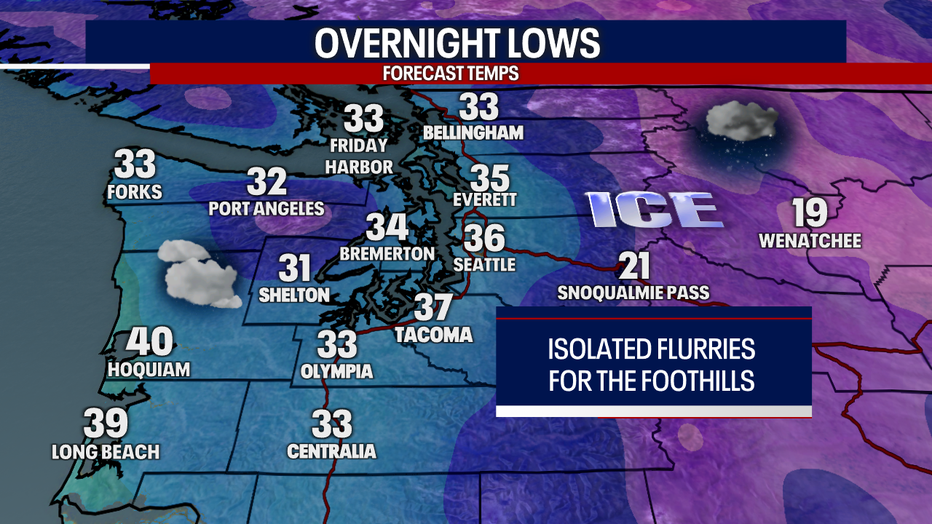 Friday starts with isolated showers, but heavier lowland rain and mountain snow push into Western Washington by the afternoon. Here's a look at Futurecast: 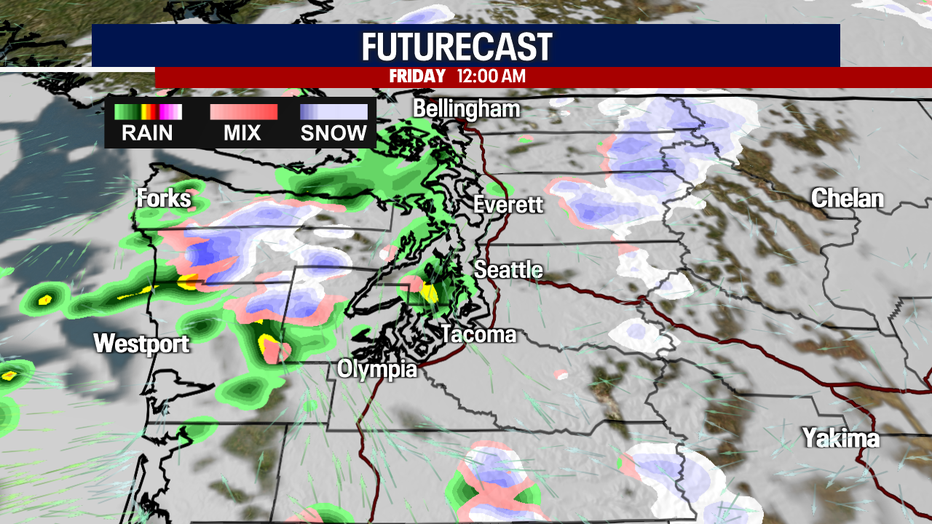 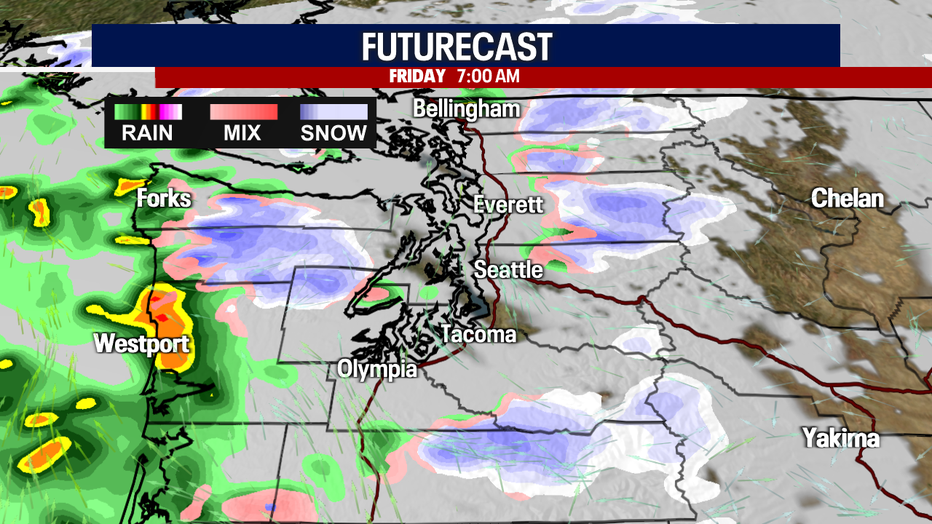 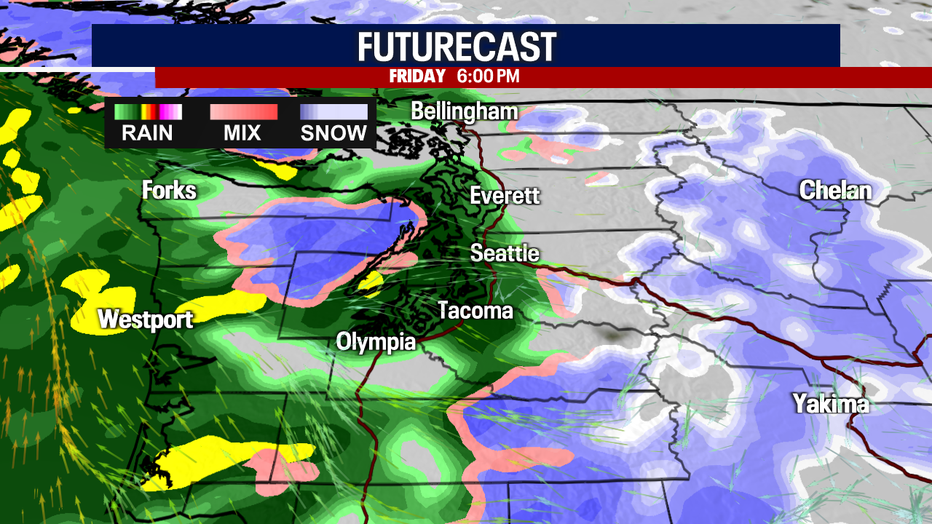 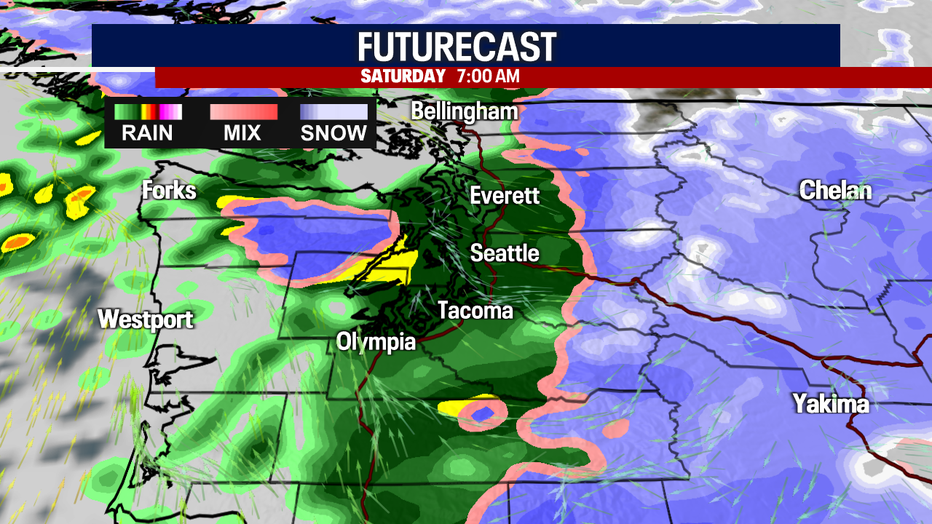 Highs will stay below-average all week, and that includes Friday. Wear warm and waterproof layers! 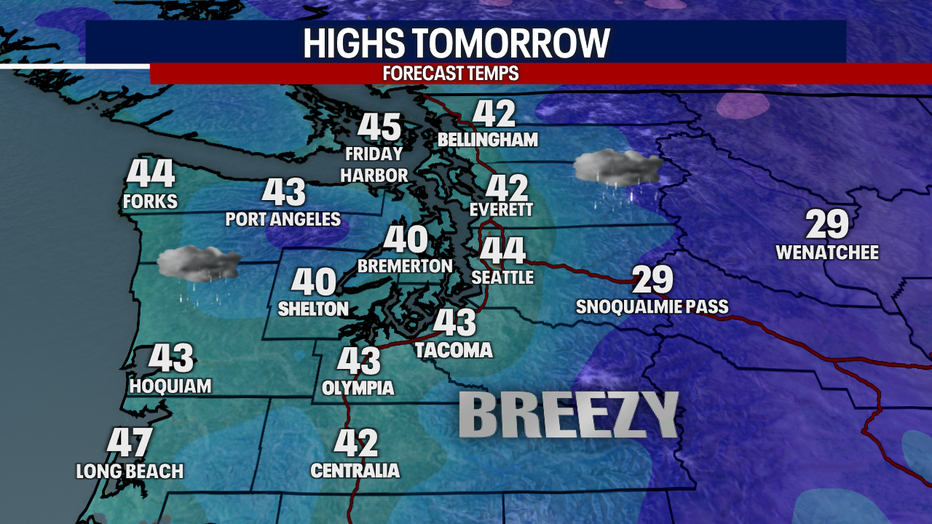 Friday afternoon to Saturday, we're forecasting around a foot of new snow for the passes. Traveling could be difficult over the mountain highways. 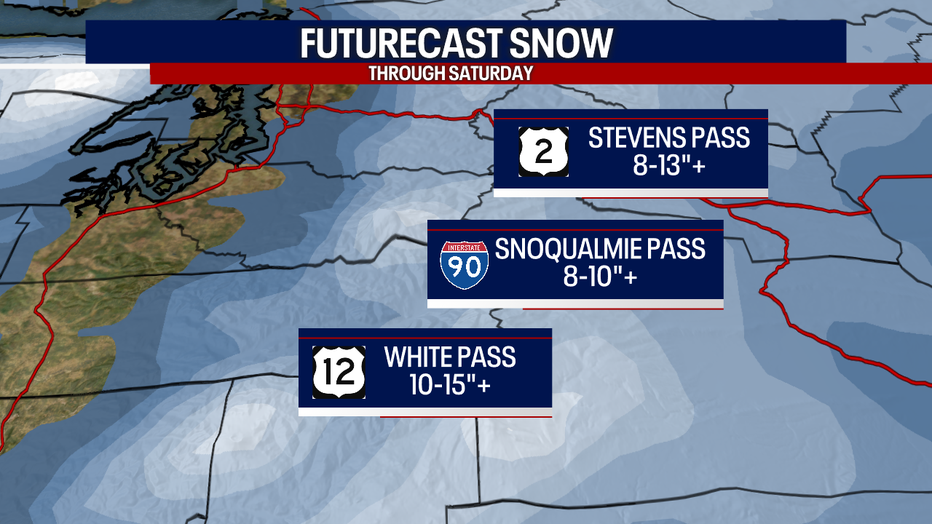 It'll also be breezy and locally windy Friday afternoon into Saturday morning. I think gusts will generally range from 10-25 mph for most in Puget Sound. However, gusts of 30-40 mph are a possibility for the Strait and the coast. Stay with us for updates! 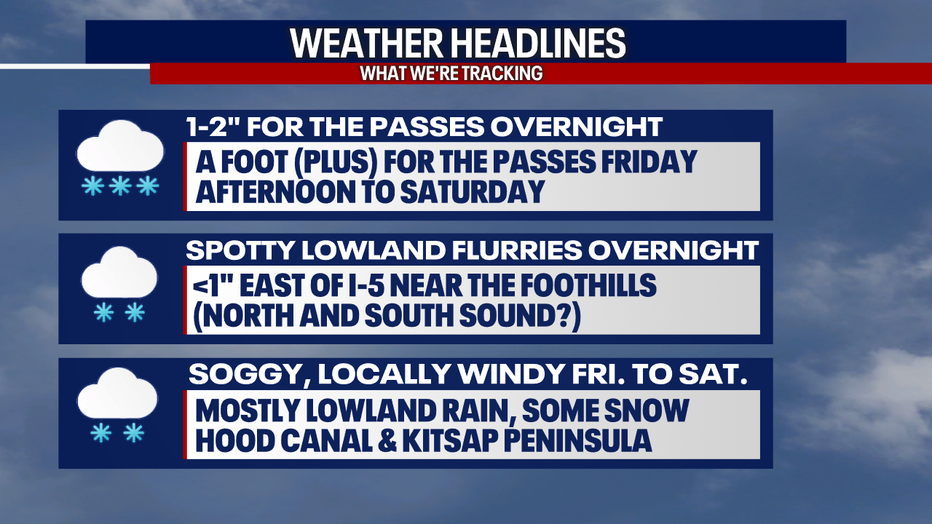 Here's a look at our seven-day forecast! 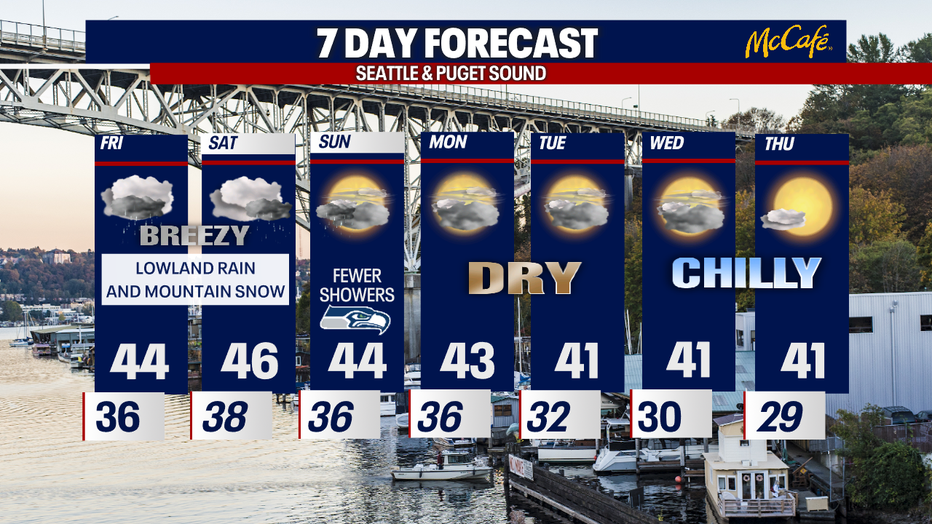