SEATTLE - Expect another day with morning fog and afternoon hazy sunshine. Fog will be thick in the morning with some visibilities 1/4 mile or less. Fog will evaporate by late morning to early afternoon. High temperatures will likely be similar to Friday, still above the normal of 65 degrees. Wildfire smoke will be much worse if you're headed down to SW Washington, Portland metro, and Willamette Valley where there's an Air Quality Alert for Saturday. 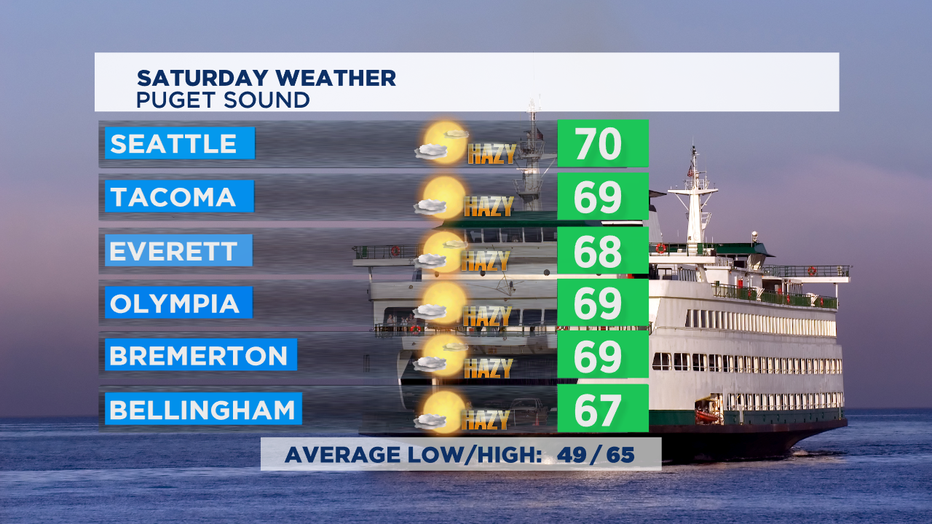 Air Quality around Puget Sound will likely end up again in the Moderate to Good categories. Though as winds switch to out of the south that could worsen late in the day or on Sunday. But, Saturday evening for the Sounder match-- we should have good enough air quality conditions to play Cascadia rivals Whitecaps in town from Vancouver. 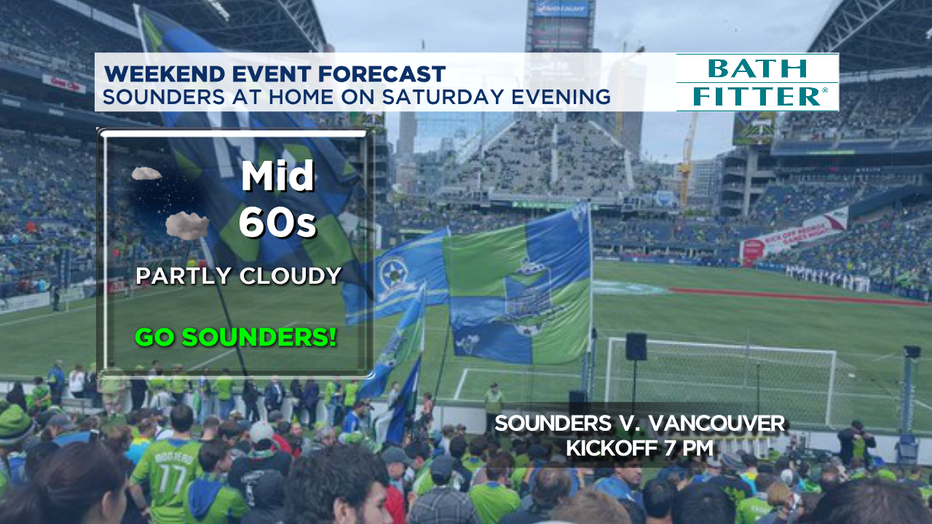 The high pressure ridge that's been keeping us nice and dry this month has also been holding wildfire smoke in our skies, albeit not nearly as much as we saw last month for 11 days in a row. That changes a bit getting into Sunday with a weak front passing to our north. Not a lot of precipitation from that front, which is too bad because each drop of rain pulls thousands of smoke particles out of the sky. But, the front will bring in more clouds and cooler temperatures. 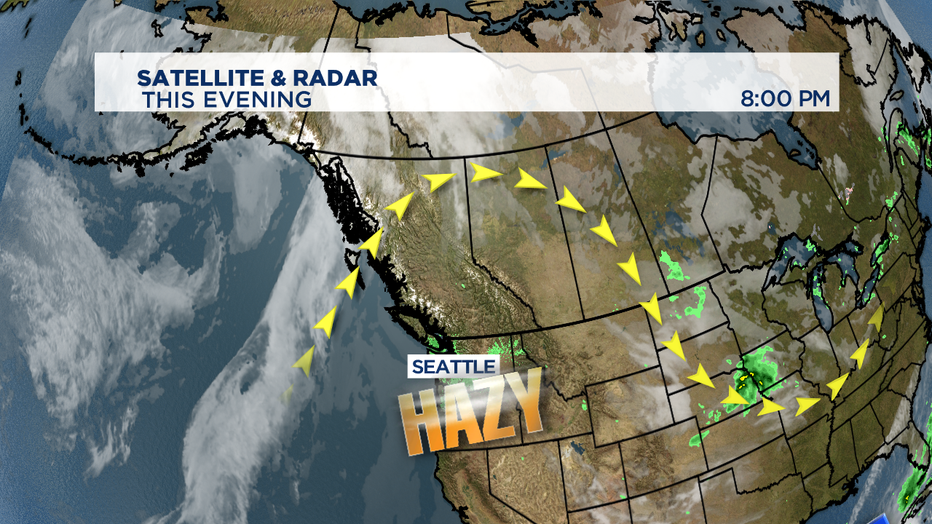 With a bit of luck from that incoming weak front, we'll clear out our skies enough that so when the fog layer clears out on Monday-- it should reveal some actual blue skies over the region. The rest of the coming week will be pretty dry until the next front moves in late Thursday into Friday. 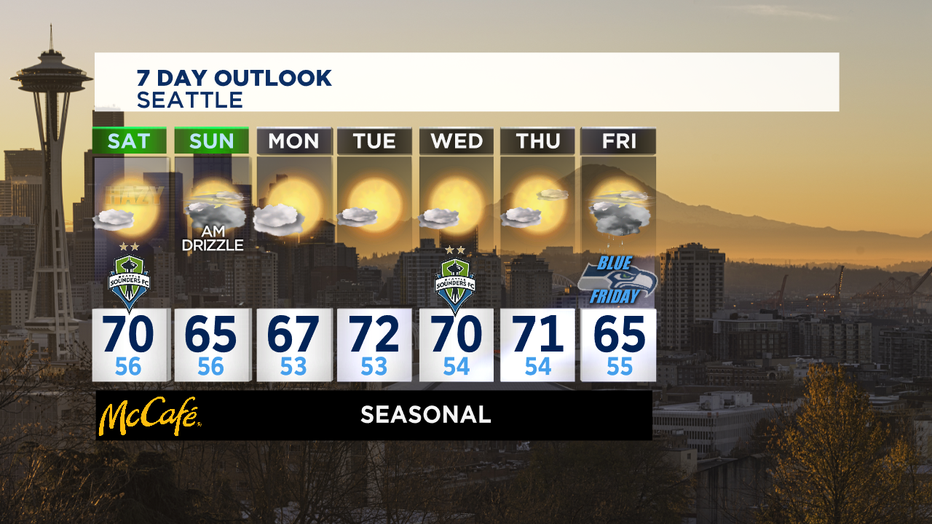 That could bring some of our first actual October rainfall. October marks the beginning of our rainy season here in the NW. A typical October usually sees about three and a half inches of rain, but so far we've seen none at the rain gauge at SeaTac. -Tim Joyce