Seattle - December's cold weather continues this week, but Western Washington will stay dry with highs in the low 40s.

The next few days, expect morning clouds and patchy fog followed by some afternoon sunshine. Freezing fog is possible in spots the next couple of mornings, but it won't be a widespread issue. A ridge of high pressure settled in off the coast will keep storm systems away through at least Saturday. 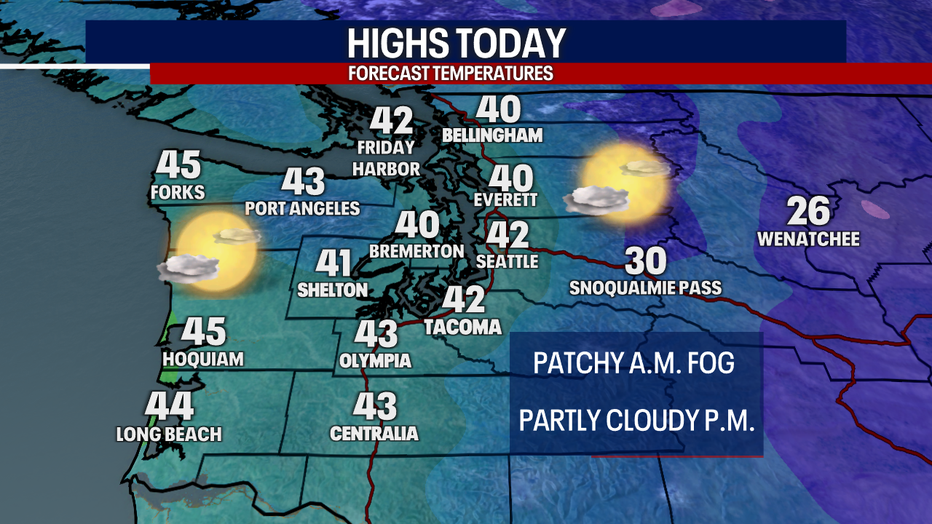 It has been a very chilly December so far. Sea-Tac has not had one day at or above the daily average this month. The trend will continue moving ahead at least the next seven days. 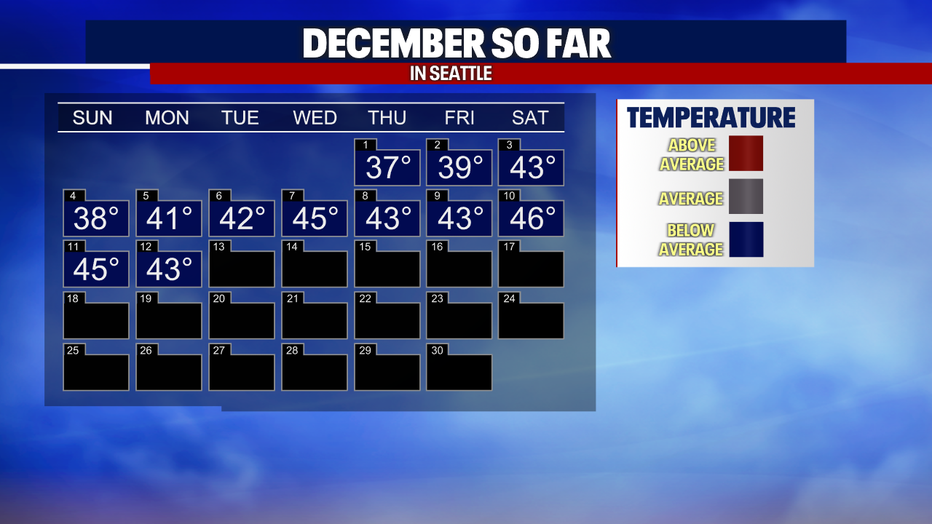 The ridge will push slightly west over the weekend, opening the door to more to a colder air mass, clouds, and a chance for some light snow Sunday into Monday. We will be keeping an eye on that as we near the weekend. 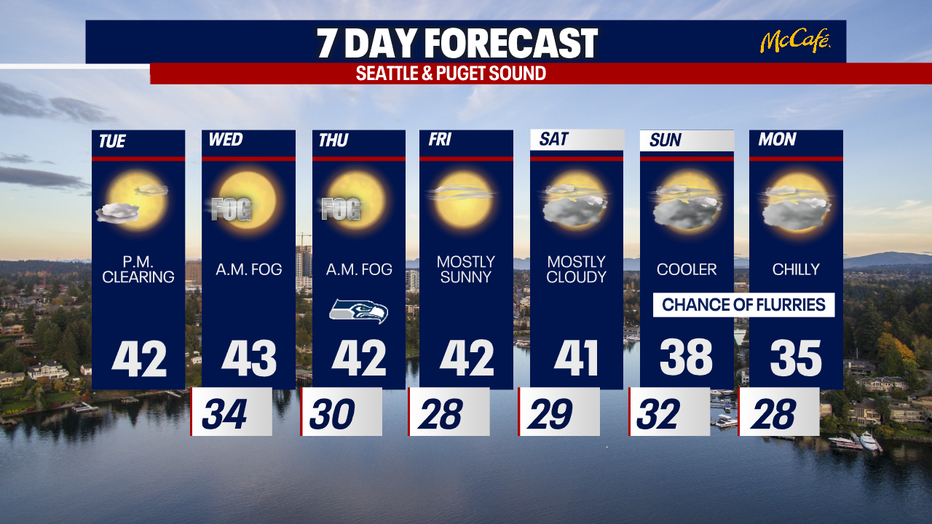 Kids this time of year are asking Santa for a White Christmas. It's a rare occurrence in Seattle, only happening three times in the past 135 years. Stay tuned to the forecast as we get closer! 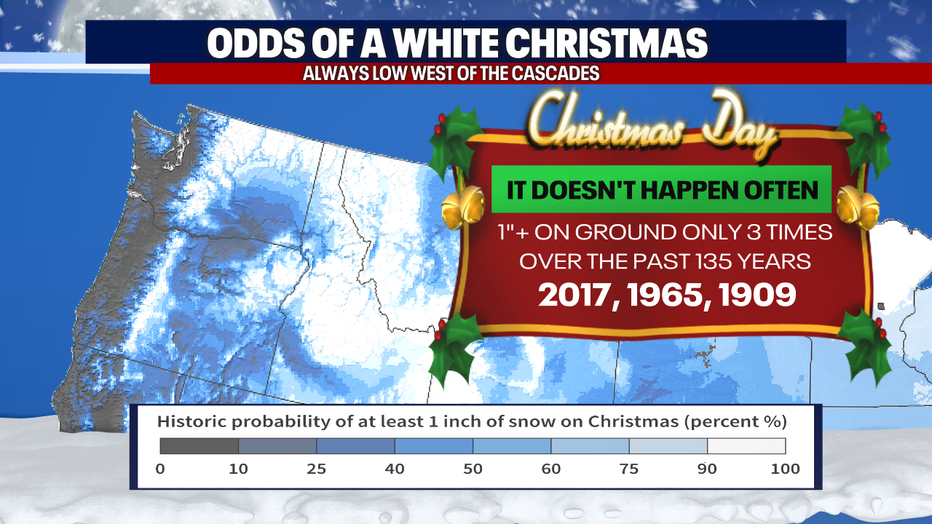