SEATTLE - Our biggest rain this week has already swept through this morning. Only a few lingering showers left for some of us, but you'll really notice the clearing skies as the winds die down. Since this was a cold front the high temps for some areas already happened today, but we'll all be in the 50s this afternoon. 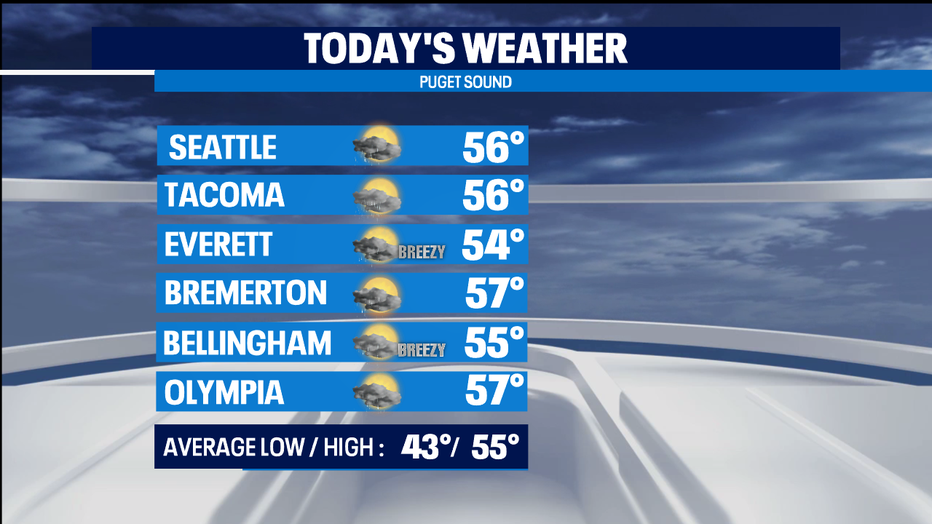 High pressure builds in to deliver some nice weekend conditions. Morning fog and clouds will part for sunshine on Halloween and for the Seahawks big rivalry game against the 49ers now of Santa Clara. 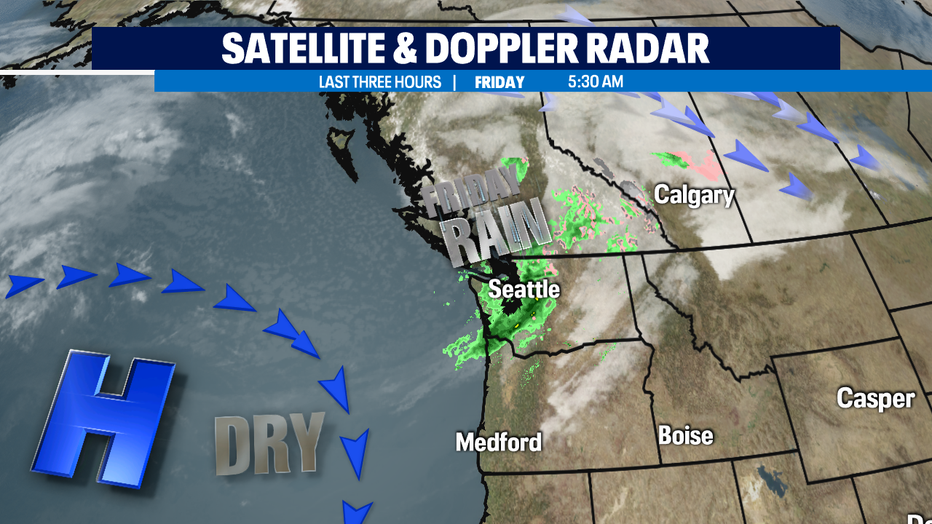 Great sky show Halloween night in the late afternoon. As the sun sets, watch for the rising full moon just before 5p in the east. A full moon only happens on Halloween every 19 years. 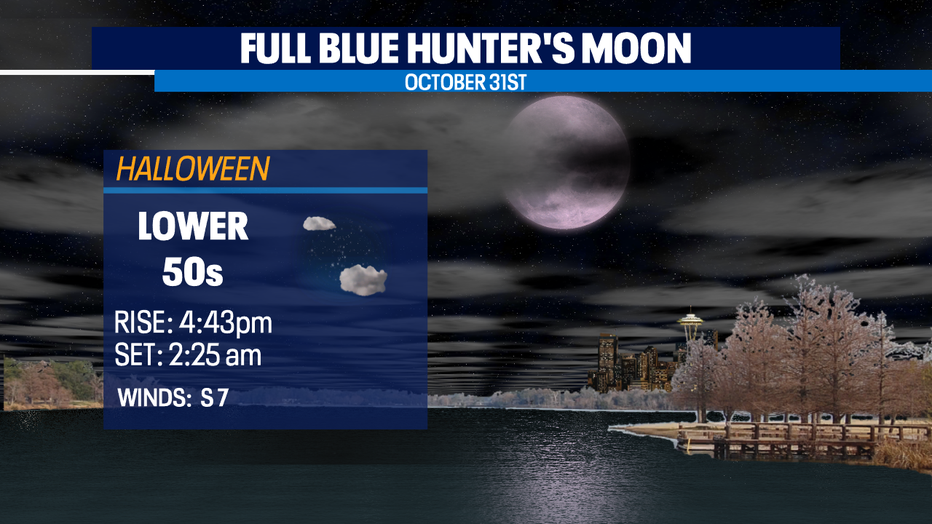 For next week, Monday looks really nice-- as tempertures get close to 60. 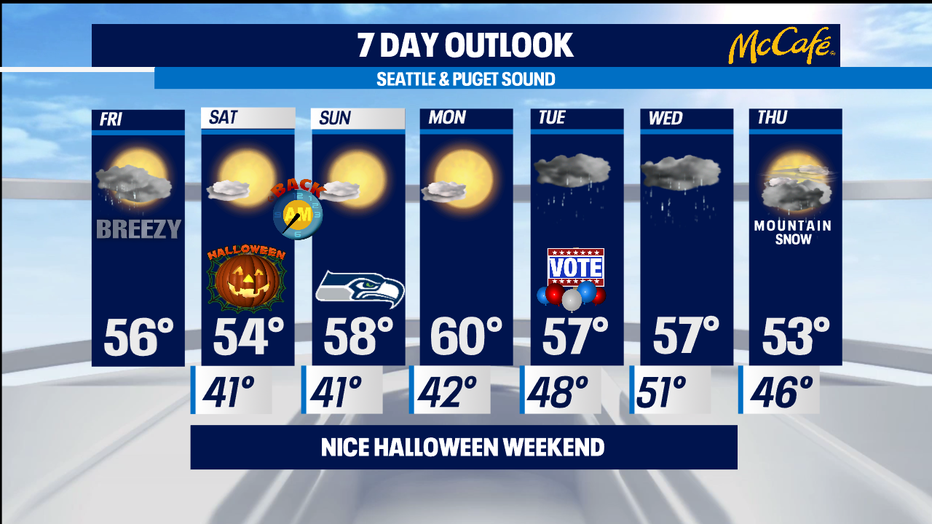 A wetter weather pattern looks to set up starting Tuesday and lasting most of next week. -Tim Joyce