SEATTLE - Days might be getting shorter, but summer is still hanging on. Tuesday was our 35th day of temps 80 or warmer. A typical year in Seattle sees 26 of those warm days. We've seen three days above 90 at SeaTac, but could come close to seeing one more more before we cool off for the season for good. Four is spot on for normal now around the Seattle metro. 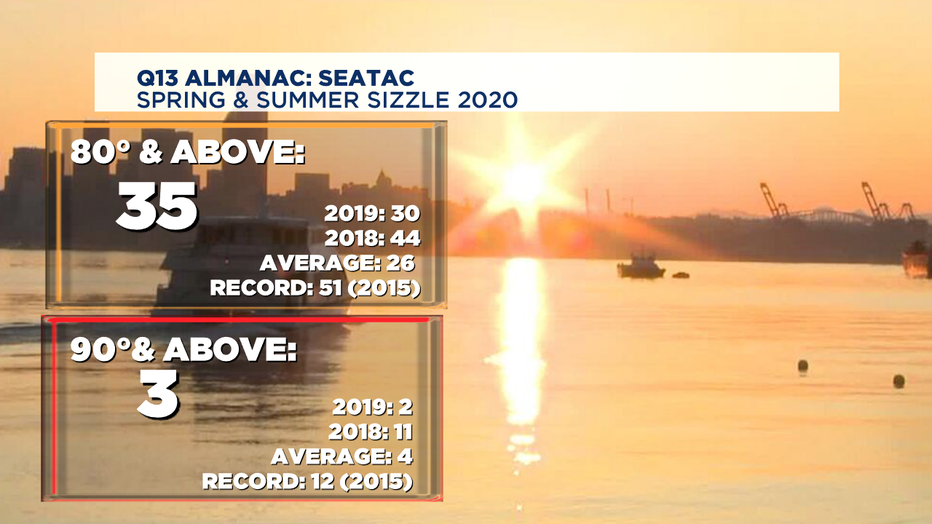 Today another goldilocks "warm but not hot" day around Puget Sound. Areas that saw morning clouds or a bit of fog will be a touch cooler than places that had raw blue skies since sunrise. Normal high temp for this part of early September is 74, but many places will be near 80 today-- especially in the foothills, South Sound, and Lewis County. It'll be a bit breezy this afternoon, with winds out of the NW. Near 70 degrees along the coast with nice afternoon clearing. East of the Cascades temps will again return to near 90 with some NW winds that could cause issues with wildfires and associated smoke in that part of our region. 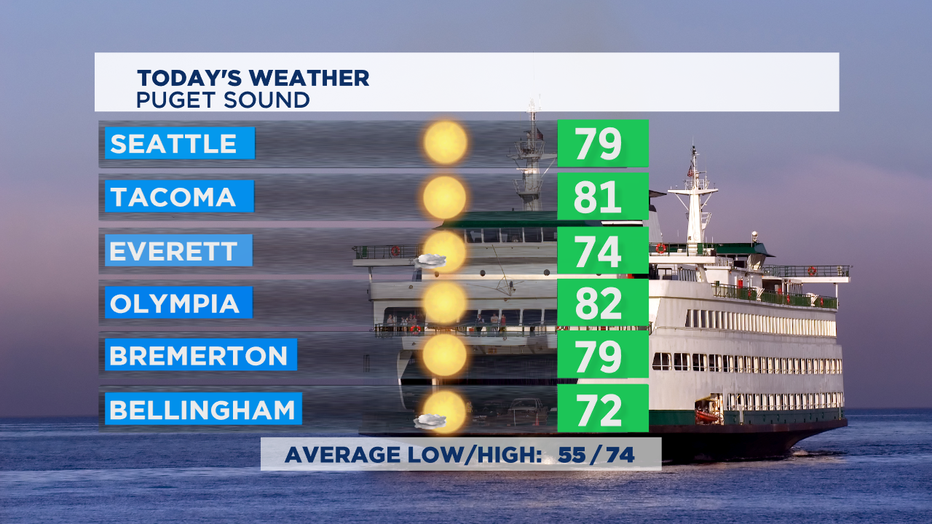 High pressure the reason for the abundant sunshine, but high pressure exterts a downward force on the air over us-- so it can trap bad air / pollution / wildfire smoke and cause air quality to worsen over prolonged periods. The good news is so far, we're only seeing air quality down into the "moderate" air quality in places like Whatcom County near Lynden and near Yakima. Those areas could expand in the next week since not much change is expected beyond another "marine push" that would deliver some possible drizzle to the coast / mountains and cool us down on Saturday back towards around 80 degrees. 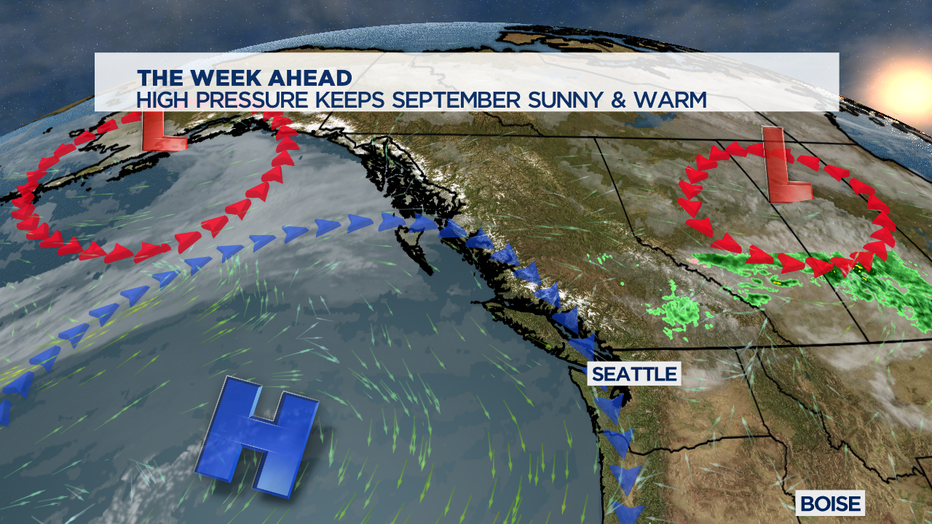 As the high pressure ridge amplifies, we'll end up with fewer to no morning clouds at all. And when winds shift to the N/NE, we'll really start to heat up around here. We could end up with several days in the mid 80s and if the forecast models fully verify the off-shore high pressure ridge, we could get near 90 by the middle of next week. 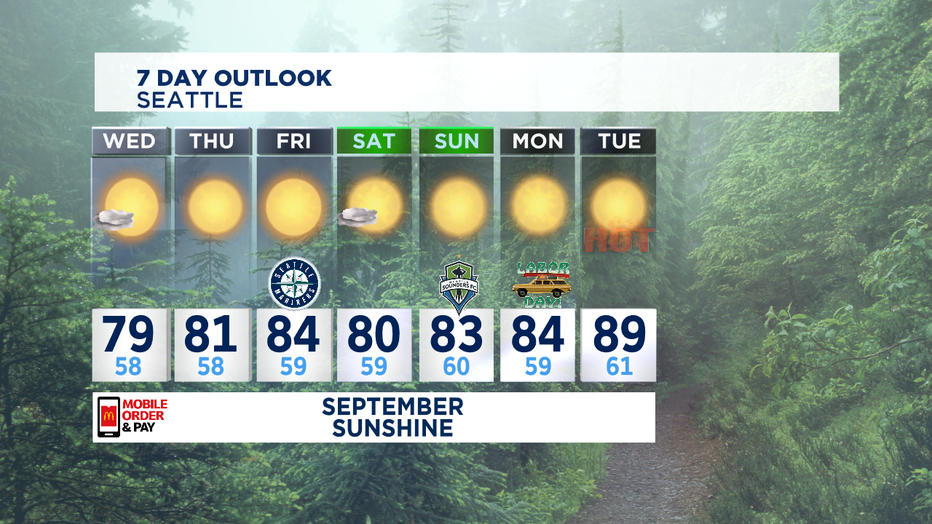