SEATTLE - After all the rain that fell Friday into today some of us saw a nice afternoon.  Clouds opened up to beautiful blue skies.  Highs are right where we are supposed to be for this time of year. And we finally have rain in the bucket at SeaTac. After last nights storm we now are at just over an inch and on our way to the nearly three and a half inch average. 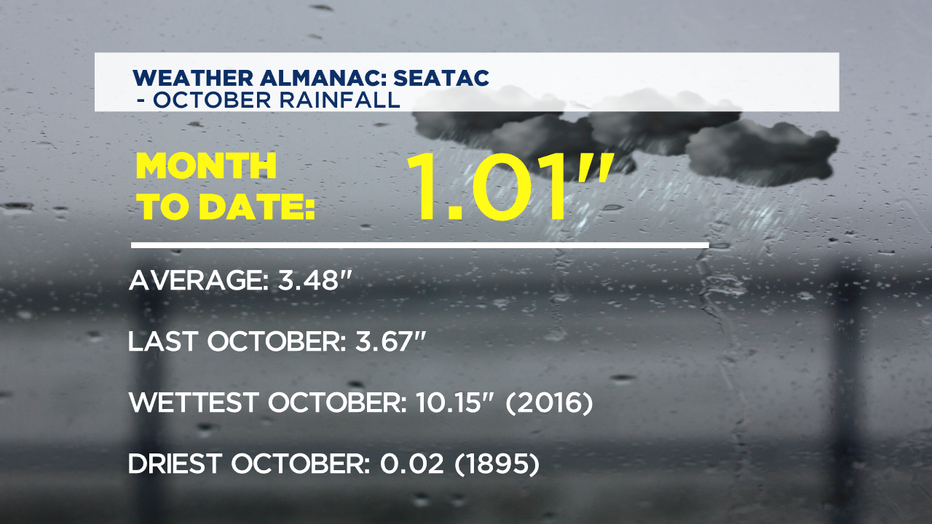 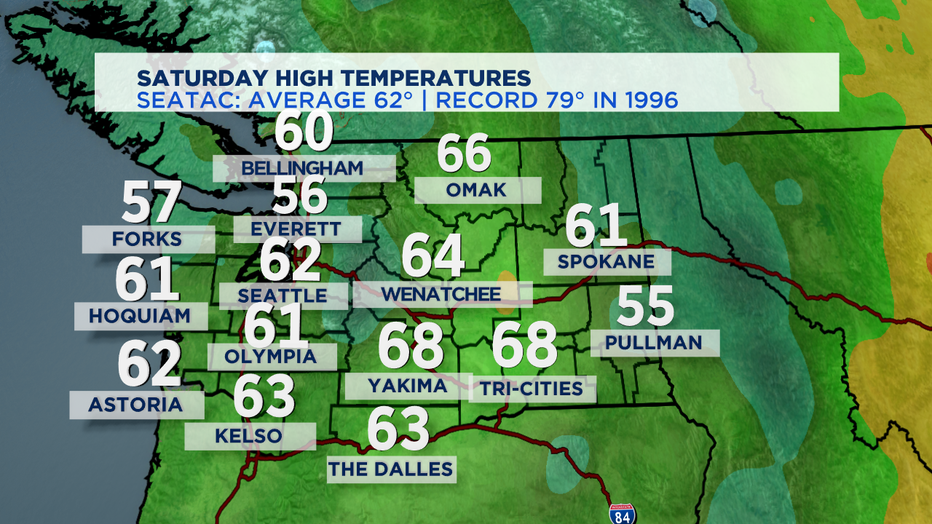 Another round of fall weather is heading our way.  Showers and winds will pick up along the coast and push inland overnight into Sunday.  Some of us will see heavy rain at times while others see scattered showers. Most of the coast will see gusty winds pushing to 45-50mph throughout the day and evening hours. Expect winds to be breezy for Puget Sound as well east into the foothills, but not gusty like the coast. Highs will run cool in the upper 50s to low 60s.

The 5:20pm kick off for the Seahawks vs Vikings at CenturyLink Field is looking like it could be a little sloppy. 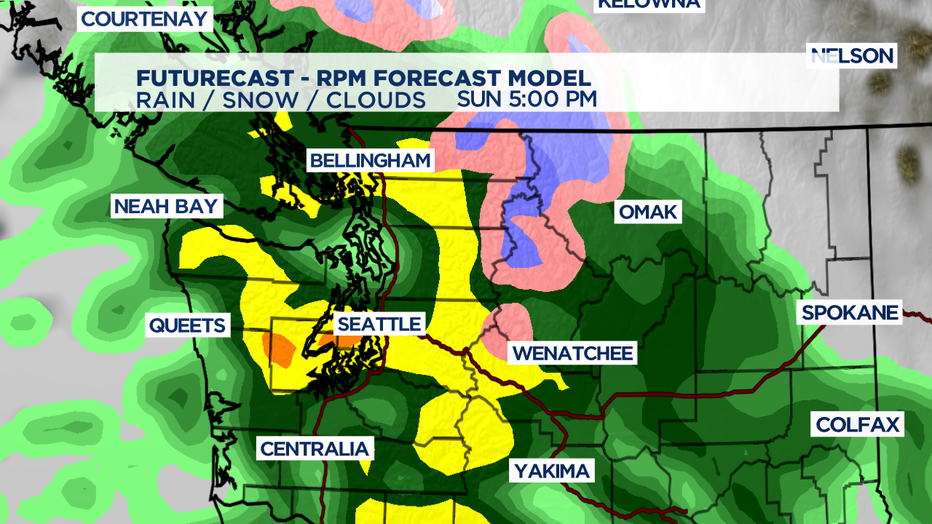 As we start the work week showers will linger into the holiday.  Clouds will decrease some for a partly to mostly cloudy day.   Highs will land slightly below our average of 62. Scattered showers are expected Monday night.  Low near 49. 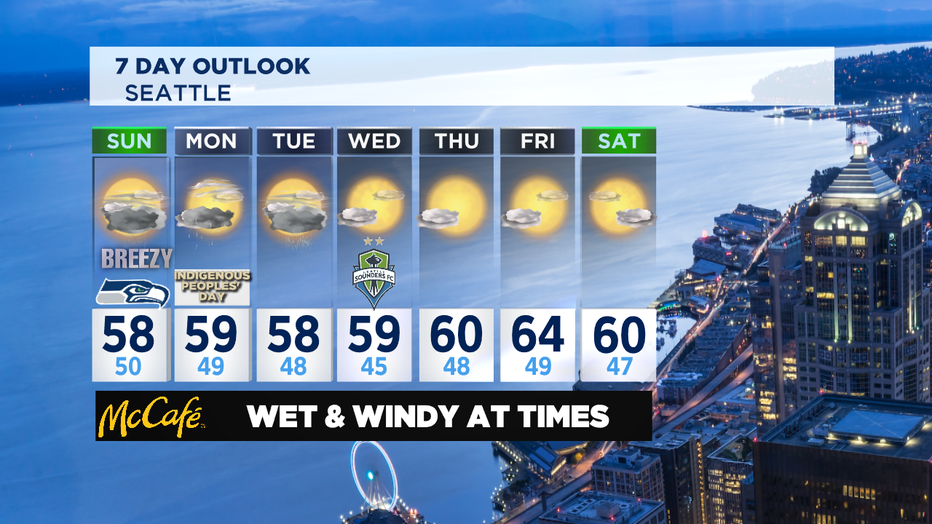