We're in that pattern now... rainy and sloppy at times.  An unsettled atmosphere will bring us rain and cloudy skies with some breaks in between.   Expect some patchy fog for the usual spots around WWA overnight into tomorrow. 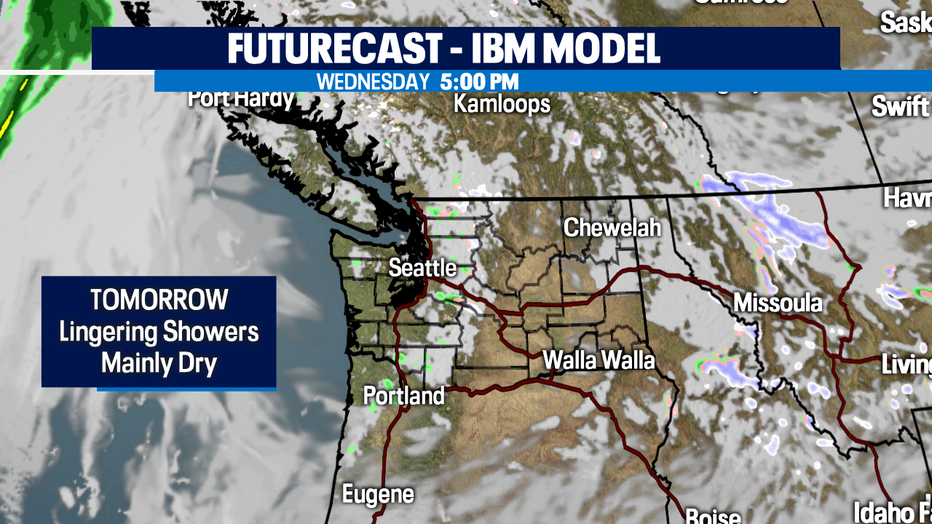 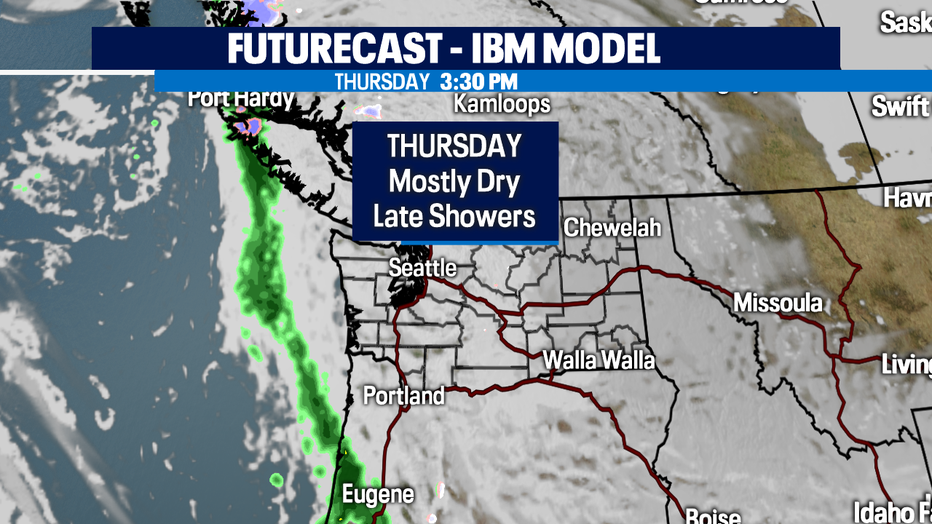 The mountains will see a few inches of snow as levels drop through the end of the week.  There's a better chance for mountain snow this weekend into the start of the work week.  Also keep an eye out for freezing rain and fog across the passes tomorrow. 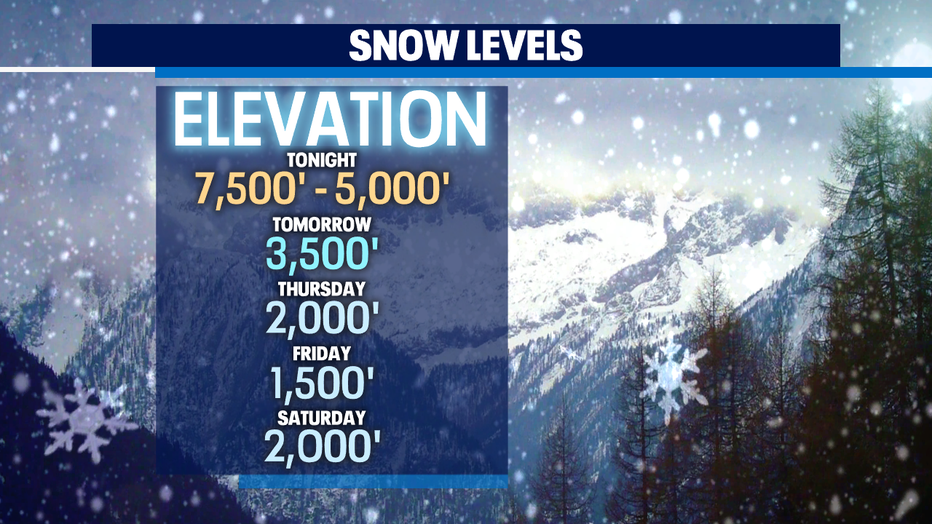 Here's a look at the break down for the rest of the week.

Saturday:  Dry most of the day with showers moving in from the SE by late afternoon.  Highs mid 40s.

Sunday:  Showers will continue through much of the day, there will be some breaks though. Looks dry for Seahawks kick-off at this point.  Highs upper 40s.

Have a great night all! ~Erin 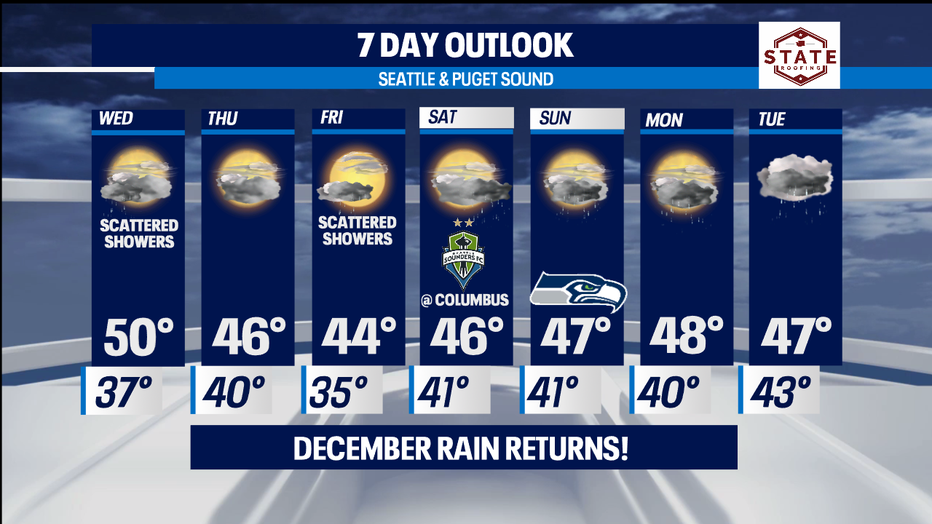