A beautiful late summer day around the state with highs well above average again.  The metro area landing in the low 80s with Forks seeing a reading of 86! 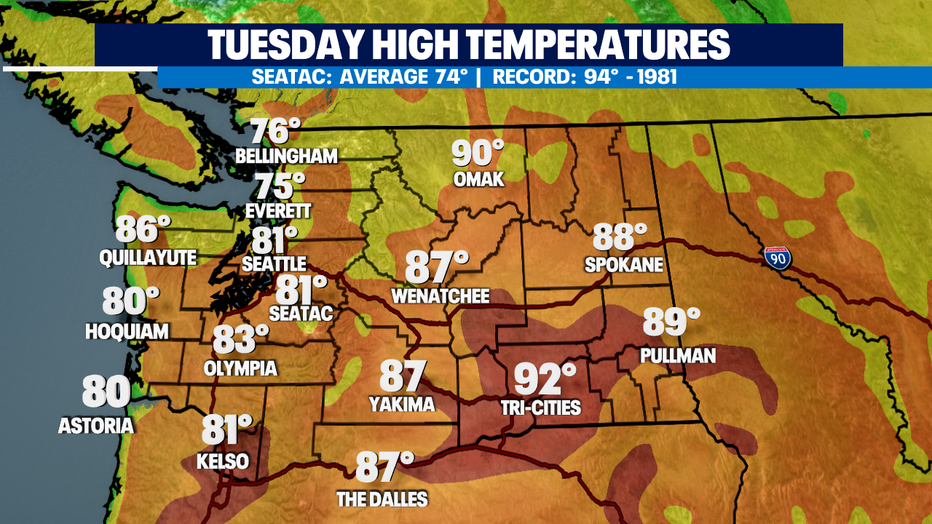 Overnight we become active!  Yes, while most of us sleep a strong front will move through pretty quickly with the system possibly producing some very heavy showers at times with chances for thunder and lightning too. 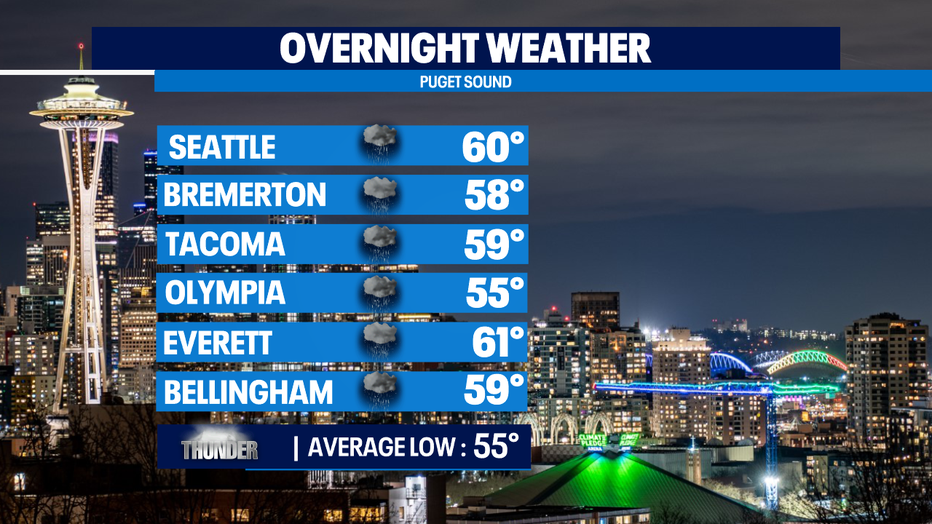 Our upper-level ridging will start to shift east opening up the door for a strong front to push into the region from the southwest very early Wednesday morning.  This system will bring heavy showers, hail, and potentially a few thunderstorms too as it rides to the NE between 12am and 8am.  Most of us will be sleeping, but don't be surprised if you're woken up by some thunder claps and lightning. 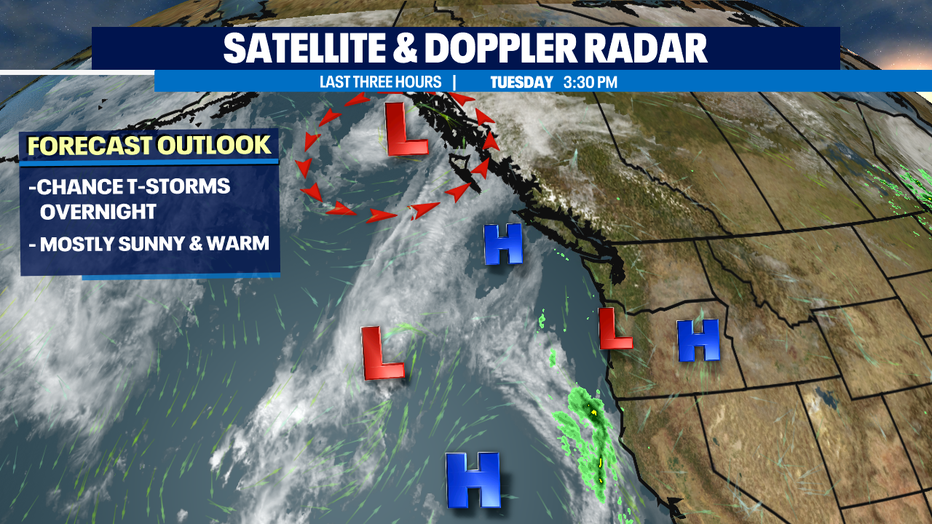 Here's a look at 3am as the upper atmosphere is a bit unstable producing some hefty showers. 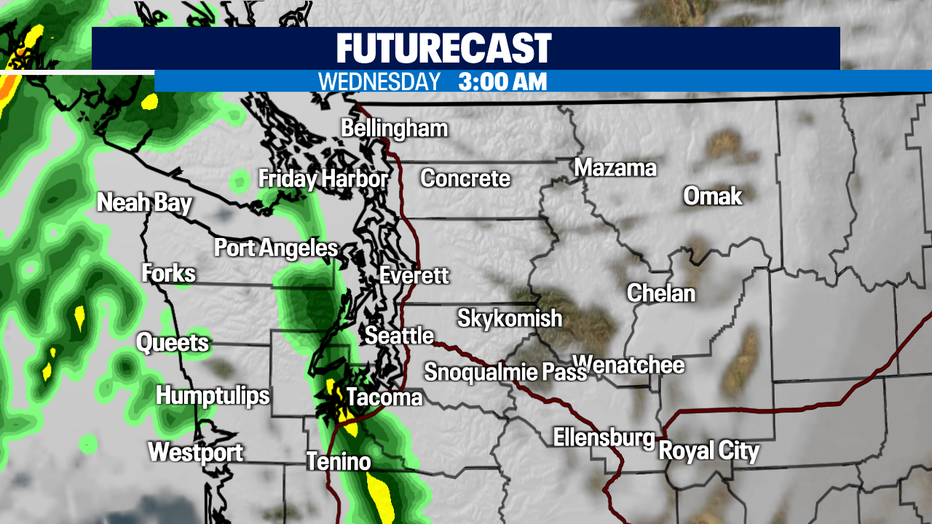 By about 4:30am showers climb up over Snoqualmie Pass and into Western Snohomish County.  The NW Coast will also see stronger cells too. 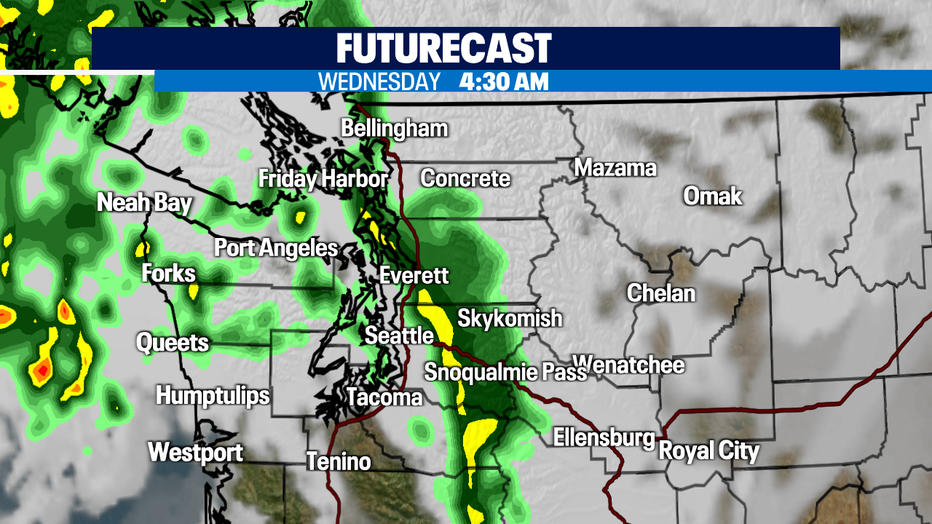 And by 8am most storm activity should exit the region to the north into British Columbia. 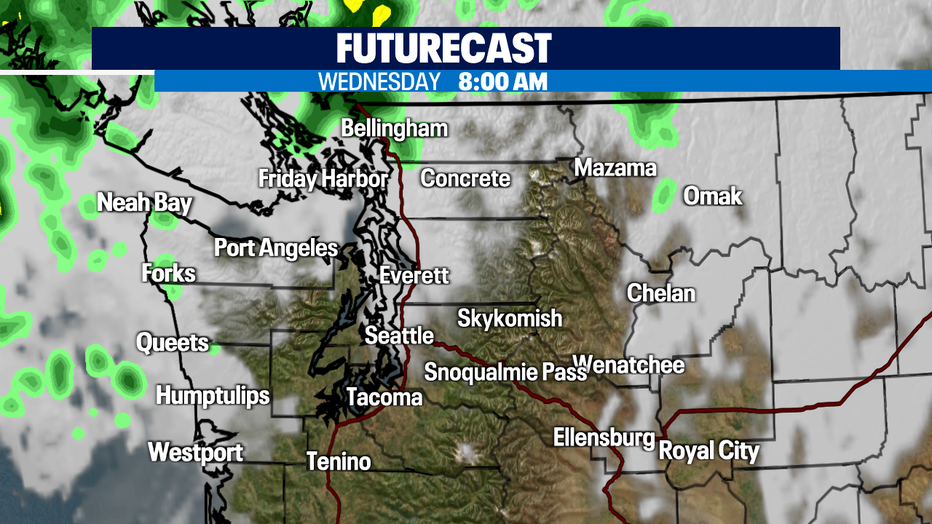 A week disturbance could brush up against the region Thursday, mainly producing a few light showers for the Coast and North Cascades.  Otherwise we'll stay mostly dry enjoying some late summer sunshine. 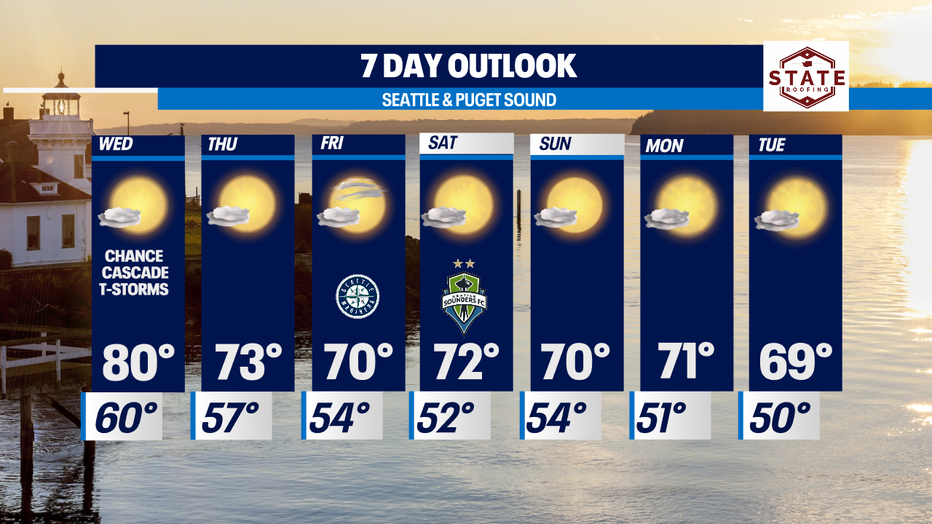 The Mariners return home Friday to open up a series with the Diamondbacks of Arizona… roof open!  Take a light jacket or sweatshirt as temps will cool pretty quickly after the 7:10pm first pitch from T-Mobile Park.  Then Saturday, the Sounders hit the turf at Lumen Field hosting the Loons from Minnesota United FC.  Kick off set for 2pm with temps in the upper 60s to low 70s through the match.  Enjoy!

Don't forget the official kick off to the Fall Season is Wednesday, September 22 at 12:22pm.

Have a great night all! ~Erin Mayovsky, Q13 Forecaster 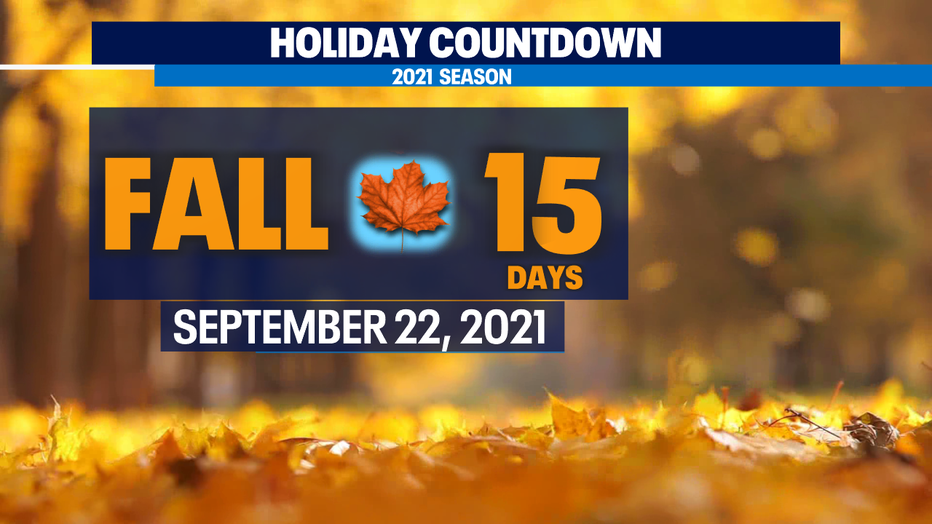 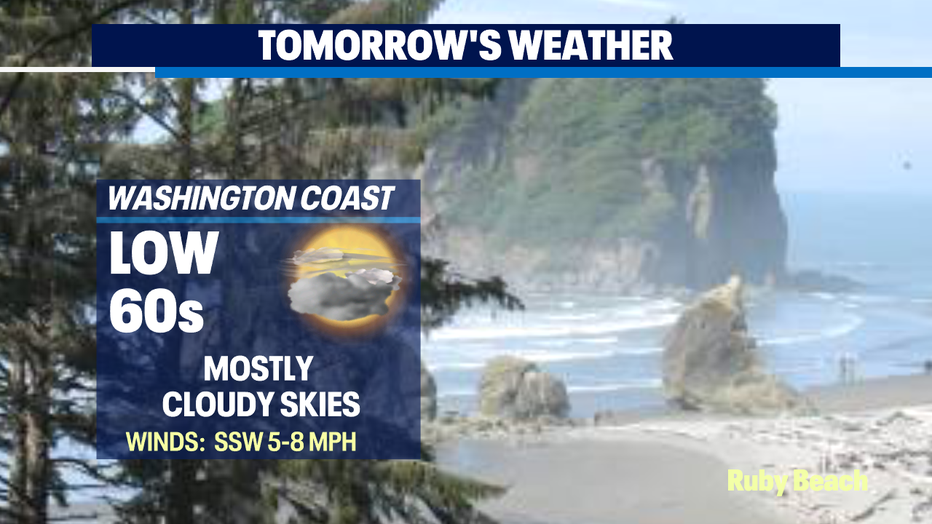 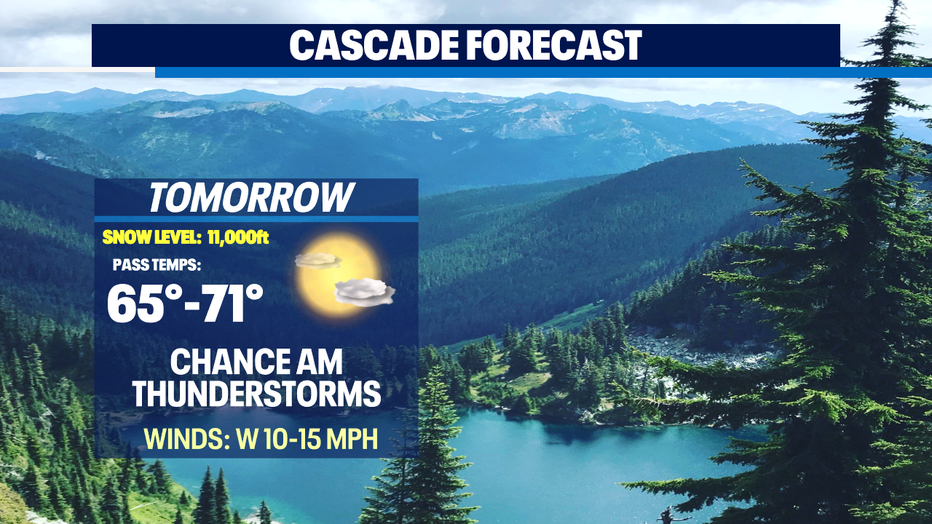 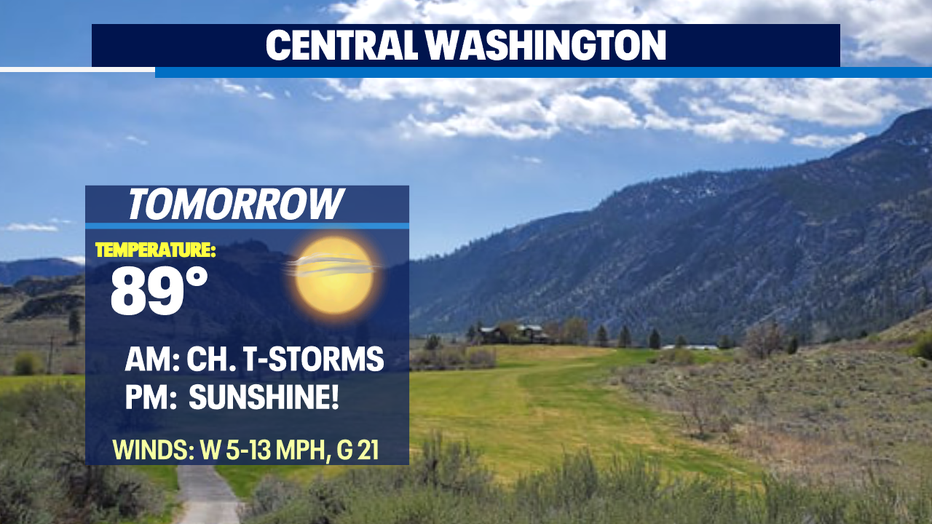 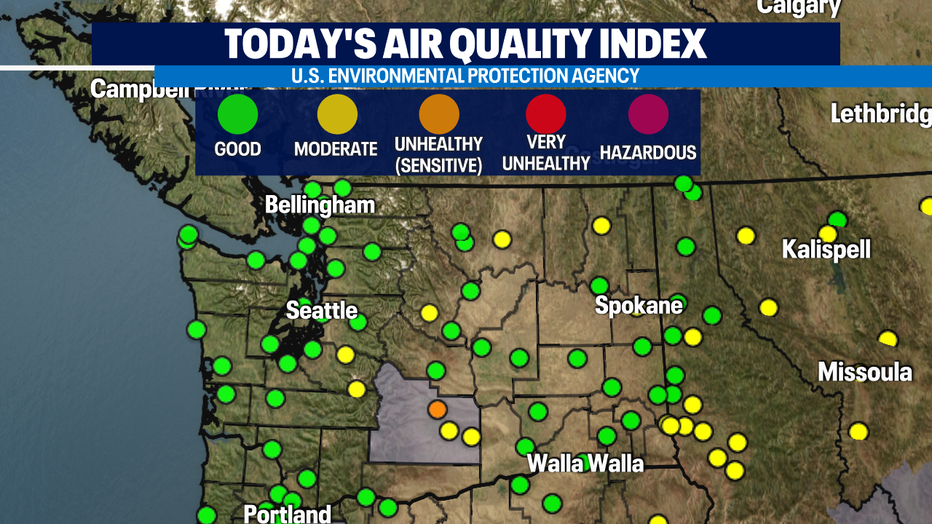