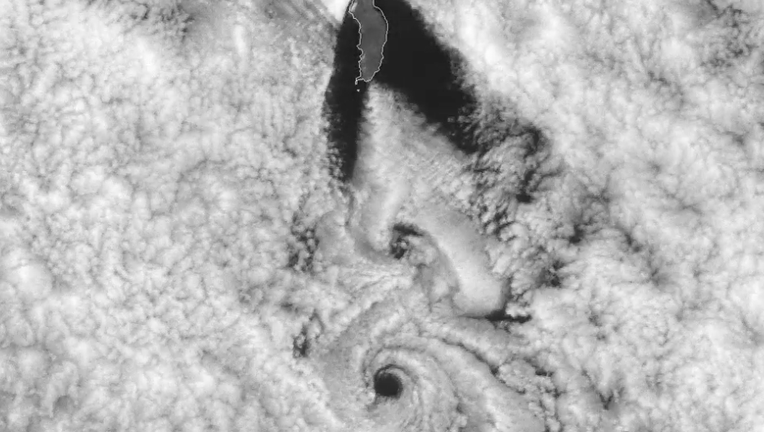 A Von Karman vortex forms in the wake of Guadalupe Island, Mexico on May 17, 2021. (Photo courtesy: NOAA / National Weather Service)

Have you ever been at a babbling stream and watched the current dance and swirl around the rocks?

Now imagine it on a much larger scale, with clouds -- not water -- and one very, very large rock.

The swirls, known as a Von Kármán vortex, are caused when the northerly winds run into the small, yet dramatically mountainous terrain of the islands, which produce the twisting eddies in their wake. When those winds carry some marine fog along for the ride, it provides a gorgeous easel to showcase the intricate interactions between rock and breeze.

Theodore von Kármán, whom the vortex is named for, was a Hungarian-American aerospace engineer who co-founded NASA's Jet Propulsion Laboratory, according to NOAA.

Several other island chains around the globe can produce these von Kármán vortexes and they're a favorite photography target of astronauts on board the International Space Station. Here are some swirls off Alaska's Aleutian Islands: 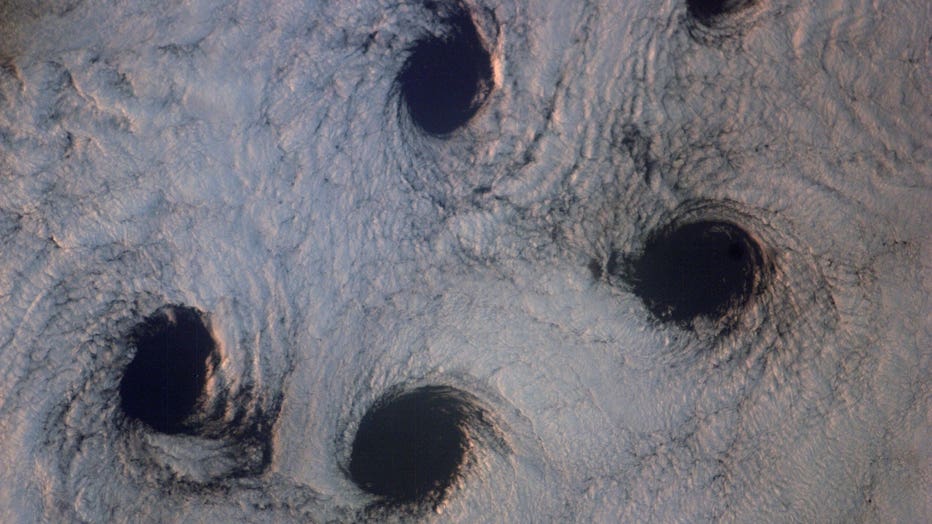 Von Karman cloud vortices near the Aleutian Islands are featured in this image photographed by an Expedition 15 crewmember on the International Space Station in May, 2007. (Photo: NASA)

But Guadalupe Island  is a real "fan favorite" with frequent von Kármán displays: 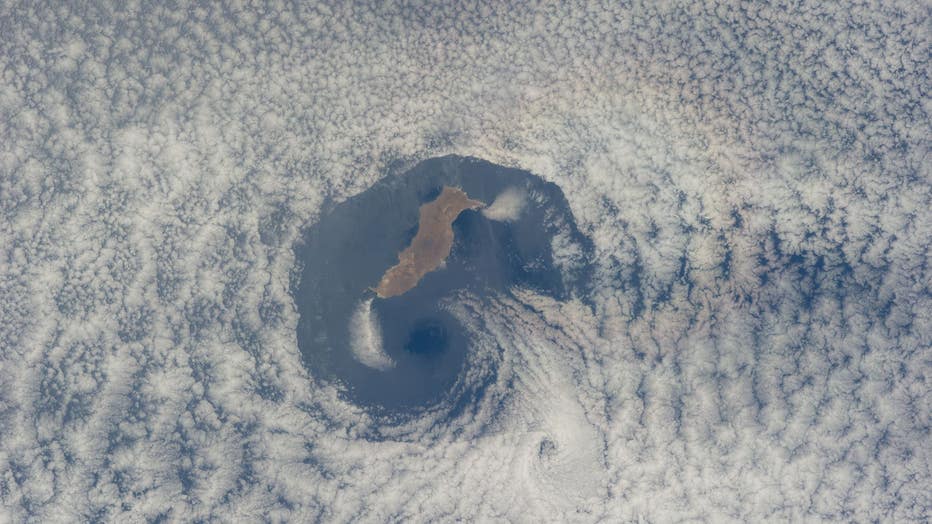 From an altitude of 223 nautical miles, one of the Expedition 40 crew members on the International Space Station photographed this nearly vertical image of Guadalupe Island and the Von Karman cloud vortices that are its storied neighbors just off sou 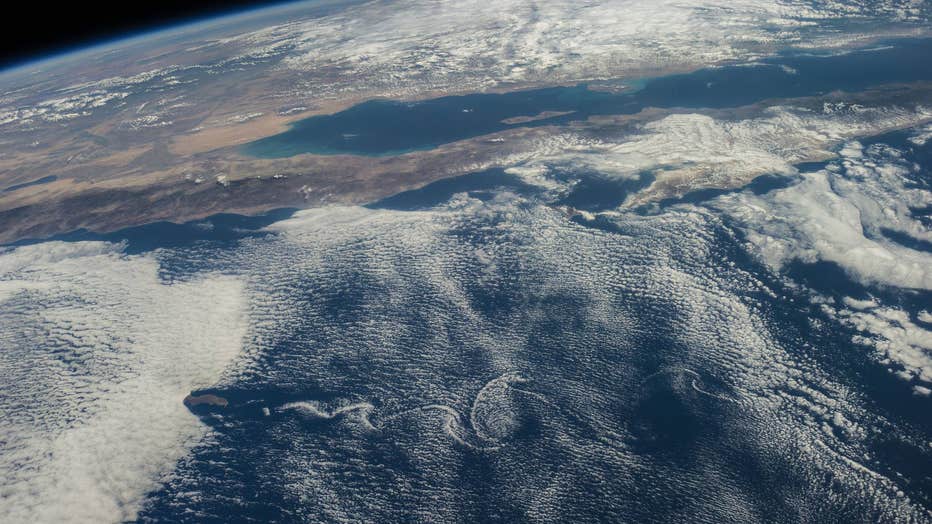