Seattle - Showers are still popping up this morning in the higher elevations of Western Washington, but more sunshine will peak through the clouds this afternoon.

Saturday will bring a break from the rain for most lowland spots west of the Cascades. Expect a mix of clouds and sunshine with highs returning to the mid 50s. 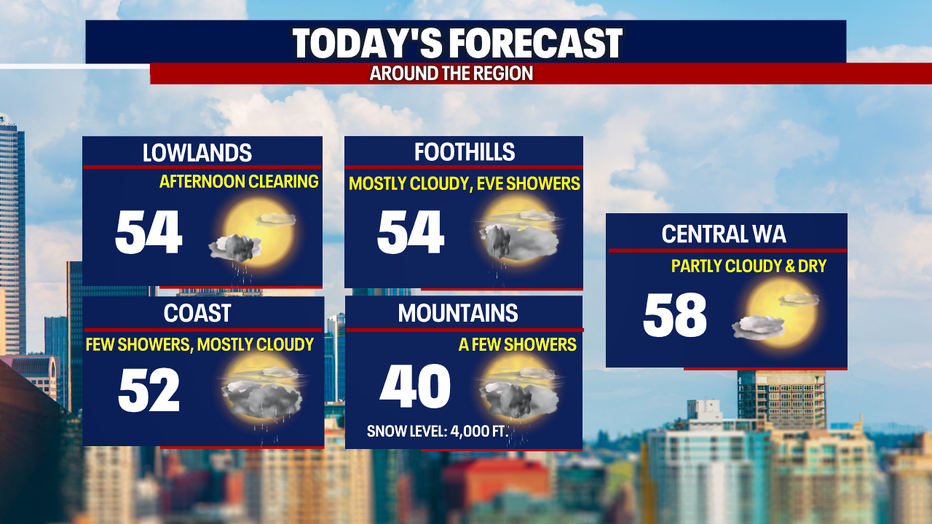 A much stronger storm hits on Sunday, bringing widespread rain, breezy winds, and heavy mountain snow to Washington. Sunday will start with light rain, with more intense rain picking up overnight Sunday into Monday. Rain totals will be most impressive away from the rain shadow of the Olympic Mountains, but most areas will see over an inch of total rainfall through Monday evening. Widespread river flooding is unlikely, but we will be keeping a close eye on it. Thunderstorms are also possible on Monday after the main band pushes east. 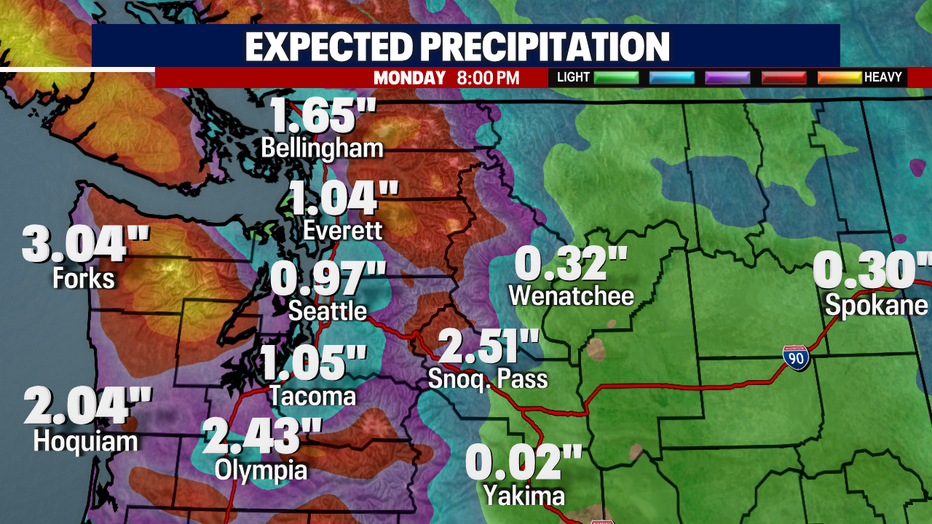 Snow levels will be between 3,000 and 4,000 feet Sunday and Monday, which will mean a mix of rain and snow for the pass levels. Monday's drive over the mountains will be more treacherous as snow levels drop. Strong winds at times could make visibility an issue as well. 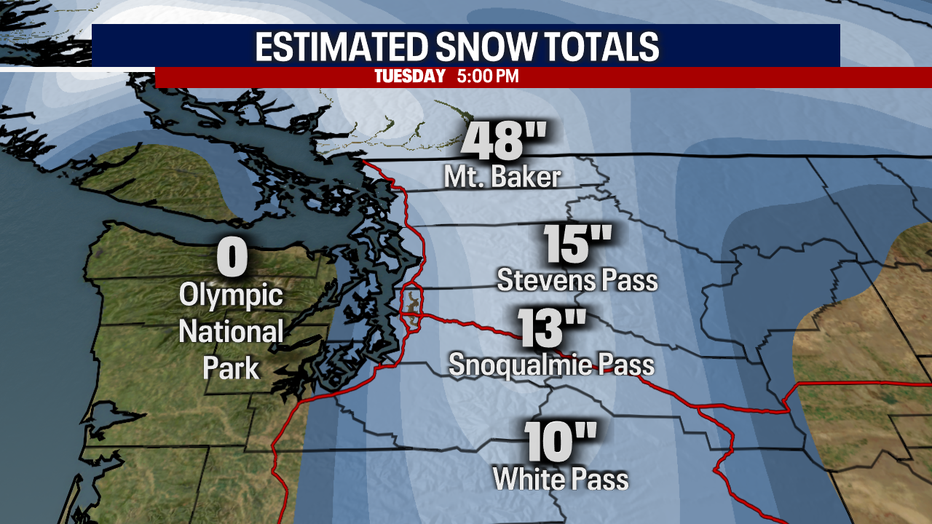 After a few leftover showers on Tuesday, the weather looks much calmer the rest of the week. Temps will warm slightly with highs close to 60 degrees on Thursday. 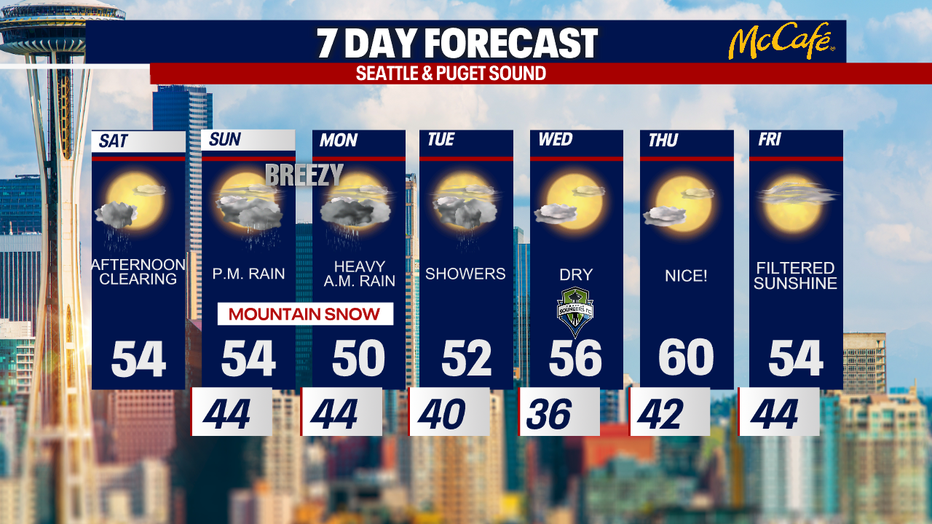