Even though the atmosphere settles down overnight, temperatures remain frozen. Ice and snowy roads could be an issue all day Monday.

The daylight hours Monday will be pretty quiet. There will be few flurries here and there, but it will be mainly dry. Very cold conditions continue in the North Sound, with Fraser Valley outflow winds kicking wind chill temps into the single digits, close to zero degrees. Bellingham will be frigid the next few days. 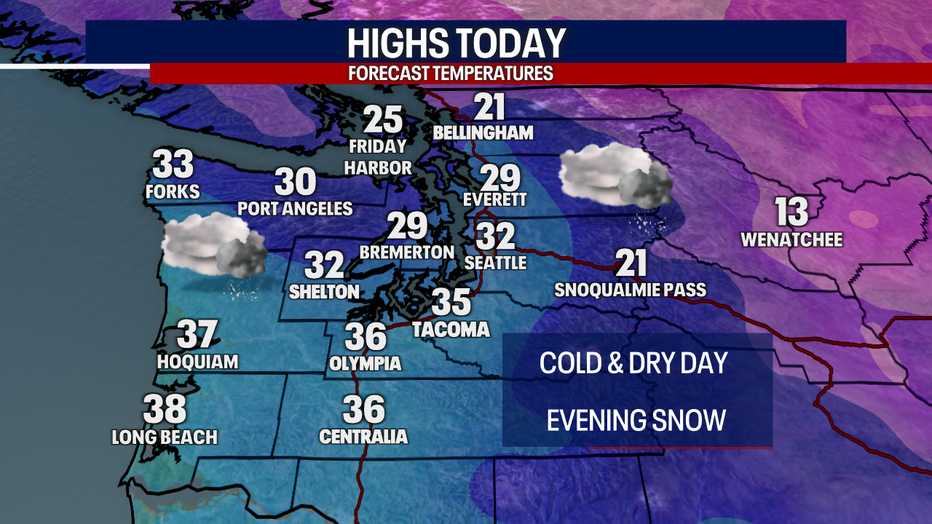 Starting after dinnertime tonight (7:00-9:00 p.m.), light snow will begin falling around the Puget Sound area. This will be widespread at first, with light snow expected throughout the Puget Sound area. At some point overnight, the rain/snow line will push north, limiting accumulation in the south sound (Tacoma, Olympia) where it will transition to cold rain. Unless the models push that line farther north than expected, it will stay falling as snow from the Seattle area north to Bellingham through the night.

In this graphic you can see that rain/snow line around Sea-Tac at 5:00 p.m. 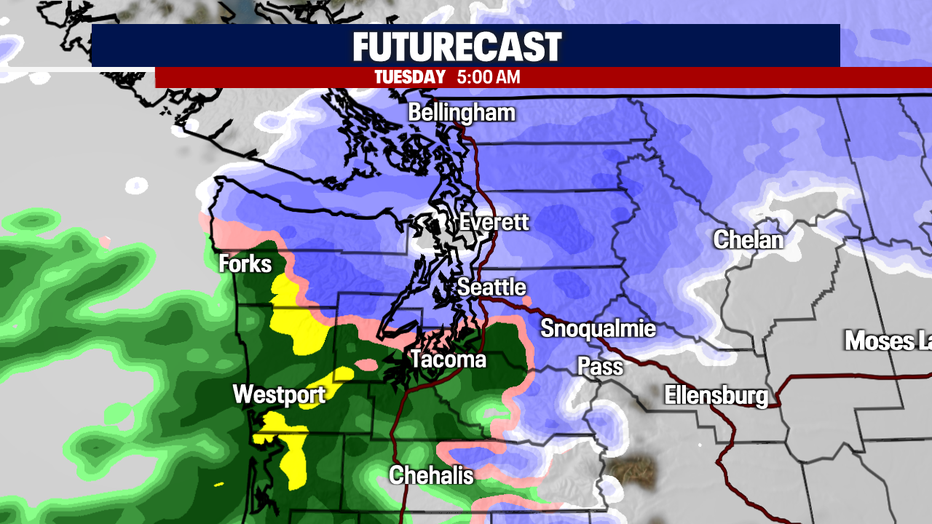 Right now, 2 to 4 inches are expected in the greater Seattle area, with the potential for more in spots with heavy precipitation. Snow will taper off starting Tuesday morning from north to south. Bellingham dries out first, then Everett, then Seattle. The mountain passes could see 18 to 24 inches. Meanwhile, areas like Port Angeles could see close to a foot of snow. 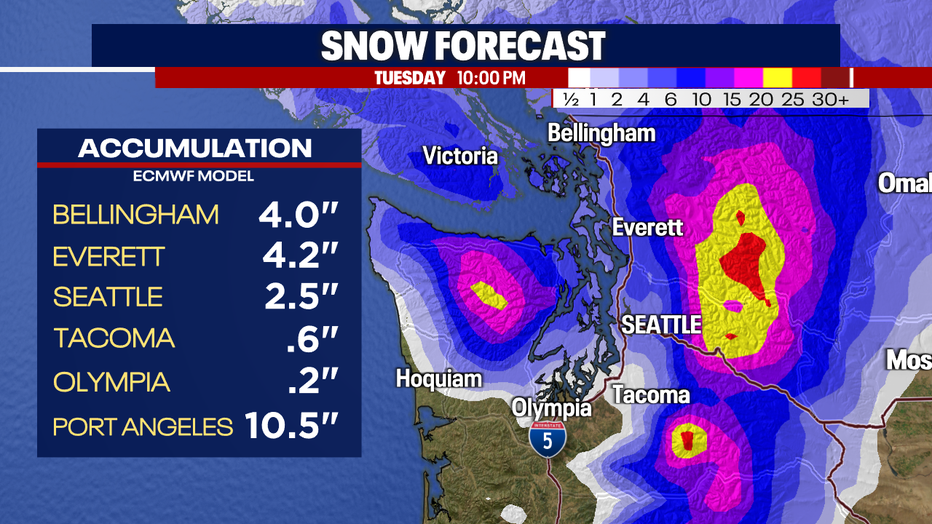 The roads could be a mess north of Seattle for the morning commute Tuesday with several inches on the ground by daybreak. If you have to go out, be prepared for winter driving conditions. 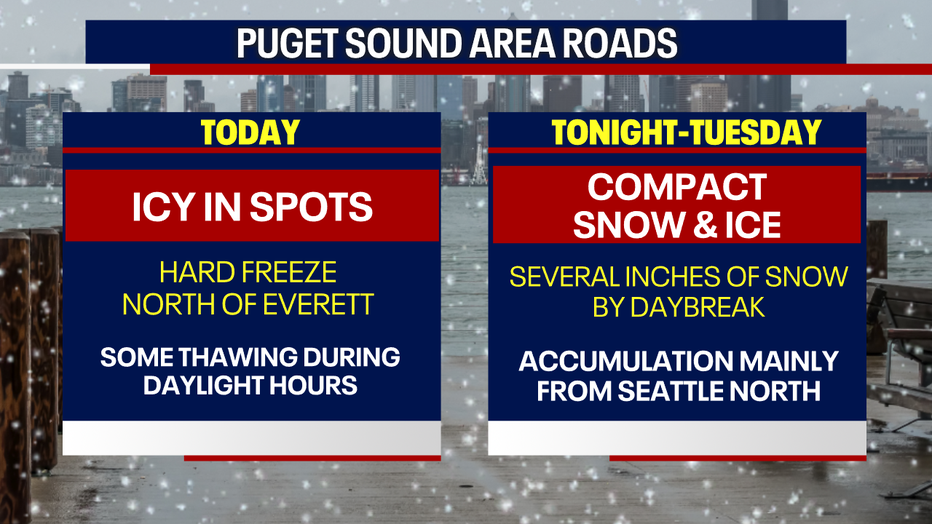 Widespread snow will be finished by the afternoon, however isolated snow showers will remain, especially in the convergence zone. Temps will stay chilly through Friday morning with no opportunity for significant melting until Friday afternoon when rain showers return. 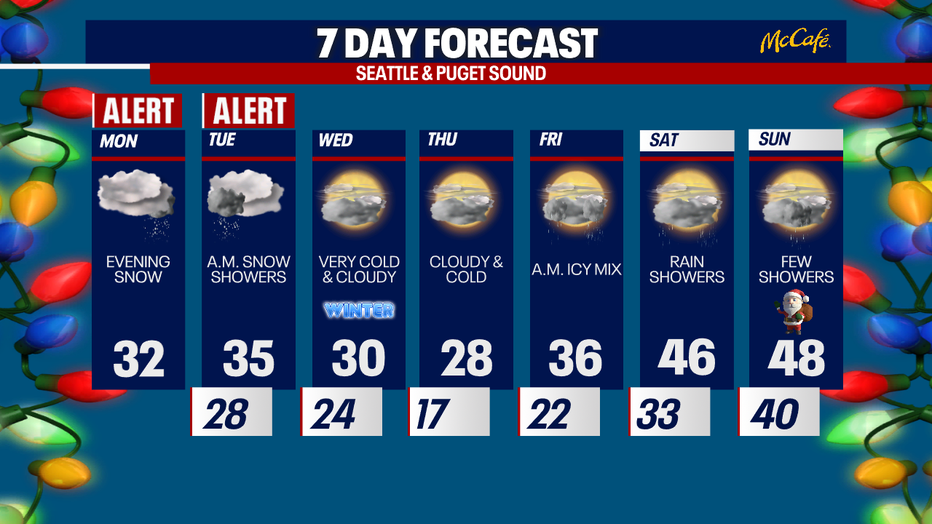