Mostly dry Wednesday before rain picks up again on Thursday

A winter weather advisory ends for mountain areas at 5 a.m. on Wednesday

SEATTLE - What a day across the Northwest!

Rain, wind, and mountain snow prompting a "Winter Weather Advisory" over the Cascades. Highs ran much cooler too, only hitting 51 at the airport. 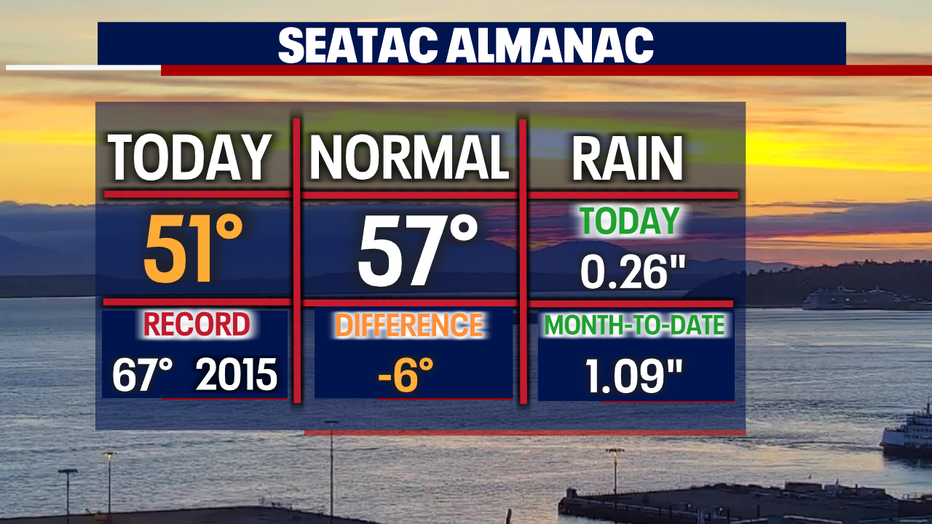 Overnight rain will decrease as temperatures cool. Look for some chilly spots for folks southwest of Seattle. Shelton drops to 37 by early morning. Brr! 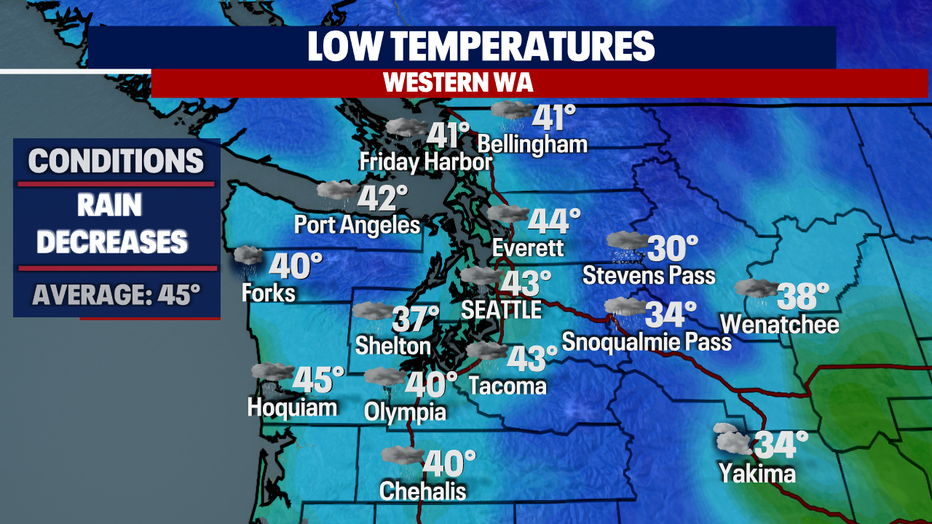 A "Winter Weather Advisory" stays in effect through early (5 a.m.) Wednesday morning as this system continues to pump out snow 4,000' and above. 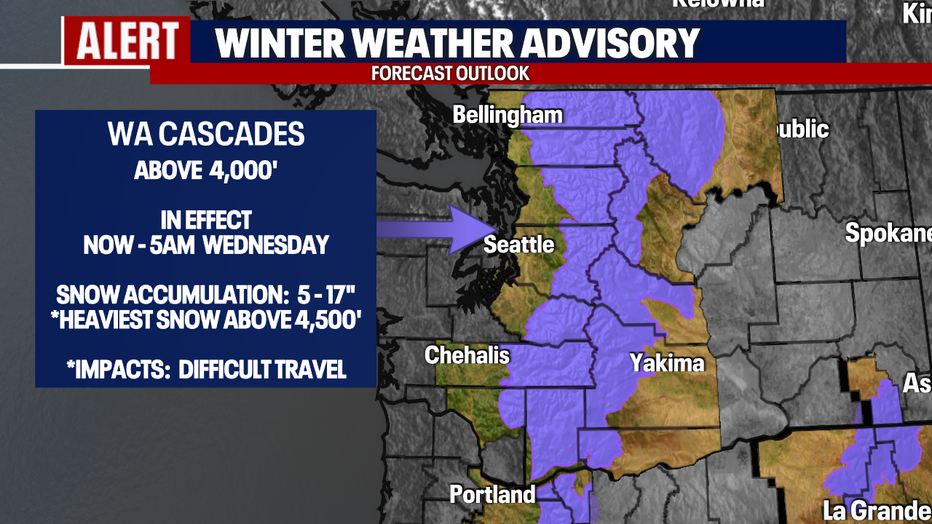 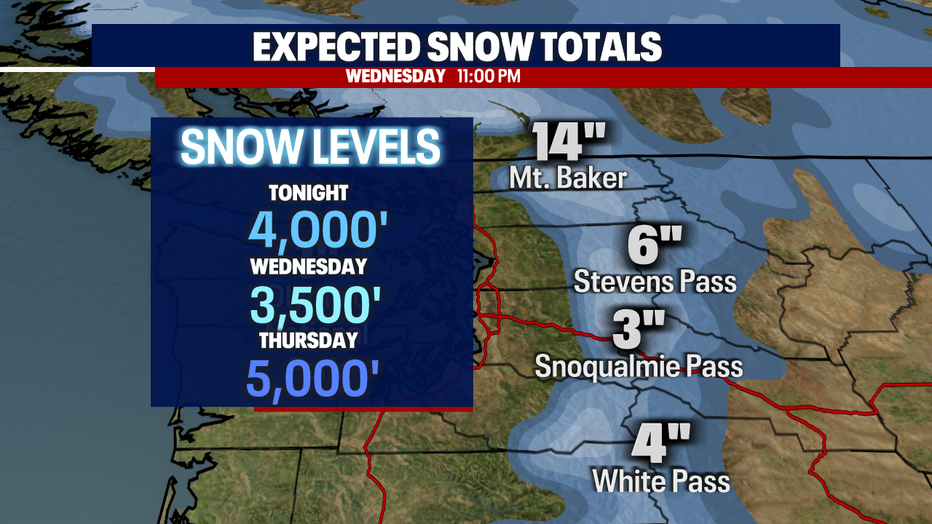 We'll see a bit of a break from the rain tomorrow ahead of the next short wave of showers later Wednesday night into early Thursday. Showers are the heaviest overnight Wednesday and then diminish some into just scattered showers by the morning commute. 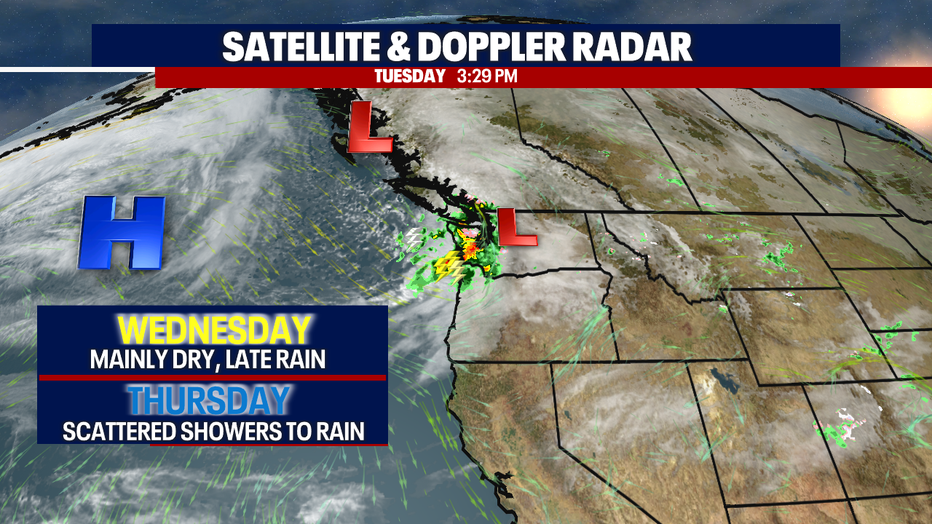 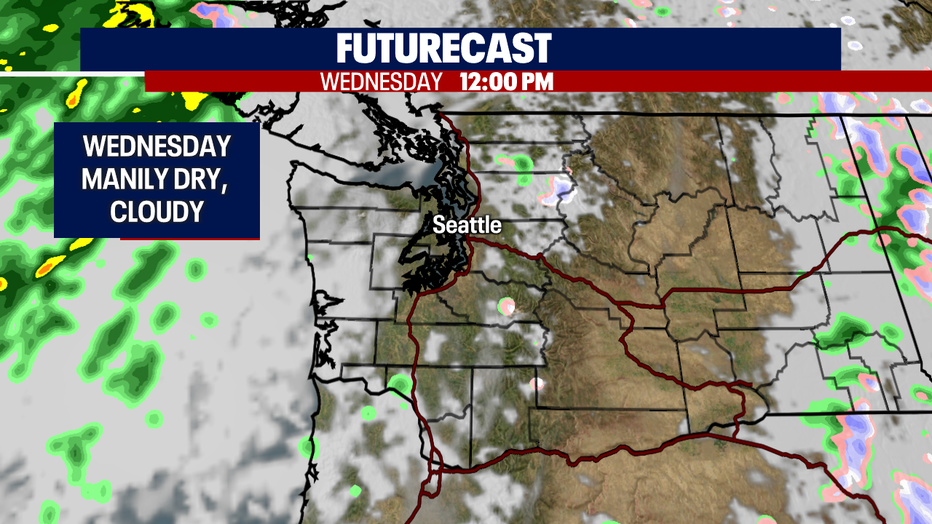 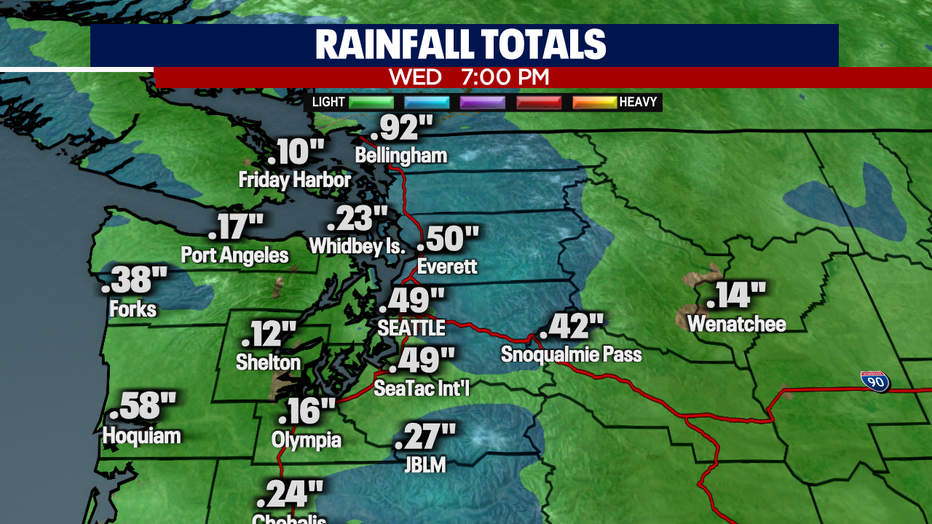 Rain picks up again Wednesday afternoon/evening as the next front moves over Western WA. Snow will fall across the northern and central Cascades too. 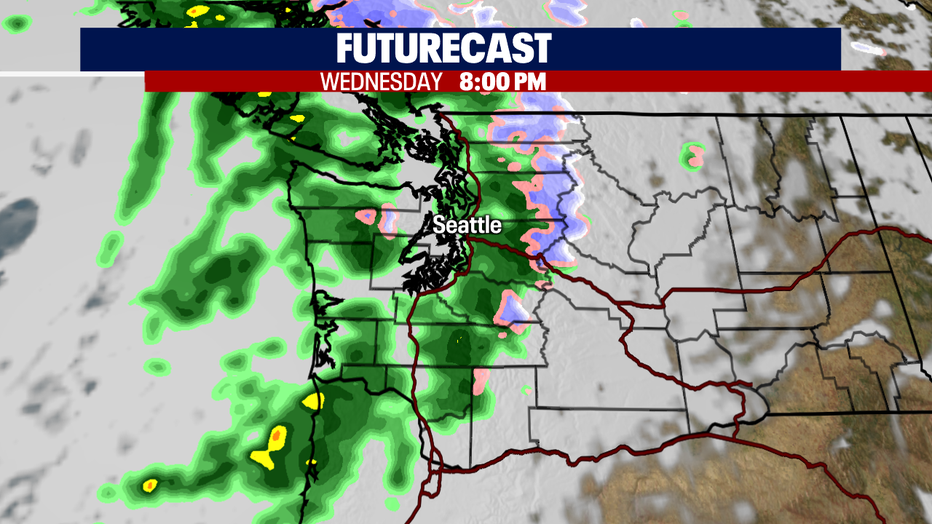 Temperatures Wednesday and Thursday look to be a touch warmer landing in the mid to upper 50s.  Winds will kick up again Thursday too. We could see gusts up to 40+ mph. 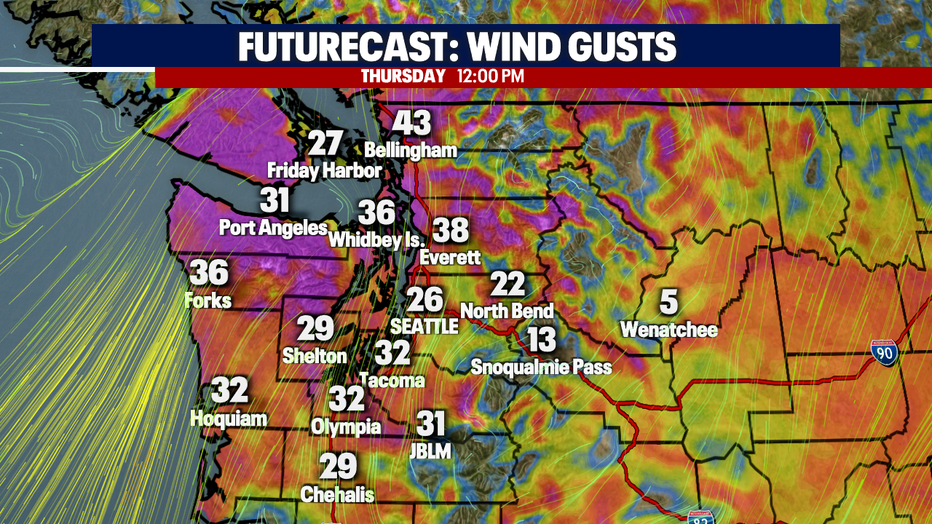 Showers pick up for the weekend.  Most rain activity will fall south of Seattle and over the mountains.  Highs sit near 55.  Sunday starts out dry, but showers will develop along with breezy to gusty winds.

At this point Halloween has a decent chance at seeing showers on and off at times.  Boo!  Stay tuned.

Have a great night all!  ~Erin Mayovsky, FOX 13 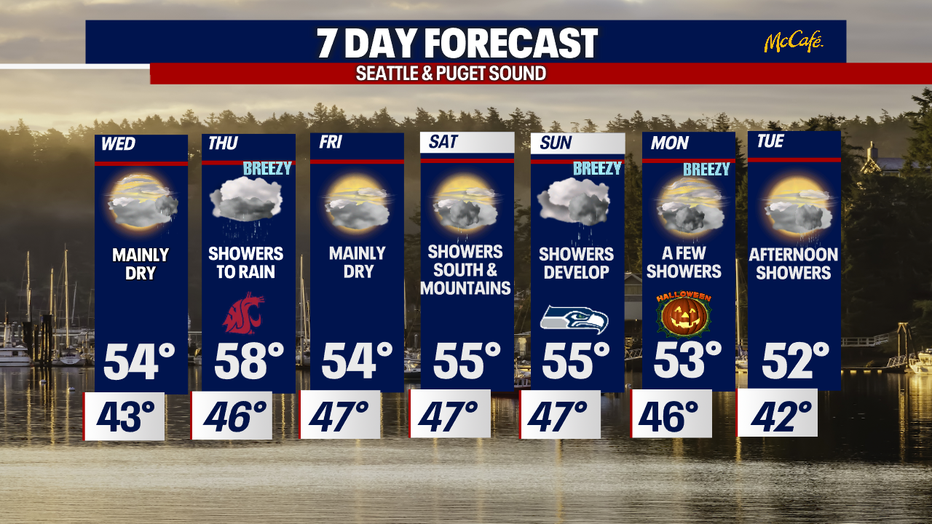 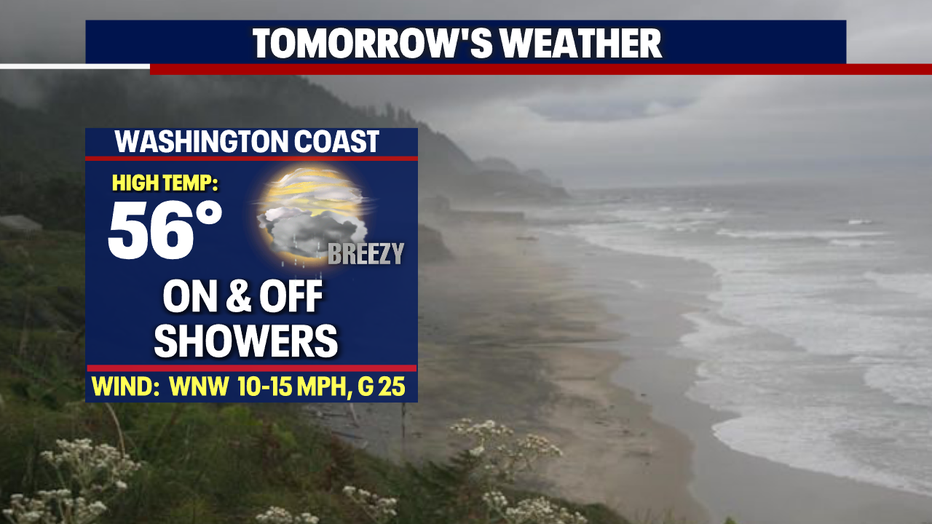 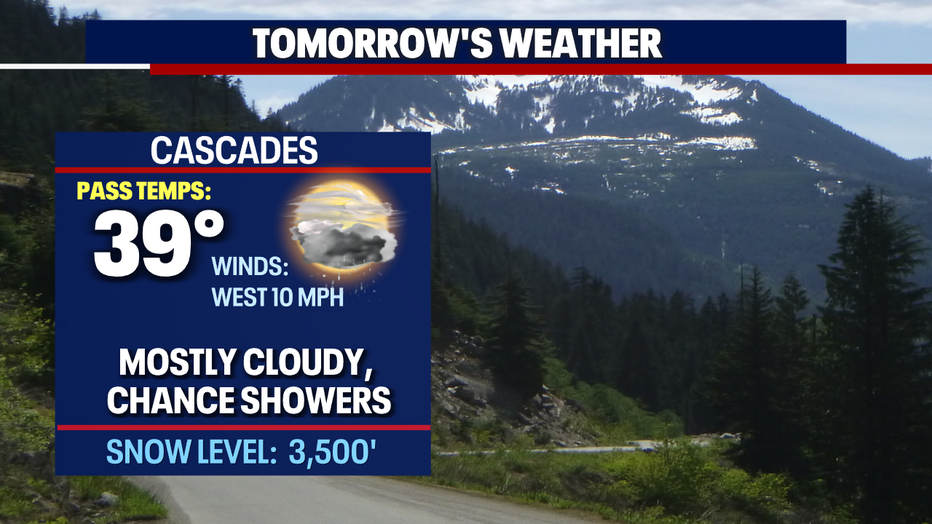 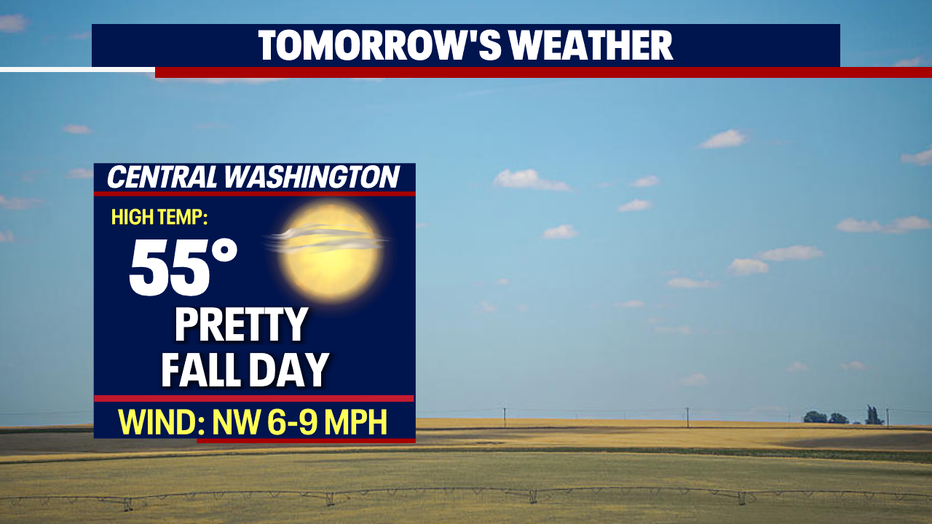