Snow levels dropping throughout the week

Temperatures will stay consistently in the mid-40s this week.

seattle - Parts of Whatcom County got a light dusting of snow on grassy surfaces. As temperatures continue to warm, precipitation will mainly be in the form of scattered cold rain in the lowlands. Best chance of seeing snow will be closer to the Cascades. Our mountain passes will pick up only a couple of inches of snow today. 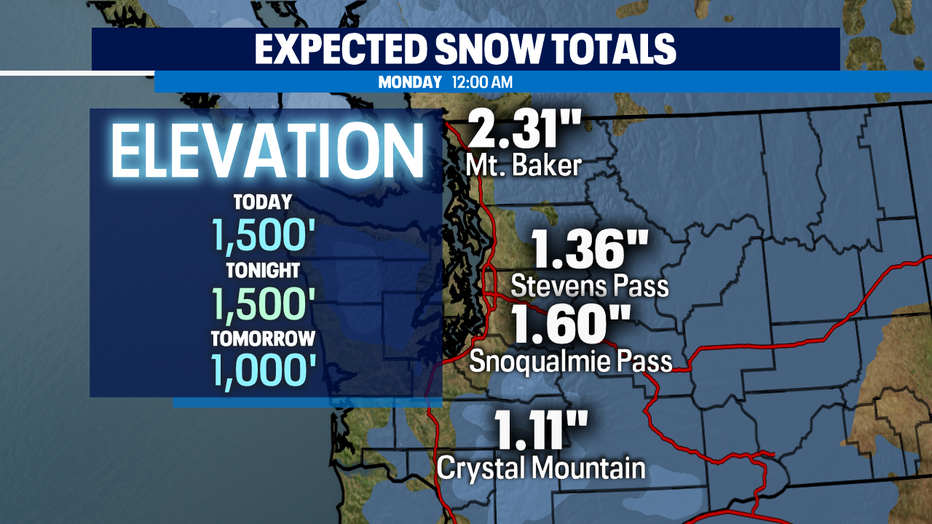 Snow levels will remain low at about 1000' on Monday. As temperatures drop overnight, there is a chance for light snow once again in Whatcom County and the foothills. It looks to be pretty similar to what we saw this morning. 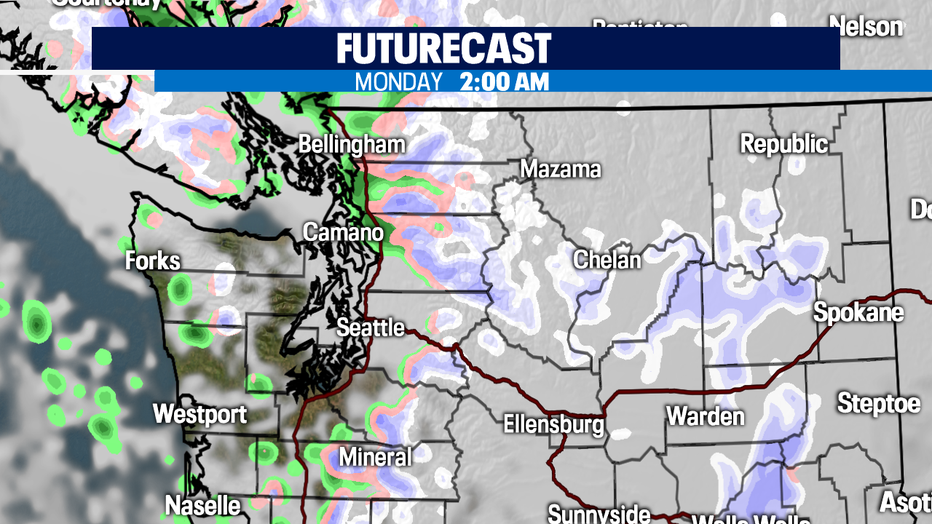 Another system will move across Western WA on Tuesday night through Wednesday. Snow levels will be between 500'-1000' and with low temps around freezing, there is the potential for lowland snow and accumulations of less than an inch. Higher accumulations will be possible in the Cascades and Olympic foothills where an 1"+ is possible. A couple systems will move through the area Thursday through Saturday and additional low snow accumlations are possible but right now, amounts look to be minor. Best chance for snow accumulations will be over the higher hills above 500', Western Whatcom County away from water, and near the Cascades. Snow levels will rise to 2000' by Saturday, decreasing our lowland snow potential. 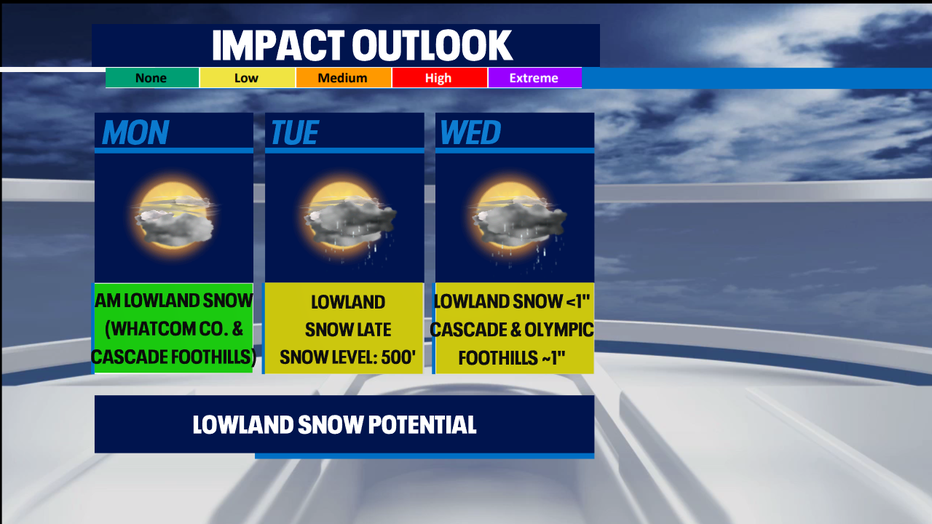 Temperatures this week will be below average with highs in the mid 40s and overnight lows in the low to mid 30s. Temps will be back to the norm by Saturday. 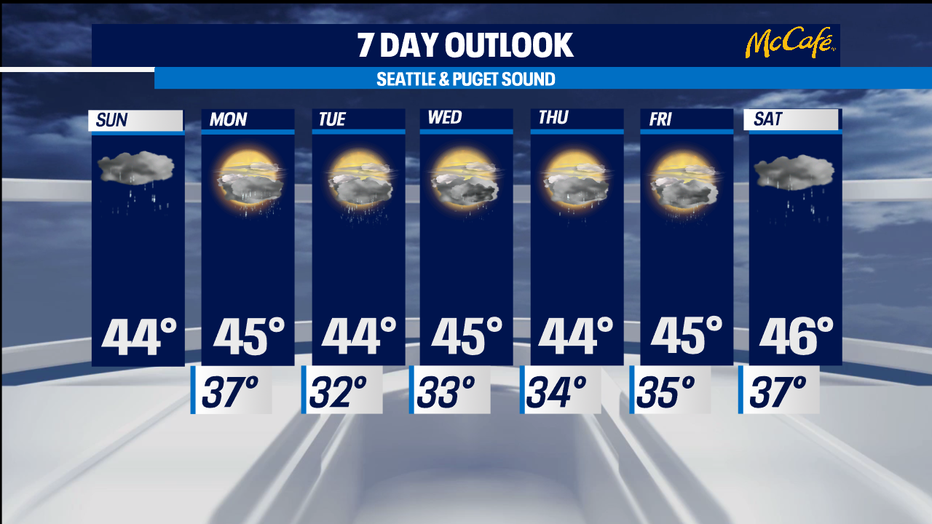